The shows in Las Vegas have always intrigued me, but admittedly I’ve only been to a handful of them. Yet every visit, I see billboards for The Blue Man Group sprawling the dessert landscape, and have often wondered, “what’s all the fuss about?” Turns out there are a million and one ways to celebrate this performance group of incredibly talented artists, and this month Angelenos get to experience exactly why they are so beloved.

This past Thursday marked opening night at the Hollywood Pantages of The Blue Man Group. Beginning with their candid and humorous red carpet appearance before the show, to a star-studded audience thrilled to see them on the bieg stage, the show that followed was nothing short of spectacular.

Opening with a stage setting that was a cross between Max Hedron (A 1980s digital veejay on MTV) and a vacant industrial warehouse poised with machine parts, walls of containers, old televisions, wiring much like the interior of the circuit board on a web server, and three blue men. Toggling between beating subtly yet powerfully on a standing drum kit and tapping noise-and-color activated squares on one floor, Blue Man No.1 starts a beat. Joined on the other side of the stage comes Blue Man No.2 playing his drum kit, tapping varying props and keeping time with the first Blue Man. Seems simple but its anything but as the audience begins to feel the music now filling the gorgeous space of the Pantages Theatre. As the beat engages the audience, Blue Man No. 3 joins in and the “band begins to play”.

The nuances, the playfulness, the depth, the acting, the physical comedy, and the MUSIC! It is like nothing you are likely to have ever seen. There is a profoundness to their show—one that has more meaning than anticipated. The implementation of digital technology, synthesizers, basic items like plumbing tools and pvc pipes, a bubble gum machine full of ping pong balls, and colorful props ignite the mind with such a positive energy, it was felt sprawling out into the audience.

The highlights were audience interaction and how seamless the Blue Men performed, all without saying a single word. Much like the days of Charlie Chapman and Buster Keaton, what the Blue Man Group have done is transform the realm of traditional entertainment, the impact of music, and the power of interacting with a live audience. The show is beautifully performed and cleverly composed, with an invitation to silliness, social inclusion, and performance art of the likes we rarely see today.

The use of physical comedy amplifies their talents as performers and throughout this performance, they not only put on a compelling and uproariously upbeat show, they invite random members from the crowd up on stage. The messaging being that we are all one sharing in a collective experience that proves we are all nervous, all unique, and all courageous in our own ways—and that is refreshing.

During this performance, the Blue Men began an audience participation segment where each held large hand drawn signs and took turns playing to the crowd before them. We were asked us to read and chant the signs back aloud (mind you all of this was asked of us without them speaking a word; a testament to their talent). The sings read: YOU, US, WE. As if to say, we are all one–and with everything the world is facing, that messaging is more critical than ever.

The finale may have been the most exciting part as they drummed as a trio with water on three drum kits, colors dancing in unison as the liquid pools, with an unsuspecting grace, moved like candid streams of musicality as the Blue Men drummed, taking turns yet never once losing the cadence of the beat. The entire show, from start to finish was exhilarating.

The Blue Man Group lives up to the hype and audiences will walk away feeling like they were a part of something bigger than words can equate, but should words be required, the show was spellbinding, exciting, harmonious, and inclusive.

The show is at Pantages Theatre through October 6th.

Coming to the Pantages later this month and fall… 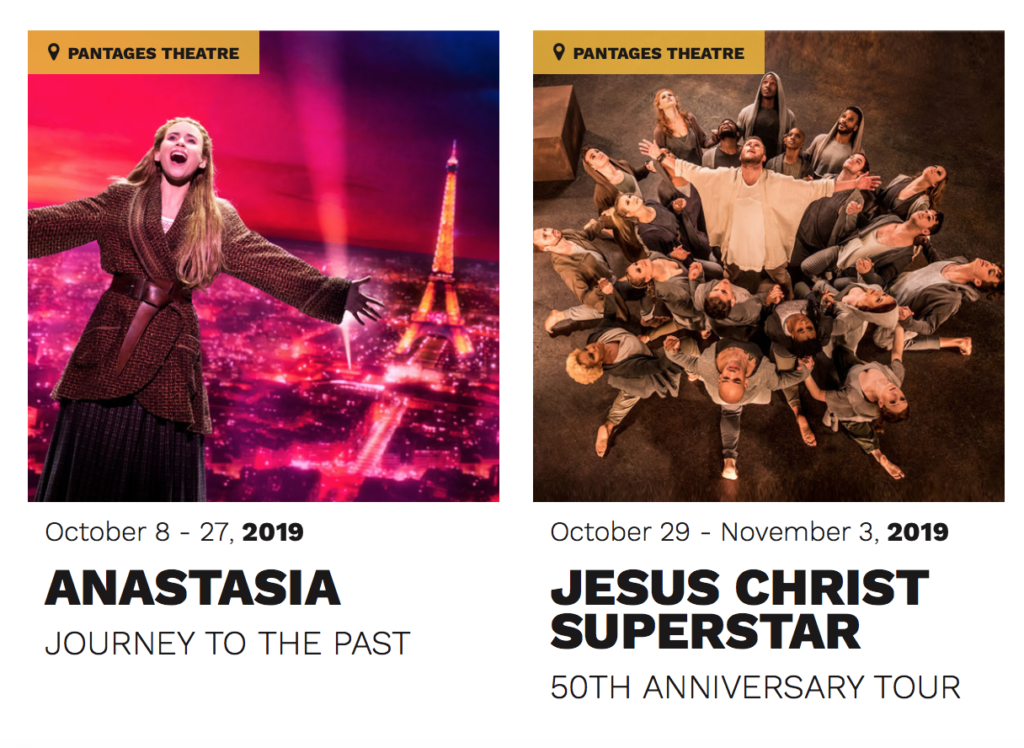 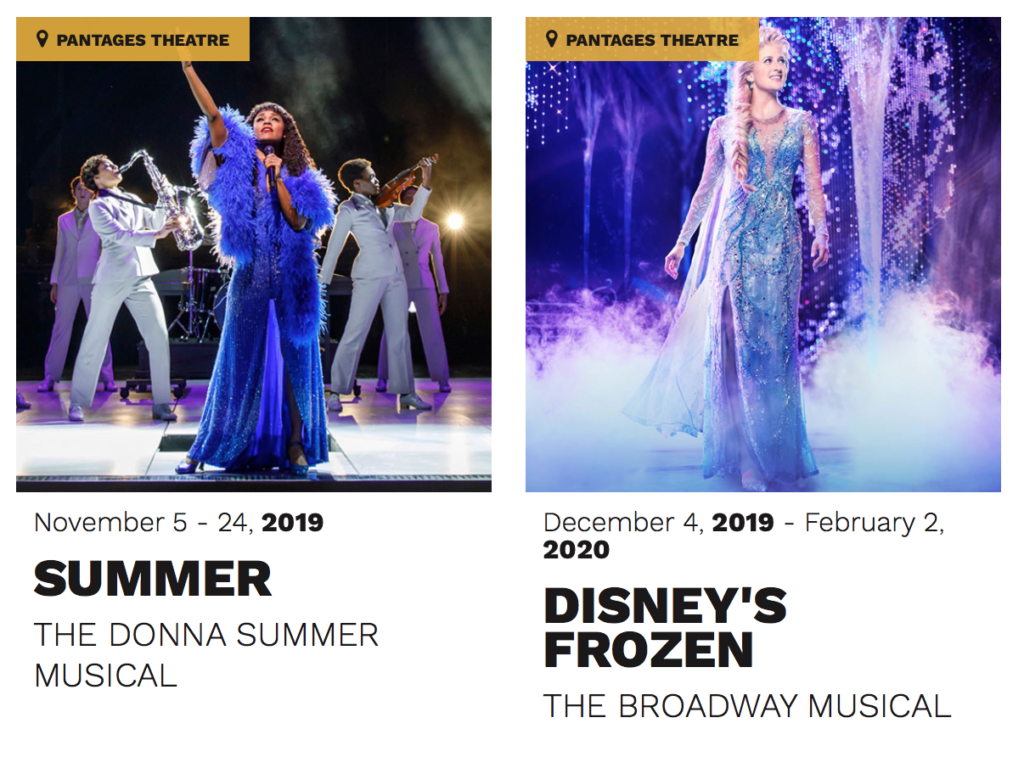 he history of tequila is one that…