(MADISON) – Madison Craft Beer Week (MCBW) will celebrate its 5th anniversary this May 1-10, 2015. Festival organizers are hard at work planning for the 5-year milestone. Over 80 different Greater Madison area restaurants, pubs and breweries will host more than 350 events as part of this year’s MCBW. Craft beer lovers will have the opportunity to choose from a multitude of events ranging from pub crawls and bike tours to meet the brewer events, beer education classes and beer cook-offs. A wide variety of events have been planned to attract beer lovers of all types, from novice to connoisseur. 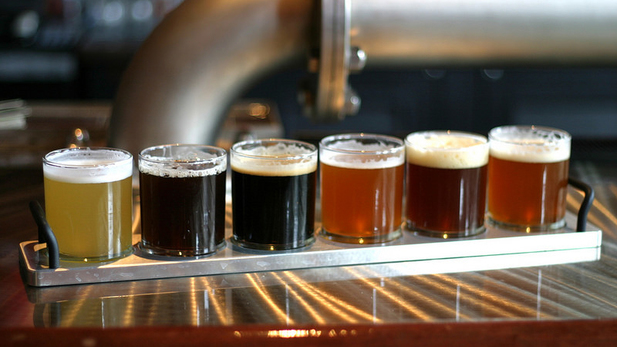 “We are so excited to celebrate the 5th anniversary of Madison Craft Beer Week,” said Jeff Glazer, co-founder of Madison Craft Beer Week. “Each year we have worked hard to grow this festival into becoming Wisconsin’s largest craft beer week. No matter your level of interest in craft beer, we can offer something for everyone. The craft beer culture here is extraordinary, and we want the spread the word,” added Glazer.

Since its inception in 2010, Madison Craft Beer Week has promoted Madison’s thriving craft beer culture by sponsoring a ten-day (two weekend) festival that highlights Wisconsin’s regional brewing heritage and serves as a showcase for the Madison area’s breweries, restaurants, pubs, caterers, retailers, entertainers, and other businesses with ties to the craft beer community. The 2015 Platinum sponsor is Sprecher Brewing Co.Watch the events pour in at www.madbeerweek.com.

The GMCVB is honored to play a key role in supporting the more than 19,000 Dane County jobs supported by tourism.  Promoting tourism in Madison since 1972, the GMCVB continues to work tirelessly to expand upon the more than $1.7 billion dollars generated by visitor spending in Dane County every year.

Eating Your Way Through OKC Surprising your…