PROJECTS THAT GIVE BACK

ATOD Magazine is a big – and we do mean BIG – fan of giving back and raising awareness. The Projects below are in need of funding and outreach. Please read through and contribute in any way you can. Every person matters and every bit of generosity counts. 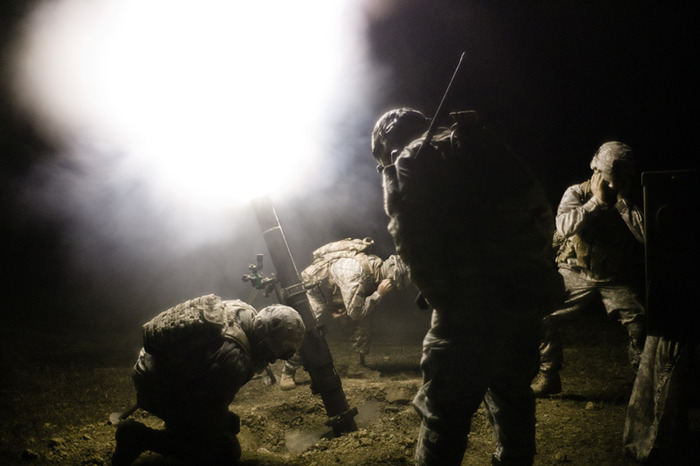 We have all seen the displacement of those sent to war. I have had the pleasure of interviewing Ryan and can tell you that everything he does as a photojournalist and humanitarian is done with total conviction. Below is information on how to donate to his new Series: Band of Brothers – AFGHANISTAN.

“As an embedded documentary photographer, I will accompany the modern incarnation of the “Band of Brothers” during their final deployment to Afghanistan. The famed unit was immortalized by their heroic actions during World War II and, more recently, by the epic HBO series produced by Tom Hanks and Steven Spielberg. I’ll explore a comparison between how the ‘Greatest Generation’ was portrayed and those Soldiers on the frontlines today. The 4th Brigade Combat Team, of the 101st Airborne Division, will likely be the last unit to deploy to Afghanistan with a combat mission of Operation Enduring Freedom. Their motto is ‘Currahee,’ a Cherokee word meaning ‘Stands Alone’. In many ways this is befitting of what we will be asking the Afghans to do upon our departure and what the Soldiers of the 4th Brigade will be working toward. My effort will chronicle the story of these Soldiers’ lives as they conclude the longest running war in US history.

What makes this project unique is my connection to the 4th Brigade by the virtue of the relationship to my cousin who is an officer in the unit. I have the opportunity to add an intimate perspective to the conversation about the war in Afghanistan as it has developed over the past ten years, how we are leaving the country and its people, and what it takes to serve one’s nation. My cousin and I grew up together and have always been very close. We both strive to be of service as world citizens. During his military years, however, we have not been able to remain connected in the way we could before. Consequently, I had little insight into his life as a Soldier until I began to follow their training regiment over a year ago.

Many photographers and journalists have embedded with the US military in Afghanistan over the last twelve years. Others still have covered Afghanistan from a multitude of perspectives for as long as I have been alive. What make this opportunity significant and, in my estimation, worth the risks and the cost, is my relationship to the unit by proxy of my cousin. The opportunity for journalists to have that kind of access, to see it from a more personal, more intimate, perspective, is rare. I recognize there is, therefore, very little distance for me with this story; however, I am motivated by the difficult and the unique opportunity to tell it from the inside. The opportunity to embed with the unit for as long as possible during their tour will provide the basis to earn the respect of the members of the unit and a more complete picture of a Soldier’s life.  That in turn will allow me the ability to share those experiences with you, the public.” – Ryan Spencer Reed

A couple of years ago Peter Caton documented the awful situation with pesticide poisoning in north Kerala. Witnessing horrid stories and reprecussions of the poisoning, he came across one young woman that changed his life and so – he wants to TRANSFORM hers. Literally.

Peter needs to raise £4000 so that Mammatha can remove that huge tumor on her face and see again, maybe even marry, have a more normalized life. Please help him raise the money to change her life in the most wonderful way. Please read more about Mammatha’s Fund below.

“Last year, I felt compelled to visit and document the horrific pesticide poisoning situation that was happening in north Kerala – the pesticide Endosulfan used for Kerala’s government cashew plantations had been indiscriminately aerial sprayed for over a decade. Unforgivably, the government aerial sprayed without informing locals to cover their water wells or stay indoors during spraying. The result of this neglect has created a legacy of mass pesticidal poisoning. Although now banned in the state and nationwide on a temporary basis, the poisoning has been passed down generations creating mental and physical illnesses throughout the districts.

One young victim we met named Mammatha has a tumor around her eye that covers half her face. She lives at the bottom of a valley, on higher ground, barrels of endosulfan were illegally and shamefully buried when the state ban came into place. The mishandling resulted in the pesticide contaminating the communities living down the valley. Mammatha was one of the many poisoned. Although Mammatha’s right eye cannot be seen due to the enormity of the growth, she fortunately has a fully functioning eye hidden beneath the tumor. Unable to marry or leave the house because of shame and embarrassment, Mammatha feels her life is already over.

However, its still not too late for her to turn her life around. It will take 4 operations to remove the hideous tumor, reconstruct her face and allow her to see with both eyes again. The 4 operations will cost over £4000, which is completely unaffordable for a poor Indian family of five.

Mammatha’s shame and sadness touched me deeply. She knows she wont be able to marry or find work, her disabled father suffers from dementia and is going blind. Her future looks bleak and with little chance of adequate compensation, she has lost all hope.

Having already raised £1,000  – I then passed on my findings to PAN and asked them what could be done. Im personally thrilled and excited to announce that Pesticide Action Network (PAN) have decided that they are going to help raise the money needed to pay for surgery and transform Mammatha’s life.

£4,000 is not a huge amount of money to raise, but for one young lady in a rural area of south India its the difference between a life of hell and normality, something she has not felt since she was a child.

She will be able to leave her home, seek work, support her father and even marry.” – Peter Caton