A journey through the history of the rise, fall, and resurgence of vinyl records.

For those of us that remember the day we got our first very own vinyl record, there was something magical about that moment. A perfect square album wrapped (usually) in plastic with a cool graphic image on the cover, the list of songs on the back, and the promise of the music you loved packaged perfectly in a sleeve inside. Some albums were double-sided, others were small 12-inch singles on 45’s; some had rare photos inside another sleeve, and

some were even colored. Either way, the idea that something so artfully made could take us away on a musical journey the very instant the delicate needle touched the album was epic.

Growing up, my grandparents owned an old victrola console, and if you don’t know what that is, think of a massive entryway console that is big enough to be a full piece of furniture. The console made of wood has a record player, speakers on the right and, sometimes on the left, cabinets underneath for record storage and storage for whatever else my grandmother could fit inside. Their collection of albums consisted of Afro-Cuban jazz, Mexican classics, Flamenco, Lawrence Welk, swing, show tunes, and opera. It was an eclectic array of music, but the kind that inevitably formulated my love of all music.

I imagine my experience with music isn’t dissimilar to many, and once the introduction of  8-tracks, cassette players, and eventually CD’s came about, the vinyl became less in-demand. However like all things that make a comeback, vinyl’s found a new surge of interest in the 1990s. That surge has continued to swell even moreso now that young artists such as Conan Gray, Olivia Rodrigo, and Girl in Red release limited edition LP’s, creating a new generation of the vinyl-obsessed. 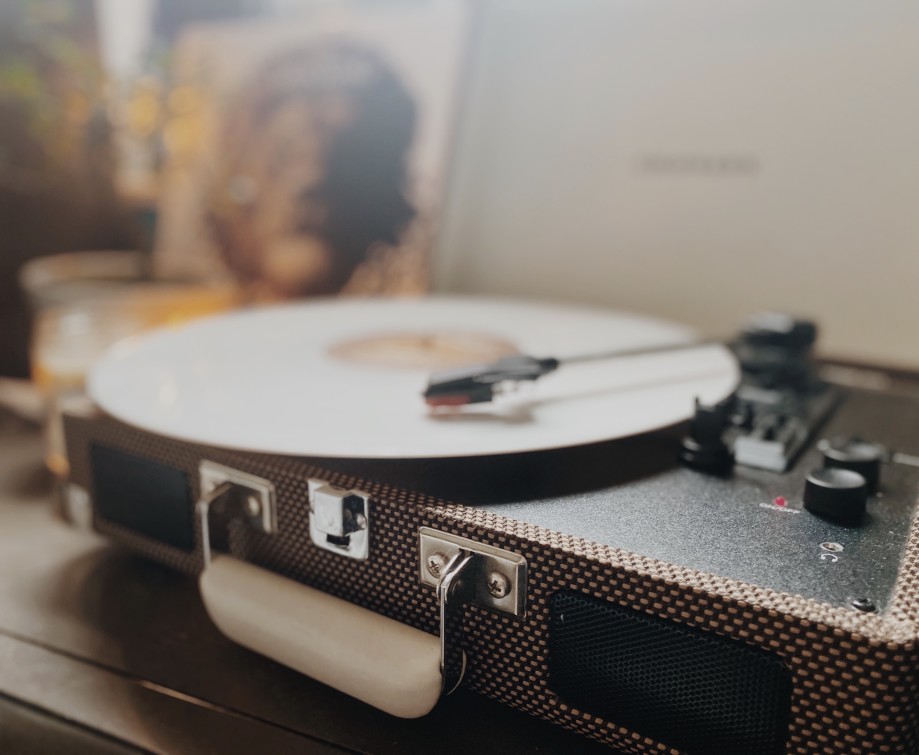 The Birth of the Vinyl

In 1877, Thomas Edison created what was known as the cylinder phonograph and while wonderful, there was no real way to mass produce it. That is when Emile Berliner invented the mass-production flat phonograph record in the late 1880s. Berliner was able to tap methods used in a printing press to create audio recordings. As his access to enough funds presented a growth issue, he partnered with Eldridge Johnson who would inevitably take over, leaving Berliner on the outs, leaving US heading to Canada. Johnson proved a formidable partner that had strong relationships and access to capital. As a result, Johnson took over Berliner’s patents, pushing out any other competitors. He successfully launched the Consolidated Talking Machine Company, renamed in 1901 as The Victor Talking Company making his phonographs the most successful on the market.

Johnson grew the business through aggressive advertising. He adopted the recognizable iconic dog-and-phonograph logo inspired by British painter Francis Barraud, purchasing the US rights to the image. By the end of 1901 the logo became synonymous with innovative listening devices. As the industry became more inundated with competitors, Johnson (now referred to as Victor after his products) spent too much time fighting patent infringements by competing businesses attempting to challenge his patents. Those battles, however, led him to further innovation when, in 1904, he began design on a new, less massive turntable that was sleek, had clearer sound, and housed a cabinet underneath that would store records and accessories. By 1906 he was marketing the new Victor-Victrola to the wealthy at a steep price tag of $200 (which in today’s market is around five thousand dollars). To his (and his employees) surprise, the Victrola was a hit and eventually would be mass distributed by 1907.

Having sold fifteen thousand Victrolas at the $200 price tag, Victrola was primed for more growth, and more Victrola models. Fast forward over a hundred years, and Victrola is still holding strong, adapting to the modern market with retro designs as a nod to their humble beginnings, implementing technology such as bluetooth speakers. When Crosley launched its portable turntables in 1992 as a nod to its 1920s founder, Paul Crosley, a resurgence of newly designed turntables started to trend. Crosley was known for his radios until they dissolved the company in the 1950s when product sales declined. The portable player that launched in 1992 was just the beginning to a newfound success that would carry on through today. 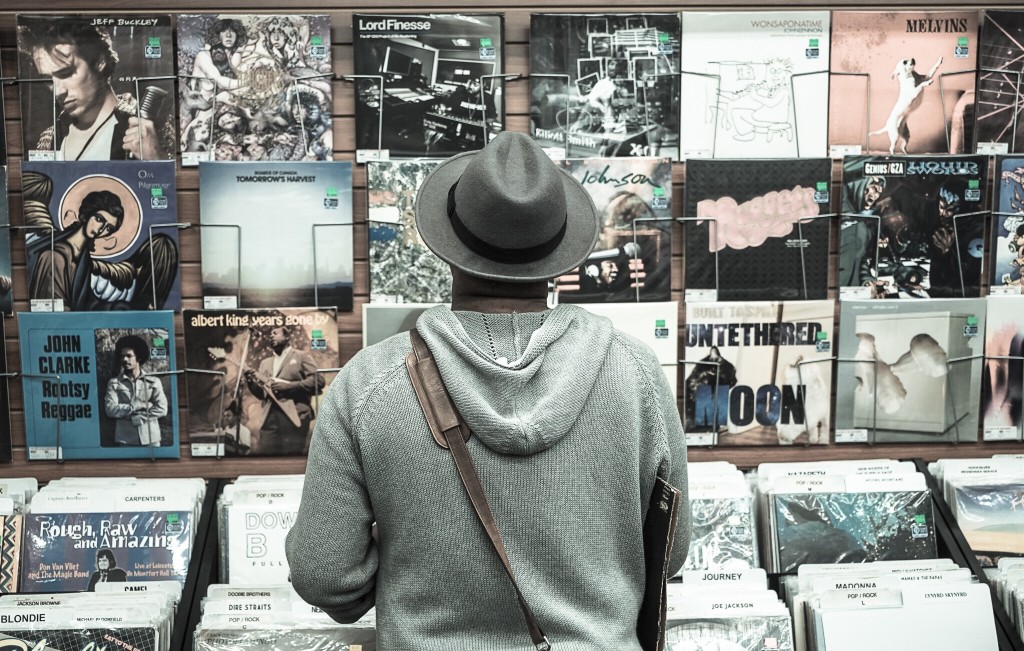 How Vinyl’s Formed Our Childhood

For those old enough to remember the days when going to clubs meant the DJ was spinning records that weren’t plugged into their iPhones or laptops, you know that nothing quite compares to the feel and sound of a vinyl record. In spite of the technology we know now in 2021 that blows our minds with kickass headphones, wireless sound systems, and the like, once upon a time in the 1980’s us misfit kids were stoked to get down with LPs and turntables. Yes, we actually used that word. Records were rad and we knew it even if CD sales were starting to dominate the music industry. 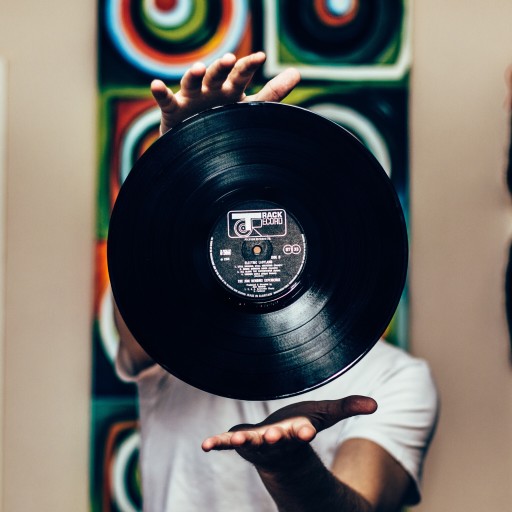 Record players were all we had before cassette players and headphones. We listened to our music on our parent’s old record players from the 60’s and 70’s. It gave us 80’s misfits obsessed with John Hughes movies, The Breakfast Club, and bands like The Sex Pistols, Run DMC and the Beastie Boys an edge. We were retro before we even knew it was cool. Turntables became our preferred mode of expression and thankfully, our parents were on board (probably because they felt like their generation was finally appreciated and understood).

Their record collections began growing with catalogues including classics like Bob Dylan, The Beatles, The Doors, Jimi Hendrix, Led Zeppelin, and a hearty dose of Barbara. (Hey, Streisand still rules.) Bands such as Depeche Mode, The Smiths, Violent Femmes, and of course the killer intro to Ice T, N.W.A., Wu Tang Klan, and The Fugees were infiltrating our young minds with full albums, rare singles, and secret finds. Penny Lane in Venice changed our world, Tower Records lured us with crazy collectibles, and Amoeba Records ate up any money we were saving.

The Introduction To The Greats

My parents gave in and let us borrow their albums. My dad introduced me to Black Sabbath and Iron Butterfly. My mom introduced me to Carole King and The Supremes. Music became the one thing I loved more than most
anything, particularly when played on old school turntables. I’d head over to my grandparents where my grandma would introduce me to old Mexican love songs, and my grandfather would teach me about the soul of Latin beats. My other grandparents would listen to the crooners croon and I loved every part of it. My sisters and I will never forget when we got Michael Jackson’s “Thriller” album in 1982 and turned our parents into fans. We played that album so much we literally wore it out. We would watch MTV play the “Thriller” video and we’d hurry to the turntable to keep up the momentum, put on the album, and perfect our best zombie moves.

By this time, record sales were beginning to show signs of waning, but vinyl singles were still dominating. In an article in Billboard Magazine, an exec for United Record Pressing comments on the misconception of vinyl sales in the 90s. “The seven-inch vinyl jukebox was [still] huge. And from my time working at labels at that point, I always had stacks of 12-inch singles behind my desk. Most radio stations were using 12-inch singles, every birthday party DJ, every roller rink, every discotheque, and record stores in general.”

Fast forward. Over the last few years, Gen Z has taken a liking to Crosley and Victrola portable turntables, and young people own LPs. In fact the RIAA Music Industry Revenue Statisticsreported that, in 2018, vinyl record sales were up 8 percent with $419 million in sales. No one imagined that the pandemic would boost vinyl record sales, yet last year, 27.5 million LPs sold in the United States with a 46 percent increase over 2019.

It seems vinyl records have indeed made its next comeback, and as a product of the 1980s with teenage children who asked for turntables and vinyls as gifts this year? I can say that the vinyl record is indeed back. And in the words of my sixteen year-old-self, how gnarly is that?!

Vinyls make the pandemic and what we hope is the post-pandemic life a little more listen-worthy. Below is a list of bands you hopefully haven’t heard too much of and ones that you’ll want to incorporate into your personal LP collection (in no particular order). 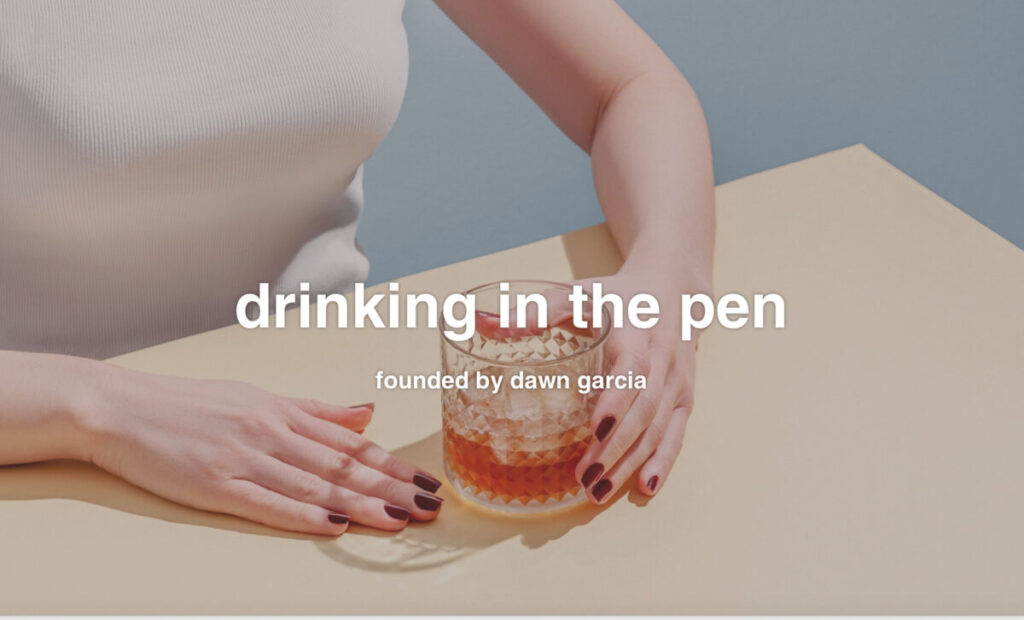 Jason Scott Comes to Los Angeles with his new PopUp Creative Collection soon to be changing the ways of LA Fashion.