“In the frailty of mankind exists a beauty seldom seen. It is a beauty that is both flawed and full of suffering. A beauty that, in spite of resistance, cannot and will not ever fade away or die. That frailty – so wonderfully flawed – is hope.” – DG

As the world continues to fall into a vortex of chaos; as violence is propagated at a rate so profoundly disturbing, somewhere amidst this veil of disillusion exists something more: the need for hope to triumph. In the wake of this week’s tragic shootings in Connecticut, I found myself so fraught with emotion, so overcome with sadness and fear – I was mortified. Children! How one can ever take the life of a child is something I can’t relate to or understand. Life has become this strange phenomena as if far too many are grappling with it’s value. If we lose sight of what matters in this world; if we begin to allow the hate and malice to infect us we lose the beauty of who we are as people. I know I rarely publish anything outside of “Lifestyle” related content but it seems as this year comes to a close and so much has transpired, both positive and negative, it was necessary to address the issues we’re facing around the globe. As the global economy shoots down at an alarming rate, hunger becomes a truly prominent reality, war becomes commonplace, and hearing news of mass shootings and horrific acts of violence become natural conversation, I fear we are on the verge of total collapse.

Human beings are the link to life. Our responsibility to be better – to be aware – it is not a simple “chore”. It’s what we are meant to do. We are smart enough, strong enough, loving enough, and aware enough to change the entire course of this world but we have to pay attention. Those that surround us are part of the equation. I have had the pleasure of meeting so many people that change the world every day. Those who have had such a massive impact on me as a human being, I cannot imagine having had made it through this life without them. From having a conversation with the homeless man, Clarence just outside of Ralph’s Downtown on 9th Street who, from my simple willingness to stop and actually have a conversation with, taught me more about the generosity of spirit than most, to being introduced to the work of photographers like Ryan Spencer Reed and Michal Josephy who dare to transform the way we see the world by telling the honest story of poverty, grace, the desolation of man, the flight of spirit – they opened my eyes. They are but a fraction of the world but their work, their spirit, their story – is so important to us becoming better people. Even down to the Chefs I know, like Andrés Dangond who has vowed to devote his future to doing everything he can to end hunger and wastefulness, it has impacted me. There are truly superb human beings out there but there is also a stench of ambiguity running amuck among us and we need more people like Clarence and Michal and Ryan and Andrés to step out of the shadows.

As a writer, a journalist, a member of the human race, as a mother, a woman, an entrepreneur, a friend, a small voice in an enormous sea of voices – I had to write this. We are more than the things we have been witnessing. We are not hate and malice. We are good and possible and in the sweet sound of the bird that dares to chirp or the grains of sand that nestle themselves so methodically on the earth as the brisk sea pours over it, we matter. Everything we say – everything we do – matters. Yes we are frail. Yes, man is disappointing. Yes this world seems to be spiraling into a storm of uncertainty. BUT – amidst all of that exists such a divine sense of beauty and innocence and love and hope and it’s up to us to make that the more prevalent condition. We cannot be desensitized to the heinous acts being perpetrated around the world. We cannot pretend someone else is going to to fix the broken spirit of us. We have to find the common voice – the single thread weaving us together and in my world, that thread exists in a plate of food, a piece of art, a note of music, a captured image, a single voice, a quiet laugh, a subtle smile, or the outstretch of a hand. We are not bound by this influx of chaos. We are better than this. We are far more triumphant in spirit and hope is our greatest asset.

So as this year draws to a close and we reflect on everything that has happened, don’t merely look back on it in regret or forgetfulness. Be mindful of what is possible and let’s all change the course we’re on so we can steer towards a much more beautiful future. Our hearts are powerful organs and if we could learn to pay closer attention to the beautiful cadence existing within, we might just be able to silence the misleading sound of our minds. Maybe, just maybe we can bring the goodness and possibility back to the forefront of everything happening – in every part of the world. And maybe – just maybe – we can hear stories of joy and creativity and healing.

For me, this year has been representative of extraordinary change. Reflecting on those I’ve met; those who have influenced me; those I have learned from; those that have opened my eyes; those who have reminded me of the beautiful wonder that exists in this world; those have guided me in my career; those who give something back; those who live fearlessly and with total abandon; those who have found hope where there seems to be none; those who give opportunity; those who feed our souls; those who dare to dream; those who aren’t afraid to share their story. I have traveled the world and have been to over 17 countries and yet every day I meet someone who changes the way I see things. It is an awe-inspiring process and one I hope never ever stops.

Thank you all for everything you do. Thank you for reading about those that make a difference and for being so open to coming on these adventures with me and my writers. This is life. We must savor every second of it and inflict it with beauty and hope. I wish you all a phenomenal holiday season and a life-changing year ahead. 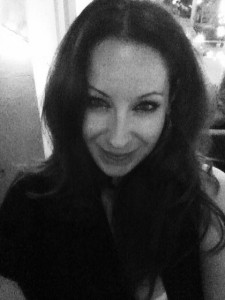 ars. A wonderful place we could once…