The Pasadena Playhouse just created a special code for $20 tickets, exclusively for ATOD Magazine Readers and Fans for their upcoming engagement of JUSTIN WILLMAN – TRICKED OUT. 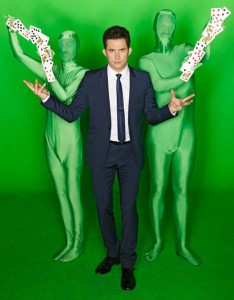 “The guy will astound you.” – Jay Leno

The Los Angeles Times calls Justin Willman, “a new breed of magician who’s making magic cool again for grown-ups.” From his monthly sell-out shows in the back of a trendy L.A. comic book shop to theaters across the country, Justin has become one of the busiest touring performers in America. His comedy-flavored miracles have earned him a devoted cult following as well as frequent television appearances on “Ellen” and “The Tonight Show.” Sweet-toothed frosting fans will recognize Justin as the host of “Cupcake Wars” on the Food Network for the past eight seasons, but his greatest trick to date was receiving a standing ovation from President Obama following a private performance at the White House.

*All seats are General Admission, excluding Row D. Not valid on previous purchases and cannot be combined with any other offer. Excludes Festival Passes. All tickets are subject to availability. Service charges and theatre restoration fees apply to all orders. Pricing subject to change.

On The Streets of Paris, Haute Couture…