New York ART | inside out

With a clear juxtaposition of work and a remarkable contrast of introspection and extroversion, the work of artists Jesse Draxler and Chad Wys featured at New York’s, Joseph Gross Gallery compliment one another.

The Joseph Gross Gallery is proud to present, “Not the Sum of its Parts, Just the Parts”, featuring new works from Jesse Draxler and Chad Wys.

This dual exhibit highlights two artists working without collaboration while simultaneously contributing to a mutual exhibition. Abstaining from all communication, Wys and Draxler developed entirely independent bodies of work shifting their focus from the ‘overall’ to the essential parts that comprise it.

We wanted to find out what inspired this particular series and find out how it was curated so we reached out to the artists and curator, Casey Gleghorn. 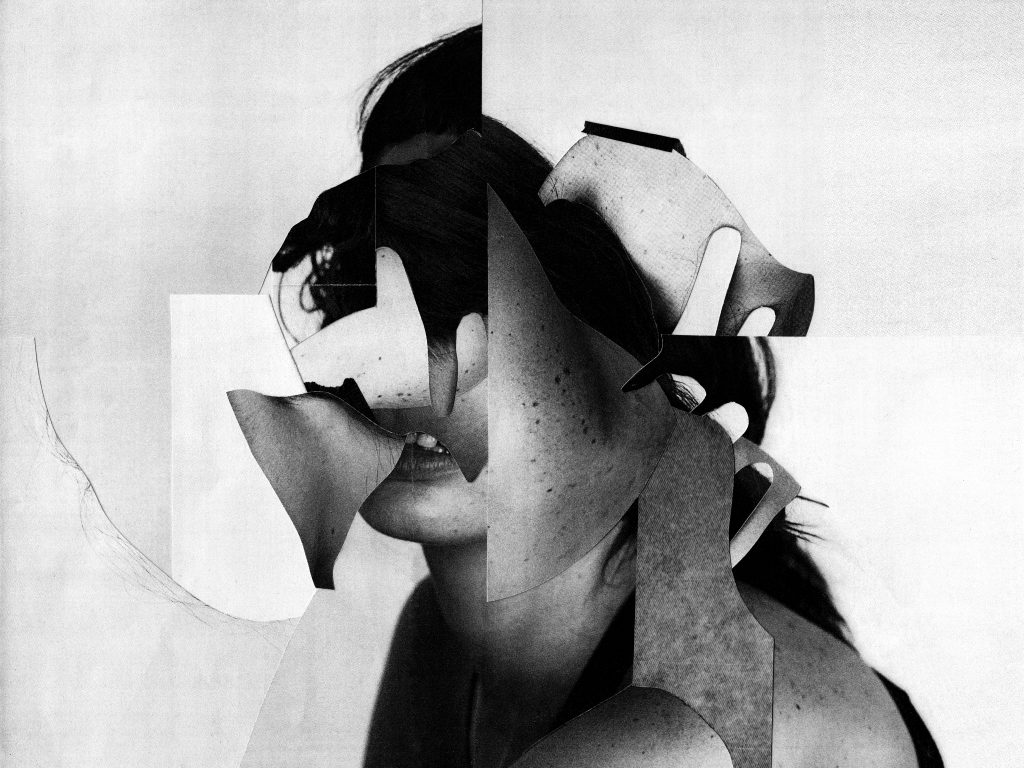 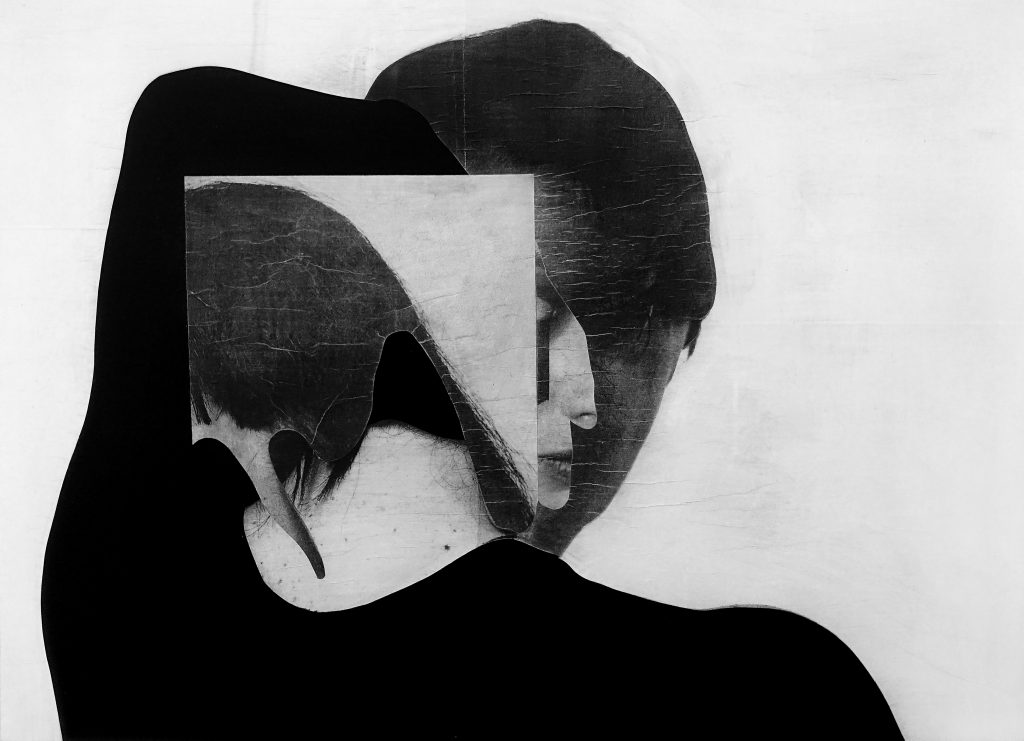 What was the first piece of art you saw that brought your inner artists to life?

Growing up in rural Wisconsin, the nearest gallery or museum was many hours away, so my earliest visual obsessions were mainly with comic books and album art.

In a world plagued with chaos, how do you think your work transcribes a new line of communication that welcomes curiosity and diversity?

By attempting to speak the same language as the chaos itself.

What inspires you in your moments where a muse may seem absent?

In Utilizing mixed mediums, do you find each medium represents an emotion? A fear? A hope?

Not in a concrete way, but different processes lend themselves to portraying different emotive qualities better than others.

When did you realize art was your voice? 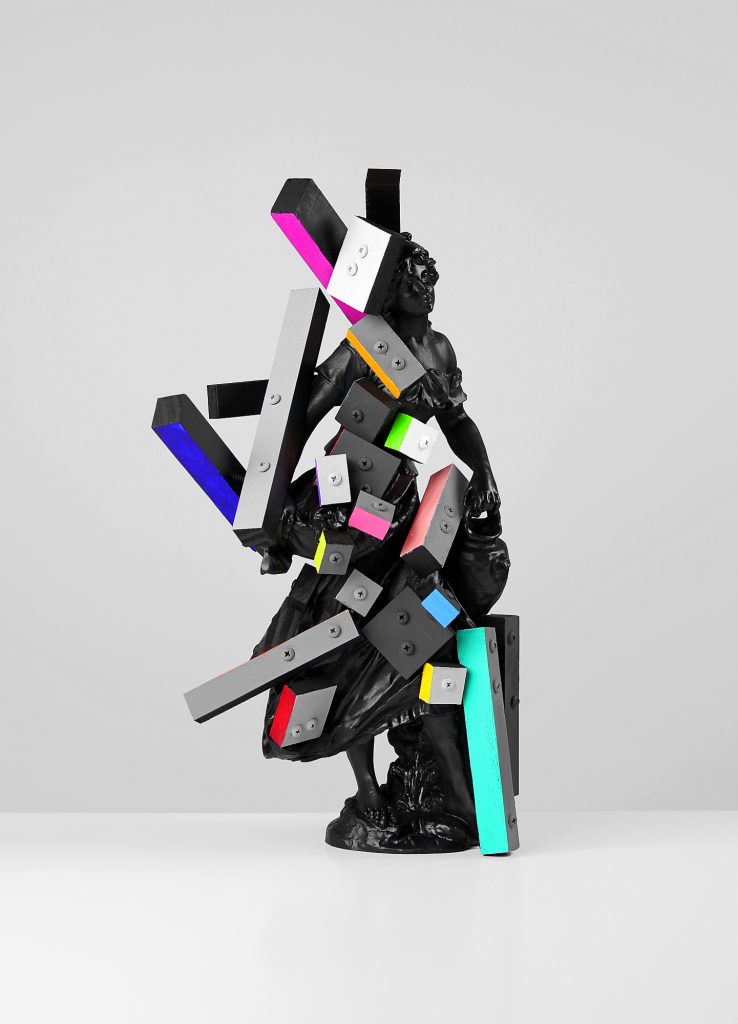 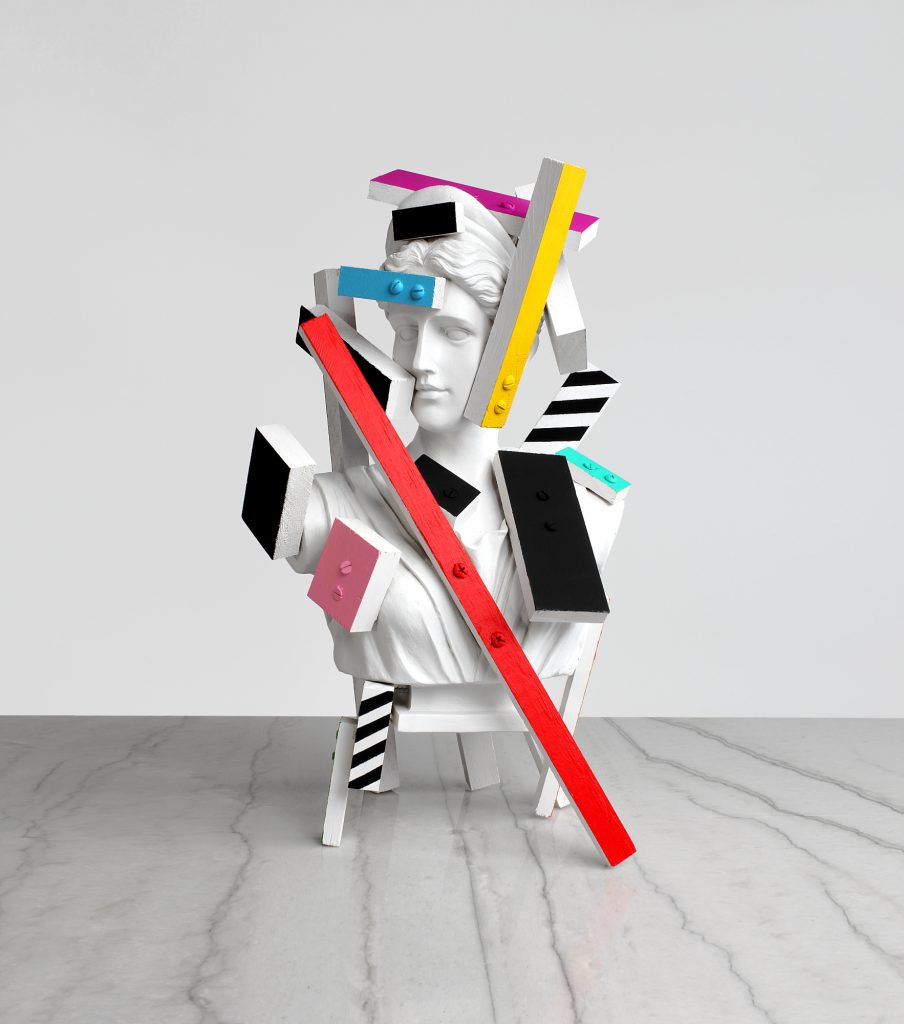 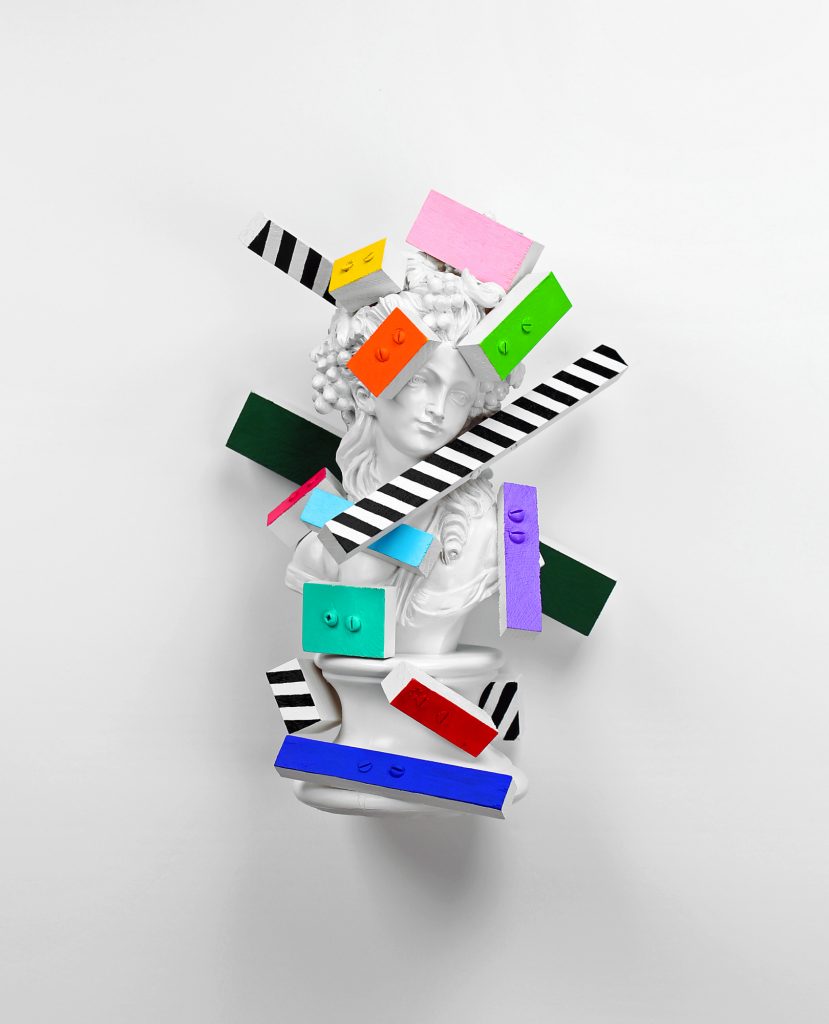 What was the first piece of art you saw that brought your inner artists to life?

I remember the first artwork that impacted me greatly, although developing my own creativity would come many years later. It was Renoir’s Two Sisters on a Terrace at the Art Institute in Chicago, as a teenager, during what must have been one of my initial museum-going experiences. I remember being shocked by Renoir’s oranges and reds. I couldn’t believe how every one of the hundreds of reproductions I’d seen up to that point had failed to embody not only the electricity of the color palette, but the kinetic energy and historical heft of the physical object itself. That communion with something so poetic, that was so near-to-perfect, hit me hard and art history was cemented as a defining passion thereafter.

In a world plagued with chaos, how do you think your work transcribes a new line of communication that welcomes curiosity and diversity?

I suppose my work is nothing if not disjointed, bringing disparate familiar elements and motifs together, and I think subverting familiarity tends to cause one to pause.

What has been the most emotional piece you’ve created?

For me, experiencing art is intensely emotional, but I don’t know that emotion necessarily enters into my personal process in any great quantity; it’s always there, but other processes take precedence. Creation is usually such a cerebral, sobering experience for me. If I’m not pursuing compositional balance in some abstract sense, I’m almost clinical and scientific about my arrangement of grids and my grappling with theory and philosophy. I think the end result is arguably a kind of tone poem, but I go at my craft like a scientist performing a lab experiment.

What inspires you in your moments where a muse may seem absent?

Absence makes the heart grow fonder. And absence from creation replenishes the artistic reserves like a damn to a water source. Forcing creativity is no more an option for me than deciding I want to be an inanimate object. It comes when it comes, and to attempt creation beforehand is a fool’s errand.

What do you feel allows you to create so openly – and – how do you hope to translate that with the world?

Openness and transliteration are not necessarily accompanying qualities. Creating art that is open, or free from socio-political strictures and is susceptible to interpretation, is optimal, but that doesn’t ensure that the work will translate for everyone, and I think that’s where edification, constructive agitation, and rhetorical/ideological confrontation comes into play.

In Utilizing mixed mediums, do you find each medium represents an emotion? A fear? A hope?

No, not really. I view artistic mediums as scientific, historical, or mathematical substances. That is to say, I need X amount of gel medium to achieve X viscosity; or I’d like to source and appropriate X object to comment on a particular historical motif or conflict. The emotion of a work, I suspect, develops largely in the mind of the observer.

When did you realize art was your voice?

I still haven’t come to so definitive a realization. My voice is quiet, and splintered, and fearful of stagnation, but optimistic about the lack of limitation, at the moment, that creativity promises.

What kind of work is instrumental in conveying the message of creativity?

This is a hard question to answer because it can have so many opinionated answers depending on one’s perspective. For many of the artists I choose to work with, it is simply about emotion I feel from the work itself. I also tend to be drawn to work that is less literal. For others, the work being literal and narrative-based is a necessity. At the end of the day, I look for artists to teach me new ways to think about visual communication in art and when curating exhibitions, I look for combinations of artists work that relay a fresh take on a new idea or the continuation of a dialogue.

Is there a specific emotion that triggers your connection to an artist? That sets off that fire inside that knows you’ve come across something unique?

When I look at work, I just feel it in my gut. When the hairs on my arm stand on end and I’m excited to look deeper into the work I am looking at, I know I have come across something special. It’s a mix between the work I am looking at and actually having a dialog with the artist that created it. Artists like Chad Wys and Jesse Draxler have intrigued me from the first time I looked at their work. It hit me in the gut immediately.

If you could offer a single sentence to summarize how you feel about the artists you carry, what would you say?

I bleed for the artists I work with because I believe in them. 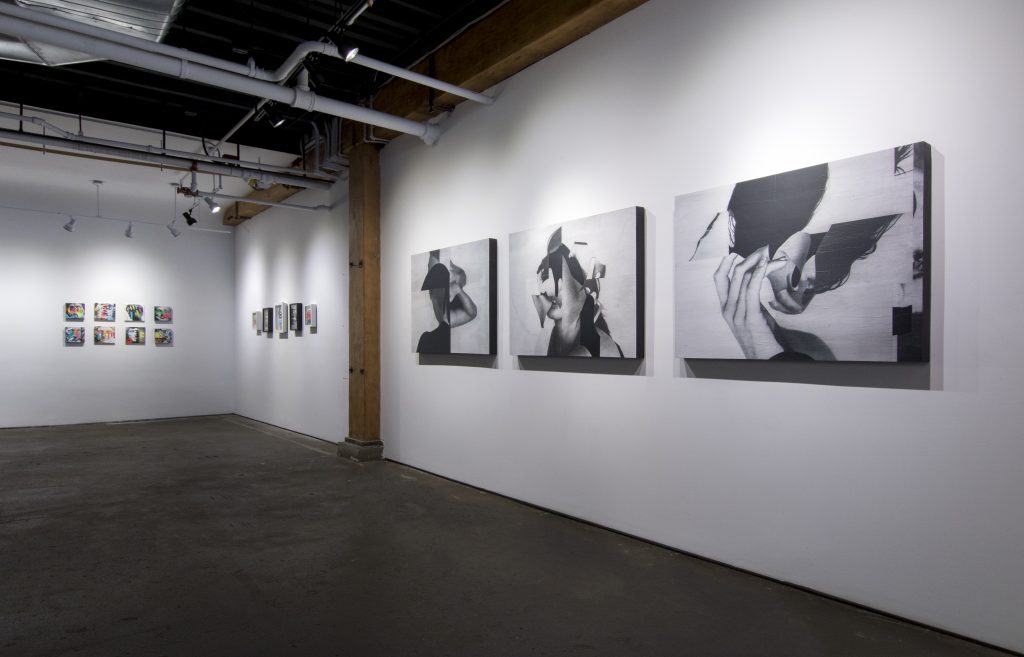