LOVESICK. A play by Larissa Wise.

Purchase your tickets at: www.LOFTensemble.com

I get to go experience an array of theatre but once in a while I come across something that defies the “expected” and then, well – just past that air of “good” is the kind of performance that makes “brilliant” seem like an inadequate description. Tonight I experienced a play written, directed, and acted in by Larissa White. The play, simply put, astounded me.

The play moves with a transcendence of space and time, with this out-of-the-world reproach, dialogue that leaves your soul craving more – like words dripping off of a juicy apple smothered in honey, and a story that makes you feel things you weren’t expecting to feel – your heart, your soul, your mind is running right along with every scene. This plays like a movie. Boy meets girl. Girl notices boy. There are conflicts. They do all they can. BUT let’s add the truth to that oversimplified explanation. Boy meets girl – in a graveyard where he and his twisted and wonderful friends play and read the Grave Newspaper, talking about pet alligators, and the “kind” of women they’re “supposed” to want. They toil with one another while the lead, Benjamin speaks and from the moment his mouth opens you feel like he just put his hands on your chin and said, “Now you’re going to want to pay attention”. And you do. And you don’t ever want it to end. And then a sense of wonder dances in. Literally. And you meet Sophie. Dressed in pink and bathed in sunshine, you love her. And she sees the world through a lens so rosy you want to be a part of that – but you also want to dwell in the twisted fun of Benjamin. And somehow, as you watch – it’s YOU that becomes conflicted. 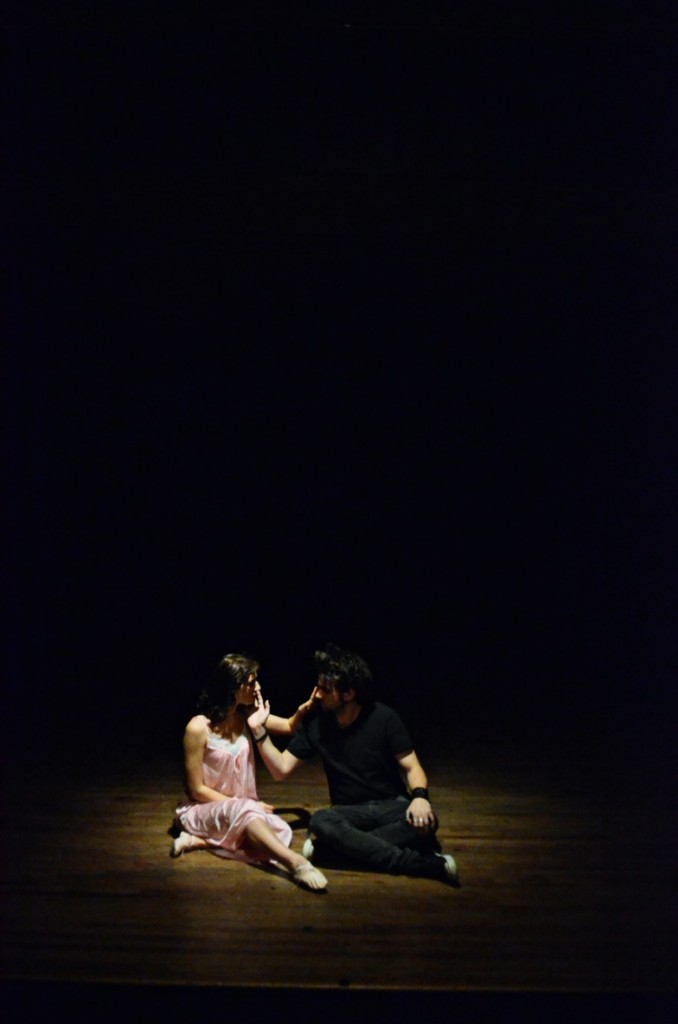 The story is entangled and full of snarky banter just oozing out of Benjamin but it’s really the arc of the story, the undertones, the swift subtleties that become epic moments you cannot avoid. As if your heart has been wide-eyed and full of wanderlust and you cave. You become intrinsically drawn in and it no longer feels like you’re watching people perform on a stage. Suddenly, without warning, you find yourself right there – a part of every character as if you are experiencing a cinematic moment so grand, you forget reality altogether. Every character has a purpose and not one line or facial expression is wasted which is a testament to the actors. With a love triangle for both Benjamin and Sophie – a dark and sinister Sally who reminds me a bit of Jennifer Tilly – and the eery sociopath-like Frank – you watch the creepiness flood the room and honestly, it’s quite fun! With this dark rhythmic poetry moving through the air, you feel a bit like you’ve been transported somewhere between the worlds of Edgar Allen Poe, Tim Burton, and a touch of Anais Nin. 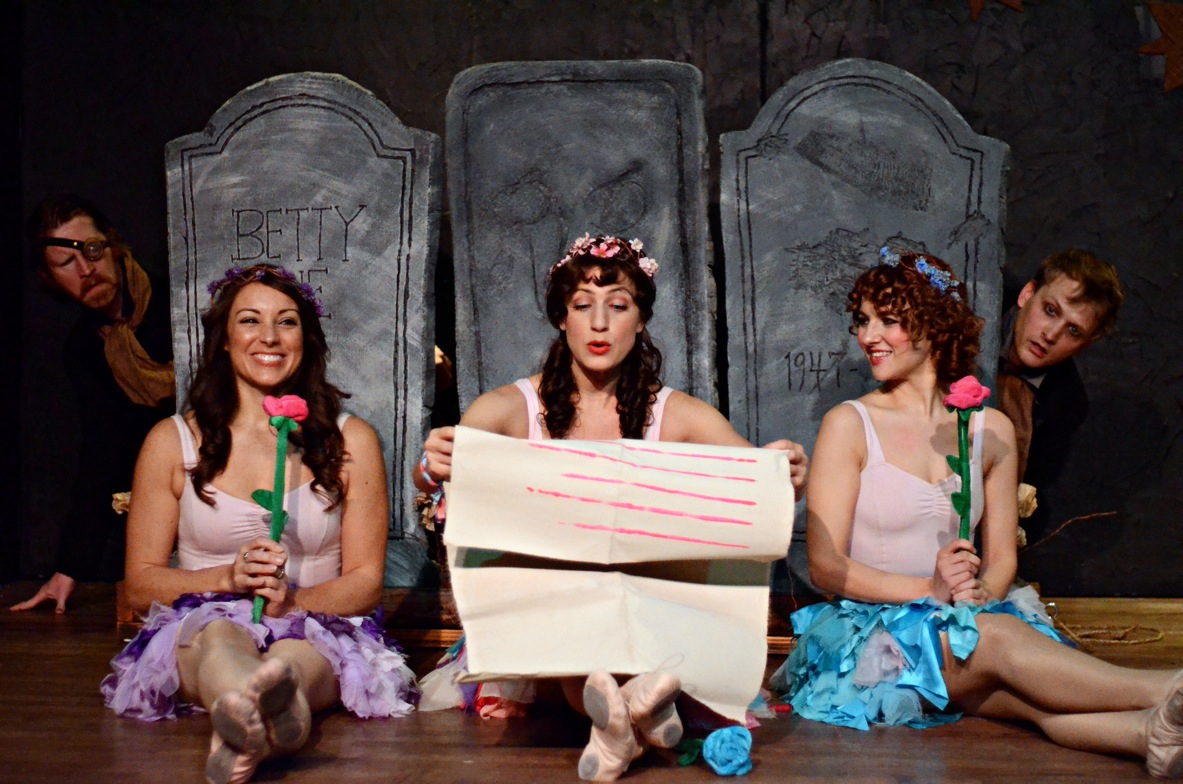 The story exists in a dream. Every breath captured by deep emotion, the story arc uttering this beautiful sense of uncertainty and playfulness, and then comes the two shadow stories that seem to drive this play to a place so utterly emotionally rich, you don’t see it coming. The back story behind Sophie and Benjamin is that while meeting in a dream, their lives – their troubled pasts – find them. For Sophie her past embodies a mother who abandoned her and a father who finds solace in being a womanizer – albeit a sweet and Elvis-like womanizer, he’s a womanizer all the same. His story affects every aspect of Sophie and as a result her need to possess her childhood and relish in the whimsical flow of youth keeps her mindset all too “innocent”. Benjamin’s past is equally haunting. Raised by a mother who needed to be loved by the wrong men, her demise and journey will rip into your soul in a way that you will feel the pain. And as you watch his “mother” on stage, you are mesmerized by her entire presence. In spite of their pasts though, Sophie and Benjamin are surrounded by their alter-egos by way of their accompanied friends. Benjamin’s one-eyed handlebar-mustache red headed friend and his wonderfully naive stark blue-eyed friend who recites his lines with such heart, it’s endearing and makes every beat purposeful. Sophie’s fairy friends who seem to dance around with total glee and just the right amount of cynicism as if they ignore their own intuition. There is the one I refer to as smiley and happily twisted and then the cute red head who seems to bounce around the stage with some truth. Each person represents some form of emotion (my opinion), some wave of thought. As the story continues to unfold, you will feel everything. You will know that what you’ve witnessed is nothing short of genius. It’s quick witted, well written, phenomenally acted, and deeply soul stirring. You will laugh and cry, gasp and feel turned on and want to get on stage and be a part of it all because it does feel like you’re no longer a voyeur but rather a willing participant. 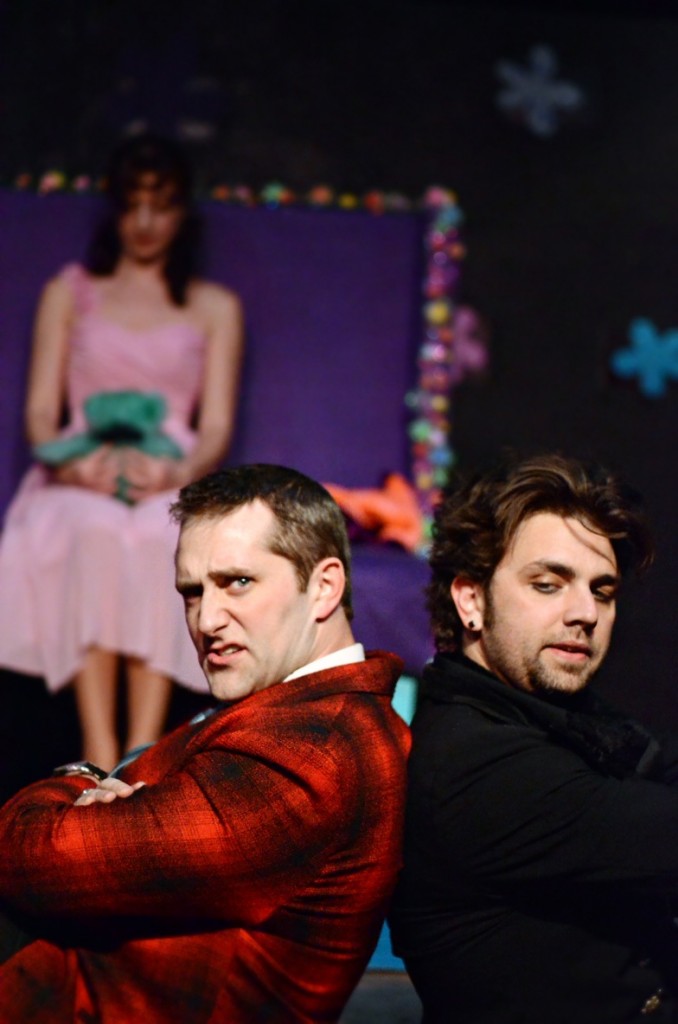 Benjamin, played by Adam Chambers is one of the most incredible characters I’ve seen on stage. And I don’t say that lightly. Adam is so talented. His timing, his range, his mannerisms – he’s what one would expect to see on the big screen. Sophie, played by Larissa Wise has such complexity and sweetness amidst a very damaged heart. Both characters were seamlessly portrayed and acted and I have to say that Writer/Director Larissa Wise should be beyond proud of what she’s created. Vanessa Vaughn took my breath away. Her performance was nothing short of perfection and to be honest, she pulled so much out of me – I hurt when she hurt. Sean Durrie has that charm of old Hollywood actors: ease, depth, and meaning. Deborah Baker and Jason Ryan Lovett made creepy and off-putting far more fascinating. Noah Benjamin, Jessica Botello, Marissa Galloway, John Sperry Sisk gave this performance the continual fluidity so essential to the story. I also have to mention the quality of production. The music, the props, the set design, the effects … this was quality from start to finish.

LOVESICK is brilliant. In every way. I would like to see this on a bigger platform. It deserves to be on Broadway. It deserves to be it’s own film. It is far too powerful to stay confined and I hope to see it get the exposure it deserves. (All of my fellow Film Producers – HINT. HINT.) 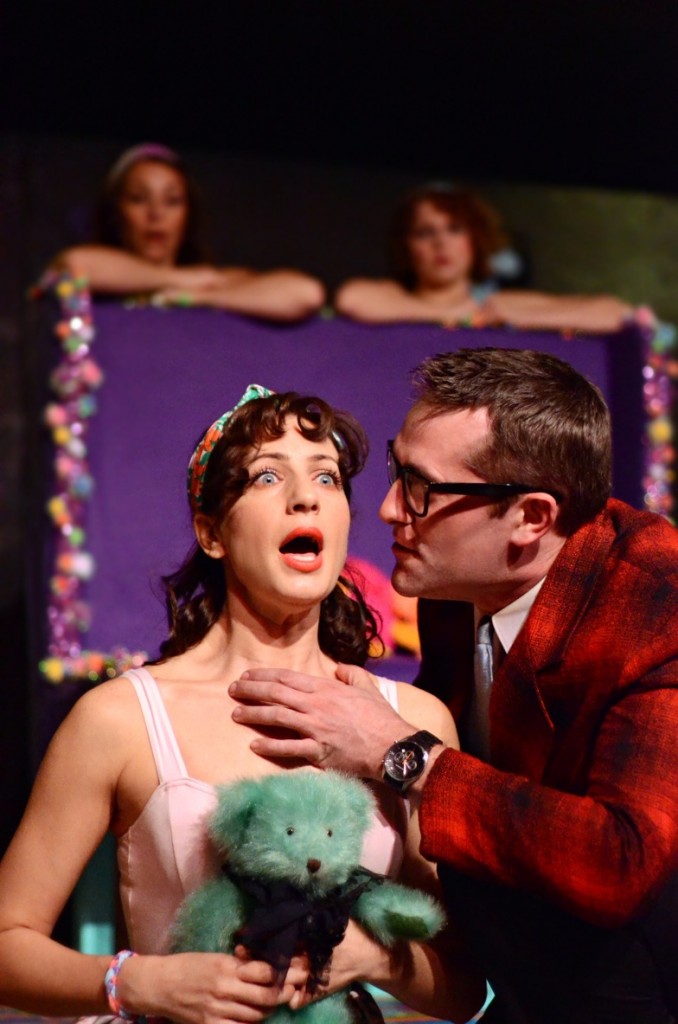 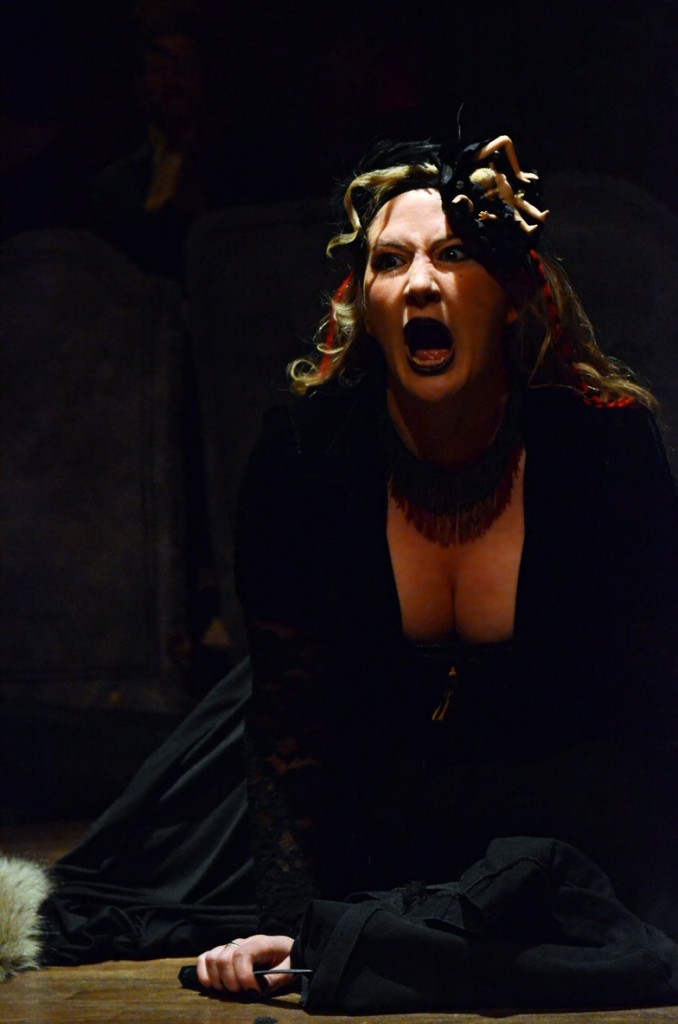 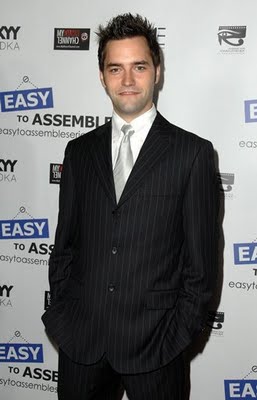 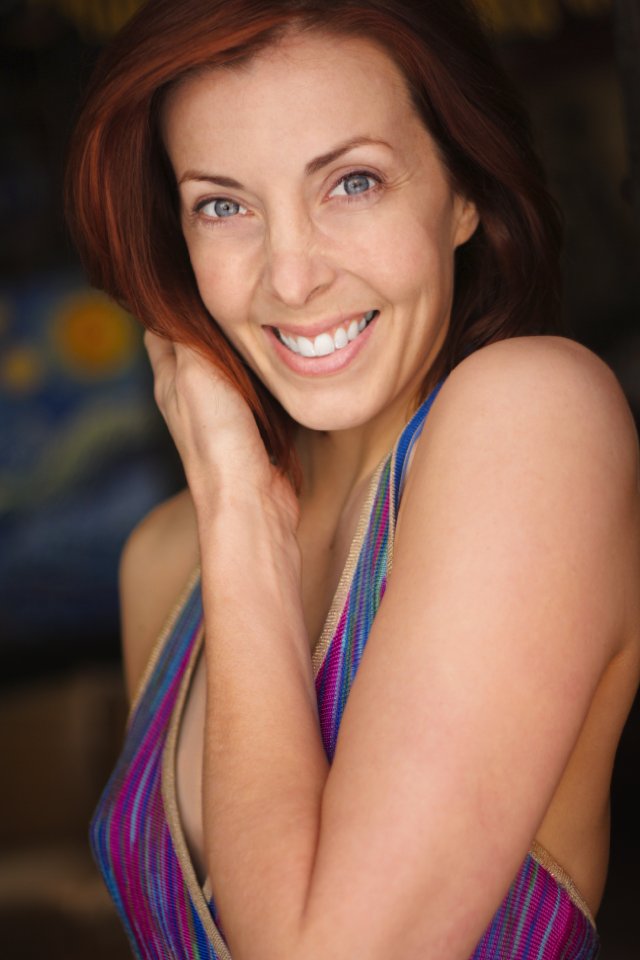 Thanks to Ken Werther Publicity.

We have a democracy problem’: how Texas…