LOS ANGELES, CA – As the LA Art Show approaches, be sure to check the area for local exhibitions and gallery shows.

In the meantime, here is a glimpse at what you can expect this year: 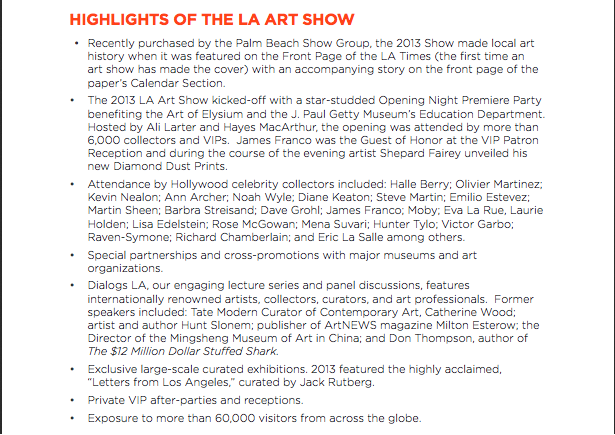 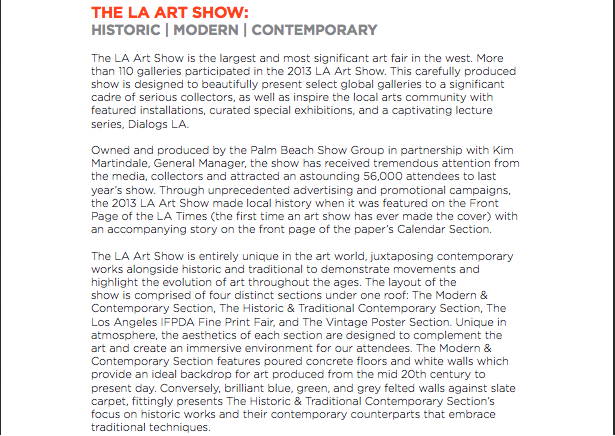 TICKETS CAN BE PURCHASED by VISITING www.laartshow.com

About Showings in Los Angeles …

From the Artist, Elaina Soto:

Here’s all the details for the show, some have asked how they can help contribute. That’s easy, you can:

1.  Sit and support The Pint House by having dinner/drinks.
2.  Purchase art
3.  Participate in the raffle ($1/ticket, no need to be present to claim your prize if you win)
4.  Attend, we’d love to have you!! 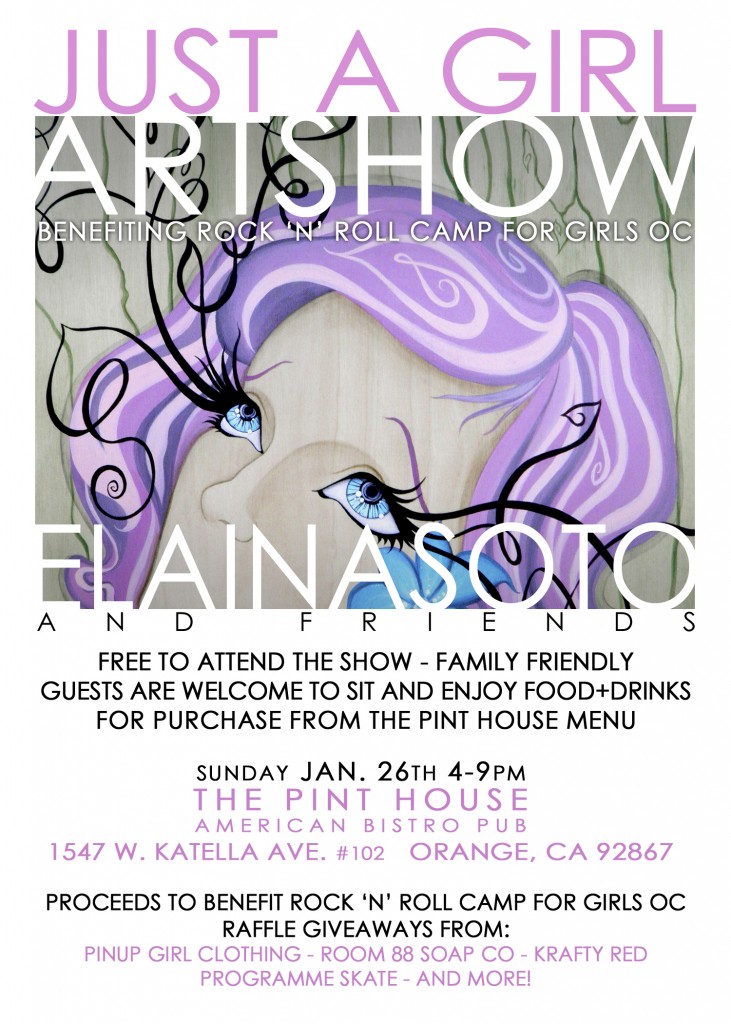 This Article Inspired by: 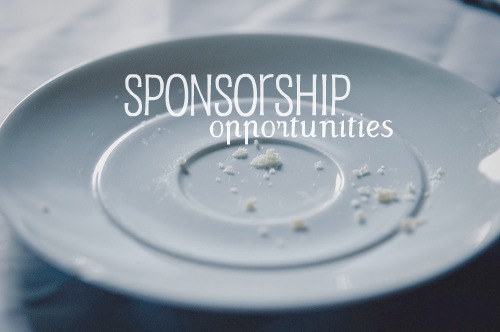