The LEGO Movie Snub. Not Awesome.

They got the “BEST SONG” right (yay Shawn Patterson!) but this movie deserves a “BEST PICTURE” nomination as well. 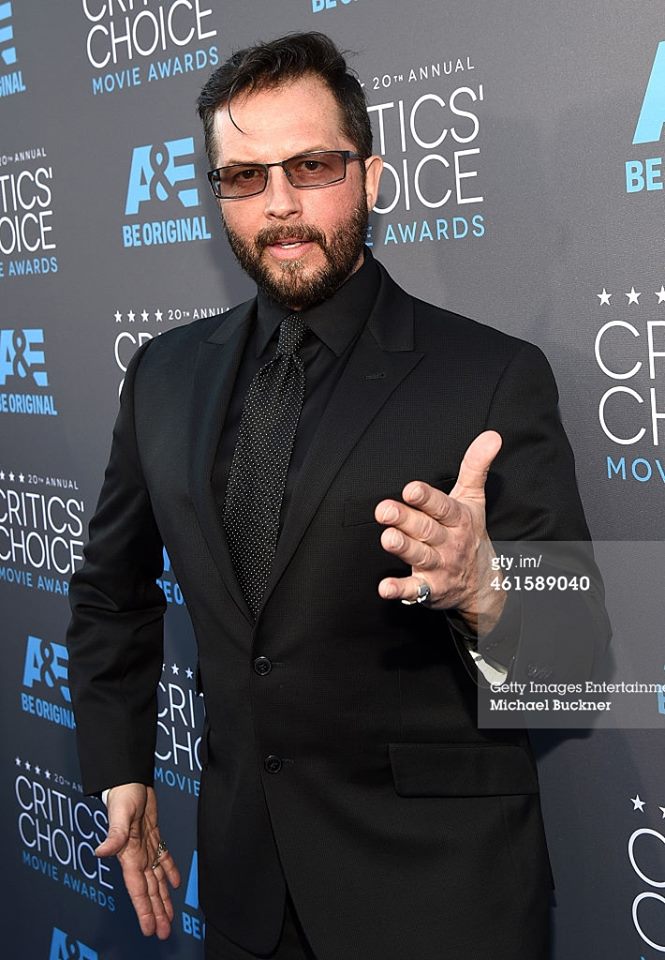 I love the #Oscars, always have but it would be utterly refreshing if we didn’t always have to pick serious films to win awards. I wish comedies with heart – like The LEGO Movie got the recognition it deserves. Sure Disney makes great movies but give the other guys a real chance. Yes, I’m super partial because my friend wrote the song we all will likely never get out of heads, “Everything Is Awesome”, but the actual premise of the movie was brilliant in my opinion. All of us in such a hurry to rush through life, have everything “perfect”, utterly stressed out from work so we get upset or annoyed when our kids leave toys out – it’s kind of pathetic. This movie was funny, catchy, heartfelt and identifiable to anyone who has:

C) Have ever played with (or still play with) LEGOS.

So this year, I personally think The Academy got it wrong. And apparently, I’m not alone. So, Shawn Patterson – I expect you to be the guy who paves the way for the rebels, the outside-the-box thinkers, and anyone who has had enough faith in what they do simply because they wouldn’t do anything else.

Recently, GQ sat down to interview Songwriter and Composer, Shawn Patterson. Shawn opens up about what was happening in his real life when writing the song and opens up about his Musical, “It Came From Wasilla”, which I’ve actually had the pleasure of reading and editing. Shawn is a gift to the world of music and I am beyond happy to see that he is getting much deserved validation for the beautiful, often hysterical bodies of work he creates.

Here is a look at the interview by John Jannjuzzi

Although the Academy may have snubbed The Lego Movie for best picture, they did manage to get it right and nominate the film’s insanely catchy tune “Everything is Awesome.” Seeing as this has been something of a GQ office anthem, we decided to ring up its writer Shawn Patterson to talk about the making of the track. Here he expounds on the dark history behind the lyrics, white dudes, and his latest project—a musical about Jesus and Sarah Palin saving the world

GQ: Tell me a little bit about how you began your career. What are some of the other movies that you’ve worked on that people might now?

Shawn: When I arrived in L.A. in 1990 and I was working as a P.A., I had no connections. I’d been a professional musician on the east coast for about eight to ten years. I started when I was really young, sneaking into bars and stuff. I had only saved about $400, and just started hustling. I did some trailers, I did a couple things for Ren & Stimpy, and sold my first song for Alvin & the Chipmunks. It’s just been a very bizarre journey of coming through animation by default—it wasn’t really what I set out to get into at all.

Are there things that people might recognize from your body of work outside of “The Lego Movie”?

I worked on a television series called Titan Maximum, which is a little bizarre Adult Swim stop-motion thing. Seth Green was the producer on that, and one of the voice talents. Chris McKay, who did many roles on The Lego Movie, was the director of that series. Then they wanted to bring me on board to Robot Chicken. From there, Chris left and went on to The Lego Movie and I went on and did some other things and wrote a musical in that same time.

What was the musical you wrote?

I’ve never officially announced the title publicly, and this year we are shopping it around and looking to get into production. It’s actually called “It Came From Wasilla.” It’s a very bizarre telling of how Sarah Palin and Jesus Christ save the world. Jesus is her buddy and comes down to the promised land of Alaska to save the world. It’s not what you’d expect.

I don’t really expect Jesus and Sarah Palin to save the world, but that sounds like it could be hysterical. So how did it all happen with “The Lego Movie”?

Chris called me one day while he’d been over there for a while. He said, “You know, they’ve scripted in the need for a song. The song is going to be called ‘Everything is Awesome’ but we don’t have anything that fits the narrative of the story, works with the characters, and the tone.” He gave me a lot of key words: fun, upbeat, hand-claps, super peppy. We talked about content a little bit, things like “working as a team” and this and that. There’s a lot of it that’s darker than people might think—being part of a collective, and flirting with the idea of a communistic sort of mind. And the original rap bridge that is not heard in the pop version had a very specific narrative that was about all the really goofy things that white guys love to do. Very vanilla stuff like riding scooters, playing songs on a kazoo, and wearing argyle sweater vests, and capri pants. It was a very specific narrative tailored to the tone of Emmet and the world in the movie. They just sort of let me go and have fun with it. I poured myself into it.

When you actually wrote it, you were going through a divorce, right?

Yeah, I was going through a very difficult divorce. It was just hard going from married with three kids to single co-parent, writing and working as much as I do. It wasn’t an easy divorce by any stretch—there was a lot of difficulty and darkness going on. Music for me personally has been a place that I hide in. My entire life, no matter what pain or trauma has gone on, I go there and I close the door and it’s safe for me. And it’s always been that way. So when the divorce went down, I buried myself in this song and let myself go in the subtext. I was becoming Emmet and writing for his world and all that stuff. I don’t doubt there was a constant struggle to hold back any potential bitterness, like everybody does when you go through a tough breakup. But I was writing this incredibly upbeat song while this hideous divorce is going on. As the lyricist in this, there’s a push and a pull between how dark am I gonna go, how bright am I gonna go, so it was a bit of an inner struggle. But a good one. I’m almost grateful for it, because I don’t know if the song would’ve had that balance.

Did you have say in getting Tegan and Sara to sing on the film version of the song?

I really wanted Julie Andrews and Meryl Streep to sing the verses.

If you win the Grammy, you can definitely get some big stars to sing.

I actually wanted Katy Perry to sing too, she was my first choice. But Sammy Allen is the name of the singer that sang the first full-pop version and she sounded amazing. Her voice is actually the one that sold everybody. She gave it the sort of clean, slick, pop-edge, but not over-produced sounding, you know?

Did you know it’s Tilda Swinton’s favorite song? She told us when we interviewed her as GQ’s Woman of the Year.

It doesn’t seem believable to me in many ways. It feels like a big running joke, and somebody’s going to go, “You dumbass, we were pulling your leg this whole time. Nobody likes this!” It’s so bizarre. I was at the Golden Globes and I ran into Joaquin Phoenix, and he figured out who I was and he goes, ‘I fucking love that song.” I’m looking at him stone faced, like “C’mon man, that’s really cute, that’s funny. Let’s talk about Gladiator.” And he goes, “No. I fucking love your song.” Then I met David Oyelowo from Selma and his wife and they say “We sing your song every day in the house.” And I’m like, “Oh my god.”

What are some of the films you admire for their score?

Well I’ve always been the world’s biggest John Williams fan. I don’t even know if I’d be attracted to film and television music if it wasn’t for him and Jerry Goldsmith. I really identify with a lot of the older guys that come from sort of a romantic period, or were heavily influenced by it. You hear a strong distinction of melody and orchestration with them. For me, I love John Williams’s original Superman, I sat in a movie theater in the front row with a cassette recorder because I was so obsessed.

Yeah man, I’ve been there. So aside from the Sarah Palin and Jesus musical, are there any other projects that you’re working on right now?

You know, I’m in talks with Chris McKay to write songs for Batman Lego—nothing is official, but we’re talking. I would love to do that, it’s just a great thing. I’ve seen some of the concept art and it’s mind-blowing. I’ve written four songs for Lego 2, but I tend to be the type of guy that’s always excited, but until it all comes down, there’s so many things you can’t and want to do. Those things are definite possibilities. Right now I’m writing on Puss and Boots, and it’s bear. And I have no agent and I have no manager, so all of this stuff has been by word of mouth. It’s been by kind of working relentlessly and endlessly.

All from that four hundred bucks that you hustled with.

I remember all of that stuff. A lot of people ask me about all the attention being heaped on me and the song, and wonder if it makes me feel any different. And I say no, because I know what it’s like to sleep on floors with heroin needles around me and all this stuff. If you do what you love, it’s a thing that can save you. And for me, that’s been the case with music. Thank god I found it, because I’d probably be a pirate or something.

Recipe: “In the Summertime” Tart By Heather…