PinUp and the Search for Bicycling Betty

PinUp For A Cause …

A mascot for a cause! I was recently honored to submit to be a part of a PinUp Competition to raise awareness for AIDS/HIV’s LifeCycle. The event is a 7-day bicycle ride in the name of the San Francisco AIDS Foundation and the LA Gay and Lesbian Center. I am proud to support this and as someone who has friends and family that are part of the gay community as well as  friends and family who are living with HIV/AIDS (and some who have lost their lives), I would love to ask that you come out to support an incredible cause.
AIDS LifeCycle INFO   DONATE to LA LGBT   DONATE to SF AIDS Foundation
My interest was sparked when I read the submission form. They asked why I’d want to be a part of this Event. My answer was simple: For my cousin. My cousin, Eliseo was a huge staple in the LGBT community. He lived in Laguna Beach with his partner of many, many years. His partner lost his life to AIDS and soon, Eliseo (who I lovingly refer to as “Cheyito”) was also diagnosed. Cheyito lived in the Hagan House in Laguna Beach which is a home that supports those living with HIV/AIDS. One night as Cheyito was coming home, he was jumped by a young man who was full of rage and a tragic hate for the gay community. Cheyito was beaten severely and eventually, lost his life as a direct result of that brutal beating. I swore I would do something and while the man is now behind bars, it’s the knowledge that so many are so full of ignorance and hate that propels me to be supportive of a community I hold dear. I have many friends that are married thanks to the recent Constitutional Amendment recognizing same sex marriage as an equal right. Some friends were married in states who had the openness to recognize the significance long before the endless battle over the past 7 years. Some friends here in California made it in the small window of October 2008 and were married legally before the ruling was overturned. Thankfully, government realized their error and equality was finally given back it’s voice.
We live in a world full of beauty but it’s also full of misinformation and this event is an homage to all of the things that are wonderful and true and those working so hard to spread the message of love and support. I am proud to support AIDS LifeCycle, San Francisco AIDS Foundation, and the LA Gay & Lesbian Center. I am beyond honored that I am among the Top 5 PinUps chosen to compete. Fingers crossed I’ll end up in the Top 3!

The PHOTO above was my submission along with this one and the one below was their choice: 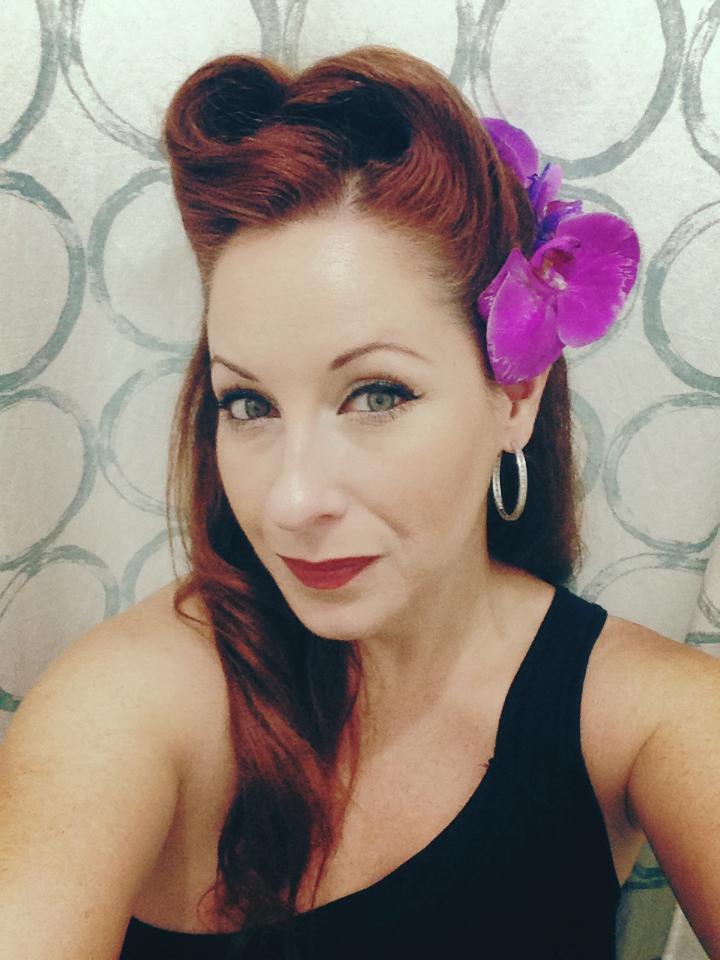 Below is the initial letter I received with more info about the event itself:

“My cycling team, the Bicycling Betties, will be riding in AIDS./Life Cycle in June. In our efforts to identify groups of people who may be interested in our upcoming fundraising event, we found your profile on Pin Up Girl Style’s website. As part of our fundraising efforts, we are conducting a search for Miss Bicycling Betty 2016! We’re reaching out to members of Pin Up Girl Style in the SoCal area to invite you to participate in this fun and exciting pin-up contest. The preliminary round will be held on Friday October 16 from 5-10pm at Revolver Bar in West Hollywood.

AIDS/Life Cycle is a fully supported, 7-day bike ride from San Francisco to Los Angeles to raise money and awareness in the fight against HIV/AIDS.

For more details on the contest, please check us out on Facebook!
For more information about team Bicycling Betties and AIDS/Life Cycle, please visit:

Our Facebook page will also provide details for registering for our contest. Please let me know if you have any questions by emailing us here at [email protected]. Just so you’re aware, all registration fees collected for participating will be donated directly to our team’s fundraising goal and you will be supporting the important work of the San Francisco AIDS Foundation and the LA Gay and Lesbian Center.”