Integrity, intelligence, compassion, tenacity and optimism are words I’d use to describe one of the most influential women in my time, Soledad O’Brien. A journalist, an activist, a Harvard graduate, a woman empowering other girls and young women, a wife and mother (of four!), Soledad O’Brien is a woman who is actively changing the world we live in … for the better.

She first became a journalist I admired when she was an anchor on CNN. Her approach to journalism was one that didn’t undercut the severity of situations she was reporting or sit idly by in a heated political discussion and for that, news wasn’t a form of “entertainment” but rather an actual informative insight into the world, delivered in a concise and passionate format.

You have to believe in yourself, and surround yourself with supportive people.

One of six children, O’Brien grew up with parents (her mother from Cuba and her father from Australia – whose love story when meeting at Johns Hopkins is one to adore) that created an environment where education and family were the foundation of life. As a result Soledad and her five siblings, all Harvard graduates, each excel in their respected fields of medicine, law, broadcast communications and journalism. Throughout the span of her career, she has taken her upbringing and her passion for education and turned it into a lifelong mission of impactful storytelling, raising awareness, bridging divides and polarizing the issues facing a rather divided world.

Having started Starfish Media, a broadcast media company that works with major news networks like Al Jazeera, CNN, HBO, and National Geographic, O’Brien is not only one of the most sough after journalists, she is also one of the most poignant documentarians and producers.  Telling stories that show our connectedness as well as the racial, socio-economic and education discourse, she finds a way to empower, encourage and inspire. 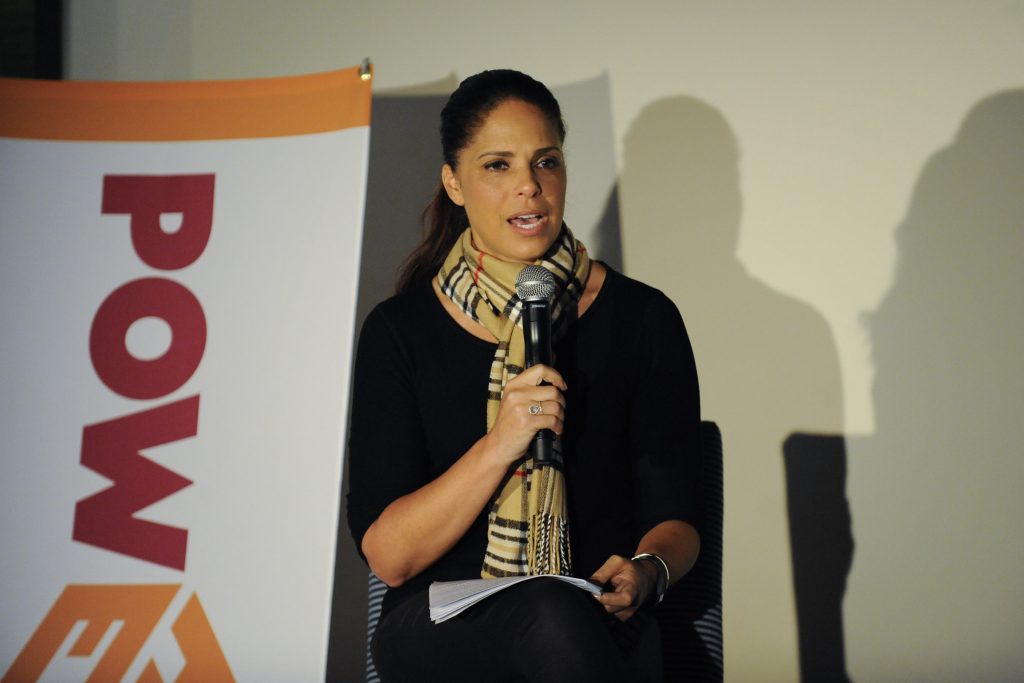 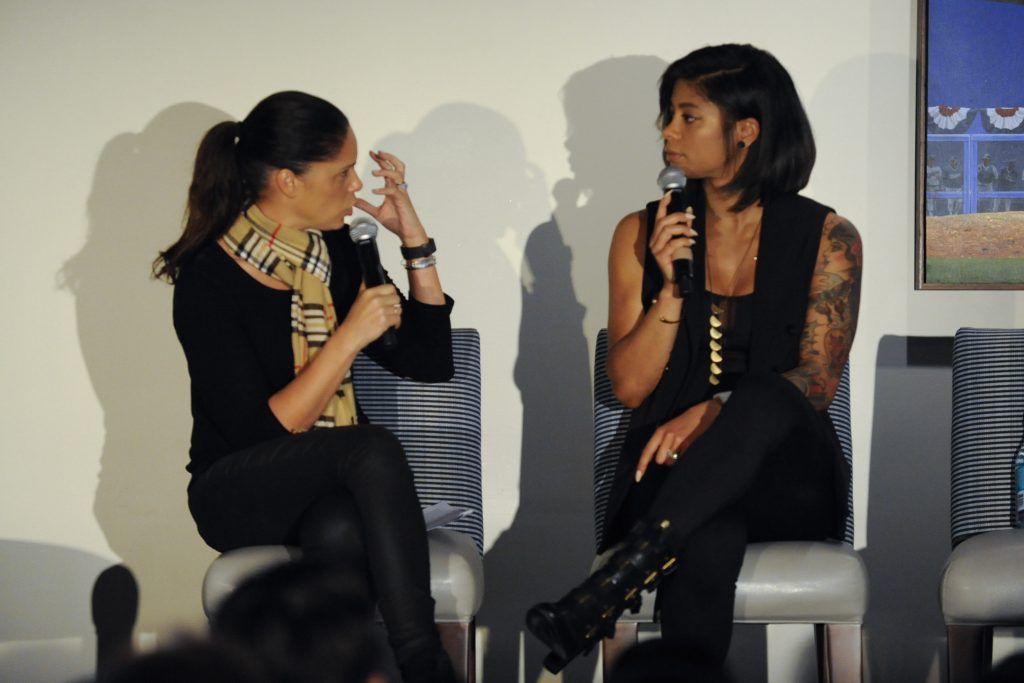 When you watch one of her segments or a documentary she’s been instrumental in bringing to life, you know she sees the world as possible, capable of thriving, and coming together. She takes the thread of what we so often see as tragic or misunderstood and instead, relays a compelling truth that weaves together the instrumental core that allows humanity to recognize themselves in one another. It’s a beautiful and essential form of honest storytelling.

I had the pleasure of interviewing Soledad during the weekend of her incredible foundation’s summit, PowHERful that took place here in Los Angeles. PowHERful is an organization that gives high school seniors and young women the opportunity to go to and through college. This year alone, she will fund tuition for 25 young women as they embark on a future that will no doubt leave an indelible mark on the world.

In spite of her packed schedule, Soledad took the time to answer every one of my questions which speaks volumes to her character and willingness to give her time. This was a privilege to do and an inspiration to never falter on your dreams nor the tenacity it will take to accomplish them. Below is our interview and photos from this month’s Summit with fitness expert, Massy Arias.

Growing up, what encouraged you and your 5 siblings NOT to limit yourselves?

I guess it just never occurred to us to limit ourselves.  Our parents were pretty strict, we had early curfews and weren’t allowed to do much sometimes—but I think they were also very ambitious for us. They genuinely believed that we could do whatever we wanted to, could be whatever we wanted to. I’m also pretty stubborn and most of my siblings are pretty stubborn, so whenever I hit an obstacle I tend to just figure out a way. I’m not very good at giving up, I’m pretty aggressive.

As you and Brad created the Starfish Foundation, what was one of the biggest challenges you were presented with?

I think the key to running a great foundation is an excellent Executive Director. Good leadership is probably the biggest challenge and we have been very fortunate to have a wonderful Executive Director, Michelle Gittlen.

As women (and girls) find themselves in a world where their potential is no longer stifled or hidden in the shadows, more and more women have come to the forefront to offer aid and support for one another. How have you seen this exhibited through PowHERful?

It’s been so incredible the degree to which successful women want to give of their time (and energy and money) to help young women figure out their path. We see this in PowHERful all the time–executive women who volunteer to spend a Saturday to mentor and guide young women who are in high school or college.  They give them pep talks, advice, strategies, encouragement. I’ve found so many women who are so, so busy, but willing to give up a weekend to be of service. I love that. 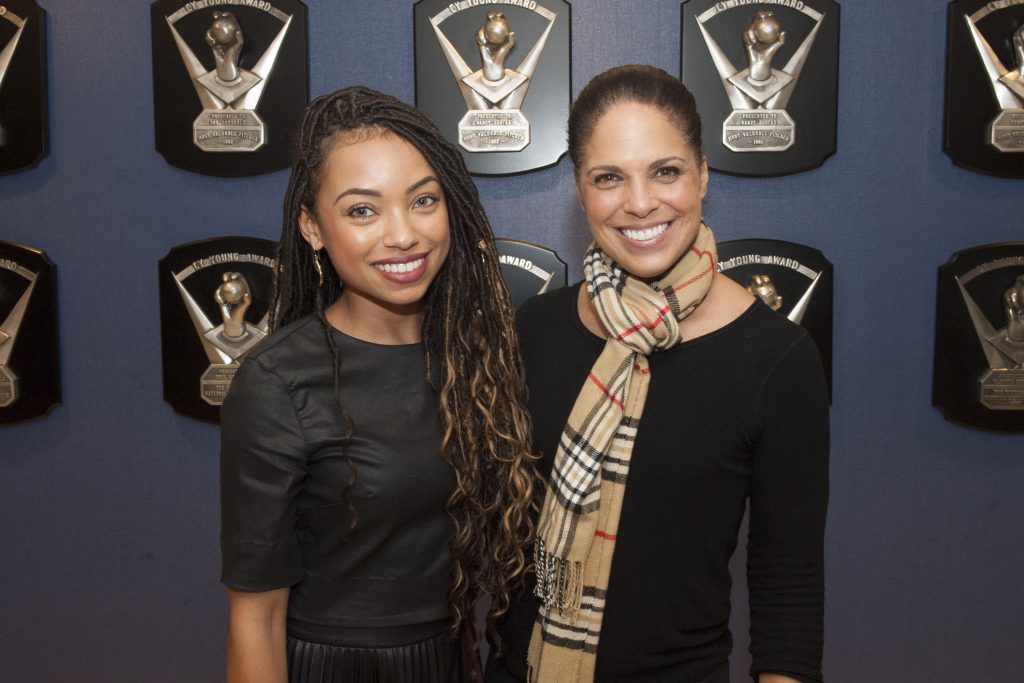 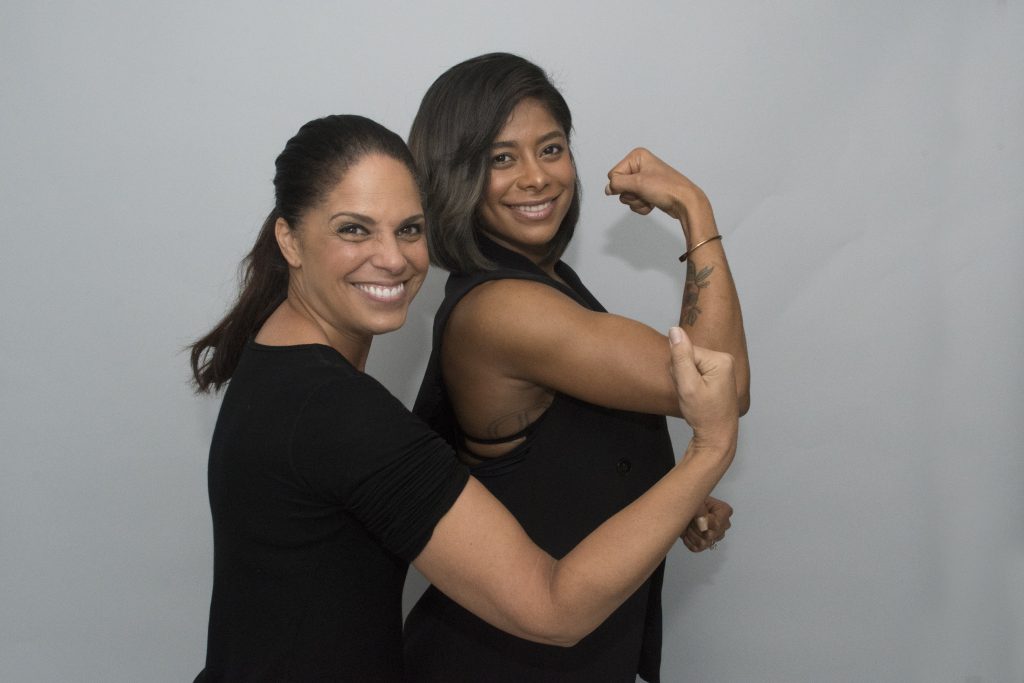 What is your vision for the organization and the summit in the coming years?

Our vision is to reach as many young women as possible–to really be offering them great content and helping girls who are ambitious about education.

What have been some of the more frustrating aspects of education and opportunity for these high school juniors and seniors that you’ve seen since you began?

I think the most frustrating thing for a young person who is trying to go to college is money–it is always a struggle for our scholars and many young people.

As a woman with a strong sense of self and an undeniable desire to see girls and young women understand how much they’re capable of, what advice were you given when you began that has guided you throughout your career and this endeavor?

Best advice I got–to not listen to other people’s negative feedback. I’m always amazed how freely people will give advice on topics they know nothing about. My mom was very clear about not putting off your dreams because others don’t believe in you. You have to believe in yourself, and surround yourself with supportive people. Our basic message is self advocacy:  it’s up to you babe! I think that’s very freeing for our young women–to know that navigating life is going to require asking for help, and getting advice.

What are three characteristics you believe every girl and woman should possess in order to succeed and ward off self doubt?

I think the 3 characteristics that I possess that have made me successful are: being strategic, being flexible, and being optimistic.  All those things help ward off self-doubt, though I think each individual needs to figure out her own list of what makes her successful. For me list-making and strategy really clarified what I’m doing, on a day-to-day basis. It helps organize my day, my week, my life. Being flexible is crucial. You have to quickly move on when something isn’t working. You have to be able to identify mistakes and fix them or ditch them. Flexibility is moving from plan a to plan b to plan c, seamlessly, if you need to.  Finally optimism is an important thing. I think I’ve gotten so far because I enjoy life, I find good in people. I’m excited about new opportunities. I think people feel that from me and that’s appealing. 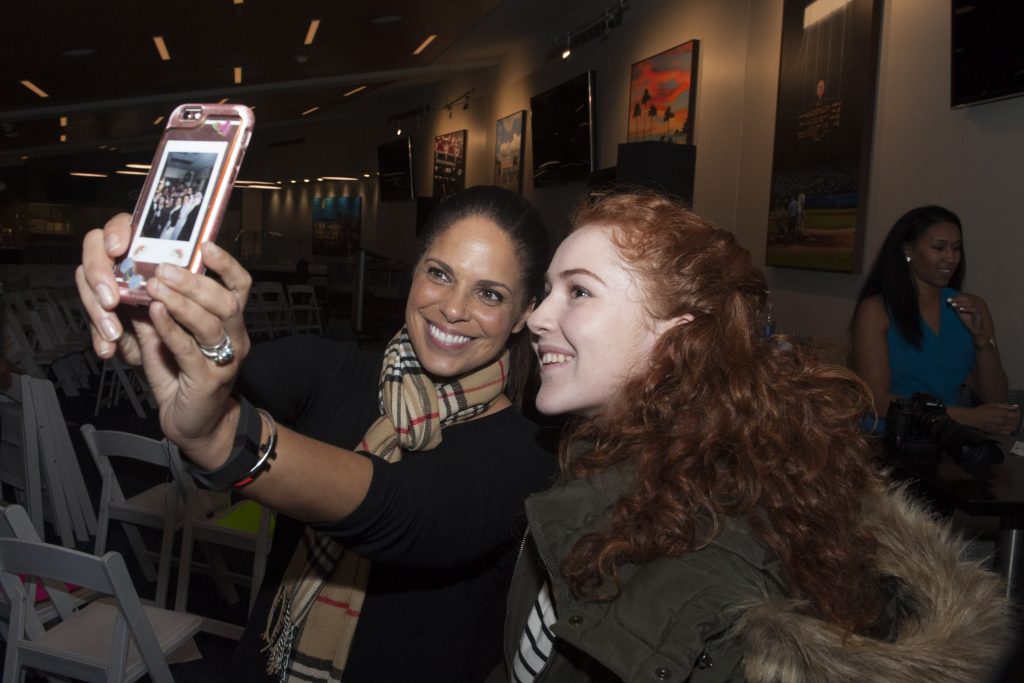 Transparency in our education system is so pivotal in creating all around success for future generations. What have been some issues you’ve come up against that surprised you?

Oh I think the surprising thing is really how most people are on the same side. Lots of coverage of education would have you think that there are huge percentages of terrible teachers of awful administrators or uninvolved parents. While those folks definitely do exist, it’s been my experience that most teachers work hard and want their students to succeed. Most administrators want to have a successful school. Most parents want their kids to succeed. Technically we are all on the same team here.

As a mom yourself, what advice would you give to daughters everywhere that thrive intellectually but struggle with how to achieve their goals?

If you could sum up what PowHERful means to you in one sentence, what would you say?

PowHERful is about investing in young women, so that they can learn that ultimately it’s the investment in themselves that will pay the greatest dividends!

To learn more about how you can get involved, visit www.StarfishScholars.org 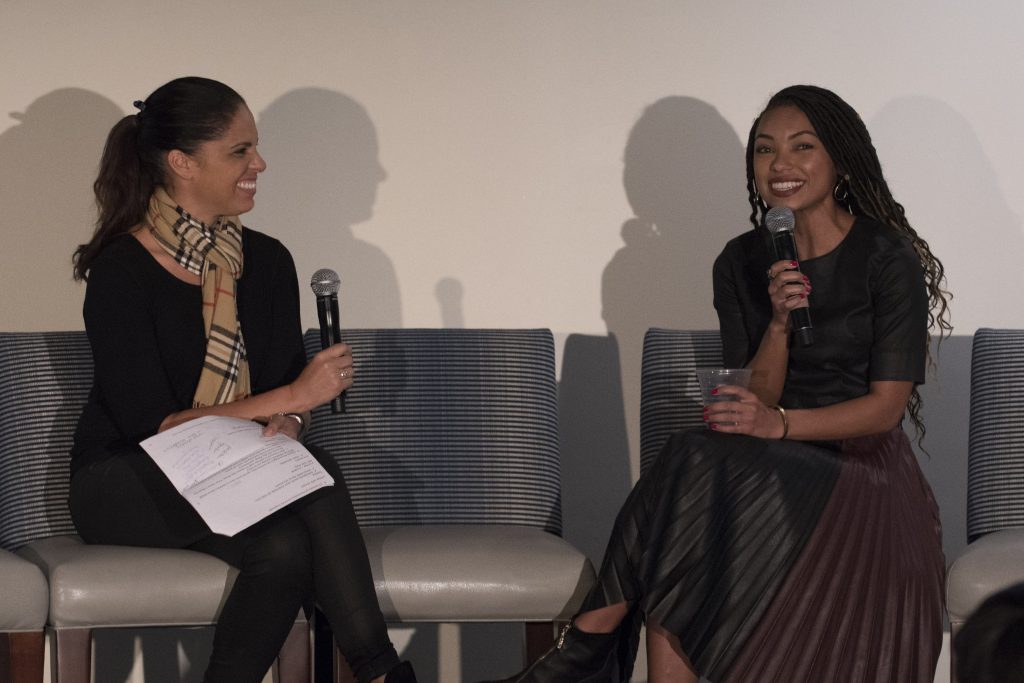 “I HAVE COVERED THE WORLD’S MOST DEVASTATING STORIES THROUGHOUT MY CAREER — STORIES OF UNIMAGINABLE HUMAN HARDSHIP AND LOSS.

There was the father who lost his grip on his little boy in the Indonesian Tsunami and the Japanese fearful of radiation poisoning. I was haunted for years after seeing the homes devastated by Hurricane Katrina in New Orleans. I still visit the orphaned children of the Haiti earthquake. I remember the faces of the few survivors I met and push away memories of the thousands who did not. There was so little I could do to help.

Or was there? Those who dedicate themselves to rescue often tell the Starfish Story. When I heard it, it drove its way into my heart.

Countless starfish have washed ashore on a beach and are dying off. A little boy is picking them up and tossing them back into the ocean in the hope they’ll survive. A man walks by and asks him why he’s doing something so futile.

“There are hundreds,” he points out. “What difference will it make?”

The boy picks up another starfish, throws it into the sea and says: “It will make a difference to that one.”

I wanted to make a difference. Maybe this was the way. I had met many young women whose life plans had been stagnated by terrible disasters, compounded by generational poverty — some were just down on their luck. I could help one of them, do my part, and maybe launch a successful young woman into a brighter future. Then they could go off into the world and help others.

Welcome to the Starfish Foundation. I hope you’ll join us.”

Oklahoma City, I Love you! One of…