The Beauty of Bourbon | Day 3

A Day of History and Innovation

Waking up early in the morning as the Louisville sun sets in and the threat of a tornado passes happily, the weather feels more like winter with hints of summer as the brisk air seeps into my skin and the sun stays indecisive. As we meet in the lobby at the 21c Museum Hotel, grab a smoothie, we head out in our sleek black tour bus (we feel like rock stars) and head to Buffalo Trace for a tour, some lunch, a rather fortunate tasting and then head to Louisville’s newest distillery, Jeptha Creed ran by an amazing family headed by two incredible women. 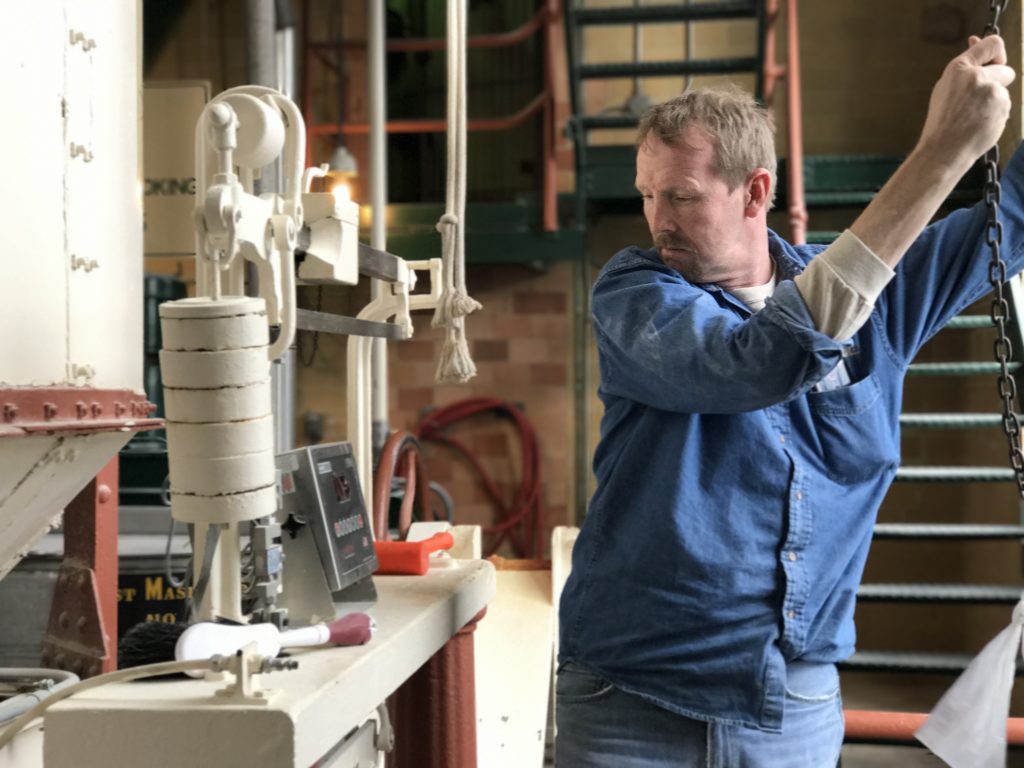 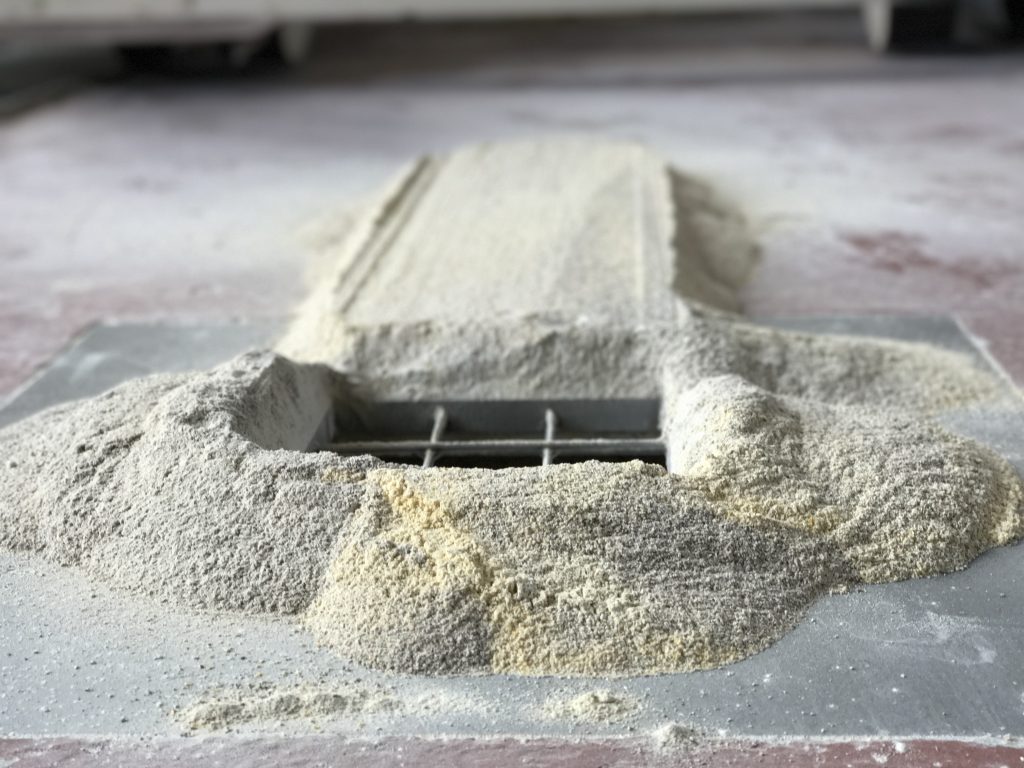 Buffalo Trace is a gorgeous distillery whose has its own deep seeded roots in Kentucky and is said to be the oldest working distillery in the United States dating back to the 1770’s. Recently, that history became ever apparent when they decided to do renovations on the original building and in doing so unearthed some monumentally historic (and soon to be working again) cement tanks deep under ground. When you visit the site now, in various stages of rebuilding, it reminds one more of an archaeological dig that will expose some truly wonderful moments in time more than anything. It’s exciting to see the way things once were and allows us to revisit times before we modernized. 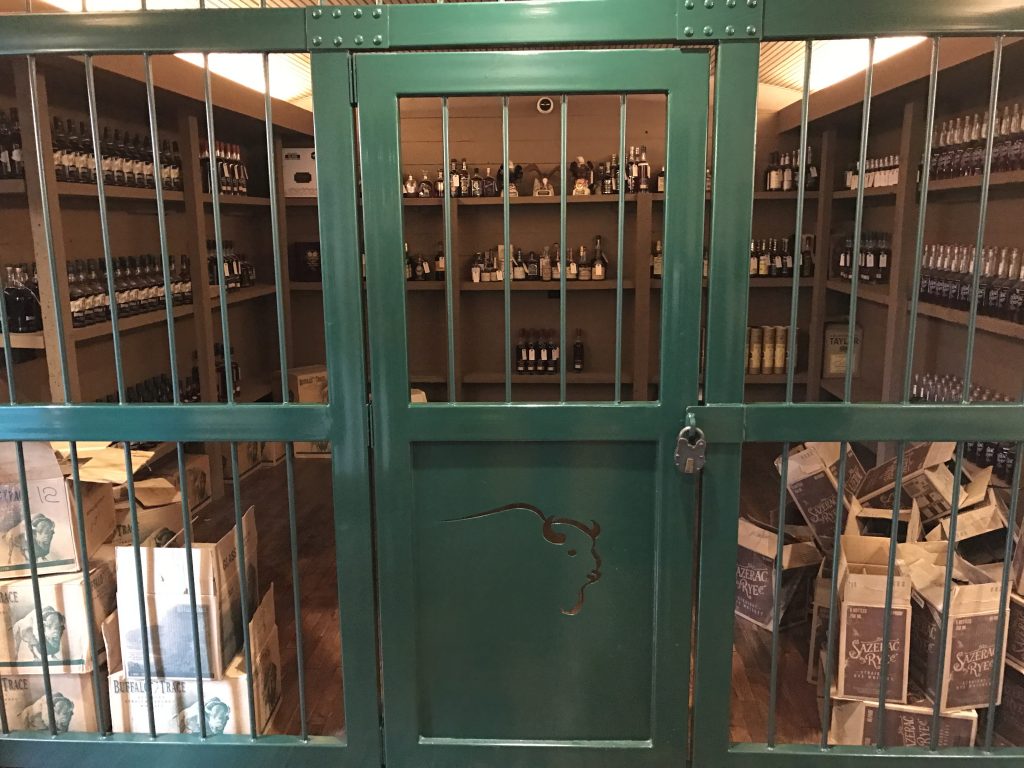 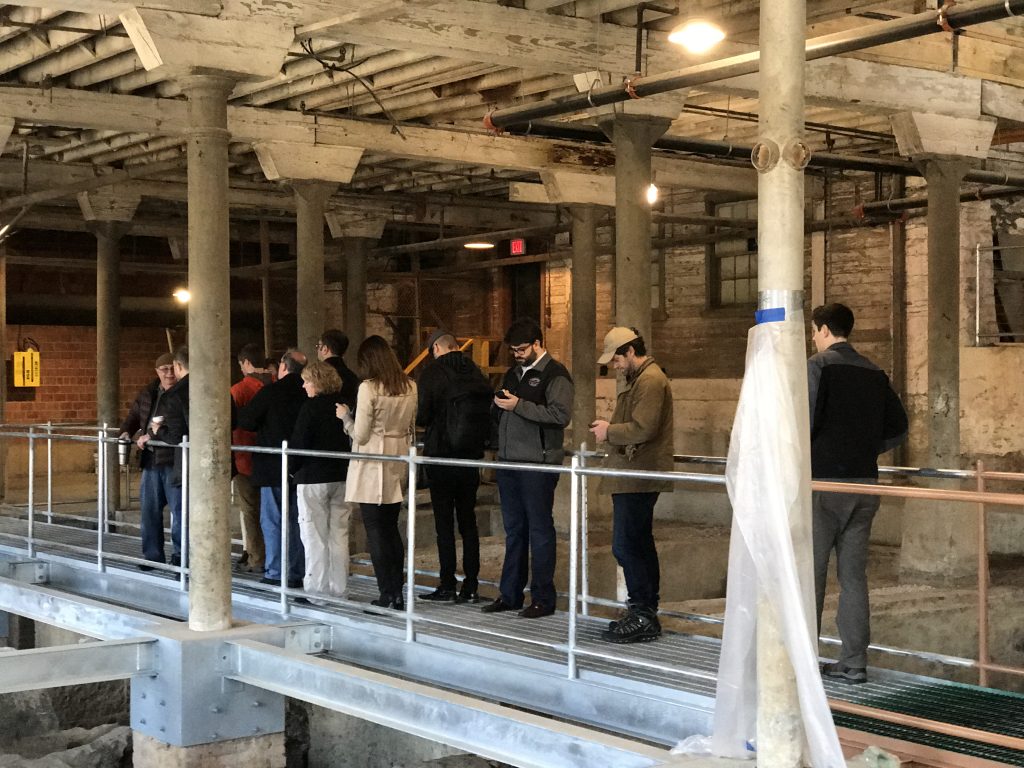 As we arrive, we are taken into the living museum of Buffalo Trace (which was just named Visitor Attraction of the Year by Icons of Whisky America). With everything from a stave made bar to a whisky and bourbon vault housing bottles of some of the famed whiskeys and bourbons over the history of Buffalo Distillery (aka what we all drool over) to a cute little store that has my new staple of bourbon salts, the first impression is a lasting one. Fred is a tour guide for the afternoon and it’s his charisma and humor that makes this a journey that is one of candor and easily digestible info! One notable detail at this distillery is the buffalo insignia that appears throughout every aspect of the property. This lines every single step inside the distillery, the water tower, even something as simple as the toss bin outside. It’s a subtle way of honoring the purpose behind the brand. We have the pleasure of walking high up into the tower through a stairwell that is protected by sheets of metal and when you look down, well, it’s a long long way to the bottom! It allows you to really think about the blood, sweat and tears that goes into brewing the perfect batch of bourbon and whiskey. 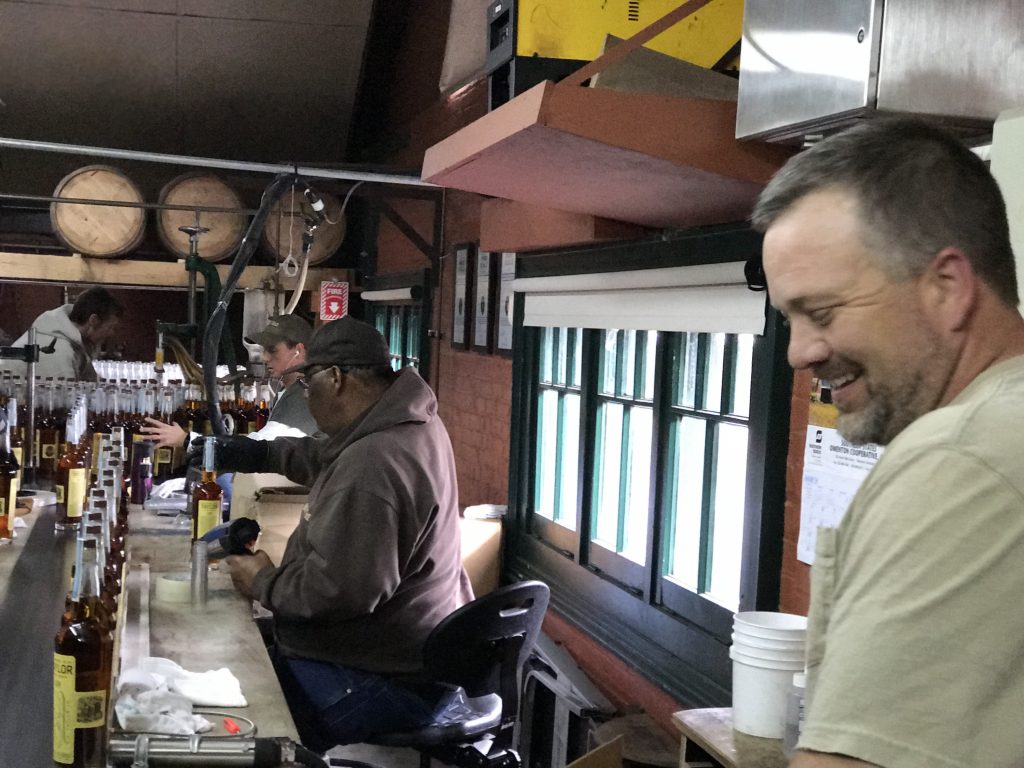 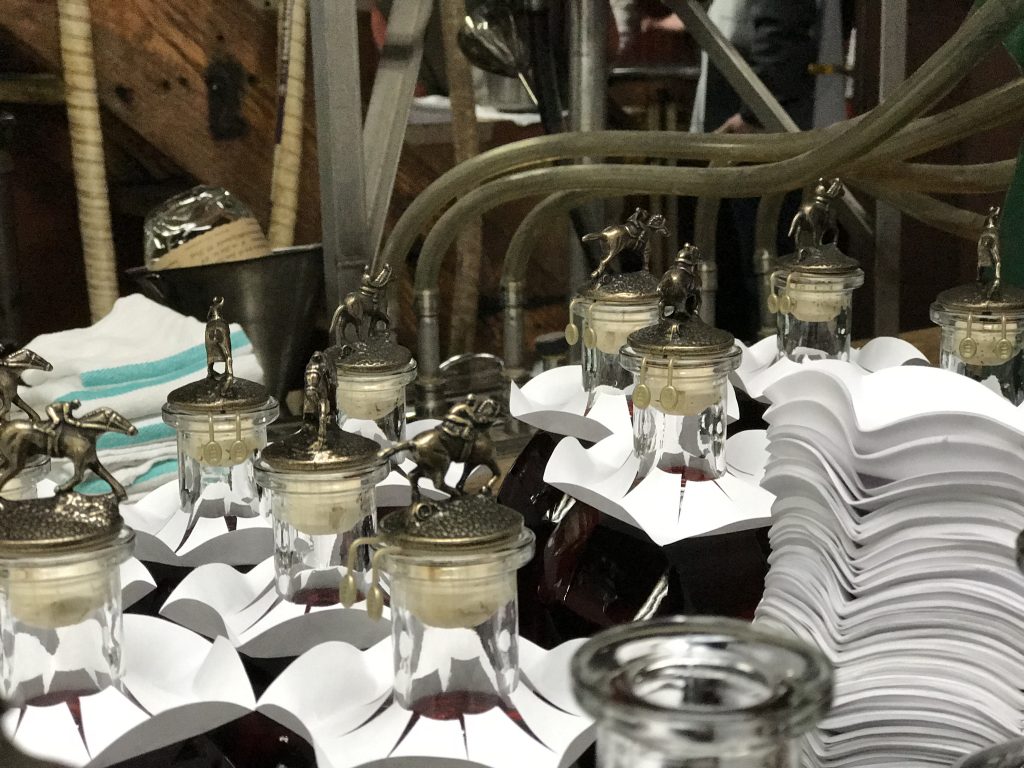 A story that is solely unique to Buffalo Trace is the barrels that managed to stay in tact during a terrible tornado. Barrels stacked at the height of the warehouse were left totally exposed in the conditions following a brutal tornado in April of 2006. The fear of course being that those barrels would be ruined which meant a rather hefty loss. In true Kentucky fashion of not letting a little weather interfere with business, the distillers decided to open a barrel and give it a taste. The results? Absolute perfection and as luck would have it, something that cannot be duplicated ever again. Not even barring a call to mother nature!

Having an opportunity to see the process first hand, it’s fascinating that each distillery may have the same overall process but no two do it the same. One of the major perks of this tour was going into the bottling facility where E.H. Taylor, Blanton’s and Buffalo Trace become the beautiful end product we’re happy to consume. E.H. Taylor has a tale as old as bourbon. Turns out Colonel Edmond Haynes Taylor was distilling in times of Civil War and believed in a hands on approach which carried through the years. That said, I was most fascinated with the tiny racing horses atop the Blanton’s bottles. Each one is slightly different and if you look closely, there is a small letter identifying which horse and jockey you got. I was handed one on my way out and it turns out, I got the winner (marked with an “S”)! It truly is an art form from watching the men and women tasting batches in the tank to those sifting through the grains to those packaging and bottling. It’s not something to take for granted. 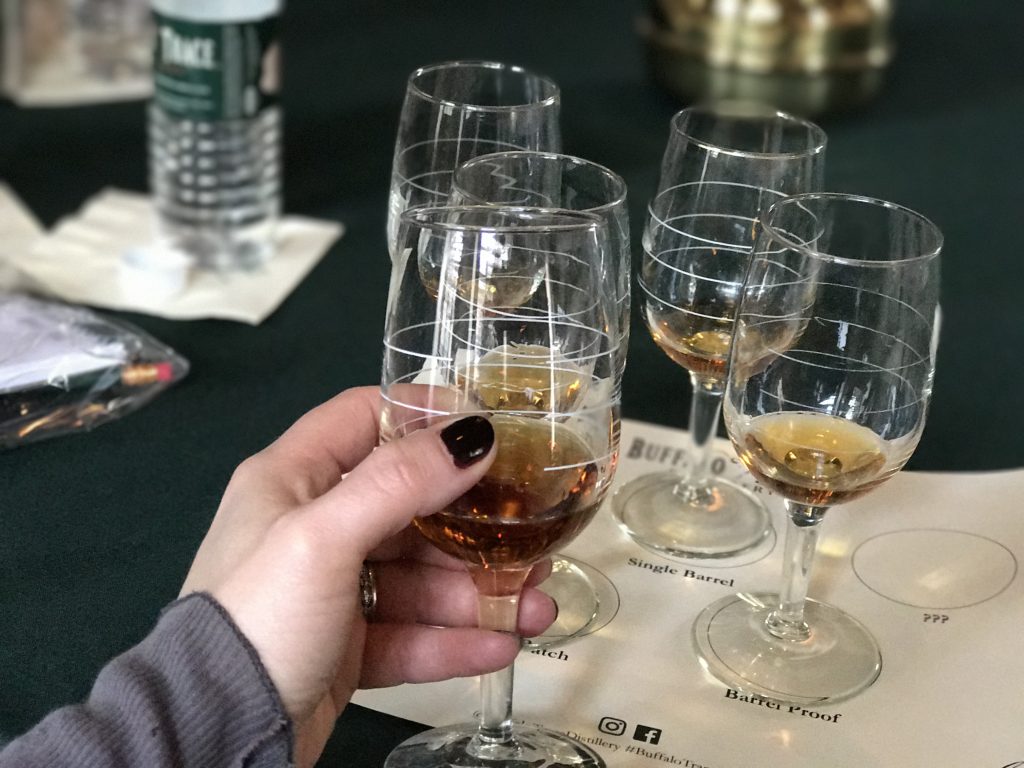 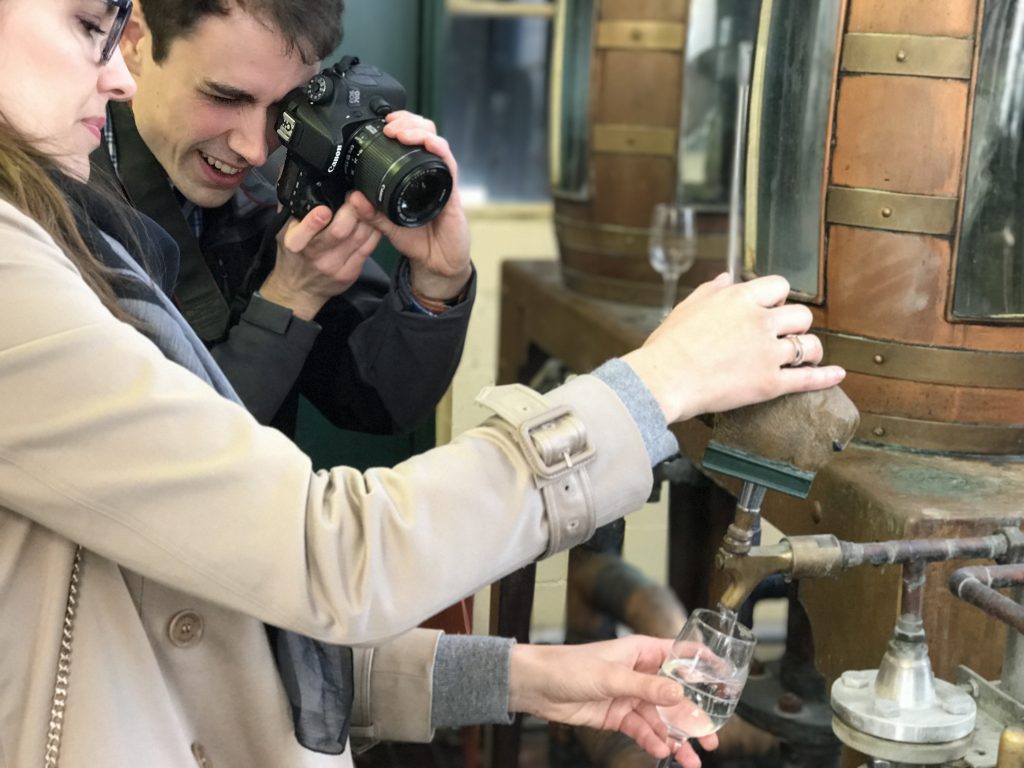 Now to get to the mid morning tasting – hey, it’s perfectly acceptable to do a little day drinking during the Bourbon Classic! Plus when you’re in the company of the Bourbon Review gents, you’ve got to be ready to test your liver!

We head into Commodore Richard’s cottage equipped with old bookcases housed with vintage books and tables and chairs set up with five tasting glasses filled with whiskey and bourbons for us to discern.

Buffalo Trace Distillery is where you go to take a walk through history and a sip of something that only makes you appreciate distilling more. 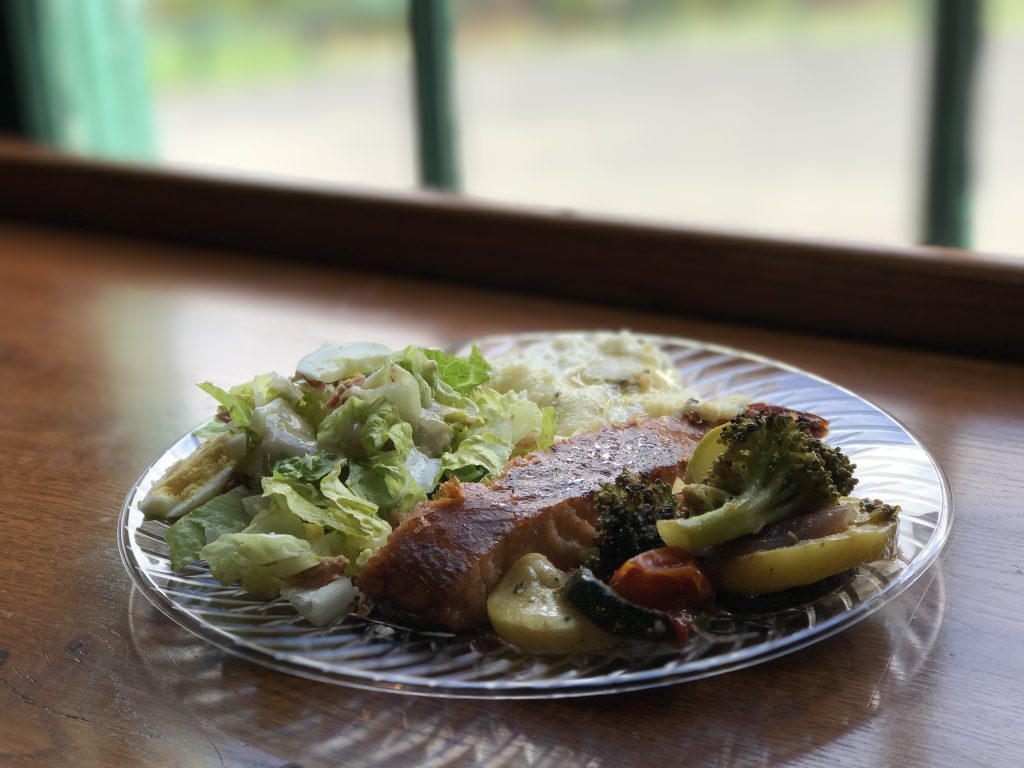 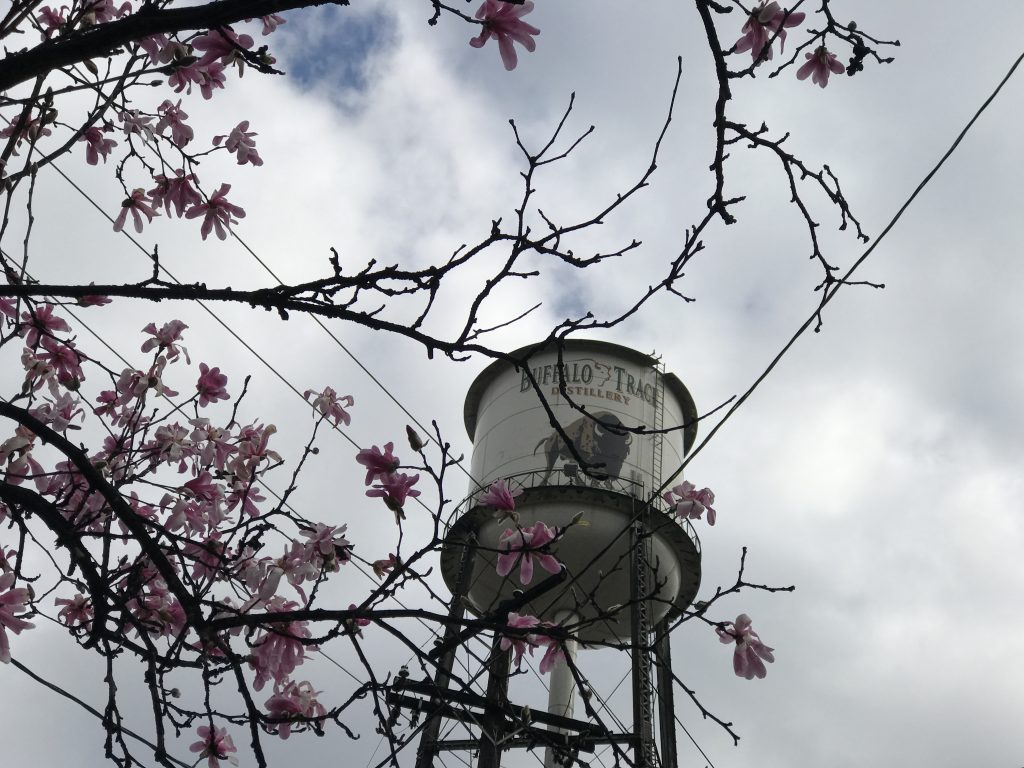 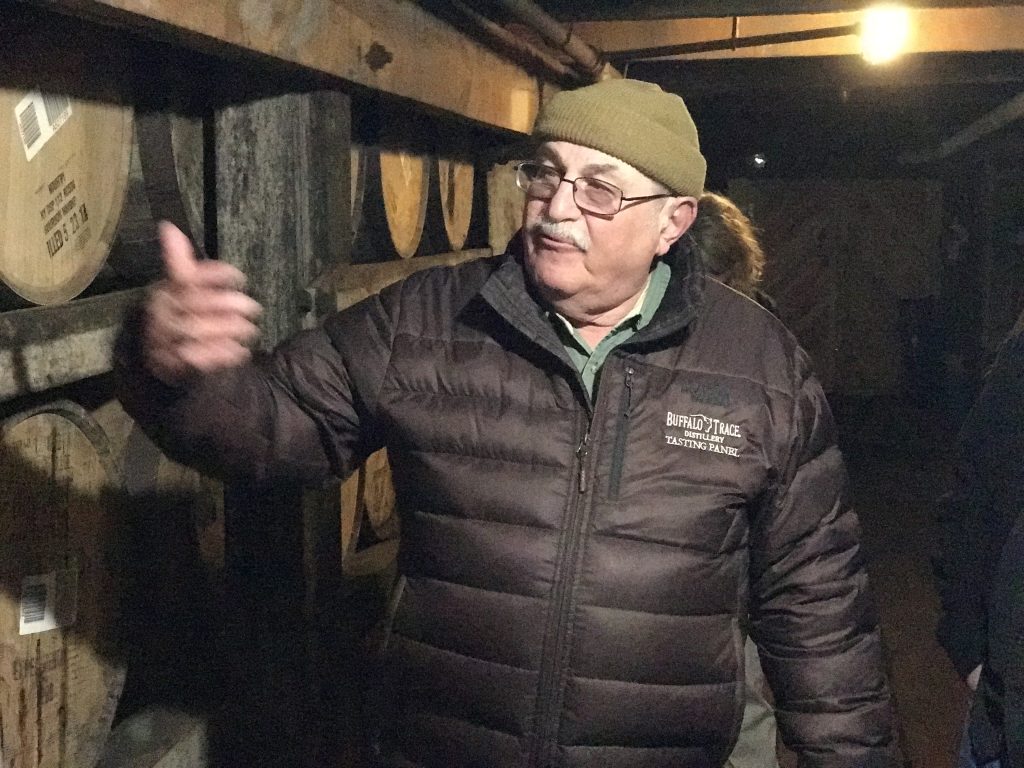 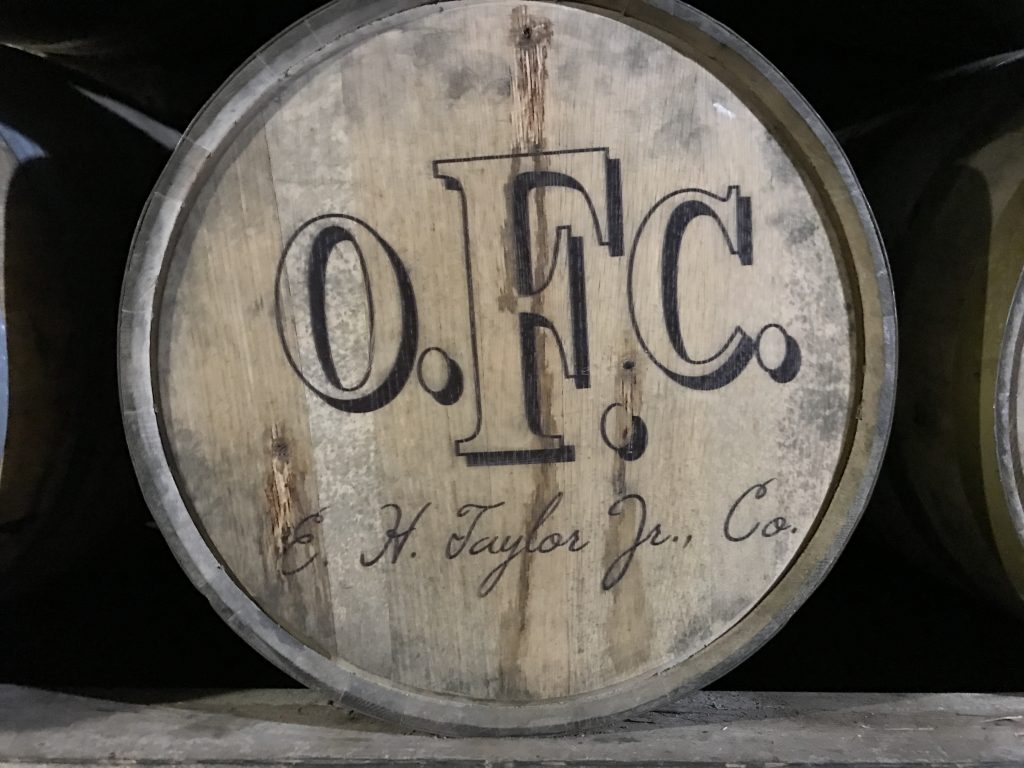 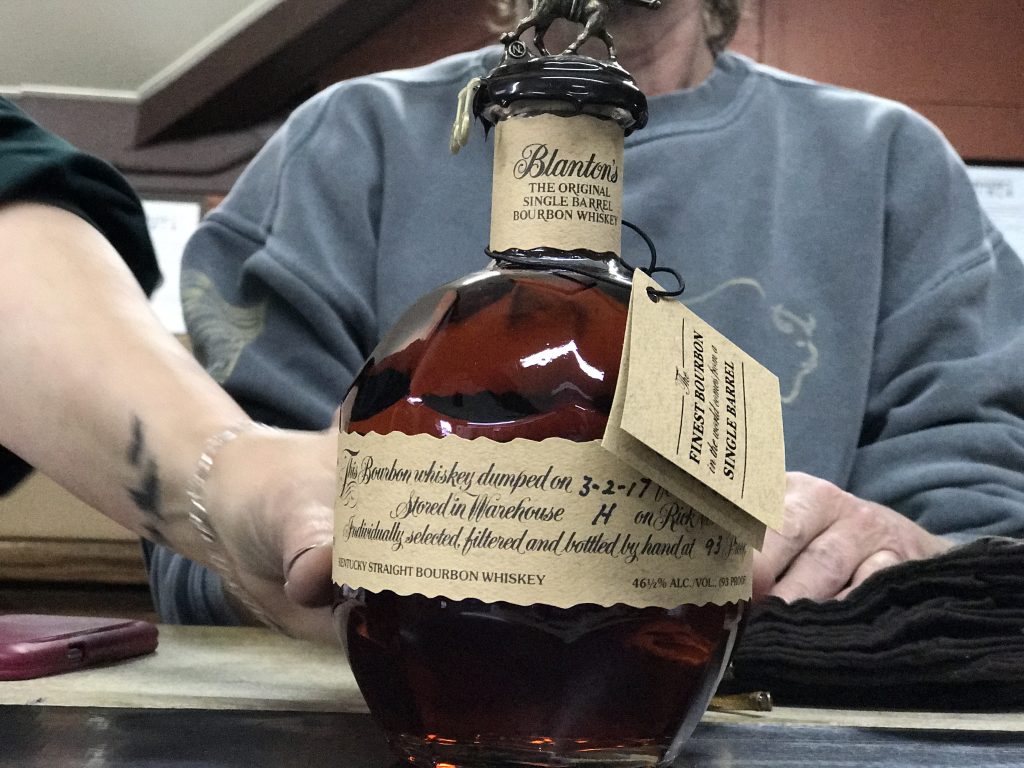 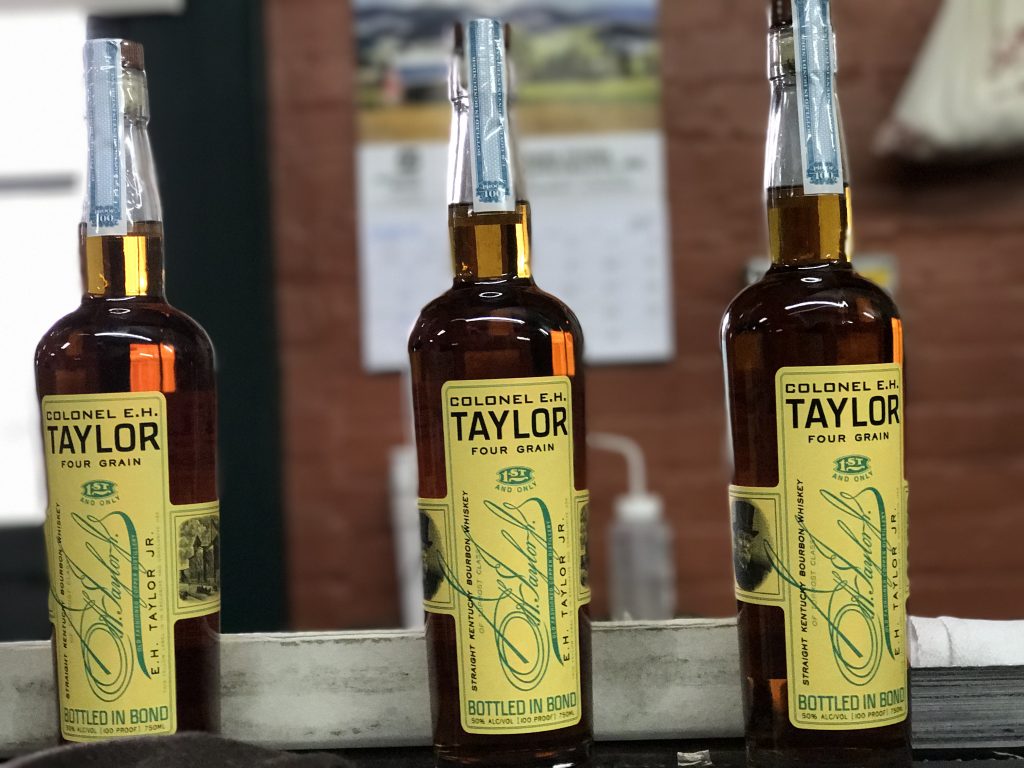 Along the roads that lead to Shelbyville, you’ll come across a distillery that has an air of old and new. Jeptha Creed. The minute you walk into the distillery you are greeted with a bar stocked with some of the best dang lemonade moonshine you’ve ever tasted! With a blend of pucker and sugar and a whole lot of dirty lemonade, you’ll wonder how you got on without it. Greeted by owner and chemical engineer, Joyce Nethery (the mom of the mother-daughter duo), she gives us a southern hello and leads us into their state-of-the-art camera-ready kitchen and dining area. Explaining a bit of the story behind this old-meets-new distillery you can’t help but find yourself utterly endeared at the sheer tenacity, intellect and know-how she emits. 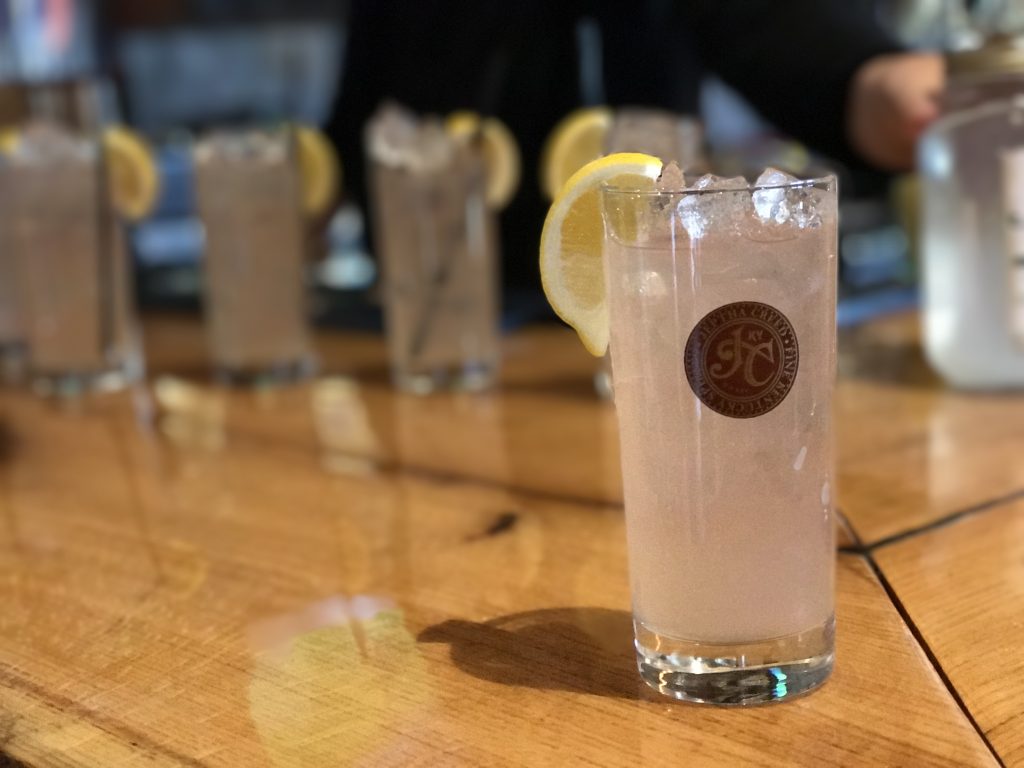 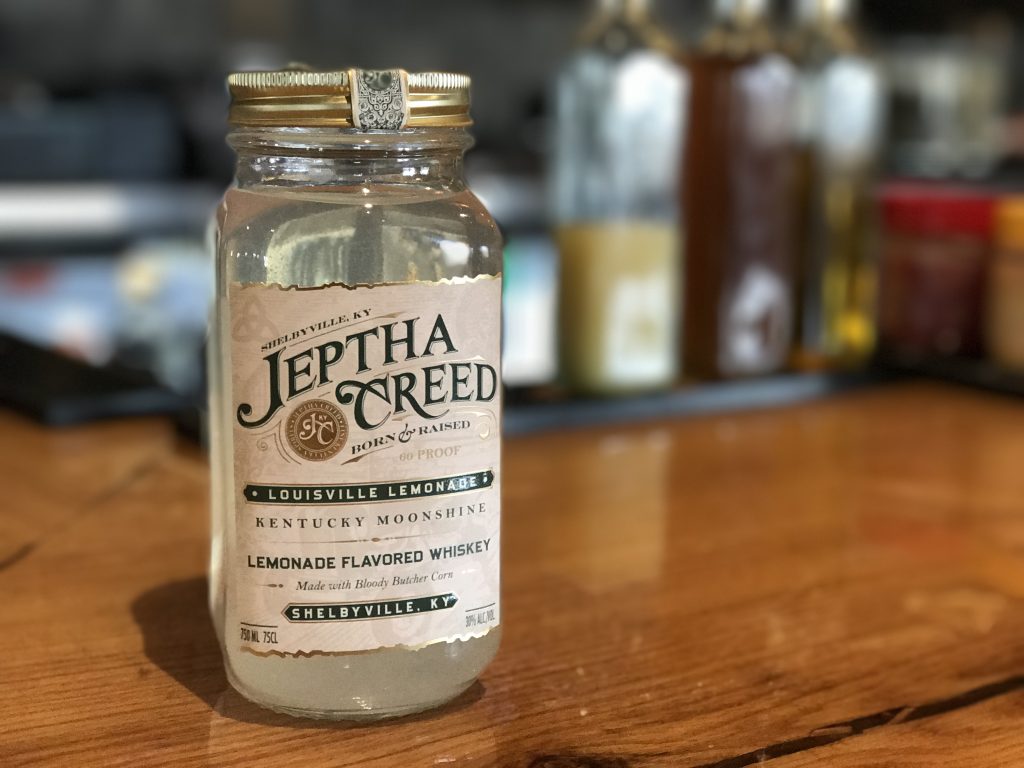 Joyce is not the run-of-the-mill distiller. She holds two degrees in chemical engineering, raised two kids alongside her husband and tended to their farm gaining a much more hands-on approach to farming, the inevitable unpredictability of nature and eventually, the bare essentials of distilling. When her daughter Autumn finished school with a degree in marketing, the desire to learn more about distilling became ever present and she headed to the source to really learn how it’s done: Edinburgh, Scotland. Over the course of her travels (seeing 26 countries) and her mother’s decision to start distilling as the family business, the four of them (Bruce [husband], wife, daughter, Hunter[son]) decided to buy some land. And it doesn’t stop there, her son, now 17 is actually bee keeping and the honey he’s producing is divine! In November of 2016, they opened their distillery, Jeptha Creek inspired by Jeptha Knob (where their family farm was) and the Scottish Gaelic saying “Ne Oublie” meaning “Do Not Forget” which became their creed, and it’s clear they never forget where they come from. 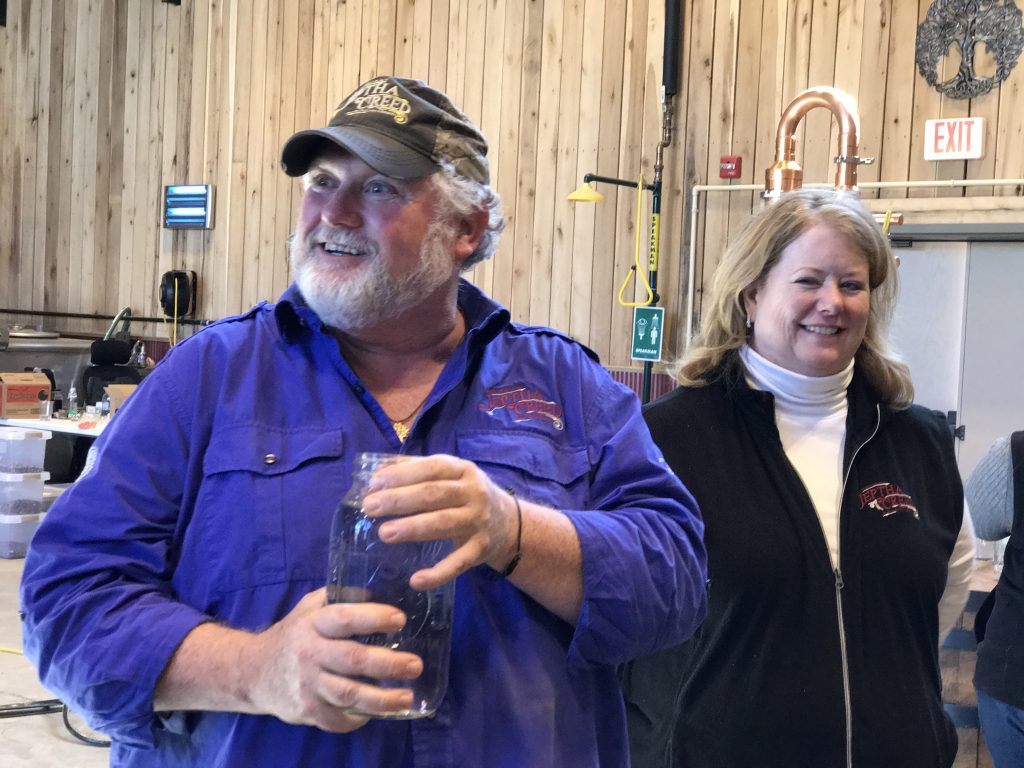 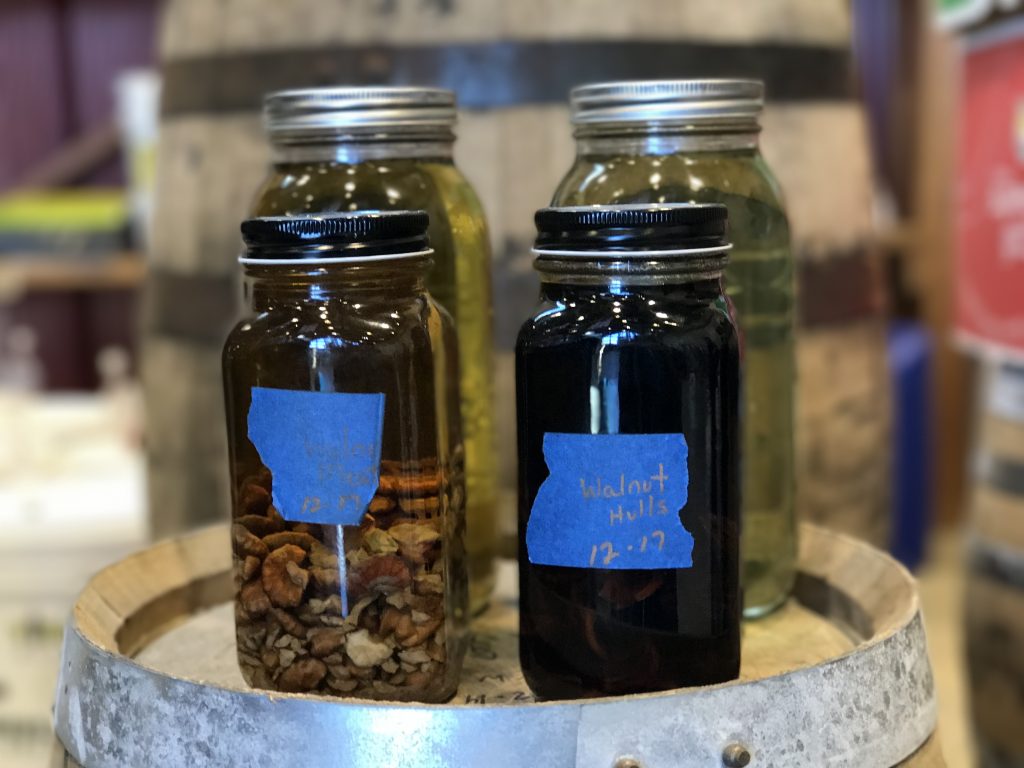 The facility is small but modern with a design that leans towards a very high end barn or home. It feel warm and comforting and once you see the brand line they’ve created, well, you definitely become enamored by the playfulness and utility available through Jeptha Creed. With so many distilleries in Kentucky, setting yourself apart can be a challenge and rather than let that stand in their way, they decided to really explore the land around them. As they ventured through the surrounding grounds, they came across a batch of peculiar looking corn: bloody batch corn. The corn isn’t yellow or white but rather a deep purple which seems befitting considering the passion behind the project itself. Bloody batch corn is sweeter than regular corn giving it a very unique taste and texture. In an effort to really see what this corn was capable of, Joyce headed to a lab in Wisconsin and over the course of a month tested the varying degrees of texture, taste, temperatures, composition and possibilities of this unique corn and the result? A bourbon and vodka that can only be categorized as: original. 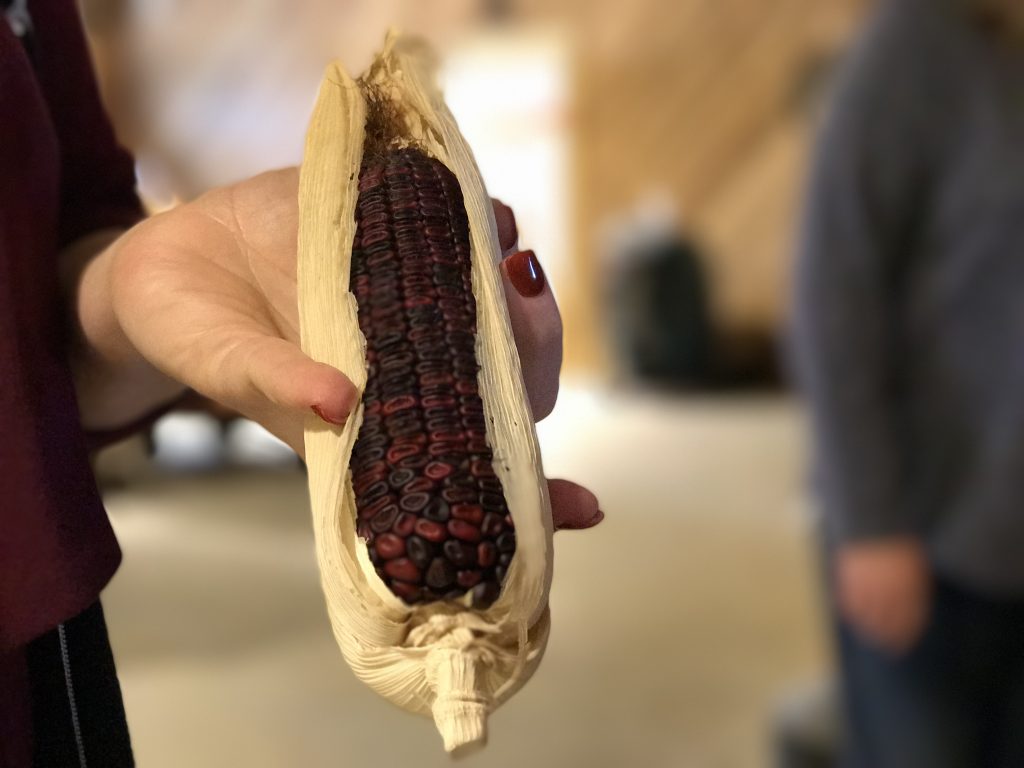 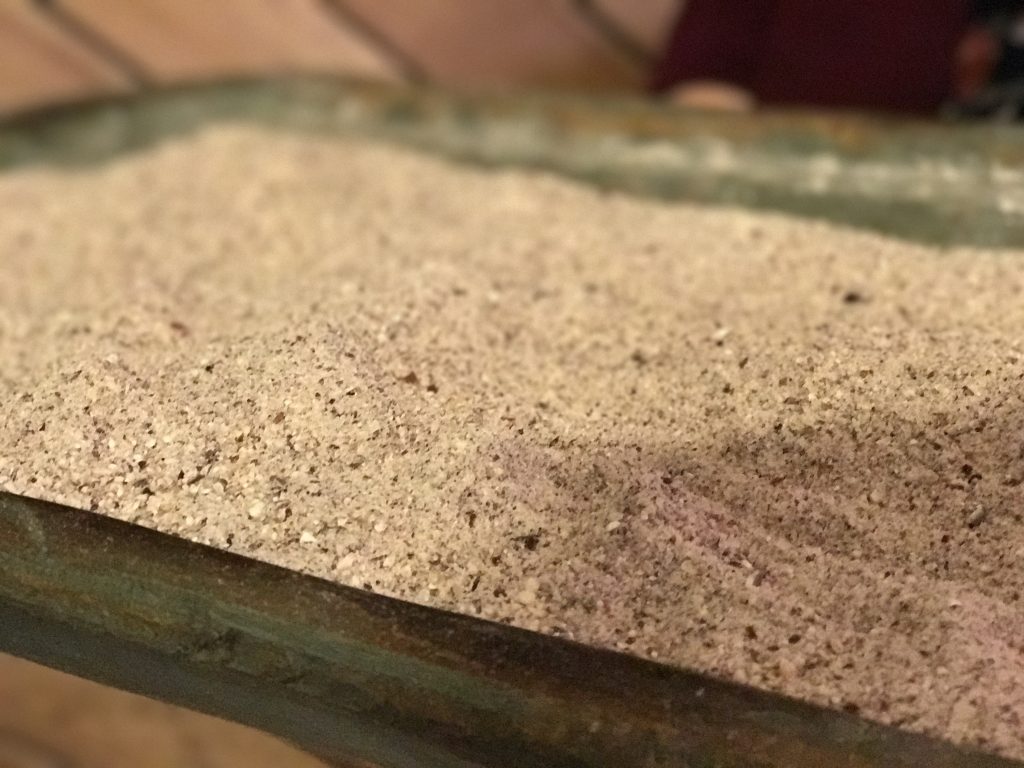 Throughout the small but mighty distillery, they are experimenting with a range of flavors that are so wonderfully extravagant and approachable, it is thrilling to see what they’re going to be putting out into the market. When we head into the open room where tanks are brewing, on the ground laid out on protective sheets are toasted corn colonels. It’s an experiment to see how the smokiness will affect the overall taste once the process begins and when I pick one up to try it? The sweetness of the bloody batch corn turns into a rather airy, smoky molasses-like flavor. Beside that, they are working on a batch of cinnamon extract (which I would have bought right then and there were it available) and resting atop two barrels there are jars culminating with flavors of herbs, fruits, florals, vanilla and more.

We are working on an apple pie moonshine, the cinnamon extract I’ve been making, blueberry vodka, blackberry moonshine and a honey vodka.

As we take a look around the property, it’s easy to see this as a place that will only continue to make its mark and be in great company with so many historic distilleries not too far away. As the promise of a tasting becomes the next task at hand, we head into the tasting room for five glasses of flavorful newness.

All in all this was a wonderful way to round out the day before heading to Maker’s Mark for a night tour and a very special dinner with New Orleans famed Chef Dickie Brennan. The people of Kentucky have indeed made a fan out of me! 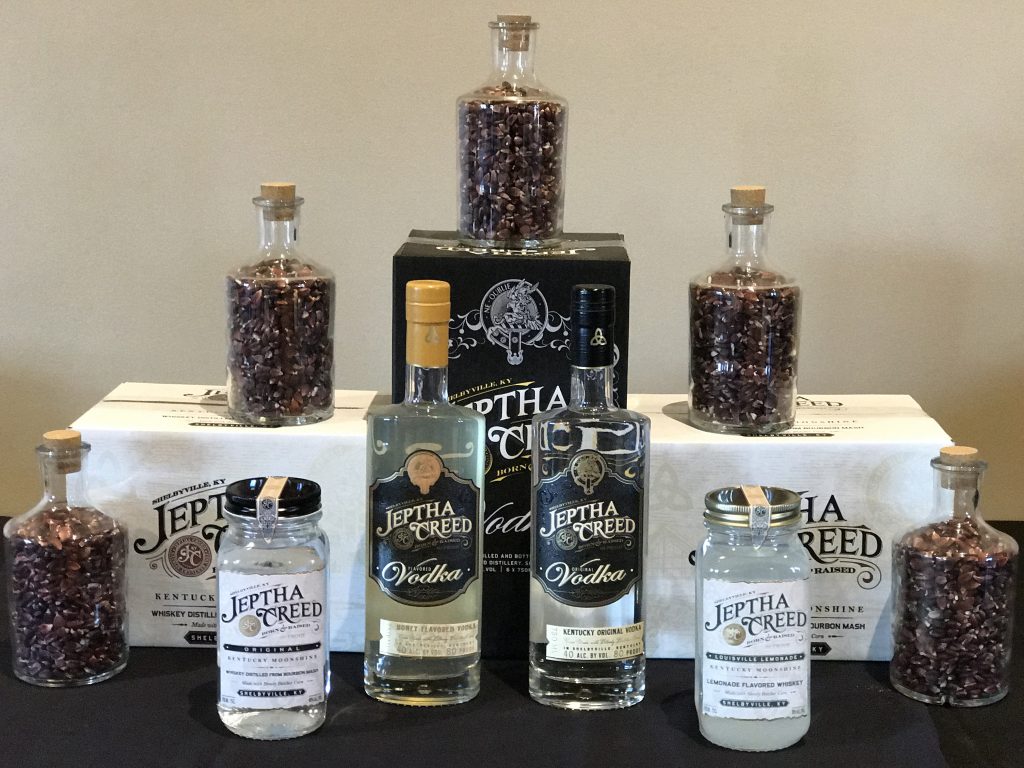 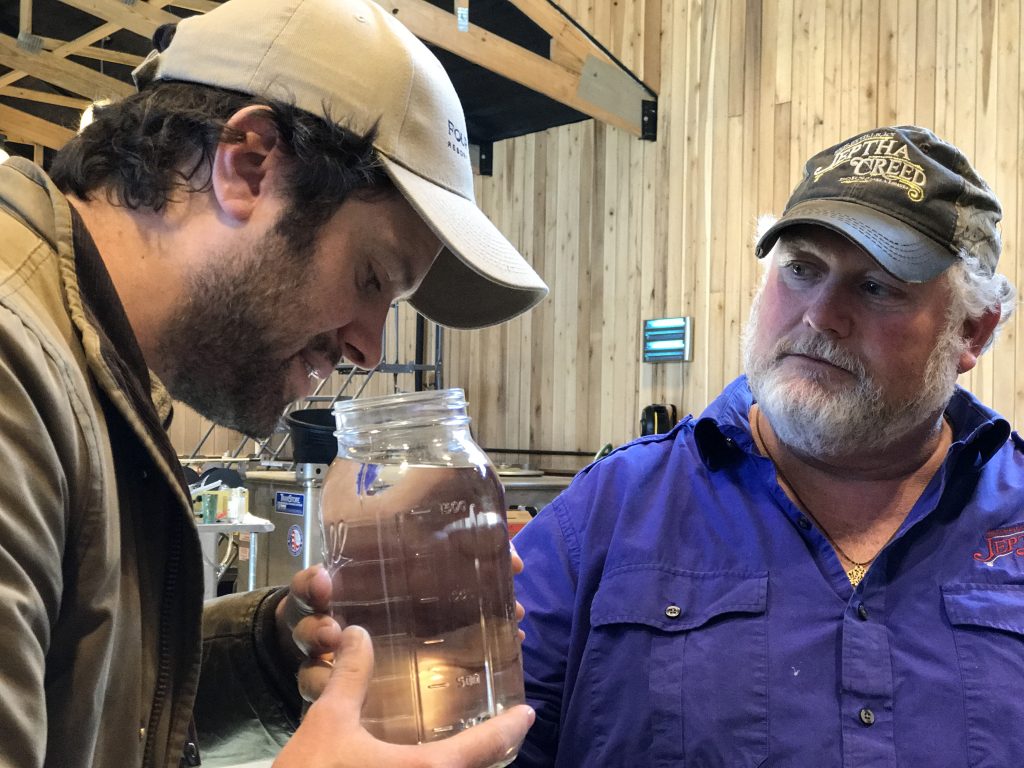 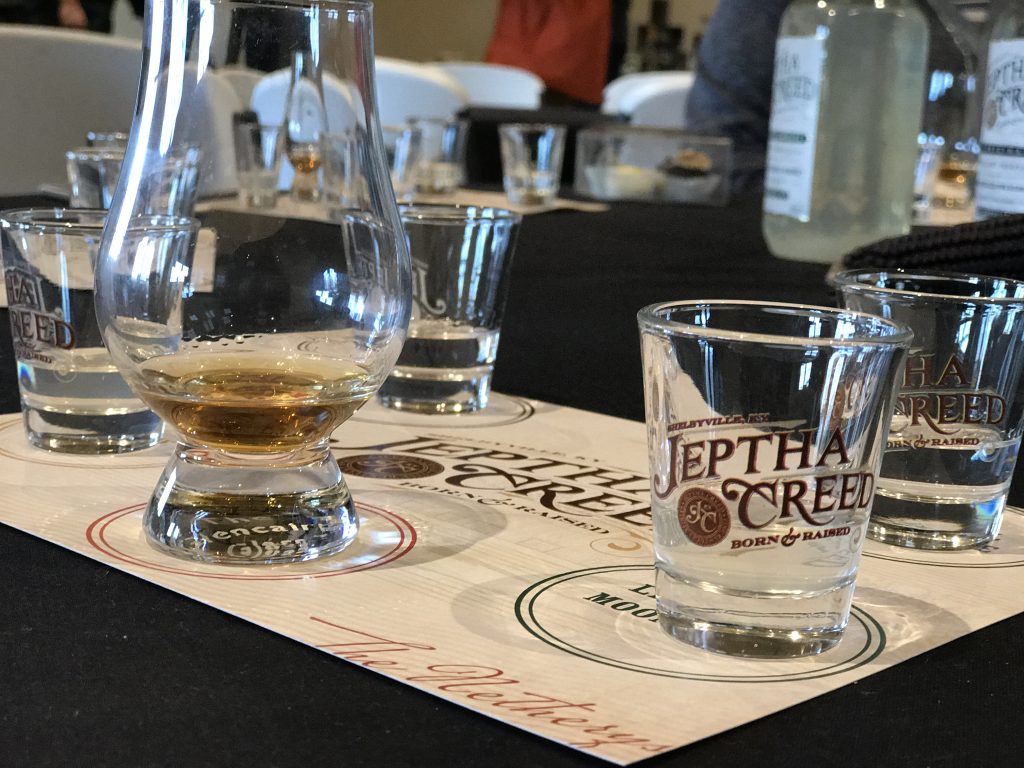 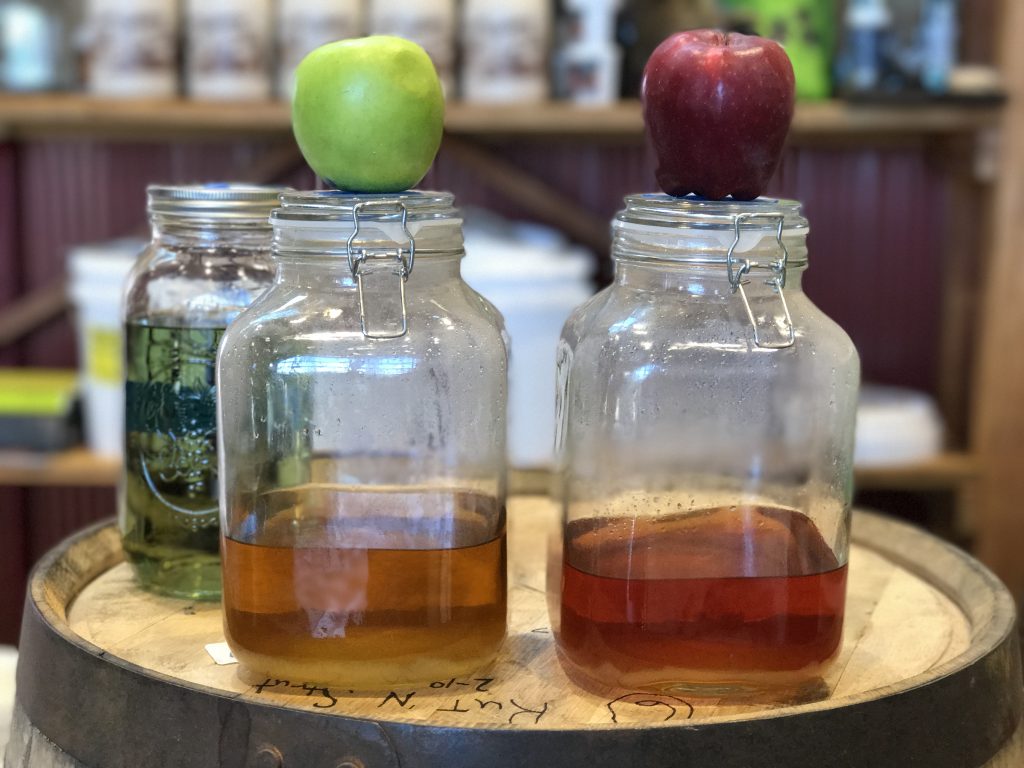 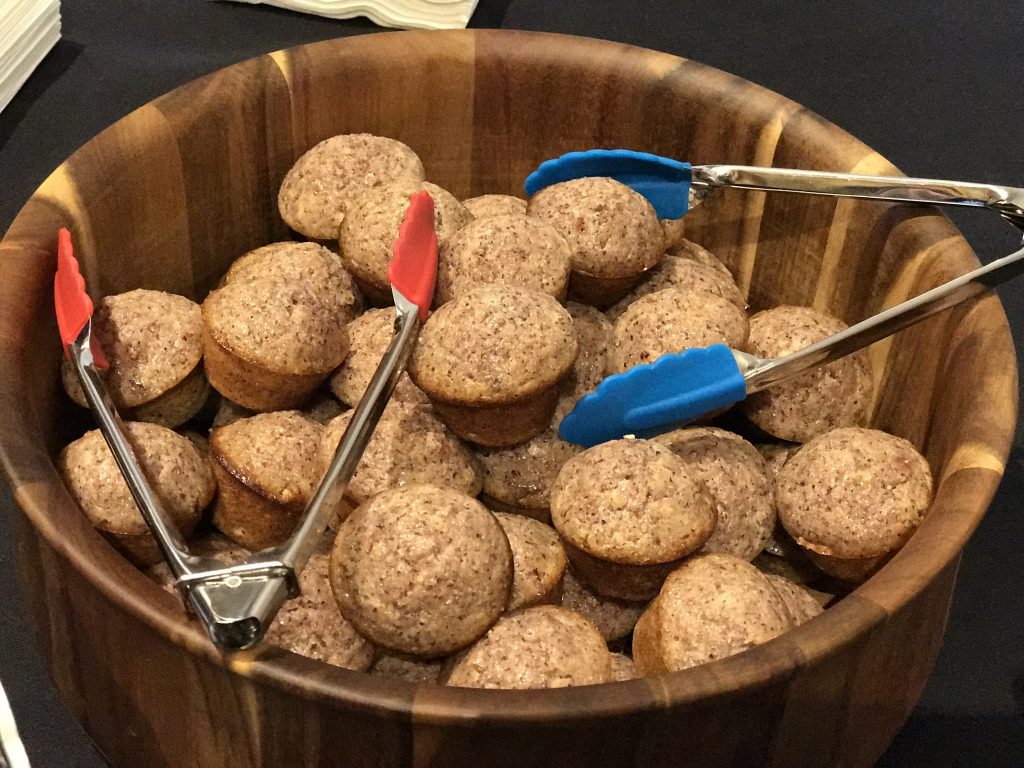 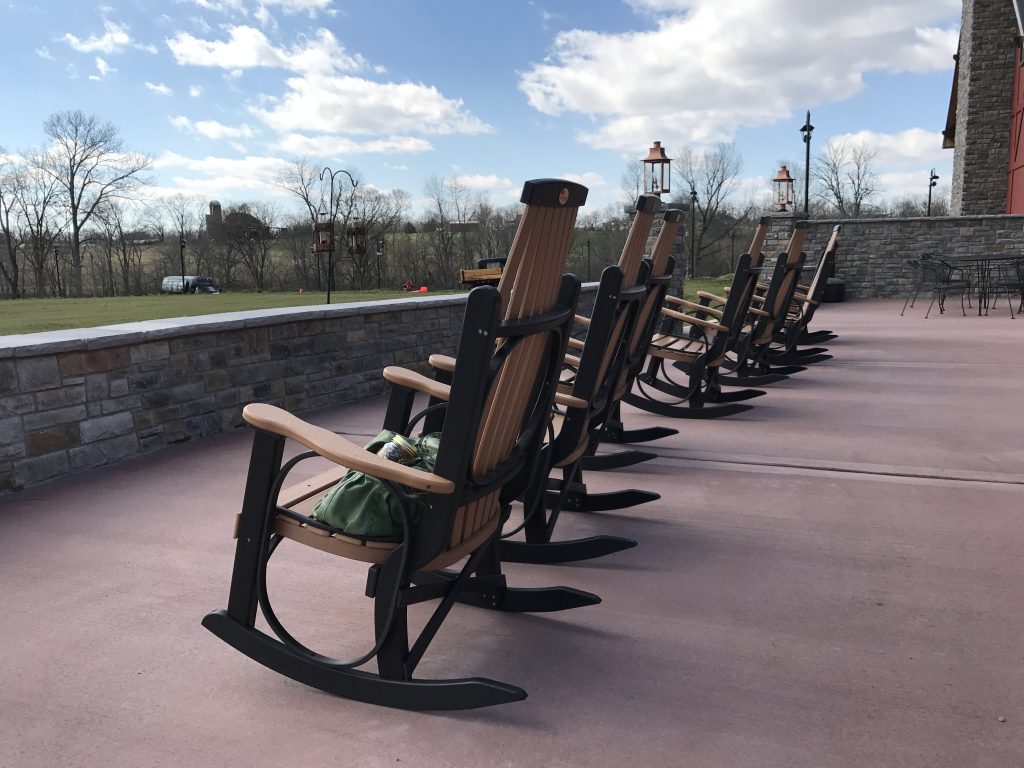