a film that reaches into your chest and grips your heart

The Silent Child centers around a profoundly deaf four year old girl named Libby who is born into a middle class family and lives in a world of silence until a caring social worker teaches her the gift of communication.

Film is something that has the power to be absolutely beautiful, impactful, heartbreaking, and truly prolific in raising awareness of subjects all too often cast aside by every day society. The Silent Child, a live action short, is a beautiful example of utilizing the medium and power of filmmaking to break your heart into a million pieces whilst making you acutely aware of the deficiencies we allow to go on and go on unchecked. Taking you on a journey of a deaf little girl named Libby, you see the world through her eyes: the frustration of not being able to communicate with those who can hear, the stark and silent struggle trying to lip read to understand what’s happening around her, and the devastation of parents who simply don’t have the time or compassion to be the kind of parent she needs … and deserves.

Joanne, played by the endearing and wonderfully acted, Rachel Shenton, is mesmerizing, honest, sincere, and exquisitely vulnerable as the social worker teaching Libby to talk with sign language. The first person to truly communicate effectively with Libby, played by the immensely talented and commanding Maisie Sly, the relationship between her and Joanne is one that has the innocence, openness, and maternal wonder that should exist between mother and daughter. However Sue – Libby’s actual mother, played by Rachel Fielding, makes you want to demand that Joanne take her place instead raising her in a world where Libby will never be stifled or dismissed. Fielding gives a phenomenal performance as the mother unwilling to recognize her child’s needs and potential, blinded by her so-called “disability”. 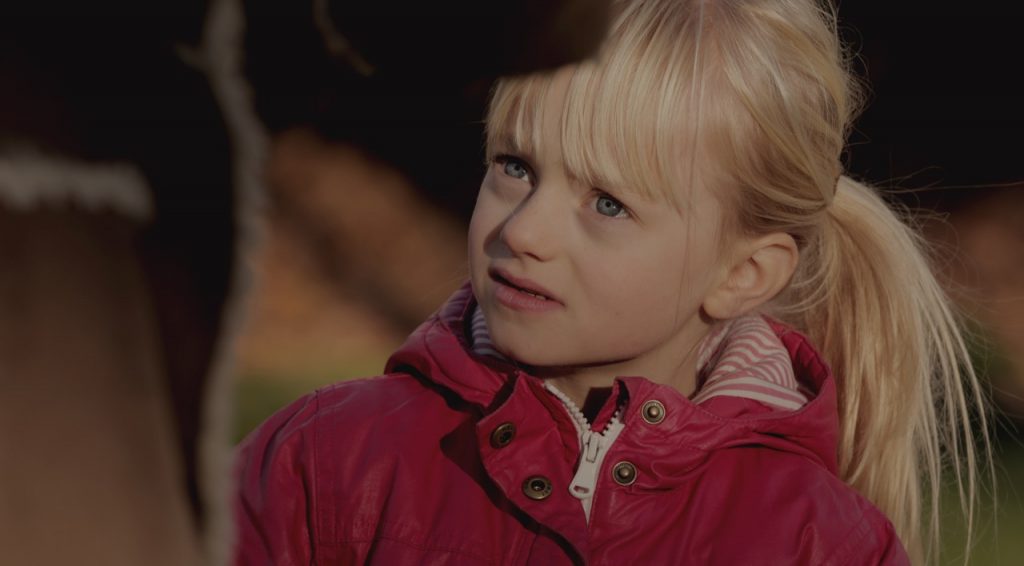 With moments like when Libby’s brother Seb, played by Sam Rees, attempts to learn sign language, the film has so many redemptive moments where you feel Libby is going to get a chance to live a normal life and then in a forceful moment of facing her reality, we learn that the struggle for any deaf child is one that could easily be remedied yet is often ignored.

In the United States, from 90 to 95 percent of deaf children are born to hearing parents [6]. Typically, these parents have had no exposure to American Sign Language (ASL), the most accessible language to deaf Americans, before the birth of their deaf child.

This film touches on an ever growing list of things lacking in today’s education system and in modern society. A system proving to be less valuable than it once was – causing a disproportion of empathy, compassion, and actual classroom diversity. Even in society, few people realize the challenges facing children – and adults – who have any kind of sensory loss. Not only would we benefit by learning the universal communication of sign language but our entire world would catapult into next level successes by giving these often brilliant children the same access to an education everyone else has – but with their needs in mind.

As for the cinematic appeal, The Silent Child was shot by Ali Farahani with visual poetry utilizing rich color cleverly muted, undertones that reminded me of the stunning appeal of the film Atonement, shot by Seamus McGarvey. Directed by Chris Overton, this film not only was Oscar worthy storytelling with visuals that are picturesque, performances that leap into your chest and grip onto your heart, it has purpose and meaning and a call-to-action: demanding sign language be a mandatory addition to all school systems everywhere in the world. No one should ever live in silence. Every child deserves to be heard …

With 15 wins and 2 nominations, its no wonder this film is causing a stir.

Learn more about how you can advocate for deaf children in the education system by visiting the National Association of the Deaf.