In 1998, I had the great fortune of traveling to Belize for a Writing Workshop, which then led me to spend a day Guatemala. With a population of 18,000,398, Guatemala accounts for 0.23% of the total world population with 60 percent of the nation being indigenous. Having spent only one day in the country, I was still able to experience the art, the culture, the people, and their phenomenal food. Having been invited into a family’s home in Izabel near the Siete Altares Waterfall (Seven Altars), the textures, smells, smiles, and surroundings left such an impression I long to return. The waterfalls emit a spiritualness that transcends you. In fact the sheer beauty of the turquoise waters amidst the lush green jungles makes you feel as if you’ve entered a fantasy world of sorts. Much like the name implies, there are seven waterfalls. You can hike the region (30-minutes) but the locals in Livingston do ask that you hire a guide (it is in the jungle so there are loads of creatures both harmless and deadly). 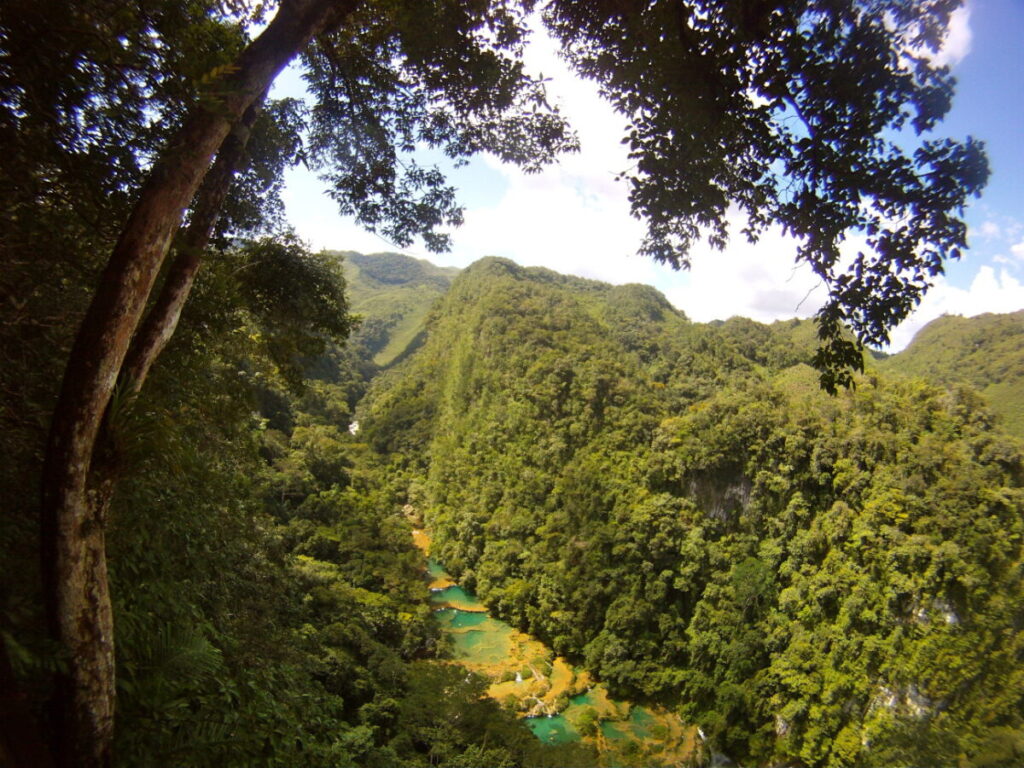 Guatemalans are very family-centered as are most Hispanic cultures, but the simple way of life and the truly divine way food is prepared and harvested is something to experience. That one afternoon having lunch in the jungle of Guatemala was one of the most loving, comforting, and tasty meals I’ve ever had. Guatemalan cuisine is a heavily influences by its Mayan roots and you can taste a bit of Spanish influence in the flavor profiles. Ingredients include plantains, achiote, chiles, coriander, onion, tomatoe, potatoe, shredded meats, pear, squash, and an abundance of native fresh fruits and vegetables grown throughout the country.

While there isn’t a national dish per se, the two contenders are Chicken pepián and Kak’ik which means “red and spicy” in Mayan.. There are many Guatemalan staples that will expand your tastebuds and thrust you into a place of total culinary happiness. I wanted to include those two recipes, but encourage you to also try making Rellenitos (Guatemalan donuts made of plantains), Hilachas (shredded beef in tomato) , and Pupusas (masa tortillas served with beans and rice). They each introduced me to an array of flavors, are great for anyone on a budget, and are dishes that seep into your memory because they’re so incredibly simple yet delectable. There are many variations of each so you can easily prepare these with vegetables if you choose to opt out of using meat. One dish I’m not including but is among my favorites is the Guatemalan empanada. While in Spain and other regions the empanada is usually made with meat, in Guatemala they prefer a vegetable filled empanada topped with cilantro, onion and tomato.

As for drinks, Guatemala loves a good cerveza (Galla, Moza, Cabro), Cusha (so strong its like fire breathing), and the national rum,  Zacapa Centenario. However the Ponche de Leche with “Piquete” and Bloody Mary with Beer also must be tried if really want to go authentic.

Inspired by Restaurateur, Anita in the small Guatemalan town of Sololá. Click here for more on who she is…

When you want to experience a piece of Hispanic history that welcomes you, go to Guatemala. The Mayan ruins, the waterfalls, the food, the people, the simplicity … it’s something to behold. Spend time exploring textiles, the arts, the people because then you will truly comprehend how much love goes into everything they make and share with the world. 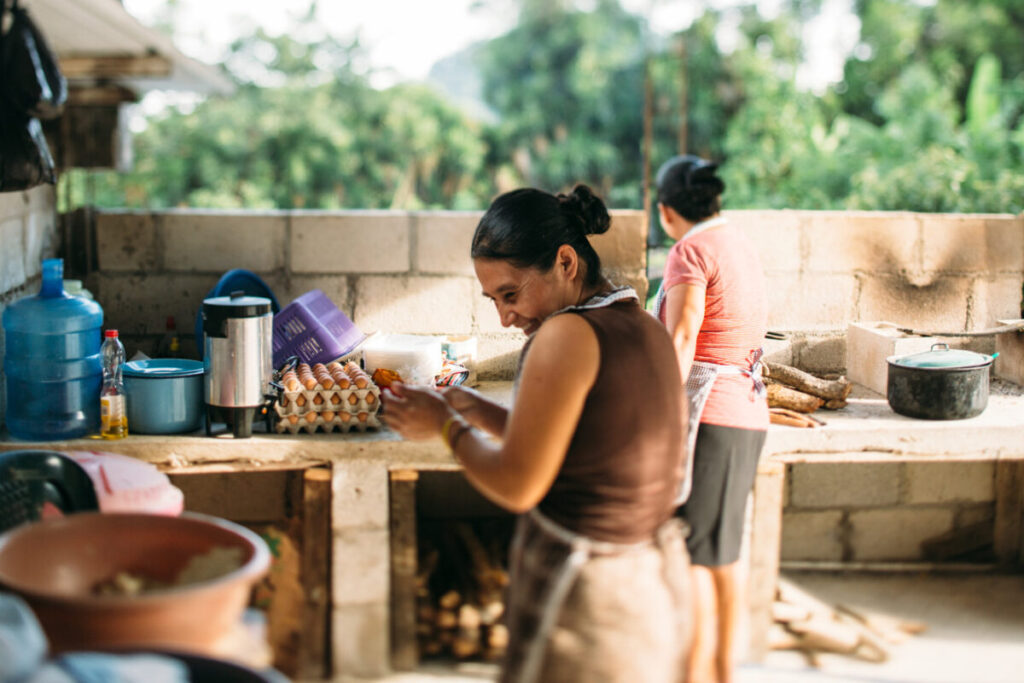 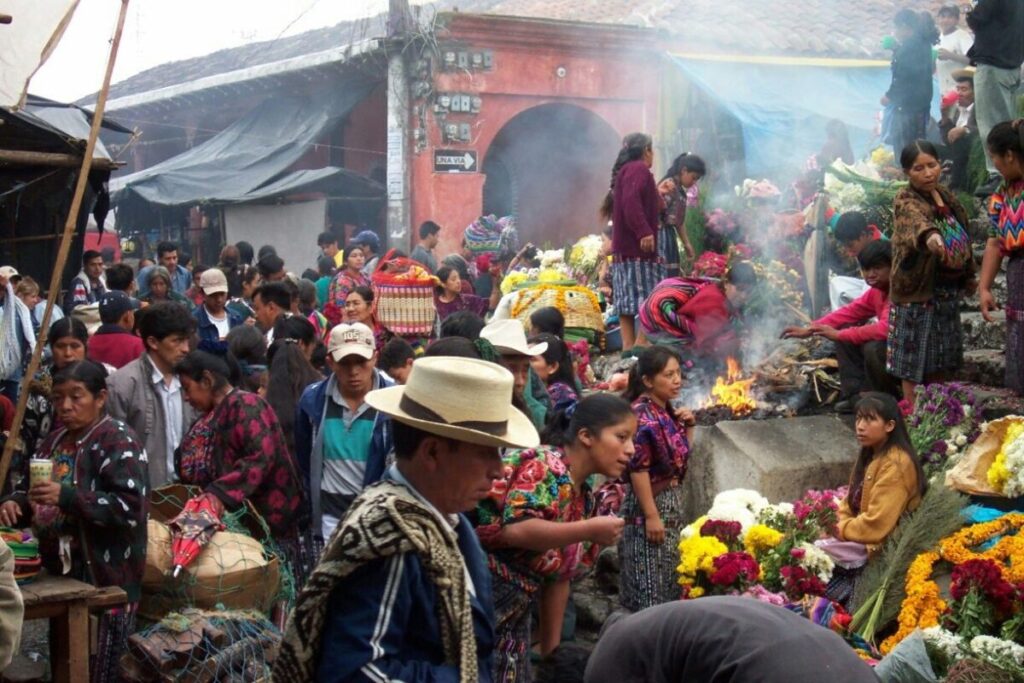 This weekend’s AMAs had us cheering and voting for our favorite artists to win awards, wondering what Miley would do next (she didn’t let us down), and drooling over the gorgeous gown that walked the red carpet and the stage. Black and white seemed to be the “it” colors of the night and sequins and metallic took a place in the spotlight. See some of our favorites below,and check back on Thursday as we recreate two of these amaze looks for less!