As an advocate of celebrating the Hispanic Culture half of my bloodline derives from, I am also an advocate of celebrating life, health, and our ability to take control of our bodies. Going vegan was not as difficult as I thought it would be. It was in an effort to honor my Mexican and Spanish heritage of tilling the land, being respectful of the earth, and recognizing our interconnectedness that I chose to consume a plant-based diet. Turns out my Aztec lineage felt the same.

In an article written by Frederika Zylstra, she writes, “Migrating tribes began to settle in Mexico prior to 1100 CE. Small, ‘city-states’ were formed. Of those empires, the one which existed in the city of Tenochtitlan was the most powerful. Warriors from this area dominated neighboring city-states and enabled the ruler, Motechuhzoma II, to impose Aztec ideals and religion across a huge geographical area of Mexico.

The Aztec people were highly accomplished in agriculture as well as trade. This civilization, which flourished from around 1345, was also noted for its great architecture and art of the Aztec calendar. While the Aztecs ruled, they farmed large areas of land. Staples of their diet were maize, beans and squash. To these, they added chilies and tomatoes.

They also harvested Acocils, an abundant crayfish-like creature found in Lake Texcoco, as well as Spirulina algae which they made into cakes.  Meat was eaten sparsely; the Aztec diet was primarily vegetarian with the exception of grasshoppers, maguey worms, ants and other larvae. Even now, some of these insects are considered delicacies in parts of Mexico.”

While we won’t be making worm or cricket tacos, I’d suggest trying crickets at least once. They’re unusual, crispy and chewy, and allow you to be mindful of what survival looks like. 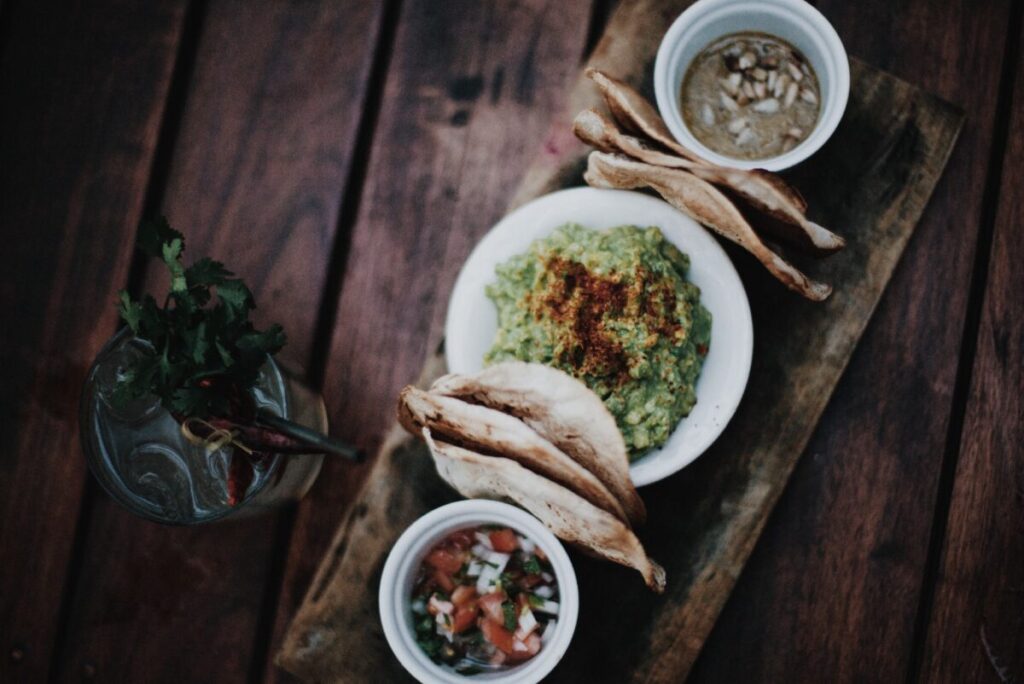 The Nutrition Facts are and estimate only. If you don’t cook with oil you can use a few tbsp of water or vegetable broth to cook the onions and jalapeno. Add more as it evaporates, but don’t add so much that it becomes watery. Add a few more tbsp once you add the cauliflower mixture. Store in an air-tight container in the refrigerator for up to a week or in the freezer for up to 3 months. Thaw in the refrigerator and then reheat. 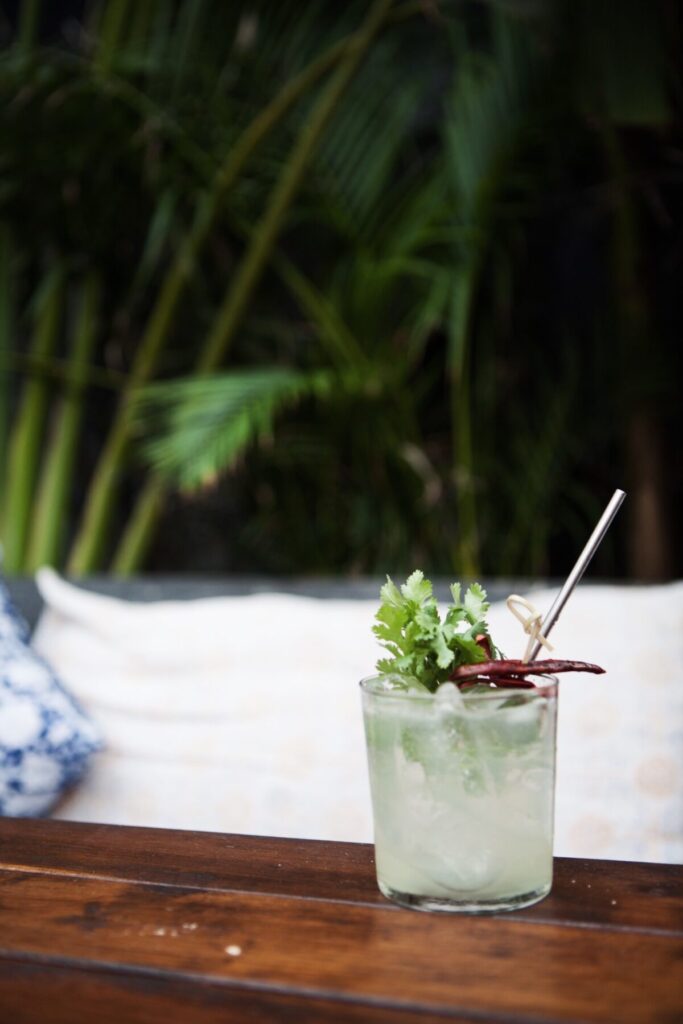 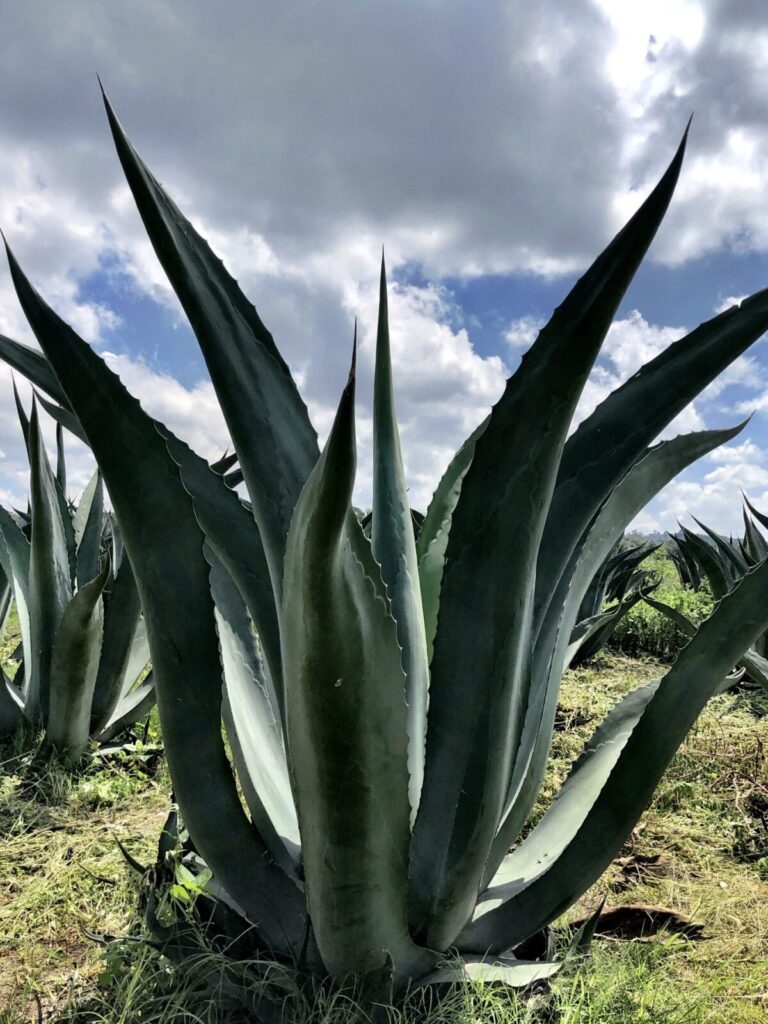 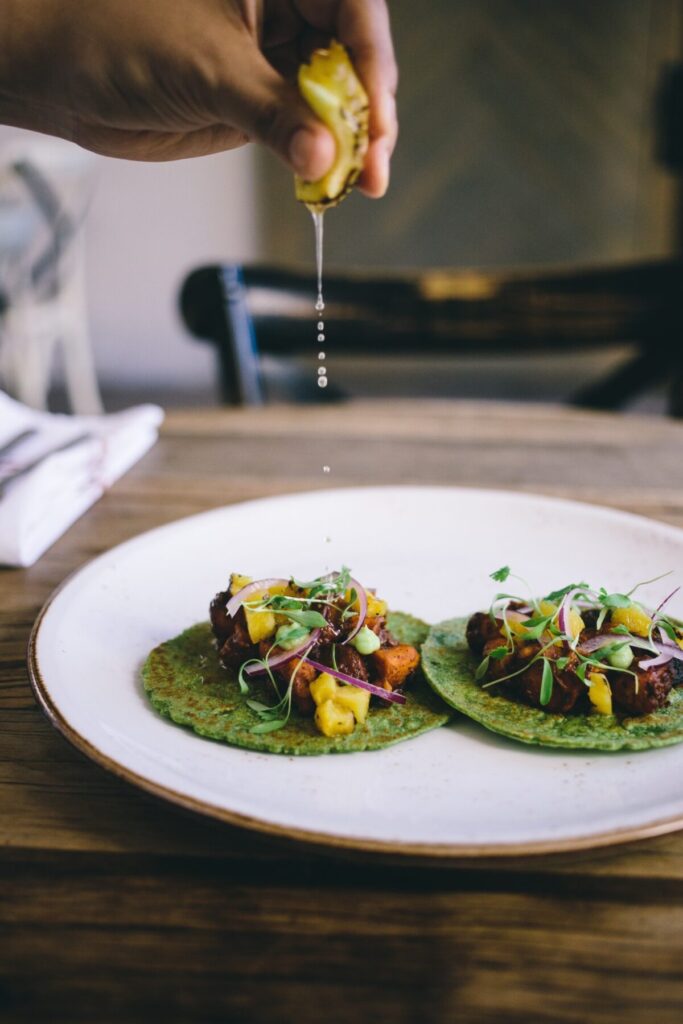 Pulque is believed to be the drink of the Aztec gods, and unlike tequila and mezcal, it packs a much lower alcohol percentage punch because it isn’t distilled.

NOTE: Use whatever vegetables go well together. The main ingredients are shredded sweet potato for texture and the cumin. Once Dave discovered its use in Mexican seasoning, he never bought taco seasoning with preservatives again.

Imagine a bed and breakfast that had the charm and intrigue of romance, the style and elegance of simplicity, with wine at the ready and a daily breakfast that started your day off with something tasty.