A Breakdown of Love

How A Hopeful Perspective Really Can Change Everything

An original unleashing by Dawn Garcia, inserted with quotes from The Hill We Climb by Amanda Gorman

This month, in particular this week, the pressure to focus on the notion of love often gets saturated with a made-up holiday that tends to disappoint more than it ignites. As the world has sat in a sea of uncertainty while a virus affixed itself to every able human throughout every reach of the globe, many of us fortunate enough to have a warm bed to sleep in with food to eat have taken for granted the simplicity of feeling a sense of assurance that right now, in this very moment, we are alive.

Whether we are scraping by, have taken financial hit after hit, and lost ourselves to the new and isolated normal, every moment breath fills our lungs is one we must now be thankful for. This brings me to the notion of love. When news broke that we were all to stay indoors last March, told to limit social interactions, work from home when able, and act responsibly to stop the spread of an aggressive and deadly virus, far too many focused on the luxuries they would miss out on.

Some used to dining out at restaurants toiling away hard earned paychecks with little concern for what may follow were thrown into a tailspin of entitlement. The lavish things filling our homes, clothes we didn’t need but bought anyway, unnecessary expenses wasted on things that made us feel important. All of which to say, things that made us feel like we were loving ourselves, and yet the mental toll the year was about to take forced many of us to look inward.

When day comes, we ask ourselves where can we find light in this never-ending shade?
The loss we carry, a sea we must wade.
We’ve braved the belly of the beast.
We’ve learned that quiet isn’t always peace,
and the norms and notions of what ‘just’ is isn’t always justice.
And yet, the dawn is ours before we knew it.
Somehow we do it.
Somehow we’ve weathered and witnessed a nation that isn’t broken,
but simply unfinished.

Had we truly understood what self love and the love for one another really was? Were the things money bought really fulfilling us in real and honest ways? Had we forgotten the beauty that exists in something as simple as sitting around the table, eating a home cooked meal, while music penetrates our ears through the vinyl spinning ’round on the neglected record player? Had we even paused long enough in our incessant climb to success to really take a look outside to notice how beautiful the leaves swaying on the tree had become?

If we’re being honest with ourselves, the answer is no.

Our idea of love had catapulted from recognizing the core of what love is to being masked and shrouded in things and a pace of life none of us could possibly sustain.

So nature put a pin in it. Forced all of us—wealthy and impoverished—to stop. 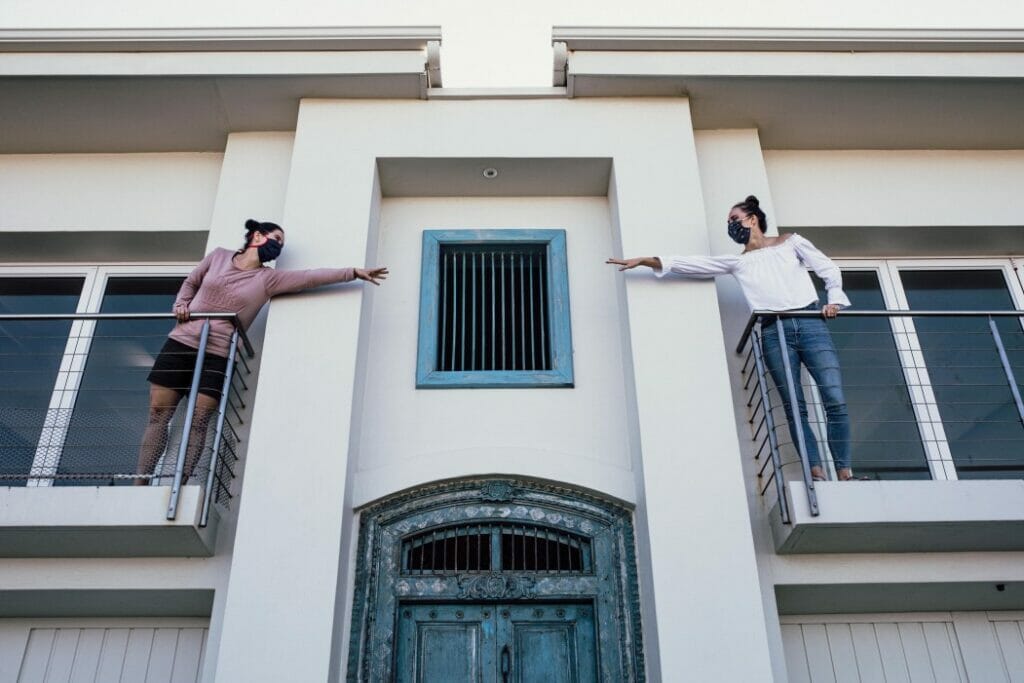 And over the last 23 months we have had to ask ourselves what love truly looks like. I may not have the answers you relate to but for many of us, those who create as a form of release, we no longer understood our purpose and had to search our souls. We had to live life in slow motion so we would no longer miss the beautiful things we were too busy to notice before. We had to hear our children’s laughter, and their tears, filter through the noise to find its way to our soul, to be present and able to see them for the complicated, awe-inspiring, intelligent, aware human beings they are.

The space we once looked to for peace became the same space we would work, disagree, cook, laugh, cry, watch, play, sleep, dance, create, and breathe in.

Breath. The very thing this virus lays waste to. The thing we all believed was within our power to control, to define, to determine how many more breaths we were to have within our basket of mortality.

That is the promise to glade, the hill we climb, if only we dare.
It’s because being American is more than a pride we inherit.
It’s the past we step into and how we repair it.
We’ve seen a force that would shatter our nation rather than share it.

Love. Love has been redefined because it has been challenged with such haste, such disdain, such dismal indifference that its opposite grew more powerful. Intoxicating those too cowardly to snuff it out. Love became overshadowed by entitlement, systemic conditioning, mindless violence, and acts of sheer evil.

It seemed as if love had been strong-armed by hate. Beauty had been strangled by ugliness exhibited in vile words. Compassion swimming alone in a sea of apathy and indifference. Hope clamoring on to the threads unraveling far too quickly. Love seemed to have lost the fight.

And as the burden of that heavy truth rested atop our chest like a steel anchor, light seeped in. The roar of animosity became a tide of revolution. The injustices poisoning those cast with skin so fair, their rage no longer cloaked their darkness. And the world watched. And the light continued to push through like a man buried in a deep and cavernous grave with breaths still lingering and hope still very much alive.

The chants of ignorance began being swallowed whole by those who refused to watch our democracy and the promise of justice crumble. And love became the verb it was always meant to be. Love began its ascension like a suffocating dahlia on to the vile crowds slinging racial slurs like toxic waste. Love was beaten down and broken, but it could not be held captive by hate.

Light and truth began to roar like the lioness, determined to sweep across this nation and this world fraught with mistruths and conspiracy theories.

We watched and waited, our hearts beating so hard and fast we could feel the breaths challenging us to have hope. And when disorder attempted to thwart truth and justice, when it attempted to overthrow the very democracy of which freedom was meant to yield, love raised its mighty hand and hope burrowed down like a brutal hurricane. And love became the very thing that would define us as a people. Begging us to realize that hate would not prevail.

And on January 20th, a rainbow of light and beauty cascaded across the very steps threatening their vitality. Women banded together to remind those that had attempted to place their boots upon on their necks and siege their ferocity that love would be the only means by which this nation would be governed. The rainbow of diversity and the promise of inclusion became the sharpest sword of all.

hen you arrive in city of…