Let’s Get Back To Burning Bras: When the modern day world continues to stagnate women’s rise to equality, being educated in order to take action is the best response.

Sexism is prejudice or discrimination based on sex or gender, especially against women and girls.

Sexism is to women what oxygen is to air. In other words, it’s a very real part of our survival. Whether men refer to the biblical definition of a “woman’s place” or women just got too comfortable with the constraints (aka vices) placed upon us because we were to have but one job: have children and be a dutiful wife, the gender inequalities are very, very stark. That said it’s important we look at the many explorations of how modern society continues to send messages of sexism and oppression through crutches like religion, politics, and history of sexism—and how we fight it and continue to ascend above it.

In a fascinating paper by Gina Masequesmay Professor of Asian American Studies at CSUN, she writes. “Although its origin is unclear, the term sexism emerged from the ‘second-wave’ feminism of the 1960s through the ’80s and was most likely modeled on the civil rights movement’s term racism (prejudice or discrimination based on race). Sexism can be a belief that one sex is superior to or more valuable than another sex.

It imposes limits on what men and boys can and should do and what women and girls can and should do … Sexism in a society is most commonly applied against women and girls. It functions to maintain patriarchy, or male domination, through ideological and material practices of individuals, collectives, and institutions that oppress women and girls on the basis of sex or gender. Such oppression usually takes the forms of economic exploitation and social domination. Sexist behaviours, conditions, and attitudes perpetuate stereotypes of social (gender) roles based on one’s biological sex. A common form of socialization that is based in sexist concepts teaches particular narratives about traditional gender roles for males and females.”

In this context, we want to address sexism as it relates to those whom identify as female. Since the dawn of time, women have been treated like second-class citizens with very few exceptions. Human history— in America and around the world—teaches us that the vision of power and strength is male and the female is sensual and nurturer. Women really saw that play itself out in the 1950’s when advertisements would actually say things such as, “How to train your wife to serve you” … (Oh, we’re quite serious) and being objectified and seeming pleasing to a man’s eye was the measure of our worth.

In fact, while yes the 1950’s were the epitome of gorgeous fashion, it was also the era of severely oppressed women. Our jobs were to cook and clean, raise the children, and if we were to join the workforce we were “intended” for sewing and secretarial positions. While again, there are exceptions, it was—and still is—rare that a woman is offered the job over a man regardless of qualifications and experience. The old mindset of a woman’s place hasn’t changed all that much in a man’s mind, which is unfortunate since in our mind a woman’s place is to rule the world! 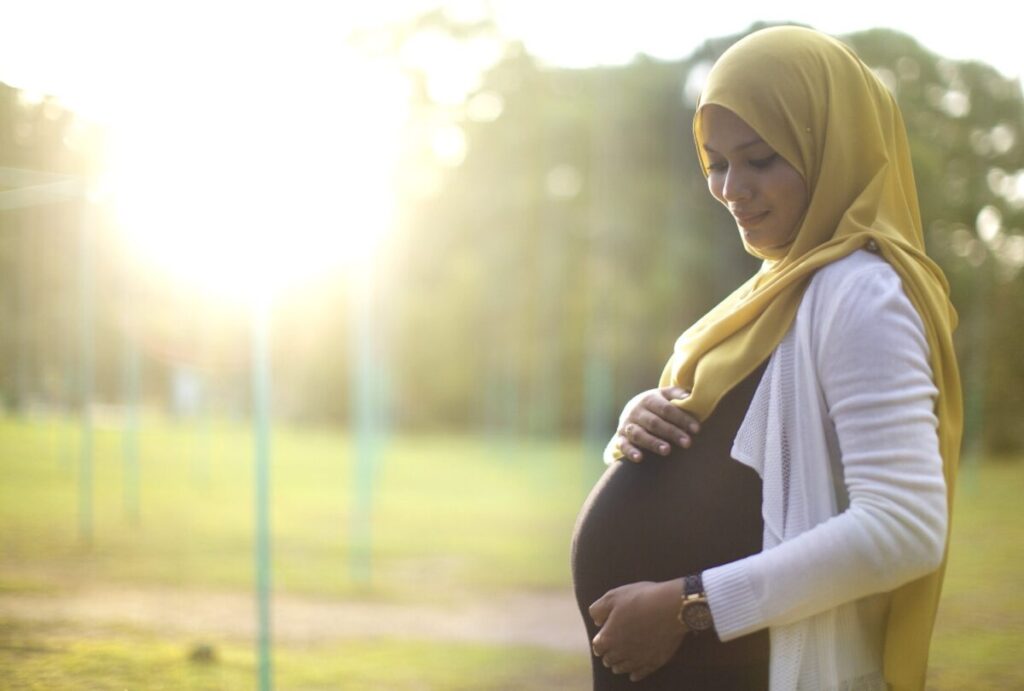 Fast forward to the late 60s when women were burning bras as a signatory move that we were done being held down by the man—figuratively and literally. The demonstration too place at the Miss America 1969 contest on September 7, 1968, attended by about 200 feminists and civil rights advocates. A movement in history that led to women in education, women running businesses, and women no longer allowing any male figure or oppressive government ideal to hold us down. But that only went so far. While powerful and demonstrative of equality, its affects didn’t last. As women started to become active participants in the job market, steadily contributing to the rise in the economy, the moment they became pregnant, the discrimination resurfaced.

When sexism in the workplace reared its head, you can be sure the experiences for working mothers, let alone pregnant ones is less than ideal. Baylor University in association with American Psychological Association (APA) is conducting studies revealing that over the last decade, more than 50,000 pregnancy discrimination claims were filed in the United States (United States Equal Employment Opportunity Commission [U.S. EEOC], 2018a). There is limited research on the stress caused by the discrimination against pregnant mothers and their babies so Baylor has launched a full scientific study to delve into precisely that. The study intends to explore the effects of pregnancy discrimination on the well-being and health of working women and their children.

In our second study, we replicate and extend our first study and examine the effects of perceived pregnancy discrimination on mothers’ postpartum depressive symptoms and babies’ gestational age, Apgar scores, birth weight, and number of doctors’ visits, through the mechanism of perceived stress.

We find that perceived pregnancy discrimination indirectly relates to increased levels of postpartum depressive symptoms for the mothers, and lower birth weights, lower gestational ages, and increased number of doctors’ visits for the babies, via perceived stress of the mothers during pregnancy. Implications for theory and practice, limitations, and future research are discussed.”

These discoveries are troublesome to say the least. And when you account for mothers in the workplaces, and consider the ongoing acts of violence against all women, in particular women of color, the data becomes even more staggering. One associate professor takes that to a more academic approach to understanding sexism by applying the concept of mathematical literacy in order to fully understand how biased data can be skewed to paint a less-than-true narrative about the impacts of sexism on women.

When we look at how race factors into further modern sexism, we look at the application of using mathematical literacy to understand it. Miwa A. Takeuchi, Associate Professor, Learning Sciences at the University of Calgary writes, “Mathematical literacy doesn’t just mean mastering mathematics defined by school curriculum; it also means gaining a sense of how to apply mathematical concepts to everyday life, for social causes and gaining insight into how numbers and data have inherently political resonances. It can also provide us with the opportunity to listen to historically marginalized voices to analyze interlocking systems of violence and oppression.”

Exploring intersectional racism and sexism, she identifies the systems of oppression like migration, geo-economic politics and the criminalization of sex work, all of which attributed to  the violence in Atlanta. She adds, “A lens of intersectionality shines light on the violence against Black women, Indigenous women and racialized women at large. And it also reveals the violence against Asian women who have been stereotypically hypersexualized and deemed submissive, disposable and consumable.”

Through her work with Virgie Aquino Ishihara, a longtime volunteer and community activist, at the Filipino Migrants Center, in Japan, Takeuchi traces intersectional violence back to human trafficking in the urban entertainment industry. “Understanding intersectional violence through numbers can help make visible the invisible,” she says. “By analyzing the economic impact of remittance from migrants in relation to governmental policies, the Filipino Migrants Centre was able to contextualize what pushed women to migrate as entertainer visa holders. These big-picture understandings led the activists to see historical and macro-economic dilemmas around domestic and workplace violence against migrant women — something that has been historically construed as personal problems.”

That discovery tackles the idea that there is bias in the political neutrality of mathematics and it impacts activism and the notion of violence against women, by simply factoring their “pain” into a numeric quantity. “When violence against racialized women’s bodies is reduced to a number (“one” incident), and discussed simply as one more violent act against an anonymous racialized woman, elements and stories that women embody begin to be erased.

In this light, movements such as #SayHerName are important in centering stories of Black women who have been victimized by racially charged police violence from becoming a number (as seen in the recent killing of Breonna Taylor).”

As we continue fighting for racial and gender equality, exploring how statistics are formulated and data is relayed plays a significant role in creating effective policy. Women such as Takeuchi, Masequesmay, and journalist Shiori Ito, who led Japan’s social movement to fight against sexual violence, are part of the changing conversation. The movements to protect women, achieve true equality, and end violence against women will continue. And while it seems sexism is prevailing in this nation and around the globe as we all witnessed through COVID, our fight to end it forever and criminalize the behavior of far too many men in society who take part in sexual and physical violence against women (in every industry and every reach of the world) is a lifelong pursuit. One we cannot afford to falter on.

So what do we do now that the pandemic has slowed our pace towards true equality? We put one foot in front of the other, we become angry enough to not be pushed back into the shadows of submission and we burn our damn bras.

We are here—and ladies? It’s not a temporary stay. This is the time of our ascension. We have to do it for us, and for all of the generations to come because every woman and girl deserves a safe world free of hostility, oppression, racism, sexism, and economic stagnancy.

This story, Modern Sexism and Societal Constructs, was originally published in part in SheVille and has been republished here with permission.