Did we lose our sense of whimsy? It seems utilizing our imagination could be the key to our happiness.

In today’s world, the mere notion of imagination elicits mixed emotions. Some believe those who dare to dream past the confines of rules are wildly impractical, while others believe the very essence of one’s imagination is the key to imminent joy. If you were to dissect both notions, one would find an equal amount of people who once pursued their dreams but gave up on them and went on to live an easier, more attainable kind of life. On the other hand, those who refused to give up on their dreams may have decades of financial uncertainty, but eventually reap the rewards of believing and working towards their pursuit of imaginative dreaminess.

Do you remember when you were a child and you would lay down on the ground and look up at the endless sky and find dragons or teddy bears or waves dancing exhibited in the billowy clouds above? We didn’t feel foolish for daring to see such things. Instead we felt alive and empowered. As adulthood sets in, those childlike whims disspate and in their stead, practicality and societal conditioning take its place.

But damn. What happened to us? Don’t you miss that willingness to surrender to your creative whims?

You need imagination in order to imagine a future that doesn’t exist. — Azar Nafisi 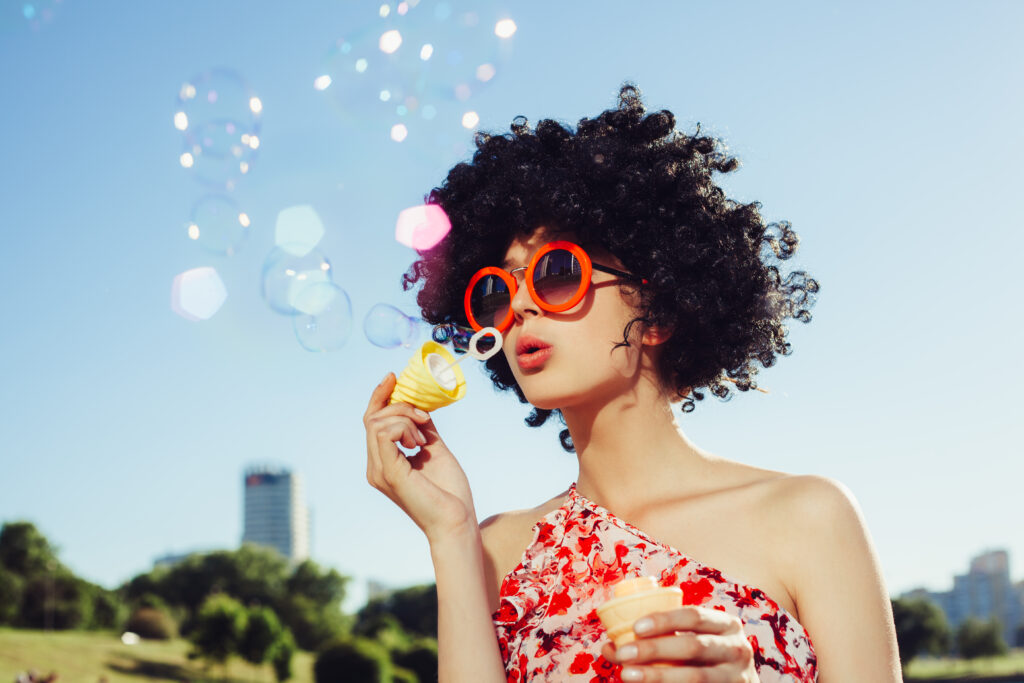 In the world as it is now, reality can be daunting. Divisiveness abounds in every direction, instability seems more normal than hope, and hanging on to what little bit of innocence we have left can be a task. But what if it wasn’t? What if allowing our imaginations to lead the way (obviously I don’t mean negatively) could be the key to living a happier, healthier, more possible life?

People who are able to let their imaginations run free are generally happier than those who don’t. And it seems that science agrees. But first, let’s take a look at the definitions of dreamers versus those who live a more conventional life.

Oddly, they both have negative connotations, which only makes it more disconcerting. That’s when science comes in handy to help differentiate why being a dreamer or utilizing our imagination regularly is critical to our quality of life.

“When we imagine positive things, our brains produce similar signals as if we were experiencing those things in real life. That’s why positive imagination can be such a powerful tool for well-being. For example, we could imagine feeling what happiness feels like, we could imagine being our best selves, or we could imagine manifesting our dreams.  Almost magically, imagination creates positive emotions that can help you feel more emotionally well.”

Turns out, the Journal of Positive Psychology did a study and here is what they found:

When we use our imagination in a positive way, we experience less stress.

In reference to using our imagination to pretend we are somewhere else, some time else, the results are fascinating. Scientifically it is referred to as mental time travel or MTT. It is conceived as mental time travel because the same neural systems are involved in imagining future events as well as recollecting past events. The brain systems involved in mental time travel include the hippocampus and medial temporal lobe structures as well as the default mode network activated in resting state conditions when no external task is presented (Buckner et al., 2008).

The study led by Jordi Quoidbach, Department of Cognitive Sciences, University of Liège in Belgium was done in an attempt to identify the correlation of MTT and anxiety. “The ability to project oneself into the future has previously been found to be related to happiness and anxiety. The purpose of the present study was to investigate the causal effect of deliberate mental time travel (MTT) on happiness and anxiety. More specifically, we address whether purposely engaging in positive, negative, or neutral future MTT would lead to different levels of happiness and anxiety.

Results show a significant increase of happiness for subjects in the positive condition after 2 weeks but no changes in the negative or neutral condition. Additionally, while positive or negative MTT had no effect on anxiety, engaging in neutral MTT seems to significantly reduce stress over 15 days. These findings suggest that positive future MTT is not just a consequence of happiness, it might be related to well-being in a causal fashion and provide a new approach in happiness boosting and stress-reducing activities.”

Basically, the study puts a spotlight on moments of stress and how a simple exercise of say, imagining a portal that could take you somewhere away from said stress, could quite literally lower your stress levels and increase happiness. Those are some pretty significant findings, and who would have thought pretending to travel in time or daydream about winning the lottery could literally make you a more positive human being?!

Without leaps of imagination, or dreaming, we lose the excitement of possibilities. Dreaming, after all, is a form of planning. ~Gloria Steinem

In another study published in the Journal of Neuroscience, they looked at how the imagination impacts the brain. They cite that previous studies suggested that imagination may, “depend on separate neural networks involved in the construction and evaluation of imagined future events.” In a recent study summary in Inverse, they found strong neural evidence that demonstrates. “the two components of the brain’s default mode network (DMN) uniquely and specifically respond to different aspects of imagination.”

Researchers studied 24 individuals utilizing 16 different situations while they were hooked up to an fMRI machine to test the difference between vividness (producing strong mental images) and valence (the value associated with a stimulus as expressed on a continuum from positive to negative/good or bad). Through a series of different prompts, they tested the vividness of each participant’s imagination.

“The biggest difference between vivid and non-vivid scenarios was in vividness, but consistent with vividness affecting constructive processes, people were more likely to imagine vivid scenarios as active participants rather than observers. The biggest difference between positive and negative scenarios was in valence, but consistent with valence affecting evaluative processes, people reported more arousal, less emotional intensity, a greater sense of social and temporal connectedness and more self-relevance for positive scenarios. Both vivid and positive scenarios were associated with a greater feeling of being ‘actually there.'”

Imagination will often carry us to worlds that never were. But without it we go nowhere. — Carl Sagan 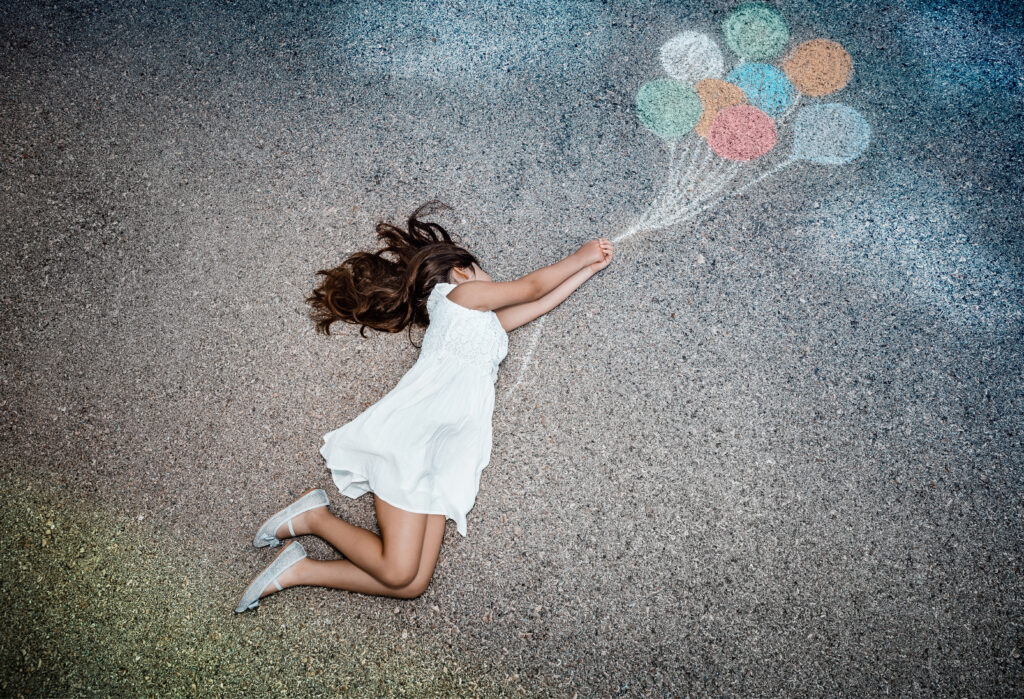 Lastly, in a recent study of goal-directed imagination published in Clinical Psychological Science, Beau Gamble (University of Auckland, New Zealand) and his colleagues discovered that out of 153 adult participants, those with higher well-being were able to more vividly describe what it would be like to achieve their goals, those who imagined more positive future scenarios were likelier to report higher well-being 2 months later, whereas those who struggled to imagine a bright future were likely to remain depressed.

“Imagination is clearly an adaptive ability—and one that might be better harnessed to help individuals reach the futures they want,” Gamble and colleagues wrote. “These findings may have implications for the design of goal- and imagery-based interventions to reduce depressive symptoms or increase positive aspects of functioning.”

So there you have it. If you break down all of the science, it has been proven that our imagination is not only useful, it is essential to our happiness, lowering levels of stress, and can possibly help us better understand anxiety and depression. Our suggestion? Rediscover your childlike curiosities, imagine animals in the clouds again, and daydream with a little more intention. Not only might you achieve your goals, realize your big dreams, your overall quality of life may just improve!

Published in Partnership with ParagraphAI