CUBA: A Revolutionary Project from Walker Evans to Now…

This month at The Getty, photography tells an avid account of one of the most historical events of Latin America (though it refers to itself only as a Spanish Province) – CUBA: A Revolutionary Project from Walker Evans to Now. This is an exhibit that is profoundly moving and prolific in its vastness of ability to tell a rather transparent tale of the Cuban Revolution, the rise and fall of Castro, the tyranny during the Bay of Pigs, and the haunting sense of isolation and wonderment in present day Cuba. As you enter the beautifully historical account of photographs that span the 1920’s to the Present, you find yourself moved. While the story begins innocently, there is a tale of confounding proportions as Walker Evans starts to photograph Cuba. There is a beautifully romantic way Evans photographs. The images are honest and real, gritty and raw, but somehow there is irony and poetry in each.

Walker Evans was an American born Photographer most notably known for his photographic accounts of the Great Depression in the FSA Documents. He began his accounts of Cuba after being hired to photograph the revolt against Gerardo Machado for a book called “The Crime of Cuba”. During his time in Cuba, Evans became brief friends with Ernest Hemingway. They spent a great deal of time talking, writing, photographing the things happening in Cuba, including watching the country unravel politically, economically, and socially. His images juxtaposition the soon-to-be historical Cuban Revolution. 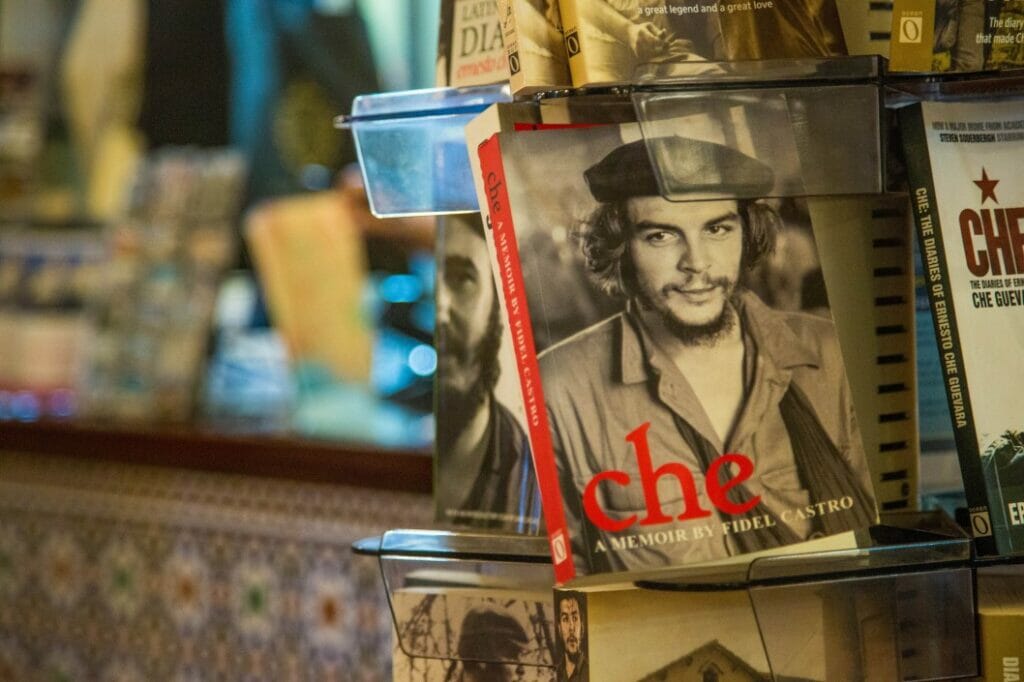 Evans made substantial strides in his photographic practice during the weeks in Cuba.

“There he worked with different format cameras, creating both close-up and wide, inclusive compositions, such as the view of the Plaza del Vapor in Havana shown to the right, that he could combine in intense sequences to best communicate his response to the poverty, the ferment, and the beauty of his environment.

The photographs that Evans made in Cuba, including the view of a Havana restaurant at right, reveal the influence of the French photographer Eugène Atget. Evans wrote that Atget’s photographs of old Paris demonstrated [a lyrical understanding of the street, trained observation to it, special feeling for patina, eye for revealing detail.]”—The Getty Museum, CUBA: A Revolutionary Project

In the 1950’s, another Photographer came on the scene and became an integral part of documenting the Cuban Revolution: Kordo (Also known as Alberto Dias). Kordo was first known as a photographer able to capture the true essence and beauty of his female subjects. It was in that process that he also discovered  his true calling. He writes, “Nearing 30, I was heading toward a frivolous life, when an exceptional event transformed my life: the Cuban Revolution. It was at this time that I took the photo of a little girl who was clutching a piece of wood for a doll. I came to understand that it was worth dedicating my work to a revolution which aimed to remove these inequalities.”

On November 25, 1956, 82 men set off from Tuxpan in Mexico aboard the Granna, a small 12-meter yacht. They were mostly Cubans and their leader was a young exiled lawyer by the name of Fidel Castro. In the group there was also an Italian, a Dominican, a Mexican, and an Argentine doctor, Ernesto Guevara, known as “Che”. Writing about the crossing, which was undertaken in bad weather, Che writes: “The boat assumed a ridiculous, tragic experience: men clutching their stomachs, anguish written in their faces, some with their heads in buckets, others lying immobile on the deck in strange positions, their clothes covered in vomit.”

Che was a man of a great many talents. He was a doctor, a writer, and as it turns out, a true Patriot of freedom. The photos of Kordo chronicle the entire birth and inevitable dictatorship of Fidel Castro’s Cuban Revolution. During the early stages of Castro’s influence, a New York Times reporter, Herbert Matthews, had come to La Plata to interview him. His impression of Castro was this: “It was easy to see that his men adored him and also to see why he caught the imagination of Cuban youth over the island. Here was an educated, dedicated fanatic, a man of ideals, of courage, and remarkable qualities of leadership.” At one point Castro is described as having an impeccable memory, reciting books, and being known for his courage and endurance yet he also mentions, “Without question, the most important woman in Castro’s life was Celia Sanchez.” Celia became a known fixture in Castro’s military outfit. She was the first woman to fight with the guerrillas. She aided Castro in a number of strategic attacks and was a trusted confidante. As Castro’s strategy grew, that is when Kordo came face to face with Che, Castro, and the impending fracture in the Revolution. While Castro became known as the Robin Hood who defeated Barista (even to the Americans), President Eisenhower was studying ways to get rid of him. Kordo spent his time in close proximity with both Castro and Che as their trusted photojournalist and journalist. It is no wonder the images are so alive and literary as Kordo was undoubtedly privy to an insurmountable collection of Intel and somewhat influenced by the magnitude of both men.

This exhibit houses one of the most famous Cuban Revolutionary photos of a global political figure: Che Guevara. The story of that single photo known throughout the world as a patriotic emblem of social freedom and social justice. When that image was shot, Kordo says as Castro delivered an angry speech condemning the violence of the prior day: “At the foot of the podium draped in black crepe, my eye pressed to my old Leica, I was focusing on Fidel and the people around him. Suddenly, through the 90mm lens, Che loomed above me. I was surprised by his look. By reflex I snapped twice – one horizontal and one vertical. I didn’t have enough time to take a third photo, as he stepped back discreetly into the second row. Back in my studio, I developed the film and made a few prints for Revolución. Because there was a head showing over his shoulder in the vertical shot, I cropped the horizontal photo. The editor-in-chief chose to publish a photo of Fidel on the front page instead, but I liked the Che portrait so much I late made a bigger print, 11×14 inches, and hung it in my studio.” Kordo was a highly powerful vehicle for Media and History as he documented everything from the early days of the Revolution on through the Bay of Pigs. His accounts are tangible and heart-wrenching, politically telling. and leave you feeling as if you have been invited in to explore the soul of his subjects.

The Exhibition continues to tell the visual story of the aftermath of Castro’s domination, his cutting off the outside world from all of Cuba, and the continued sense of displacement and a stagnant political system in existence today. In addition, there are beautiful and haunting images from 1991 and on referred to as “The Special Period”. Soviet influence now visibly part of Cuban culture, there is an air of loneliness and hope in this series shot by Virginia Beahan, Alex Harris, and Alexey Titarenko.

This is by far one of the most impressionable exhibits I’ve ever seen. Take time to visit the Getty before this exhibit moves on. If you’ve never been to the Getty, you are missing out on an extraordinarily beautiful place. Not merely a Museum, the grounds are immaculate with gardens throughout, various sculptures, Modern Art, masonry that is placed strategically all around to offer an inviting earthy feel to a prime spot amidst the Mulholland Pass. The Getty offers Family Days, arts and crafts, Saturdays off the 405 (live bands), and an array of some pretty impressive fare. The conclusion: Run don’t walk.

Books worth getting: Before Night Falls by Reinaldo Reyes, CUBA by Kordo, CUBA by Walker Evans