Art is how we see the world through more colorful lenses. This month and through the summer, the world is offering us texture, thoughtfulness, societal questioning, political repugnancy, and daring us to learn, embrace, and understand one another through broader mediums. Starting in Los Angeles, artists are inviting you to see things from another perspective.

The Wende Museun located in Culver City is bringing two very special exhibitions to LA. “Wende” is a German word that means “transformation.” It is commonly used to describe the era of uncertainty and possibility leading up to and following the fall of the Berlin Wall. The featured exhibitions are “Watching Socialism: The Television Revolution in Eastern Europe, and “Nonalignment and Tito on Africa”. On view June 23 to October 20, these exhibitions pose the question of propaganda during the Soviet Bloc, especially as it pertains to what was airing on television in the Eastern Bloc painting a rather obscure and complicated picture.

“The exhibition reveals how interrelated the history of television has been in communist and capitalist societies, and how strongly both traditions have informed post–Cold War television,” said Wende Museum Chief Curator and Director of Programming Joes Segal.

Co-curated by the Wende Museum and British scholars Sabina Mihelj and Susan Reid, Watching Socialism: The Television Revolution in Eastern Europe features televised content alongside TV-related magazines, artifacts, toys. They even  television sets from the Eastern Bloc, offering viewers a chance to experience what it was really like to watch TV on the other side of the Iron Curtain.

“Rather than position themselves on either side of the U.S.-Soviet divide, the governments and political parties that came to encompass the Nonaligned Movement (NAM, 1961-present) pushed for nonalignment and peaceful co-existence. NAM’s objective was the creation of a global anti-imperialist social movement and peaceful world order grounded in a commitment to justice, opposition to colonialism and empire, the redistribution of world resources, and shared acknowledgement of all people’s contributions to the heritage of culture, knowledge, and science.”

That is what Nonalignment and Tito in Africa is all about. Focused on one of NAM’s trailblazers was the government of Yugoslavia and its leader, Josip Broz Tito. As Yugoslavia and Tito’s aura grew, the country increased its ties and influence in the anticolonial world. Iterations of Tito in Africa have been exhibited at the Museum of Yugoslavia (Belgrade) and the Pitt Rivers Museum (Oxford). The exhibition was organized by Paul Betts (Oxford) and Radina Vučetić (University of Belgrade), with, at the Wende, curatorial consultation by Robeson Taj Frazier (USC) and exhibition design by Joes Segal and Anna Rose Canzano.

Once upon a time the world saw animals through a lens of pure imagination based on myth and legend, and thus a world was created that would change our fantastical view of – the magical. The Book of Beasts explores medieval illuminations as they pertain to the beginning of truly extraordinary beasts.

“Animals tumble, soar, and race through the pages of the bestiary, a popular type of medieval book describing the beasts of the world. Abounding with vibrant and fascinating images, the bestiary brought real and fantastical creatures to life for readers. So cherished were these vividly imagined beasts, they often ‘escaped’ from manuscripts to inhabit other art works made during the medieval period, and even up to the present day, ” says the Getty Museum.

Medieval historians and curators at The Getty Museum, Bryan Keene and Larissa Grollemond have added an extra layer of history by making comparisons to Game of Thrones (including spoiler recaps) in their #GettyOfThrones series streaming on Instagram and online at www.TheGetty.edu. This particular exhibition is intended for anyone whoever believed in unicorns and griffins—and wouldn’t dare imagine a world without them. Taking us through the rare and exotic history behind bestiaries, the Getty introduces us to the oldest bestiary manuscripts around. From gorgeous illuminations to finely woven tapestries, remarkable sculptures and artifacts, this remarkable glimpse into a very rich history will transport you into places other-worldly. 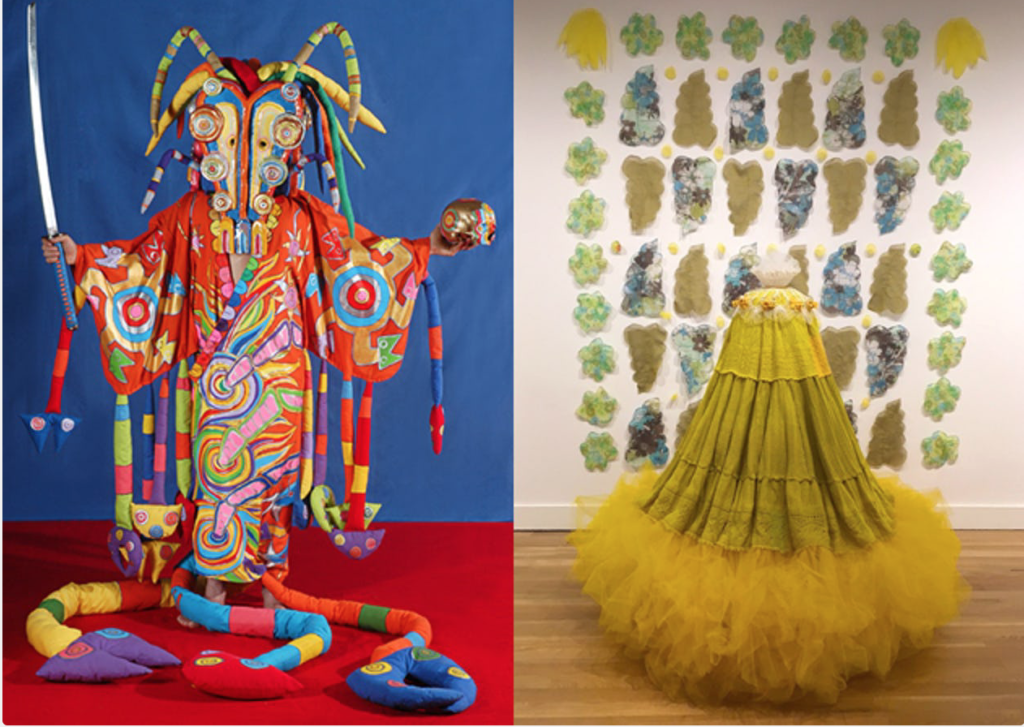 Building Bridges Art Exchange is devoted to bringing audiences together whether it be artists, leaders, supporters of a cultivated cultural understanding of community, or those who want to see emerging artists rise. This fall, they will be hosting two Argentinian artists Ana María Hernando and Tadeo Muleiro. “Working together, Hernando and Muleiro will use textiles, printmaking, installation, and performance to explore the expropriation and exploitation of the landscape”, says the Building Bridges team.

This organization has been seen at the LA Art Show the past two years, pushing boundaries, encouraging viewers to question what they see, and actively offering space to new creatives. “BBAX was created as a platform that would enable artists from across the globe to connect, engage in peaceful dialogue, and create narratives that explore political issues and social movements which impact different regions of the world.”

When you aren’t sure how to filter the noise of the outside world, visit a museum. It will inevitably show you the state of the world—and how to make it better. That is the power of art.