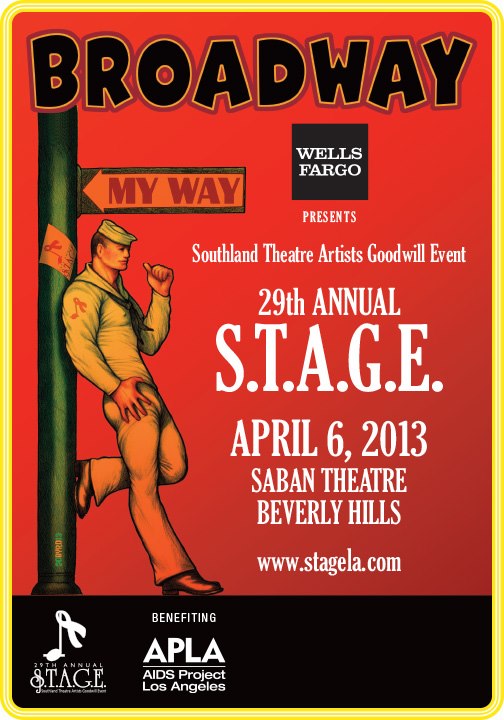 ALEX NEWELL, one of the newest cast members of FOX‘s groundbreaking mega-hit series, “Glee,” has been added to the cast of the 29th Annual Southland Theatre Artists Goodwill Event (S.T.A.G.E.) “Broadway, My Way,” being held on Saturday, April 6th at the historic Saban Theatre in Beverly Hills. David Galligan directs for the 29th time with John McDaniel returning as Musical Director.

In the last two years, ALEX NEWELL has gone from regular high school student to appearing on one of the hottest series on television. Newell can currently be seen in the recurring role of “Wade ʻUniqueʼ Adams” on FOXʼs “Glee,” and has quickly become a fan favorite.  Introduced at the end of season three last year, ʻUniqueʻ is back this season and better than ever. Newell shines as shy, timid, outcast Wade, and his alter-ego Unique, whose bold and daring personality and talent on stage demands attention in every scene she is in. The drastic change from each character has shown not only Newellʼs powerhouse vocals, but also his versatility as an actor.

Newell will be making his first S.T.A.G.E. appearance in this year’s show. Wells Fargo is the Presenting Sponsor with Grand Sponsors HBO and Swerdlove & Aster.