The story of how comedy and vaudeville can take the worst moment in history and offer some reprieve, there ‘s a moment where life changes. It catapults to a place uncomfortable yet real and somehow it allows you to give yourself the “ok” to just experience life. History. Truth. Belz! Is the play to do precisely that.

Imagine going to a play where you’re expecting a great performance (because your friend is in the cast), you have a feeling it will be fairly well written, well acted, and overall a decent night out. Well, scratch that! Now imagine a FABULOUS performance with undeniable talent, addicting music, comedic timing, touching characters, a historical tale, AND learning how utterly talented that friend of yours really is. THAT was Belz!! Now playing at the Whitefire Theatre off of Ventura Boulevard in Sherman Oaks, this Vaudeville rendition is one that takes you on a journey. With a cast that consists of the original “Mama” from 28 years prior, Helen Siff, you are endeared, in addition to an entourage of raw and wonderful talent, it’s difficult not to want to be a part of it. 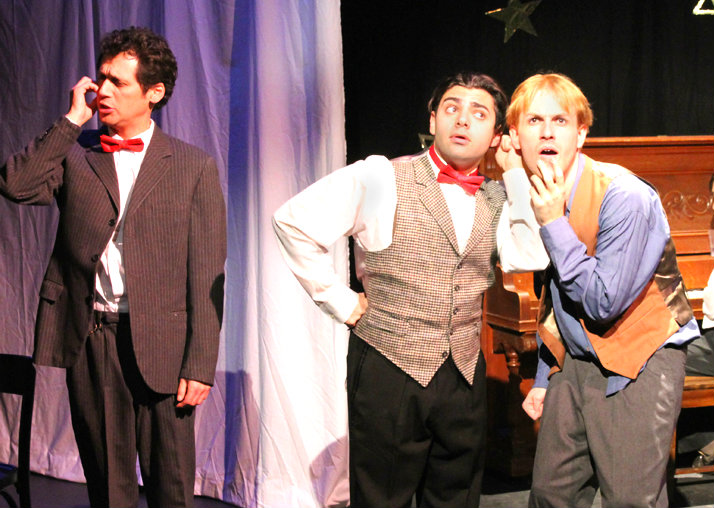 The story delves into the history of a Jewish family in Belz, the Western Ukraine during the rise and fall of Hitler. Set in 1912-1946, Belz! is an off-Broadway show about a small Jewish town, a traditional Jewish family, and a son’s search to find his calling as a comedian. Going against everything his mother would wish for him, this is a story that is rich and emotional, moving and deeply mindful of history. The performance bellows with talent. Having invited by my friend (and cast member), Stasha Surdyke who plays Annette/Jeanette/Lynette/Nanette and sings in 5 languages, I’m awed by her performance. Every actor is worth a mention but it’s one of those performances that you have to see for yourself.

The story of the Writer/Director is one that makes this performance entirely more epic. Pavel Cerny is from Czekoslvakia and this particular work is inspired by his childhood of having to flee the country he loves and never able to return. There is so much heart and sadness underlying this story while it drips in hopeful intention and touching relationships. The interaction between Hugo and Rosa is one that incites the complicated truth that is love, unraveling the inner conflict to chase after your dreams while trying to live up to the societal standard. It is a wonderful play that will have you dancing, singing, and wanting to come back again. The night I was there, the audience was truly wonderful. Seats filled by men and women rich with story, many of whole were directly affected by the hate of Hitler, and the unspoken hum in the room of both pain and hope was apparent. The history – our history – was sitting right there among us. This is a play that just makes every other one pale in comparison. So much more than I expected, I left feeling like I needed to come back another two times just to soak in the beauty and genius behind it. It’s spectacular … 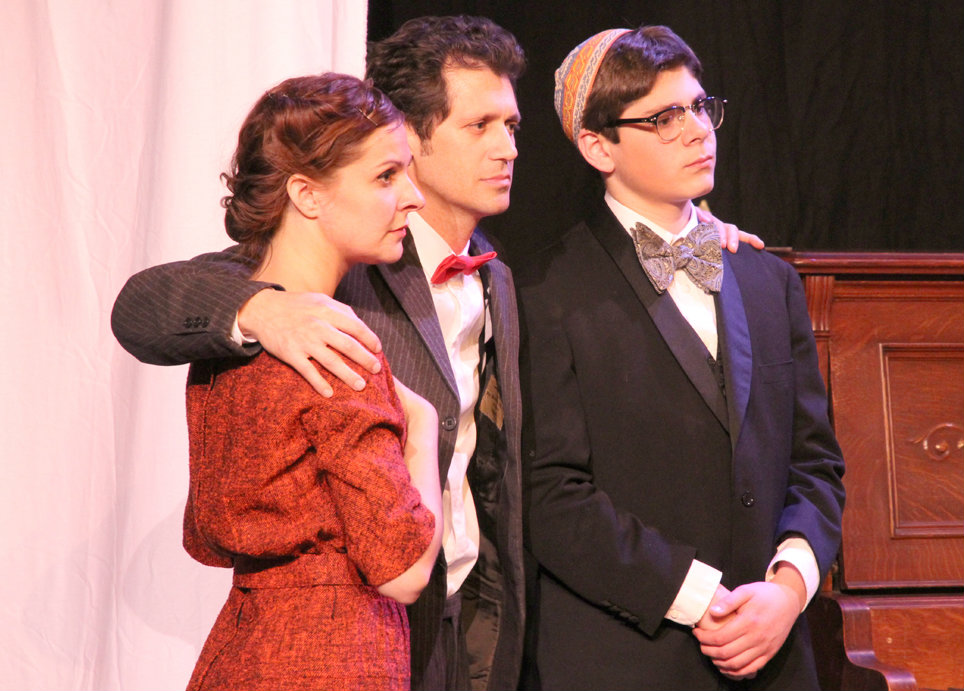 To learn more about the play, below is a brief synopsis. The play runs through April 14th with Performance Thursday-Saturday at 8pm and Sunday at 3pm. It is worth every minute! Tickets are $30 and $25 for Seniors and Students.

Every cast member gave their heart and soul to this. You could feel the passion and love and it made watching it a sheer pleasure.

“Story of the life of Hugo Schwarts, a fictional Jewish comedian from the Galician shtetl of Belz. We follow his successes, hart-breaks, marriage, love affairs, children,laughter and tears. All this on the background of the world history (WWI, Great Depression, WWII–all the way till the Hippie era.) We see Hugo performing in cabaret theaters of Mukachevo, Prague, Vienna, the Catskills and finally on Broadway.
This is a revival of a 1984/85 production that ran in LA sold out for over a year and became a cultural phenomenon.
Come to see 18 actors playing 65 characters, hear dozens of Jewish jokes, sing along with the songs you may know,laugh and cry with the heroes of our story. The musical was written and directed by the internationally known writer/director Pavel Cerny (Circus Welt, Three Sisters or Perestroika) and stars many actors known from TV or the silver screen. The show is in ENGLISH with some songs partially in Yiddish, Hungarian, Czech, or German.”

Pavel Cerny, who directed several dozens stage productions in Los Angeles as well as in many major European theaters, is an important figure in the development of Jewish theater in L.A.

Back in the early 1970’s and 80’s he produced and directed several productions with the famous Yiddish actor Baruch Lumet (father of Sidney). These included Portraits or My People, Purim Play, and Dybbuk. (Last two were filmed by Public TV). In his function as the owner-director of the Orpheum Theatre on Sunset Strip, Cerny co-produced a number of productions of the New Artef Players including the prize-winning Entebbe 76 about the liberation of hostages by the Israeli army. His biggest success came with the long running BELZ!—a Jewish musical he wrote and directed as a review– first at the Orpheum and later, for over a year, in an expanded large cast production, at the Callboard Theater. Recently Pavel Cerny directed the West Coast Premiere of a new adaptation of Gotthold Lessing’s classic Nathan the Wise, a play taking place in Jerusalem during the Crusades. He then directed several plays at the Whitefire Theatre in Sherman Oaks. A Lovely Place for a Picnic, a powerful psychodrama about a group of GIs in Vietnam (lead by a Jewish intellectual) , 6 Plays by the Jewish-American playwright Helena Weltman, under the title Love, Sex, Violence, etc., Circus Welt (2010) Cerny’s own play about a group of circus artists (including a Jewish lion tamer) hiding from Hitler in the early days of 1933, and finally a modern Chekhov adaptation Three Sisters or Perestroika (2011) where Chehkov’s German Baron von Tuzenbach becomes Aaron Tuzenbach, a Jew desperately seeking assimilation in the Soviet Union of the 1980’s.