LOS ANGELES, CA – Music is the nourishment of the soul. A single fragment of a song can speak to you. Awaken you. Console you.

In a city like Los Angeles, once in a while you stumble upon something that just reaches in and allows you entry into a new sound – something raw and soulful, something very “un-LA”.

While there are major bands living and playing all throughout the city, there are smaller indie musical artists that take you by surprise. The kind that envelop the more unfiltered parts of ourselves. The singers, songwriters, and musicians that play with a hunger within to simply tell their story – the kind of music that comes from Nashville or Chicago or another time altogether and somehow, when lucky enough, you get 3 in one night!

Last night I went to Ghengis Cohen, a family restaurant and bar located on Fairfax in Los Angeles. I followed the sound of the music, paid the $8 cover and walked towards the church-like pews of rowed seating facing the stage. I came in during the middle of a set. A man stood on stage with his guitar in hand, hat propped up, black converse grounding him as he sang with his bluesy-esque voice. Sam Brooker. To follow would be Angela Wood and Mots Nouveaux. Bands that are unique and extraordinary to watch. Angela with a fierceness that commands your attention and Emma Fitzpatrick of Mots Nouveaux that taps into your sweet spot and then takes you to a place that brings sheer joy.

Videos in order of performance. 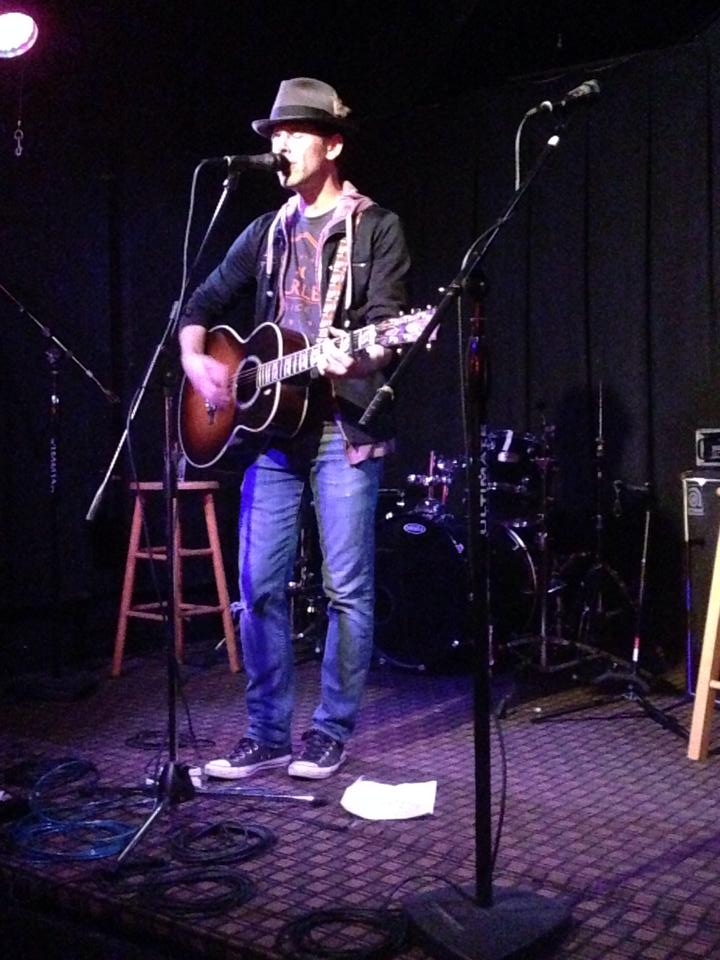 I wandered in just as Sam Brooker was midway into his set. A handsome man with a hat resting comfortably on his head, it is his style and ease that invites you to sit back, listen, and allow the words and melody to seep in. Soulful, honest, strumming the strings granting us permission to feel, it didn’t take long to become a fan. #SamBrooker

Sam is known for the musical duo, Sam & Ruby who have been featured on heavy hitters like NPR and The Today Show in Nashville.

VIDEOS: I recorded this one below last night. 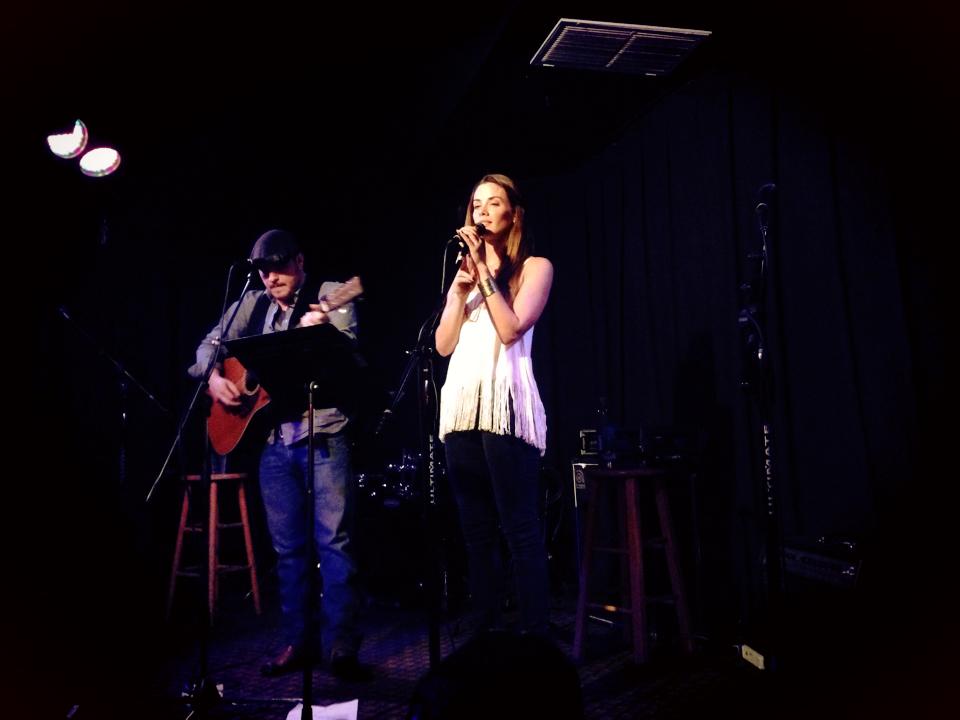 The minute Angela Wood took the stage, she carried herself with so much confidence and ownership of who she is and a sweet conviction of the vocals she possesses. With a grit and haunting sound reminiscent of Steve Nicks, her voice bellowed to the crowd now drawn in. Telling small tales in between songs, her candor and willingness to be unrehearsed was refreshing. A country artist, it’s her down home rock roots that help define her. 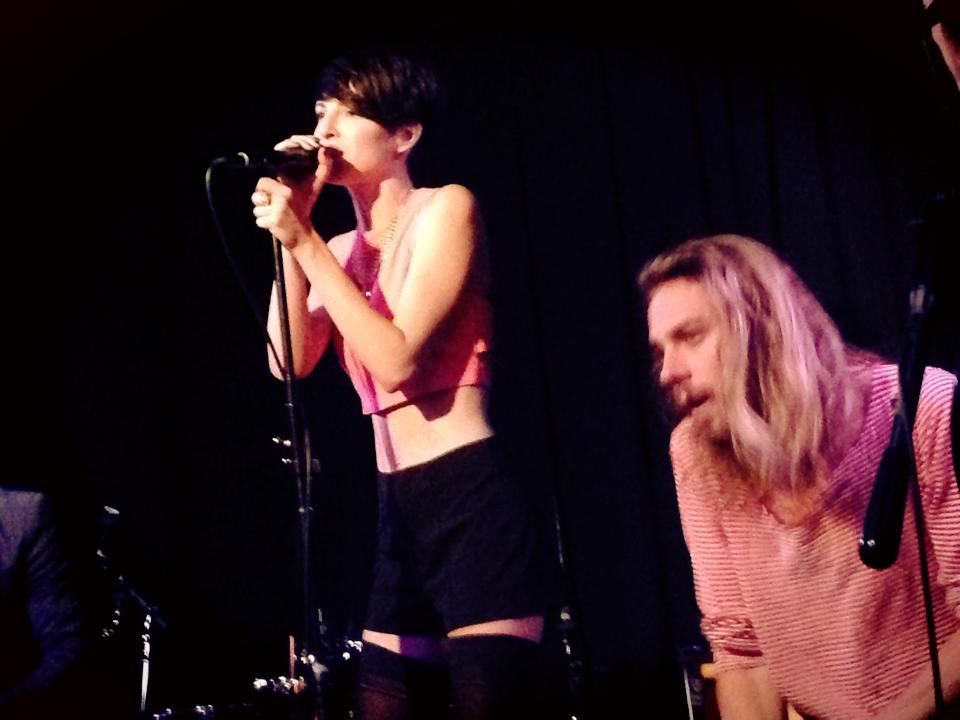 I missed a performance by Mots Nouveaux a week prior and my anticipation to see Emma Fitzpatrick and Aaron Beaumont perform alongside their band can only be compared to how a child feels when excited to get to experience a new ride. Yes, they are THAT worth it. Stepping on to the stage with black shorts, a pink top and black thigh highs, Emma’s black swept pixie hair playfully hangs as she looks to her left to see her right hand man, Aaron with his dapper attire, boyish charm,  timeless glasses, and the two accompanying musicians: backup vocals and percussion. They waste no time diving into “Last Night” and the lyrics, “Pour me another shot of whiskey” trickle out like liquid fusion. Her voice has that gorgeous airy range that reminds you of a cross between a Judy Garland, Gwen Stefani, and the soulful flow of Ella Fitzgerald. There is a songbook quality to her sound that introduces you to the times of the roaring twenties while bringing you up to speed with this deep soulful Chicago blues all sprinkled in with a nouveaux pop befitting to their name. Aaron then lends his voice as the evening progresses and his vocals are sultry and so easily endearing. Between the pair and their musicians (which on occasion can be up to an 8-piece band), the variation of songs, the lyrics that I imagine swell onto paper with a lingering mode of elation, and the sheer performance quality of Mots Nouveaux, one would find themselves hard pressed not to fall in love. The sound is something you won’t soon forget and while they rounded out the evening with a seductive bluesy song, everyone sitting in those church-like pews applauded, danced, and I’m sure were a bit sad to pack up, go, and bid a goodnight as Emma, Aaron, and their band exited the stage.

Mots Nouveaux can be seen throughout Los Angeles as well as across the country. Check out their site and follow them on Facebook. ere’s what I know to be true….