Notice: Undefined offset: 1 in /var/www/wp-content/plugins/ninja-forms-uploads/vendor/benthedesigner/dropbox/OAuth/Consumer/Curl.php on line 153
 The Byrd Series - The Dustbowl Revival

The Byrd Series – The Dustbowl Revival …

WEST HOLLYWOOD, CA – Imagine a boutique hotel tucked away in the streets of West Hollywood, an entrance, a man, a list, an elevator, a rooftop – you pass a pool all too inviting and follow the strings of Edison bulbs dangling overhead in rows of ambient wonder, down the steps. You see a large fire pit made of tiles and stones nestled cozily on the planks of wooden flooring amidst rows of over sized tangerine cushioned chairs, a corner bar with bartenders buzzing about the abundant crowd inquiring of cocktails and wines and plates of fare. Now imagine all of this as a band is arranged at the front of the deck; music and sound traveling with an undulated swing of sheer playful delight – that is tonight’s Byrd Series and the band: The Dustbowl Revival.

The Dustbowl Revival is a Venice, California-based collective that merges old school bluegrass, gospel, jug-band, swamp blues and the hot swing of the 1930’s to form a spicy roots cocktail.

An eight-piece band takes you back to the root of music. The minute their hands begin to grasp their instruments and front woman Liz Beebe takes the mic, well, you find that the body can’t help but move, your hands begin to clap, your soul begins to smile, and the sheer talent emanating from this Los Angeles-based band takes hold of you. Something about their passion oozing from each one of the bandmembers has you take pause. Somewhere between New Orleans, moss swamps, good old fashioned bluegrass, and a time where music had little to do with celebrity and everything to do with soul, there you will find The Dustbowl Revival. See them every chance you get.They are going to the Midwest in April.

For more on The Dustbown Revival: 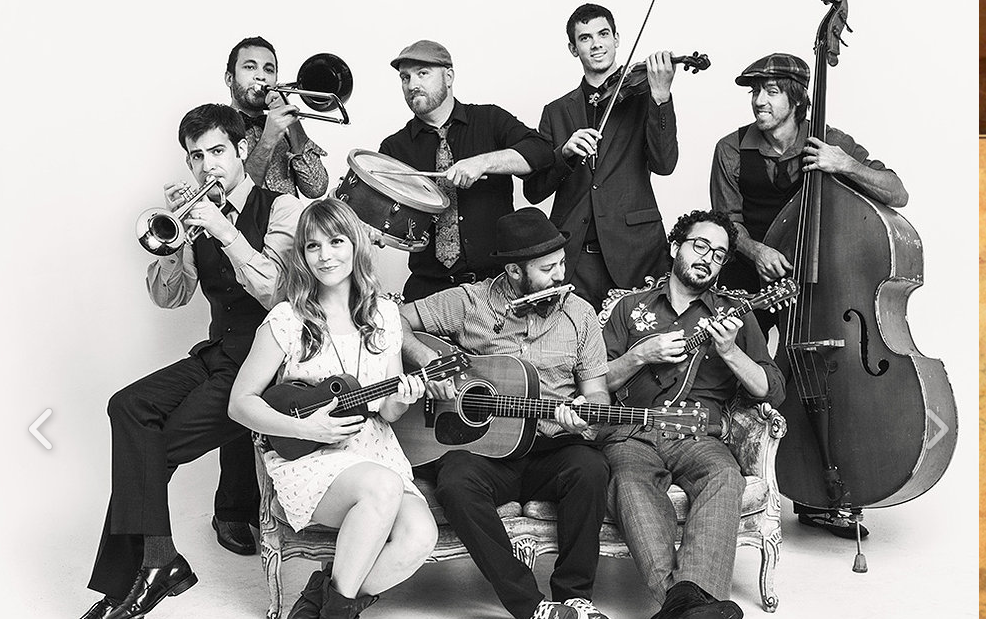 The art of how Oscar de la…