While the Fourth of July is America’s official day of independence, it signifies the freedom of many. While we light fireworks, BBQ up the tastiest of treats, and enjoy a day off, let’s take a look at some Independence Days from around the world. 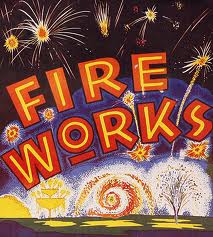 An alternative choice to commemorate the reunification could have been the day the Berlin Wall came down—9 November 1989, which coincided with the anniversary of the proclamation of the German Republic in 1918 and the defeat of Hitler’s first coup in 1923. However, 9 November was also the anniversary of the first large-scale Nazi-led pogroms against Jews in 1938 (Kristallnacht), so the day was considered inappropriate as a national holiday. (See November 9 in German history.) Therefore, 3 October 1990, the day of formal reunification, was chosen instead and replaced the “Day of German Unity” on 17 June, the national holiday of West Germany.

The French National Day commemorates the beginning of the French Revolution with the Storming of the Bastille on the 14 July 1789, as well as the Fête de la Fédération on the 14 July 1790. Celebrations are held all over France. The oldest and largest regular military parade in Europe is held on the morning of 14 July, on the Champs-Élysées avenue in Paris in front of the President of the Republic, French officials and foreign guests.

What today is commonly referred as the Independence of Argentina was declared on July 9, 1816 by the Congress of Tucumán. In reality, the congressmen that were assembled in Tucumán declared the independence of the United Provinces of South America, which is still today one of the legal names of the Argentine Republic. The Federal League Provinces,[1] at war with the United Provinces, were not allowed into the Congress. At the same time, several provinces from the Upper Peru that would later become part of present-day Bolivia, were represented at the Congress.

Constitutional reforms were initiated in 1954 and resulted in a new constitution ten years later. Britain granted British Honduras self-government in 1964, and the head of the PUP—independence leader George Price—became the colony’s prime minister. British Honduras was officially renamed Belize in 1973.

Progress toward independence, however, was hampered by a Guatemalan claim to sovereignty over the territory of Belize. While Belize finally attained independence on 21 September 1981, about 1,500 British troops remained in Belize, the declared purpose being to provide protection from a Guatemalan threat. To forestall any possible incursions the British had previously stationed a detachment of Royal Air Force (RAF) VTOL Hawker Siddeley Harriers in the territory in 1975, and again in 1977, as a deterrent. Guatemala had refused to recognise the new nation because of its longstanding territorial dispute with the British.

Independence Day, observed annually on 15 August, is a national holiday in India commemorating the nation’s independence from British rule on 15 August 1947. India attained independence following an independence movement noted for largely nonviolent resistance and civil disobedience led by the Indian National Congress (INC).[1] Independence coincided with the partition of India, in which the British Indian Empire was divided along religious lines into the Dominions of India and Pakistan; the partition was accompanied by violent riots and mass casualties.

On 15 August 1947, Jawaharlal Nehru, who had become the first Prime Minister of India that day, raised the Indian national flag above the Lahore Gate of the Red Fort in Delhi. On each subsequent Independence Day, the Prime Minister has raised the flag and given a speech.[2]

The holiday is observed throughout India with flag-hoisting ceremonies, parades and cultural events. Indians celebrate the day by displaying the national flag on their attire, accessories, homes and vehicles; by listening to patriotic songs, watching patriotic movies; and bonding with family and friends. Books and films feature the independence and partition in their narrative. Separatist and militant organisations have often carried out terrorist attacks on and around 15 August, and others have declared strikes and used black flags to boycott the celebration.

The Japanese occupied Vietnam during World War II but allowed the French to remain and exert some influence. At the war’s end in August 1945, a power vacuum was created in Vietnam. Capitalizing on this, the Việt Minh launched the “August Revolution” across the country to seize government offices. Emperor Bảo Đại abdicated on August 25, 1945, ending the Nguyễn Dynasty. On September 2, 1945, at Ba Đình Square, Ho Chi Minh, leader of the communist Viet Minh organization, declared Vietnam’s independence under the new name of the Democratic Republic of Vietnam (DRVN) in a speech that invoked the United States Declaration of Independence and the French Revolution‘s Declaration of the Rights of Man and of the Citizen.[2]

Brought to you by our friends at Club W

The holidays have officially arrived, and after…