Oh, Oscar! You will be missed …

Few people in the #Fashion industry maintain a poise of sheer brilliance, utter kindness, and the continual evolution that clothing is more than stitched fabric. OSCAR de la RENTA was such a man. Born in 1932, Óscar Arístides Renta Fiallo, was a visionary. Surrounded by poets, scholars, and businessmen all of his youth, it was inevitable he would take hold of a world he would himself, redefine. Dominican born and color bound, what he did for women everywhere was drape their skin with utter perfection.

“The qualities I most admire in women are confidence and kindness.” 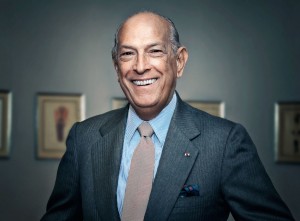 Making a splash in the fashion world in the 1960’s, he became a recognized name when Jacqueline Kennedy donned his creations and named him one of her couturiers. In 1963, de la Renta approached VOGUE Editor, Diana Vreeland with an idea to design “Ready-to-Wear” clothing because even he knew there was an undeniable demand. From then on, his career began to take him to every major Fashion Magazine spread, major department stores, and Runways across the globe.

His passing will be felt around the world. He had a smile that would light up your soul. He created #clothing (art) that not only laid on your skin with ease and perfection, there was love in every line, passion in every stitch and vibrancy in every creation. He celebrated the female spirit and encouraged us all to stand tall and look fiercely elegant while doing so. #FashionImmortal

“The only realities in life are that you are born, and that you die. We always think we are going to live forever. The dying aspect we will never accept. The one thing about having this kind of warning is how you appreciate every single day of life.”

After a bout with cancer in 2006, Mister de la Renta was in remission but unfortunately reports say the cancer returned. Oscar de la Renta passed away yesterday. My dream was to be dressed by Oscar at … The Oscars.

May there be a visionary equally lovely. Rest well, you wonderful, wonderful man. Our hearts and prayers go out to his family and staff who will miss him most.

Married to Françoise de Langlade in 1967,  (Françoise was editor-in-chief of French Vogue) . They were married until she died of cancer in 1983. After her death, de la Renta adopted a boy from the Dominican Republic and named him Moises.

De la Renta was regarded as an unofficial ambassador of the Dominican Republic, his home country, and held a diplomatic passport

In 1977, de la Renta launched his fragrance, OSCAR, followed by an accessories line in 2001, and a homewares line in 2002. The new business venture included 100 home furnishings for Century Furniture featuring dining tables, upholstered chairs, and couches. In 2004, he added a less expensive line of clothing called O Oscar. De la Renta said he wanted to attract new customers whom he could not reach before.

In 2006, de la Renta designed Tortuga Bay, a boutique hotel at PUNTACANA Resort and Club. Tortuga Bay is a Leading Small Hotel of the World. and a member of Virtuoso