Birdman. The Movie. And the inevitable tale of mortality.

Broadway isn’t a place for anyone that isn’t willing to put their entire soul on the line for the most  discerning audiences to judge … harshly. Neither is Hollywood. They are both equal abyss’ of creative bliss and immeasurable judgment. If you love it, do it. Otherwise, pack it up and walk away.

BIRDMAN. The story that bathes you in constant questions of mortality, the passionate quest to leave something beautiful behind, and the continual struggle with the watching world who dares to tear you down. It’s beautiful and tragic and raw and dreamy. With single-lens long shots (Emmanuel Lubezki ), Director Alejandro González Iñárritu allows his characters to lead you through their own perfect imbalance.

Having been invited to attend the Los Angeles Fox Searchlight screening of the film at Downtown’s gorgeous Theatre at the ACE Hotel – a delicately and recently restored, 1,600-seat movie palace from the 1920s with a three-story, 2,300 square foot building to behold with more things to admire than you’d imagine (including the mezzanine and a vaulted ceiling with thousands of tiny mirrors that glimmer when lit). In addition to being among the glorious historical theatre, all the while, I was also there to witness the commissioned creation of mural artist, Kelsey Montague (just like Romeo and Juliet), this was not going to be an evening to forget.

As we enjoyed wine and a viewing of the beautiful wings, wings that the artist created in an 8-hour stretch, there was a feeling of both liberation and suffocation. A tiny room filled with eager media while listening to Kelsey tell several curious goers the story behind the wings. Sadly, I didn’t quite get to hear the entire process but I can say this young woman has a long creative career ahead of her if the art world is wise enough to see it.

Soon we were ushered to the theatre. Majestic, truly memorable as the restored Theatre gave the film a background that was apropos, you couldn’t help but bask in the gothic structure, the finite details brought to life in 2014 upon its re-opening.

The clock strikes eight and the audience settles. Moments later we are all in an uproarious applause as Michael Keaton himself comes out to introduce the film. Nothing short of lovely, his genuine gratitude for being a part of this project was impossible to ignore. And then, just as we thought we were in for the perfect evening, it gets even better as Michael introduces music man, Antonio Sánchez. The man solely responsible for a film score that gave intensity and thought, emotion and heart simply by his genius behind a drum set.

The film takes some of the most complicated human relationships and vomits them onto the screen in absolute poetry. A father attempting to make up for being absent for his daughter, a daughter who recoils in self doubt and poor choices of dependence – whether on drugs, sexuality, or order; a man once a household name now feeling washed up and laden with fear he won’t be remembered. And that’s just Michael Keaton (Riggan Thomson) and Emma Stone (Sam Thomson)! The secondary characters: the ex-wife still madly in love with the man she once knew (Amy Ryan), the actor with an ego too broad to manage who simultaneously has moments of such truth he can’t be silenced (Edward Norton), to a woman trying desperately to let go of the self imposed albatross of love and vanity (Naomi Watts) – there isn’t a dull moment. With a wildly stoic performance by Zach Galifianakis who is not only the Producer, but the friend, every one of the characters allow this story to seem so incredibly voyeuristic in the best of ways. There is the backstory of the Birdman himself who is the catalyst of everything that unfolds, and his “Batman-like” reminiscent tone (Michael Keaton’s Batman), well I found myself blissfully lost in every shot, every scene and intrinsically buried in the emotional torrent of Sánchez’ live accompaniment.

Birdman is indeed an Oscar-worthy film but it’s also a film every single person with an inkling for creativity and soulful plunging of passion should be required to experience. It is brilliant, in my opinion, and I hope that Michael Keaton and Alejandro Innaratu get those golden statues they so deserve. This was my favorite of their films … And that’s saying a lot as I’ve seen just about every film either of them have ever done.

Alejandro: I can only imagine how proud you arel! Watching and meeting you for the second time, two years ago at the Foreign Film Symposium, I am so happy you got the freedom to create this masterpiece. May you always have the funding and support to make films. The world of cinema needs your unrelenting honesty and hope.

Former cinema superhero Riggan Thomson (Michael Keaton) is mounting an ambitious Broadway production that he hopes will breathe new life into his stagnant career. It’s risky, but he hopes that his creative gamble will prove that he’s a real artist and not just a washed-up movie star. As opening night approaches, a castmate is injured, forcing Riggan to hire an actor (Edward Norton) who is guaranteed to shake things up. Meanwhile, Riggan must deal with his girlfriend, daughter and ex-wife.

iPhoneography below by Dawn Garcia 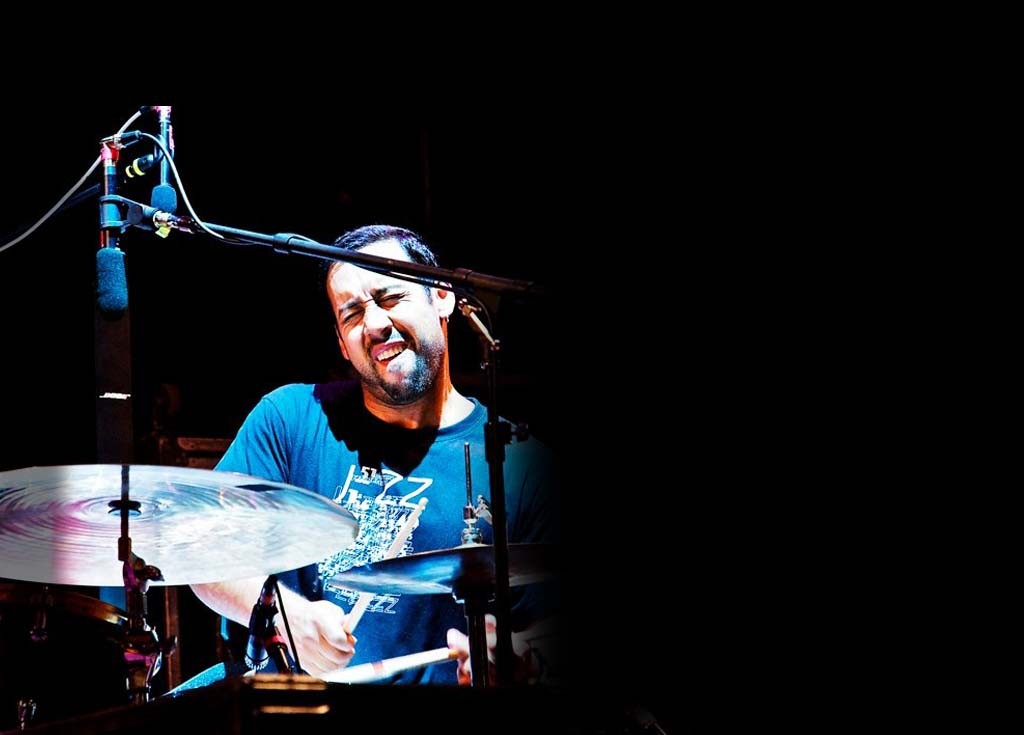 One single beat will carry you away …

Four time Grammy Award winner Antonio Sanchez is considered by many critics and musicians alike as one of the most prominent drummers, bandleaders and composers of his generation.

Born in Mexico City on November 1st, 1971, he started playing drums at the age of 5 and began performing professionally early in his teens.

Since his move to New York City in 1999 Antonio has become one of the most sought after drummers in the international jazz scene. His playing is featured in over a hundred albums and has performed and recorded with some of the biggest names in jazz including Chick Corea, Michael Brecker, Charlie Haden, Gary Burton and Toots Thielmans.

He has been the drummer of choice for 20 time Grammy winner Pat Metheny and has been part of virtually every project the famed guitarist has put together since 2000. They’ve recorded 8 albums together and 3 of them have been awarded the Grammy.

Born in Hong Kong, Kenny Yung is a street photographer, humanitarian, environmentalist, and activist. His work has been featured in galleries around the world as well as having been chosen by VOGUE Magazine for a series on global photography.