For this first list, I decided to narrow my choices to character studies exploring the darker, moody aspects of life and were made for a budget of less than 7 million dollars. Each film showcases the unique voices of indie directors and tell stories that captivate the human experience and resonate deeply. 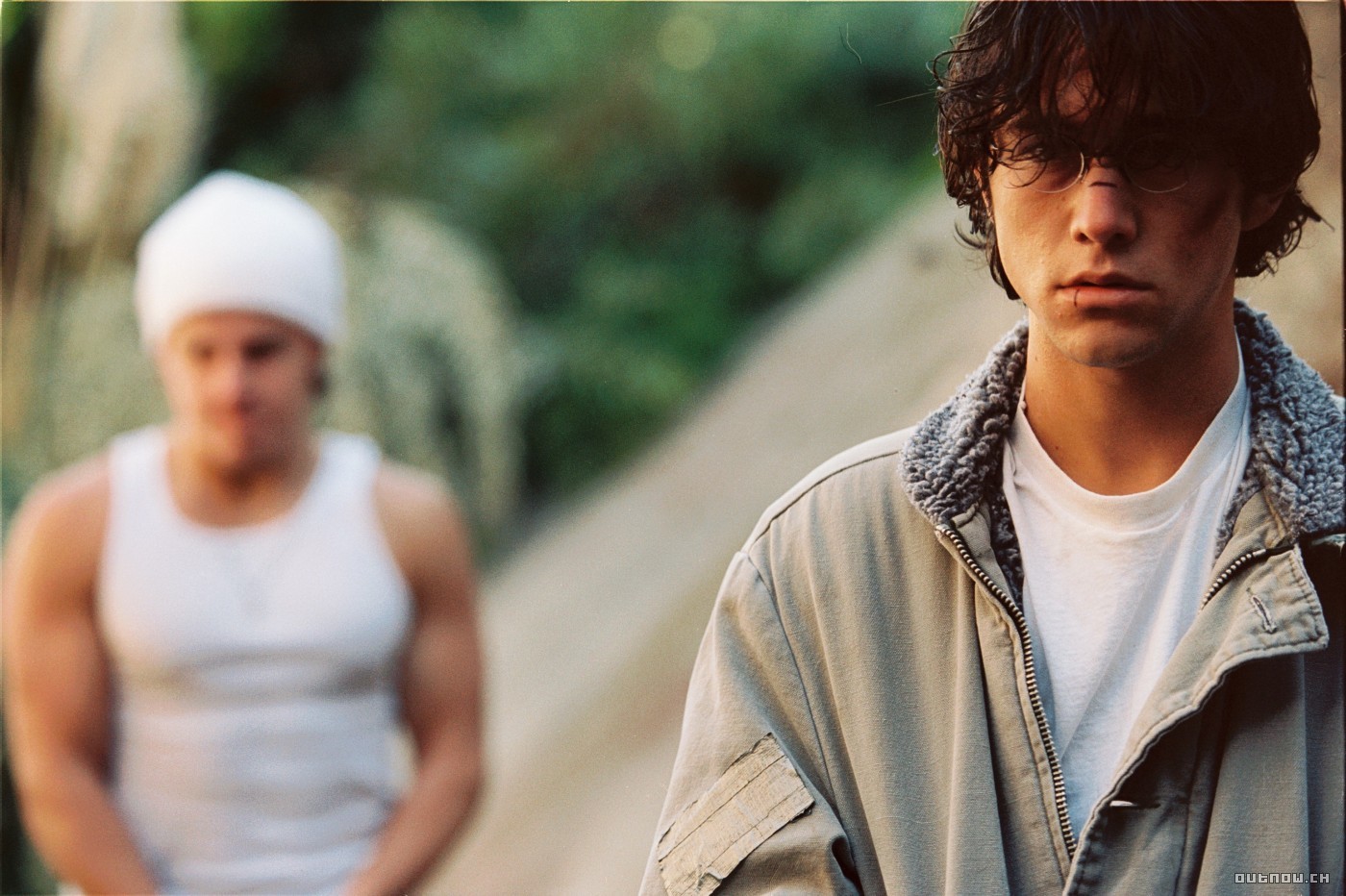 A highly stylized and gorgeous homage to 50’s noir films, Brick is unique from other less ambitious Indies and wickedly underrated. Considered the benchmark film for Joseph Gordon-Levitt as he broke into the more serious actor he is today, he plays Brendan, a teenager on the quest to investigate the sudden disappearance of his high school ex-girlfriend Emily (Emilie de Ravin); and a conspiracy of drugs and betrayal begin to unravel. Bursting with incredible cinematography evocative of Spaghetti Westerns, and essentially the modern lovechild of The Maltese Falcon with many references to be found, director Rian Johnson (Looper and upcoming Star Wars Episode VIII) truly employs every ingredient of his 500,000 dollar budget. It echoes a production value of a higher budgeted film with incredible orchestral music that tips its hat at the genre he is idolizing. But it is the compelling detective story that unfolds that truly sets it apart: the dialogue drips in machismo and the tone and overall peculiarity of the mystery strangles your attention. Levitt delivers an incredibly interesting performance of understated sadness and hunched-over stoicism as the lead (loosely based on Spike Siegel, the title character from Anime Cowboy Bebop). While Brick may alienate certain viewers unfamiliar with the noir genre, dismissing it for its on-the-nose dialogue and absence of realism misses the point entirely. A must-see for those who appreciate storytelling and the pulpiness of a genre that has almost dimmed entirely into obscurity. Many of us search for success in our lives. For those who have gained glory and lost it, what then gives our life meaning? Randy ‘The Ram’ Robinson (Mickey Rourke), washed-up wrestler, seeks to reclaim his lost splendor and restore his relationship with his daughter Stephanie (Evan Rachel Wood) to gain a sense of purpose in The Wrestler. However, the road to recovery is paved with repentance, regret and low-paying backyard wrestling gigs in front of crowds no more than thirty. What makes The Wrestler compelling, above all else, is its innate ability to capture a man at his most desperate without teetering into melodrama. Filmed in a way that almost makes it look like a documentary, it chronicles the uniquely human search for redemption through fame, fortune, and in Randy’s case, second chances at stardom. The story acts as an allegory for Mickey Rourke’s own personal life and career—being a professional boxer himself and falling from the limelight—adding an unexpected complexity to the narrative. Director Darren Aronofsky’s steady fingers draw deeply personal, yet subtle pain from Rourke, flooding the screen with genuine emotion and one of the best performances in over a decade. Marisa Tomei and Evan Rachel Wood also provide excellent supporting acts that highlight the tragic, unflinching character flaws of Randy the Ram’s psyche. You root for him despite his continuous narcissistic choices and vicious cycle he thrusts upon himself that leave him loveless and alone, and it ultimately culminates in a beautifully metaphorical ending about our incessant drive for recognition as human beings.

Perhaps one of the most criminally overlooked films of the 2000’s, American Splendor surrounds the real-life story of file clerk by day and underground comic book creator by night: Harvey Pekar. Fictionally portrayed by Paul Giamatti (with real narration and interviews by Pekar himself cut between), the film captures the essence of a working class artist (Pekar) who wants comic books to illustrate the real life he experiences in Cleveland day-to-day, brushing elbows with heavy hitters in the underground comic industry like Robert Crumb along the way. What sets American Splendor apart from typical Hollywood biopics is the absence of gaudiness and grandiose set pieces often breathing within films of more well-known celebrities. There is a noticeable absence of Oscar-baiting, and it suits the story of Harvey Pekar quite brilliantly since he’s an artist, yet always an unapologetically normal guy at heart. The film’s adherence to blunt realism in its storytelling—even having the film itself tiptoeing into the meta with real-life Pekar criticizing the film within itself—grounds the narrative and creates an authentic tone. This authenticity serves as a wonderful companion piece to Pekar’s autobiographical comics that focus on neo-realism rather than spandex-wearing supermen. The leap to make comics about ordinary life not only established Pekar as a visionary for the medium, but also attracted new voices and respect for comics as a non-fiction art form. Harvey is a man who doesn’t need nor want fame, strongly resisting the entertainment industry machine that sees him as the butt of a joke, and instead sticks to his roots despite offers to sell out. The film is in sync with his principles. 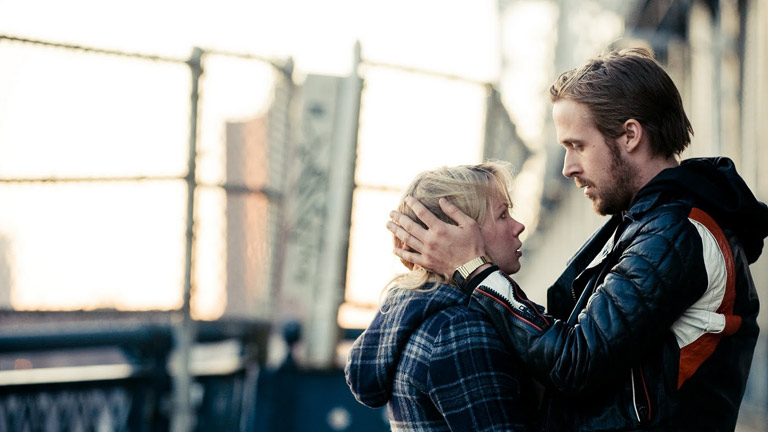 Dean (Ryan Gosling) strums the strings of his ukulele to the pitter patter of Cindy’s (Michelle Williams) tap-dancing feet, singing “You Always Hurt the Ones You Love” by The Mills Brothers , frolicking among the hustle of New York City as they fall for each other. However, Blue Valentine is not a love story: it’s about the surrender of one’s heart to another and the emotional descent once we lose grasp of love. It is one of the most truthful, tragic depictions of a relationship crumbling and arguably features the best performance by Gosling to date, perfectly capturing a man who gives up his life for someone else and attempts to salvage the irreparable cracks within his relationship. The explicit realism carved into each frame, juxtaposing the couple falling in and out of love, and it’s deeply personal narrative smothers you with a constant sense of underlying dread, eventually leaving you to drown in uncertainty and hopelessness about the nature of love and marriage. The loss and desperation one feels clinging to unrequited love is perfectly illustrated through Gosling’s and Williams’ dialogue, painting heartbreak from both perspectives and the film rewards multiple viewings—often meaning something starkly different depending on the mindset you bring to it. Never for the faint of heart, always interesting, and an imperative viewing for those of us who embrace all facets of love, including the brooding darkness it may lead us to.

A nonsensical title, a soundtrack dripping with 70’s coolness and quite possibly the strongest debut feature film of any American filmmaker, Reservoir Dogs single-handedly launched Quentin Tarantino’s visionary career and shook the branches of American independent filmmaking forever. Surrounding the aftermath of a botched diamond heist, robbers adorned in black suits and ties must sniff out who ratted them to the police, escaping to a hideout of an abandoned warehouse. The film works like a stage play in its structure, most of it taking place in one room with brief flashbacks to the past showing how they landed in such dire circumstances, allowing it to revel in its small budget and perfect screenplay possessing dialogue that is concise, realistic and darkly funny. Often imitated but never equaled (except maybe in Tarantino’s other films) the surviving thieves, nicknamed after colors to preserve their real-life identity, Mr. White, Mr. Pink and a severely wounded Mr. Orange question each other’s loyalty as the clock ticks and paranoia swells. Performances given by Harvey Keitel, newcomer-at-the-time Steve Buscemi and Tim Roth create a tension that billows, and the sadistic Mr. Blonde played by Michael Madsen is a psychopath so cool you can’t help but love him. Despite being Tarantino’s first feature film, every scene is threaded precisely and equal to a master filmmaker, yet he makes it look so effortless that it transcends belief. The film continues to influence and inspire. And, it must be said that the ear torture scene still makes me cringe. It never fails to profoundly entertain no matter how many times I watch it.

A celebration of noir, grindhouse cinema, heist movies and pulp that points a finger in the face of pretention and earns its medal as one of America’s best films.

Keep an eye out for a Short Film, STUTTERER that is changing the entire cinematic landscape of shorts, storytelling, and our uncanny ability to dismiss the things we think we understand. A brilliant film by Benjamin Cleary, this is not one anyone should miss. It will forever change the way you think of short filmmaking. 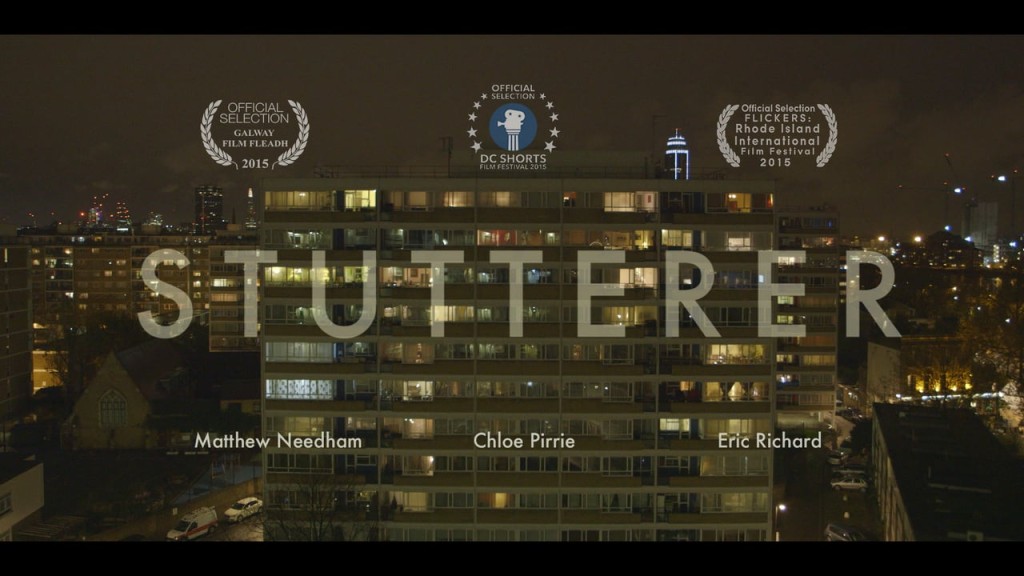