It’s no secret that The Hunger Games series have changed the way we view survivalists.  With our hearts endeared by the introduction to Katniss and Primrose Everdeen, Peeta Mellark and an entourage of characters from those running the Capitol to those staging a revolution, audiences everywhere fell hard for the films. Invested in the concept that the possibility of humans hunting each other for sport is too tragic to believe, fans are thrust into a world where all we want to do is see Katniss and Peeta overthrow the existing political uprising. Over the years of all 4 films, the world has watched with anticipation with every screening, each story told, and inevitably mourned the release of the final film, Mockingjay: Part 2.

(Because if we’re being honest, we could watch four more.)

Recently released on DVD and BluRay, fans can finally watch all 4 movies in the comfort of their own homes and that means, an onslaught of new fans and the devotion of existing ones. With so much passion for these movies, it’s no wonder Lionsgate Entertainment created an art exhibition commemorating the iconic fashion of every character from Katniss and Peeta to Cinna and Effie, with the original wardrobe and sets used to create this world we’ve all subscribed to. Flown to the West Coast exhibition (the 2nd city of this tour), I traveled from Los Angeles to San Francisco to meet Willow Shields and Elden Henson and do a preview of the exhibit itself. 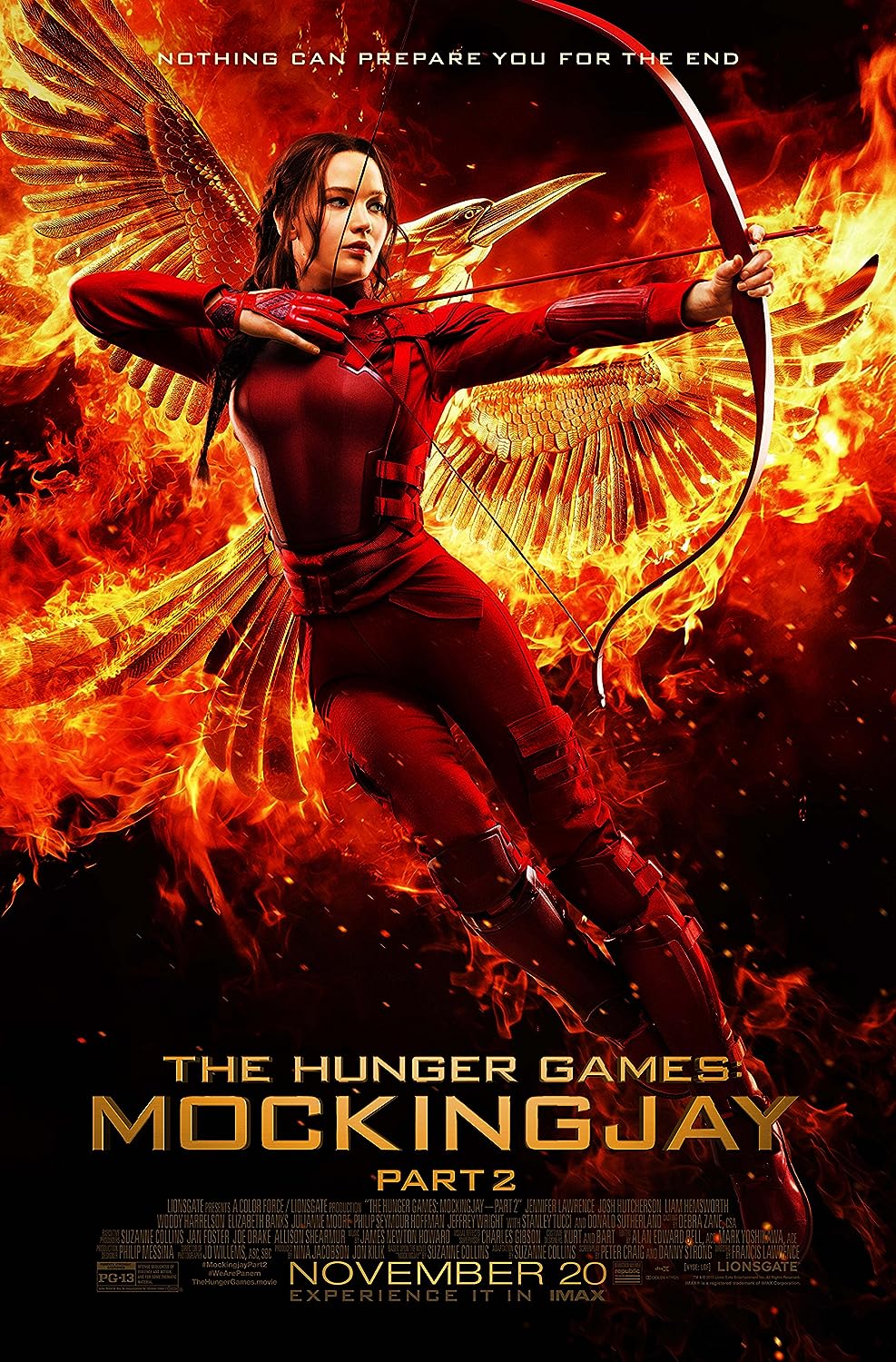 Upon arrival, the location is simply stunning. The Palace of Fine Arts rests on the bay of San Francisco with larger-than-life pillars and intricate carved worlds that remind me a bit of Rivendell in LOTR; Rich, deep colors of red clay and a sense of some place you’ve seen before in your dreams. As we enter, we are greeted with the Mockingjay symbol hanging proudly above the entrance to the immersive, experiential exhibit.

You are lulled by the voice of Effie played by Elizabeth Banks, inviting you in, reminding you that in this fictional world, there is a sentiment that extends far beyond the films: we are all in the wake of a strange, new world and while wars are waged and social and political issues still infiltrate our daily lives, there is a sense of beauty in the sheer fact that we are all part of humanity and we are all connected.

As you enter, nothing is wasted. Every lighting fixture is placed strategically to lend to the movement throughout the exhibition beginning with where it all began in District 12. In Primm and Katniss’ world, rich details of set design are assembled to create the sense of poverty and hope that drew us in. There is so much attention to detail, we even see the pin that held Primm’s oversized shirt in place in the original Hunger Games. With glimpses of the spectacular wardrobe and ornate specifics from every thread to every encased piece of metal, this is a poetic and thoughtful homage to the Series itself.

Throughout the exhibition, you are encouraged to interact with the digital screens, find out which District you’d belong to, sit down as a mock guest on Caesar’s show, create scenes from the movie with you in it (that’s where the cover photo comes from!), talk through the dining cars, enthrall yourself in the exquisite wardrobe of every major cast member, and experience the world as Katniss and Peeta may have.

After making our way through the exhibition, we are invited to grab a bite inspired by the films and then prepare for a round table discussion with Willow and Elden. 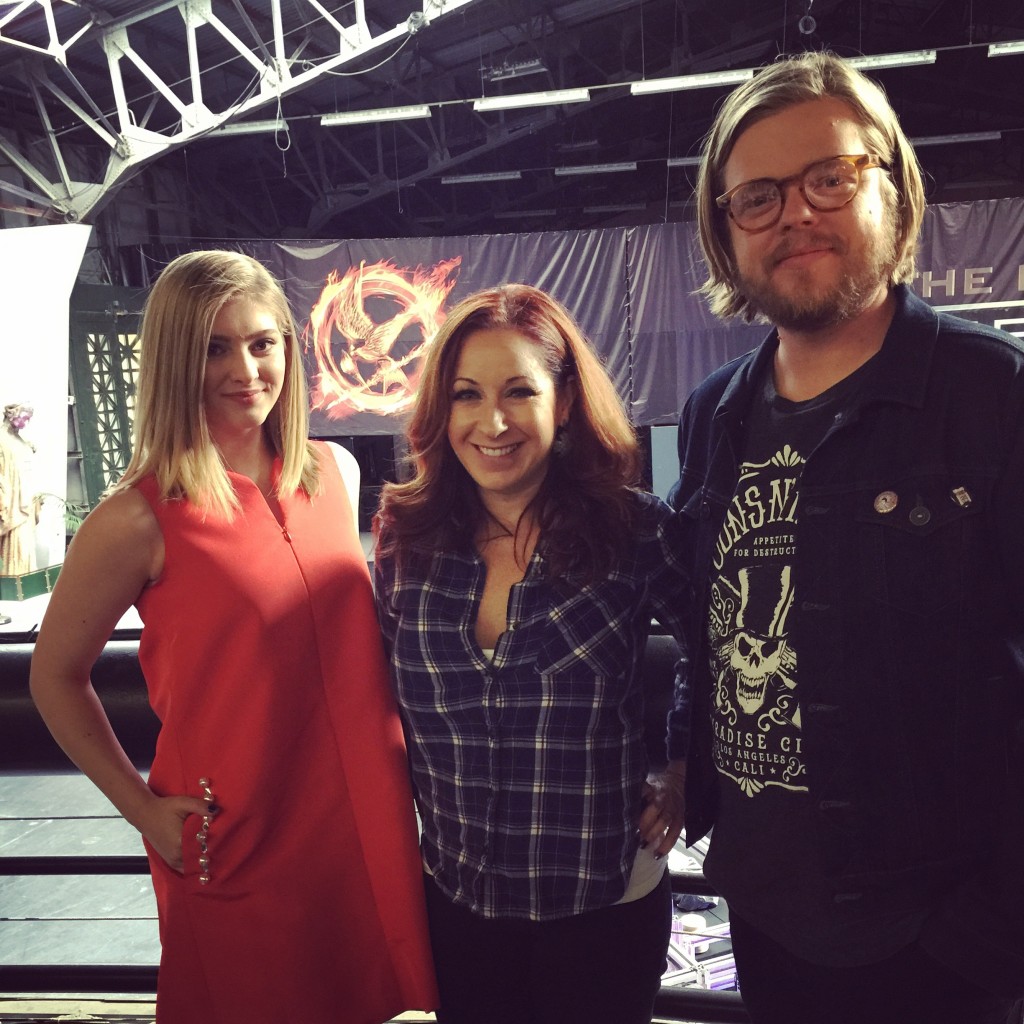 Our Round Table Discussion

DG {ATOD}: Thanks for letting us come here. From a story standpoint, as an actor, was it fun to just be able to commit to these roles for so many years and then now, how you make the transition into other roles?

Elden: Willow’s been working on these movies for a long time.

Willow: It’s a very interesting series to be a part of and as an actor, it’s really a dream role. First of all you have the books to base it off of which basically means you have your homework already done for you. You get to read the books and the rest is up to you but at least you have something to base it off of. It’s really fun. For me, Primm has such an arc in the series which is really exciting because each film she gets older and I got older with her and each film she has this newfound character trait that maybe people didn’t expect from her and in the end she’s kind of there for Katniss and is a lot stronger than when she started. So for me, it was a real pleasure to play that kind of character.

Elden: It was an interesting thing for me because I found out the job and it was a couple of days later, that I was in Atlanta to shoot. I just honestly couldn’t believe that I got the job! I mean they were already so big and had such a huge following, just felt lucky to be a part of it. I think I just wanted to not mess it up. Being that I played a character that was an A-box that had his tongue removed, it was actually one of the more rewarding experiences of my career. Just to do something I had never done before and figure out how to convey emotion without any dialogue. It’s actually funny because I went to a TV Show directly after and I went from not speaking to talking a lot. I just remember some days I thought, “Man I wish I was back on Hunger Games! All this dialogue I gotta memorize!” I just felt really lucky to be a part of it.

On working with Francis: Elden discusses working with Francis Lawrence and how excited he was to work with Jennifer Lawrence. Talked about how much fun Wes and he had on set and that they bonded right away. He talks about how the Director, Francis was someone to learn from and even listened to an idea Elden and Wes had for a scene and then made it happen. (Apparently Francis listens to music while he’s preparing to film scenes and Elden got to listen to the music to see how the scene may look to Francis and his mind was blown!).

“The conversation felt like a pivotal piece for Primm”, said Willow.

Elden loved that his first scene was where Jenn was singing.

Elden continues, “Jenn was very nervous singing, didn’t think she sounded good and of course she sounded great! No matter where you are in your career, you still get nervous before shooting.”

Willow goes on to mention that she admires Jennifer Lawrence.

“Jenn has paved an amazing path for young women in Hollywood. She, much like Katniss, is empowering.”

DG {ATOD}:  Because there are a lot of political and social statements throughout the film about the world, did it change your perspective on how you see the world, especially from a female point of view?

Willow: Yeah. [On the film and role itself] It definitely did. Especially with the perspective and excitement of seeing Jenn [as an actress playing that role and also seeing Katniss as a role]. I was very excited by that because it really created something. I think for me, personally, teenagers have taken a lot away from this in the fact that The Hunger Games Series has been an outlet for them. They’ve been able to discuss and it’s brought up a lot of opinions in young people, which I think is really important. That’s one of the big things I’ve noticed is that it’s brought out a confidence to really talk about things.

Elden: For me, I was sort of struck by the idea that in our society nowadays, that there is such a gap between the rich and the poor and it’s getting wider and wider. This movie certainly touches on that and I think that the thing that was inspiring to me was just that it makes you remember that everyone really does have a voice no matter who it is or what your age or gender. Everyone does have a voice. If you care enough and you put your heart into something, you actually can change things.

The Exhibition is thoughtful, beautiful, story rich and wonderfully executed. I highly recommend taking a trip to San Francisco to see it. The exhibition will run through September 2016.

You can purchase tickets to the Hunger Games Exhibition here:

A huge thank you to Willow Shields and Edlen Henson for your time, Kerry Phelan of Lionsgate who so graciously invited us out and to the team at ThinkJam for putting this together.

Dishin’ With Dawn – On The Grill: Under the direction of Grill Master, Jeff “Carter” and the assistance of Louie Cito, we were given a morning of instruction and …