Lee Aronson is an Emmy nominated writer who has written some of TV’s most watched shows: The Big Bang Theory, Two and a Half Men (which he co-created with Chuck Lorre and admittedly, I was never a huge fan of), the Love Boat, Charles in Charge and a slew of other projects he’s written, created, produced or directed over the span of his career. Imagine what else he’s going to do!

I had a rare opportunity to chat with Lee and ask a few questions while we moved through the red carpet line at a charity event. In five short minutes, we talked about life, passion, the industry, writing, producing and most importantly, living in the present. The man is nothing short of talented and his candid take on his career, his desire to continue to create quality content and his willingness to take it all in stride is purely admirable. For anyone who has watched it, “The Big Bang Theory” is one of the most highly intelligible shows on TV and like many, I’m among those grateful its wit hasn’t gotten lost in the land of the network graveyard. Below is our interview and while brief, it’s his final statement that makes me look up to him as a writer, filmmaker and human being surviving the ways of the entertainment biz.

So tell me, when you were growing up watching TV for the first time, what was the most influential moment as a viewer that contributed to your passion to do what you do now?

It was the Dick Van Dyke Show, no question. It really was the best sitcom ever written.

In that same vein, do you ever try to apply any of that to your own shows?

Carl Reiner is such a brilliant writer. He wrote the first whole season of the Dick Van Dyke Show and it’s the way he handled character and comedy, well, it is something I’ve tried to emulate. I’m nowhere near as good as he is but I always think about it and ask, “how would the Dick Van Dyke Show handle this particular situation?”

Of all you’ve done, what would you say your passion project has been?

The things I’ve had the most passion for are the things that never lasted very long. I had a show called Life … and Stuff that lasted for 4 episodes that I created. I’m still very proud of that but nobody saw it.

I never understood that. Seems like Networks are so much harsher in terms of canceling shows. So eager for the immediacy of return. I think there is so much focus on instant gratification rather than giving a show or series time to work itself out. What are your thoughts?

Ya know, I think they’ve always been that way. It just depends on so many things. What the network has to replace it with, what’s relative. I think you have to go into it knowing anything can happen.

Is there talk of writing any film in your future?

I’m not as passionate about feature film. I love doing TV. I’m looking to do more of something I haven’t done. I really want to try my hand at theatre and short films, and I really enjoy teaching.

My favorite showbiz book is by William Goldman, who is a screenwriter, in a book called, “Adventures of the Screen Trade”. He’s often quoted as saying “Nobody knows anything”. I have found that to be true.

Anything else you’d want to add?

I will say since I have been up and down in this business. I’ve been broke, I’ve been very comfortable, I’ve been hired, I’ve been fired, I’ve had shows succeed and shows get canceled right out from under them. That I think you cannot manage to be happy with what you have and where you are now, you never will be no matter how successful you get. 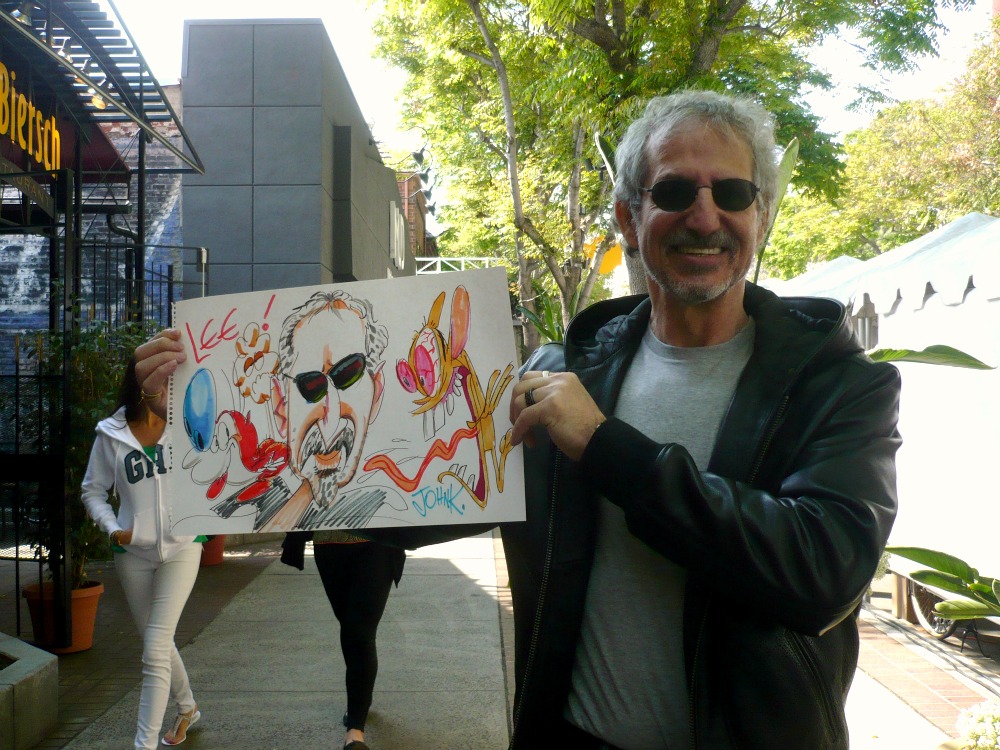 “When I was your age, television was called books.”
— William Goldman (The Princess Bride )

5 Cookbooks To Check Out