A Film Unraveling the Art of Deception

Ballerina Dominika Egorova is recruited to 'Sparrow School' a Russian intelligence service where she is forced to use her body as a weapon. But her first mission, targeting a CIA agent, threatens to unravel the security of both nations.

As Jennifer Lawrence’s career has catapulted into major stardom, I’m an avid fan of her films. There are a great many reasons I find her endearing but among them is her uncanny ability to choose really complex characters and give them a stoicism or charm or vulnerability no one else can give to the role. So when it came time to head to the 20th Century Fox studio lot for a screening of her latest film, Red Sparrow, I was really looking forward to it. 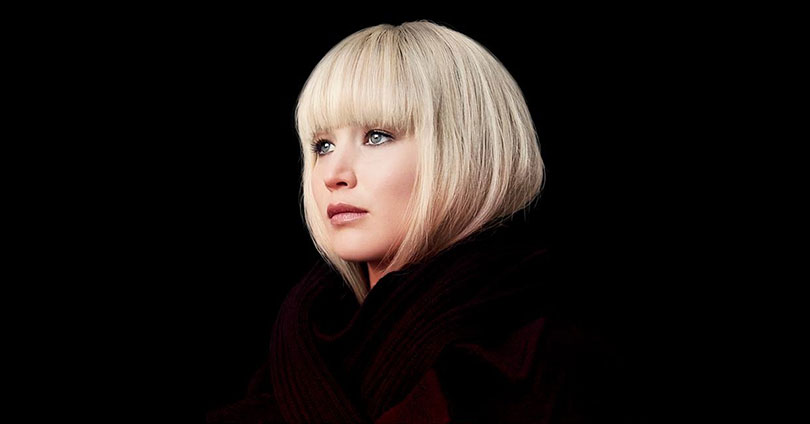 Based on a book by ex-CIA agent Jason Matthews, Jennifer Lawrence plays Dominika Egorova, a once thriving Russian ballerina with a bad temper who has a tragic accident. After a painful surgery and the urging of her uncle, she is then recruited by the Russian government. During her recovery, the ballet company stopped paying her rent and covering the medical care for her ailing mother, Nina Egorova (played beautifully by Joely Richardson). Dire to save her mother, she is left with two choices: Die or serve her country by becoming a Sparrow. Having no choice but join the ranks of a rather haunting espionage training facility, the decision to become a Sparrow wins out.

What is the Sparrow School? During the cold war, these schools took young men and women in Russia and trained them to be agents of espionage. This film explores the sexual abuse and emotional manipulation of these students but then takes you on a journey of deception, political unraveling, the brutality of the Sparrows, and how far one will go to pull off the ultimate political deception.

Working alongside – or against – the United States and Russia, Dominika teams up with CIA Agent Nate Nash (Joel Edgerton) and her Uncle, Russian Intelligence Agent Vanya Ergorov (Matthias Schoenaerts) to play each side against the other. While loyalties lie with the Russian government, Egorova uses her ability to think one step ahead of everyone else to unravel secrets, unleash her inner violence, and do everything she can to save her mom.

In a world where deception and manipulation were the catalyst for gaining intel that could topple the enemy and give a nation an advantage, this film toggles between Russia and The United States and the true art of practiced espionage. Lawrence’s portrayal of Dominika as cold, torn, and damaged was well executed but I was most impressed with her accent! She nailed the subtleties including the way her mouth formed when she spoke Russian. She stayed true to the isolated character with emotional restraint but it was a difficult film to watch because of the sexual brutality scenes. This film isn’t one that emits warm and fuzzies but it does leave you feeling aware of how far governments will go to get what they want.

As for the Russian Sparrow program, it has proven to give Russian intelligence a huge advantage over the west and while they claim the schools are no longer, they are rumored to still exist.