Once upon a time a man with an unending imagination created a world that would forever change our lives. That man is Walt Disney. In 1955, Walt Disney opened a theme park that would be like nothing the world had ever seen; a place where children were free to dream and feed their imagination, and a place where adults could finally set their inner child free. With the continued success of that one dream, Disney then went on to take that belief of freeing the youthful spirit within us all by creating a second amusement park based on his world travels and love for other cultures. That theme park was Epcot and in 1982, the world fell in love with yet another one of Disney’s artful renderings. I was fortunate to visit Epcot in its first decade of being introduced.

As a young girl, my parents took my sister and I to Orlando for a family vacation. Treated to an incredible experience at Disneyworld, it was the moment we headed into Epcot that my life was forever changed. Epcot left an indelible mark on me. Traveling the world as a young kid wasn’t quite on the menu for our family budget, but Walt Disney—in his genius, realized there was a way to bring the world to children. I was among those kids who got to experience world travel in one central location thanks to Disney, and it forever changed the way I would see travel.

Comprised of regions, countries, and historic landmarks around the world, Epcot is where the young mind—and the mature mind—can come to play and experience the beauty of cultures outside of our own. Featuring all seven continents, guests are treated to a fully immersive glimpse into the many cultures and beauties this massively wonderful world has to offer. Wide-eyed as a teenager, I still remember traveling to China, Mexico, and Germany all in the span of an hour, hearing each of the respective languages spoken, and getting a chance to experience the food and the art that is unique to each country. Thankfully, that approach to exposing the global community the Disney way hasn’t changed.

This month, I had the wonderful opportunity to visit Epcot Center again, some decades later. What I found was the same nostalgia that initially fed my desire to see as much of the world as possible. As you enter in through the main gates, you are immediately greeted with markers of the world. Large, concrete slates stamped with names of visitors from all walks of life begin what will be a thoughtful approach to expanding ones mind. Through topiary gardens, attractions, and gorgeous displays of the countries that make up this marvelous world, Epcot is a must-see.

Much like CARS at California Adventure, Test Track is one of the most fun speedway rides around. While waiting in line (and I recommend opting for the single rider to save time), you will choose a virtual car with all its bells and whistles from speed to its green-friendly attributes. Throughout the line, there are various car stations to check out the vehicle you chose, and as you approach your lane and it’s time to race? You’ll be taken on a test track that will test your car’s environmentalism, its efficiency, its all-weather capabilities, and finally? Its speed. While at first it seems a little slow, hold on to your hats (really) because you are about to launch into a super fast, NASCAR-worthy speed track! It’s an exciting ride that lasts about two minutes. Afterwards, you’ll be able to test the miniature version of your car on a to-scale model race track. 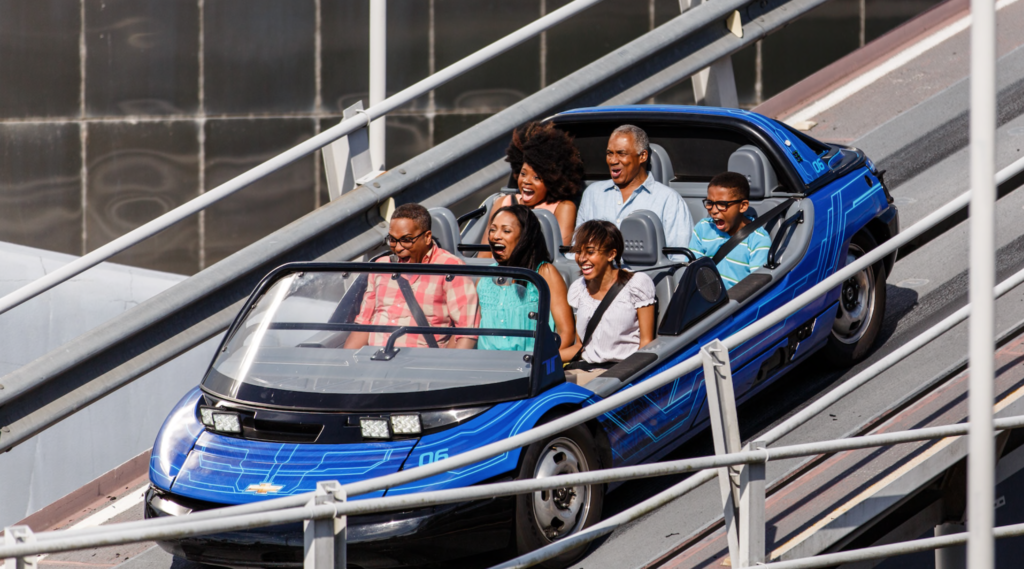 The zodiac garden, the gorgeous intricacies outside and inside the building, the rich tones of reds and gold make this representation of China a must. Inside the temple, you’ll be taken on a virtual tour from the Haungpu River to Shanghai led by Tang Dynasty poet Li Bai. The details are exquisite. 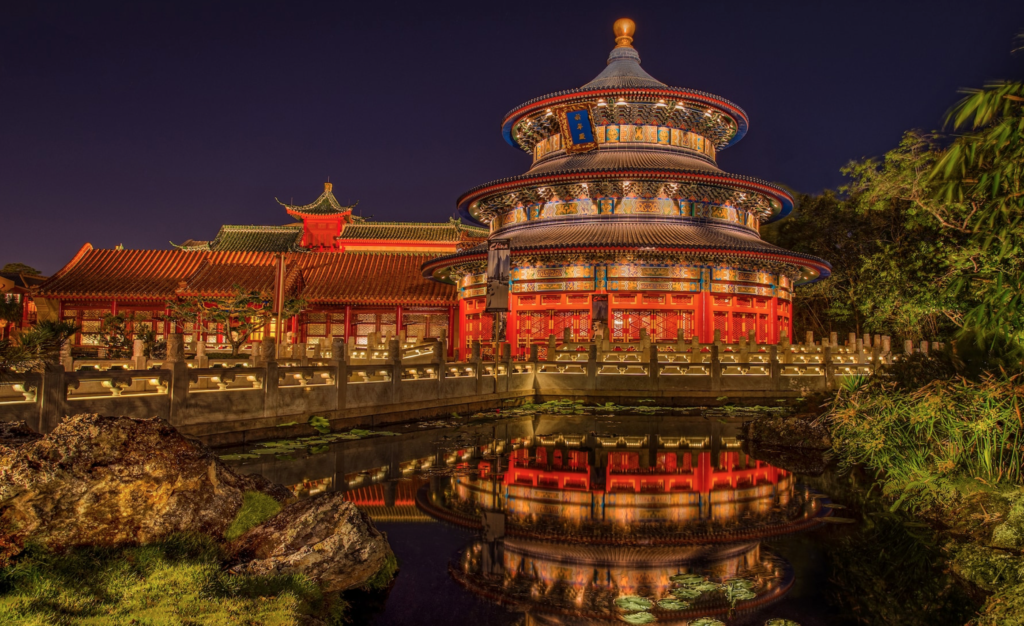 When you travel to Mexico in Epcot, you are introduced to the world of Coco and the famous pyramids that span the country. All of the magic and spiritual connection to the arts and those we’ve lost is immortalized in sugar skulls, folk art, and scenes from the film. There are also two artisans on site hand painting Mexican spirit animals in honor of their theme, “Remember Me”. For the grownups, they have two incredible taquerias and restaurants that serve tequila and Mezcal cocktails. As a woman with Mexican heritage, this was truly well done.

In France you’ll find baguettes, the Eiffel Tower, art, and of course wine. Here you will also take a virtual tour of the nation from the sprawling Loire Valley known for its versatile wines, you’ll see castles and estates that have a royal feel (lending to the many Disney Princesses), and you will be given a glimpse of landmarks including Versailles’ Hall of Mirrors and of course the notorious city of Normandy.

In Italy, the most surprising element of Italian joy came by way of the wine and snack cart. The young man and woman working at the cart spoke so eloquently and kindly, both were from different regions of Italy, and they made that visit truly wonderful. Inside the Italian wine bar and restaurant, a group of us went inside and had gorgeous Italian red varietals and for a while, it seemed we may be in the Italian countryside at a local bar.

Another must see while it’s available are the lush, transformative gardens, the International Flower & Garden Festival with topiaries, gardens and exhibits throughout the park. (See gallery below)

Epcot may have awoken the travel bug within me, but as a mother I can say the experience holds true to the memories once created when I was a child, and I have seen that same travel curiosity come alive in my daughter. She loves Walt Disney World and Epcot Center, and that’s the best a mom can ask for (and we live in California where Disneyland is readily accessible—she still loves Orlando!). A grand thank you to the staff at Disney’s Epcot Center from will call to those working inside. As per all things Disney, every single person I came across was not only lovely and polite, but full of information and a willingness to share stories about where they come from. That’s a beauty only Walt Disney could ignite.