Revry celebrates Easter and Oscar season with an entire April calendar highlighting incredible Queer content made by and for the community including multi-award winning festival favorites God’s Own Countryand TransMilitary.

Revry kicks off April Fools with it’s hysterically charming, absurdist, original game show, Versus, hosted by RuPaul’s Drag Race icon, Deven Green, where instincts and fun override smarts and knowledge. As Jesus rises on Easter, step into conversations about religion and sexuality with films like Mercy’s Girl, Hell or High Water, Deviant … or the powerful documentary Call Me Troy, about the first gay Reverand who started the queer friendly Metropolitian Community Church, now, with over 200 congregations.

Throughout the month, Revry will continue to celebrate special holidays including the World Premiere of the dark comedy series Pet Peeves on National Pet Day (4/11) about pet psychic and ex-con Milton Michaels; the mockumentary comedy series Dope State on 4/20; Denial, a documentary about electricity, identity, family on Earth Day (4/22); for Perfect Date Day the comedy Sweater on 4/25; and on Lesbian Visibility Day 4/26, the appropriate I Lesb You.

Also this month, a week before the Oscars is the annual star-studded Dorians Film Toast, the official GALECA (The Society of LGBTQ Entertainment Critics) awards show highlights the best films and performances of the year. And starting on April 20th, Revry will launch its first weekly news show, Culture Q starting every Thursday.

The full calendar of events is below, including hyperlinks on titles available to watch immediately. 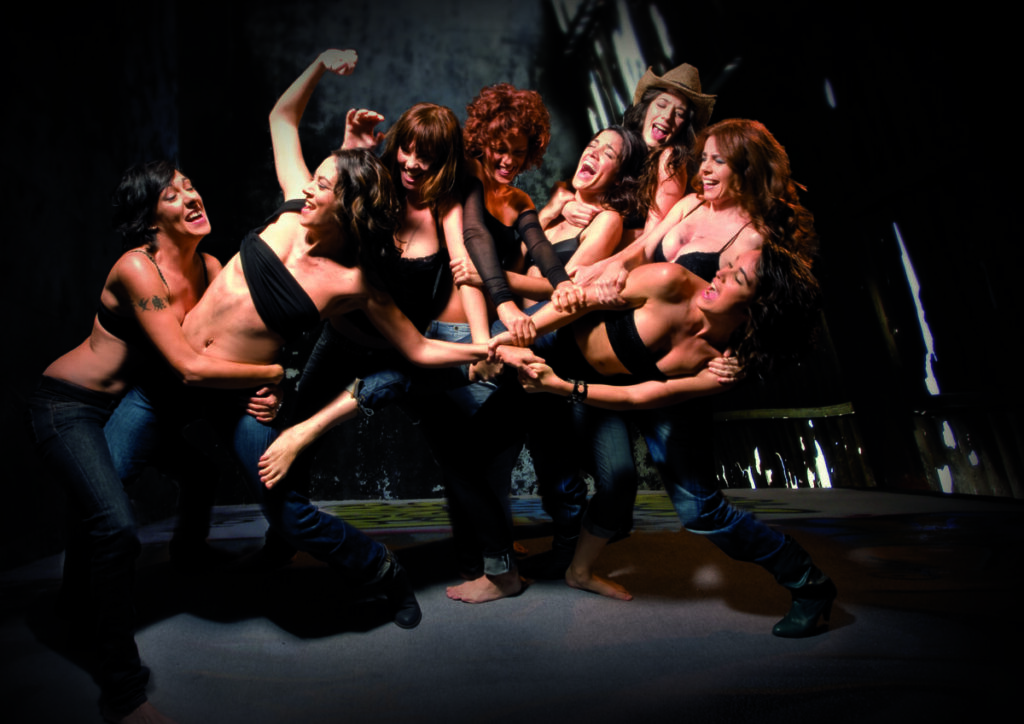 Boys Town (s1) – BoysTown is a modern day gay episodic drama about friendship, sex and relationships, exploring the everyday lives of seven friends and lovers. In a cross between a gay Desperate Housewives and Sex in the City, the guys are always getting themselves into messes they can’t get out of.

Versus (s1) – From Ru Paul’s Drag Race icon Deven Green and musician Ned Douglas, VERSUS pits contestants against each other in six rapid-fire challenges that will test their trivia skills, memory, and even knowledge of their own social media. Each episode features a new set of mini-games that no-one can prepare for!

Chica Busca Chica (OML on Revry) – This hot and hilarious lesbian soap opera takes you on a wild ride through the mixed up love lives of a group of sexy Madrid lesbians including the unbelievably gorgeous Spanish TV star Celia Freijeiro. Think: The L Word meets Almodovar.
Haunters – Iggy is a jerk who takes pleasure in other people’s pain and embarrassment. But when Iggy suddenly dies and is sent to her version of purgatory – she gets a taste of her own medicine.

Mercy’s Girl – Mercy lives a double life. In one she is dating a sexual and loving college student named Jesse. In the other she is living by her family’s religious standards. As her two world’s begin to collide she must find her identity in both.

Chance – Trevor’s life has become a void, following the passing of his wife and long term companion, Doris. Days run into weeks, as Trevor slowly finds himself isolated and alone, and unconcernedly slipping towards death. A chance encounter in the park with a mysterious stranger equally troubled by his own dark past jarringly reawakens him, and forces both men to once again start to live.

Call Me Troy – Call Me Troy is a truly inspirational story about a remarkable and dynamic individual whose activism was decades ahead of its time. Rev. Perry is perhaps best known as the founder of the Metropolitan Community Church – the first church to recognize the spiritual needs of the gay community – but his “firsts” don’t stop there. In 1969, Perry performed the first public same-sex wedding in the U.S. setting the stage for a lifetime of activism of behalf of the LGBT+ community.

Deviant – In the early sixties, a sexually conflicted teenager finds faith and acceptance after escaping the tortures of electrotherapeutic conversion therapy.

Room to Grow – Room to Grow is a Revry Original film which chronicles the lives of LGBTQ+ youth and their families across North America, offering a raw, intimate glimpse into their daily lives as they endeavor to find their identity and a place in their communities.

Hell or High Water – Hell or High Water is a short film that tells the story of a young pastor loved and adored by the people around him. Things change for him when he must confront a hidden truth about himself, a truth that could make or break him psychologically. But, whatever decision he makes, he is still going to crash and burn, for life as he once knew it would never be the same again. The story explores the reality of sexuality amidst spirituality, exorcism, blackmail, and family life. ”Hell or High Water” challenges stereotypical narratives about sexuality. 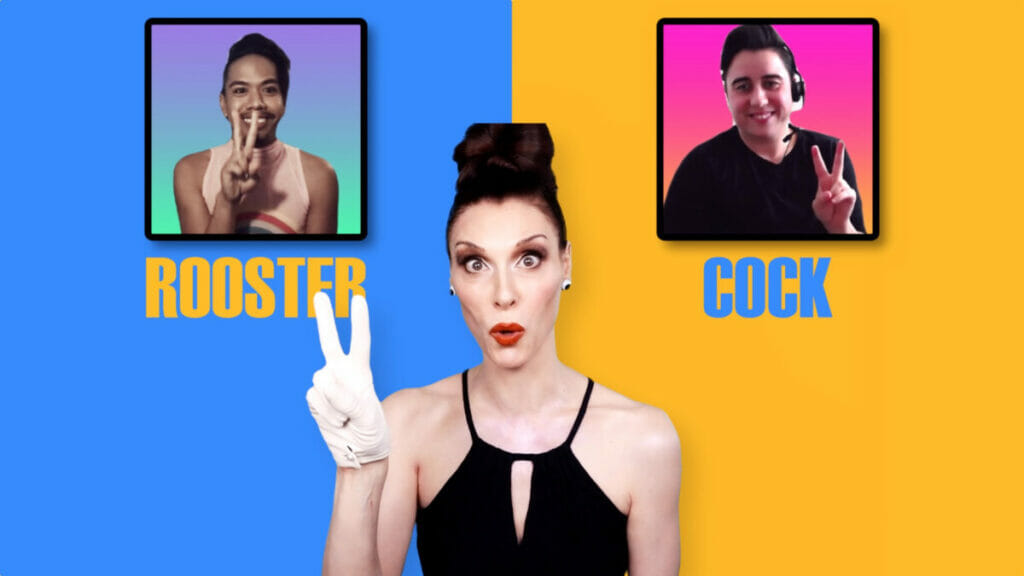 Indiana Queen (Music Videos for “Walk with Strength”, “I Don’t Know What To Do”) – Fronted by Kevin James Thornton, Indiana Queen is a queer-folk band blazing a new path in a traditionally conservative genre.

Faultlines – (Music Videos for Rain, Wooden Bridges, If You Only Knew, Starting at the Finish Line) – Faultlines, an acoustic folk-pop group known for their three-part harmonies that warm like the California sun and lyrics that speak to the gritty, universal interhuman experience.

Queens & Cowboys – Roping and riding across North America, the International Gay Rodeo Association’s courageous cowboys and cowgirls brave challenges both in and out of the arena on their quest to qualify for the World Finals. Along the way, they’ll bust every stereotype in the book.

Paisley Fields (Music Videos for “How Low”, “She’s No Angel”, “Not Gonna Be Friends”, “Windows Fogged Up In Your Pickup Truck”) 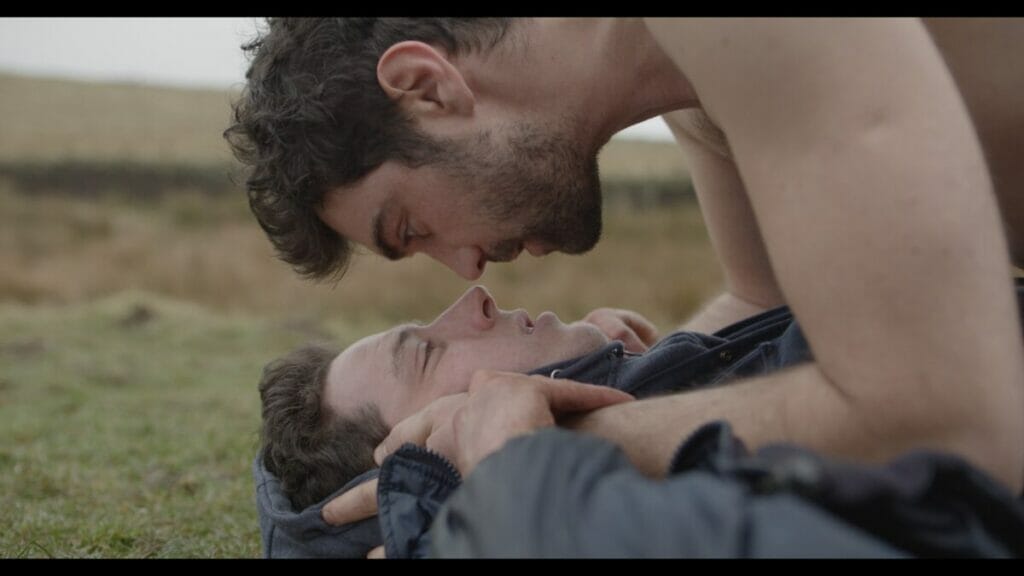 Twenty (OML on Revry) – Twenty follows the story of Maya, her girlfriend Catalina, and her group of eclectic friends as they navigate careers, love, and life in their early twenties.

Beer, Beer – “Beer! Beer!” is an “anti-romantic comedy” set in the early morning following a wild party in Berlin. When Tao, a Chinese guy, meets Sebastian, a local German. As they seem to get more and more intimate with each other, suddenly a mattress changes everything…

Pet Peeves – After spending 15-years behind bars in a Florida prison, Milton Michaels (Jonah Blechman from “Another Gay Movie”) moves in with his sister in California to restart his pet psychic career. While there Milton reconnects with his childhood dog, as he discovers the urn containing his ashes. But Milton is torn from the beloved ashes when his childhood tormentor, Candice, comes to visit. Candice tricks Milton into a dog-napping scheme that could jeopardize his freedom, just as he starts to connect the dots in his love life. Watch the trailer.

Dope State – Dope State is a mocku-comedy that chronicles a modern day gold rush, a civil rights movement and, potentially, the end of a prohibition. From stoner celebrities to politicians and corrupt cops, a marijuana journalist documents the daily life of producers, distributors, and consumers in the California weed industry.. From the mind of comedic tour-de-force Gabriel Sunday (who stars as all of the lead characters), Dope State is a dreamy, absurd love letter to pot culture.

Denial – DENIAL is a documentary about electricity, identity, family, and the many ways we lie to ourselves when faced with overwhelming facts. It is the story of a family coming to terms with complex personal truths against the backdrop of a global crisis. 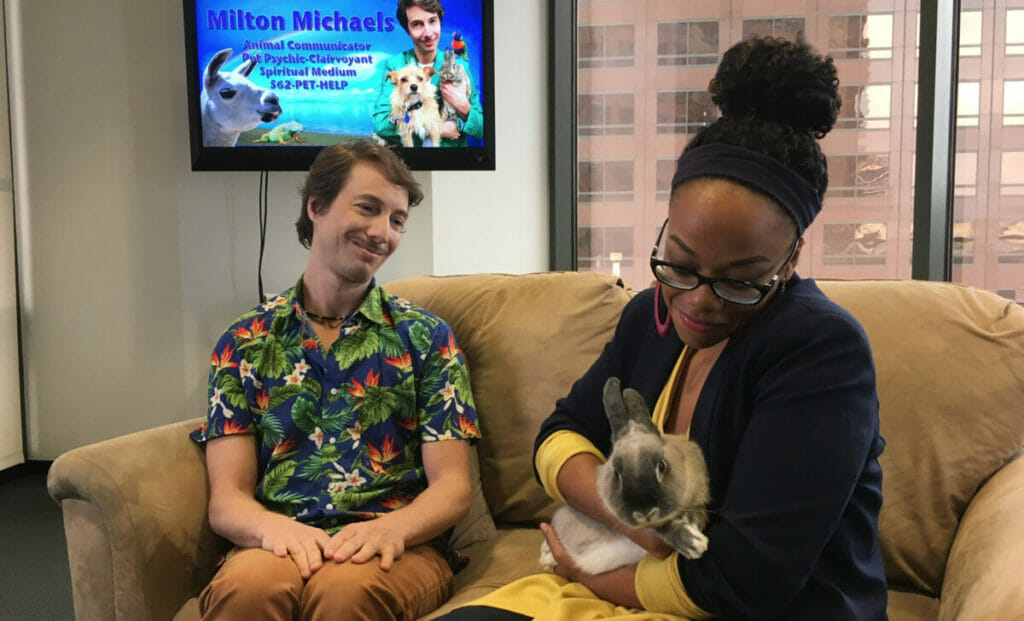 TransMilitary – TransMilitary chronicles the lives of four individuals (Senior Airman Logan Ireland, Corporal Laila Villanueva, Captain Jennifer Peace and First Lieutenant El Cook) defending their country’s freedom while fighting for their own. They put their careers and their families’ livelihoods on the line by coming out as transgender to top brass officials in the Pentagon in hopes of attaining the equal right to serve. The ban was lifted in 2016, but with President Trump trying to reinstate it, their futures hang in the balance again.

Sweater – Corey’s day couldn’t be worse. Then he gets a free coffee.
God’s Own Country – In Yorkshire a young unhappy farmer is living with his grandmother and sickly father. He numbs his frustrations with drinking and casual sex until a Romanian migrant worker sets him on a new path.
Monday April 26, 2021 (Lesbian Visibility Day)

I Lesb You – Alcohol, music, and one wild night take control of 4 parallel stories in a lesbian bar in Santiago de Chile.
The Night Is Ours – Tomboy Morgan is shattered by the sudden death of her best friend Olivia. But when Olivia mysteriously comes back to life, the two go on a final road trip that takes them beyond friendship into a special place that Morgan learns can’t go on forever.

Suicide Kale – While having lunch with another couple, new couple Jasmine and Penny stumble upon an anonymous suicide note and proceed to work to uncover the identity of the author.

Twists and Turns – going against the grain once you’ve learned how to go with the flow.