Oil and gas companies and lobby groups in Canada are heavily investing in campaigns to present themselves as defenders of Indigenous interests in the face of high-profile protests against a controversial natural gas pipeline on First Nation land, a new investigation by Eco-Bot.Net and the Guardian has found.

“I’m being a steward to my land and I’m being a defender,” read one of 21 ads targeting British Columbia in November 2021, quoting a Coastal GasLink worker from Nak’azdli Whut’en’ First Nation.

As the ad conveying Indigenous support for the pipeline appeared on the Facebook and Instagram feeds of people in the Canadian province, 30 Wet’suwet’en Nation members and supporters were being violently evicted from their territory along the pipeline. Police breached two cabins with an axe, chainsaw, dog unit and snipers aimed at the door.

“The thing I remember most is the dogs … barking and whining, pulling their leashes trying to get at you,” recounts Sleydo’ Molly Wickham, a member of the Gidimt’en Clan of the Wet’suwet’en, who was arrested. A recording the police put out over their radios also left a strong imprint on her memory. “They were playing a horror film audio. You know, where the little child sings, ‘I know where you are, I’m gonna get you, I’m coming for you.’”

The fossil fuel groups spent some C$122,000 (US$95,249) on more than 400 targeted Facebook and Instagram ads over the past two years relating to various oil and gas projects throughout the country.

The ads spiked last November during Indigenous land defense actions on the Coastal GasLink pipeline in British Columbia and solidarity protests across Canada. The vast majority of the ads, which were shown some 21m times in total, were linked to the Coastal GasLink pipeline, the site of intense protest and violent police crackdown in recent years.

Coastal GasLink is one of three multibillion-dollar pipelines facing opposition by some Indigenous and environmental groups in Canada. The construction of the 670km pipeline through unceded Wet’suwet’en territory – land never signed away to the Canadian government – has sparked nationwide protests in recent years. The pipeline has also exacerbated complex divisions within the Wet’suwet’en First Nation, some of whom favor the economic opportunities promised by the project.

Analysis of Facebook advertisements from January 2020 to the present by Eco-Bot.Net, a research project exposing climate crisis misinformation and corporate greenwashing online, has found a steady flow of “Indigenous-washing” ad campaigns from TC Energy, the company behind the pipeline, and associated oil and gas lobby groups. TC Energy accounts for almost three-quarters of the ad spend and impressions investigated. As recently as mid-February, the company ran two such ads – both of which were removed by Facebook for running without a disclaimer that includes information on who paid for the advert.

In October last year, solidarity protests were held in British Columbia and other parts of the country after a Wet’suwet’en hereditary chief was arrestedfor blocking pipeline construction. Over the subsequent five week period, TC Energy and affiliated groups launched dozens of ads which were shown 1.7m times across Canada. Together they paid C$14,000 to Meta, Facebook and Instagram’s parent company. Advertising rose in the days after the chief’s arrest, and then spiked during the enforcement of a court injunction to remove land defenders.

About half of these ads were targeted at British Columbia, with some ads reaching viewers from within a small “estimated audience size”, indicating that ads used Meta’s interest-based micro-targeting tools. It is not possible to determine the precise audiences targeted, but one Indigenous activist interviewed reported being regularly bombarded with the ads.

“There are no better predictors of fossil fuel industry ad spending than political action and media attention, and this data appears to be a case in point.”

Launched during the Cop26 climate talks and founded by artist and disinformation researcher Bill Posters and Massive Attack’s Rob Del Naja, Eco-Bot.Net scrapes databases of social media advertising paid for by some of the world’s most polluting companies.

Eco-Bot.Net defines corporate greenwashing as a tactic used to mislead consumers about the green credentials of a product or service, or about the environmental performance of a company. Some researchers use the term Indigenous-washing to refer to the tactic by high-polluting companies to mislead the public about their relationship to Indigenous peoples and their land.

Working with Meta’s Ad Library, the investigation used keyword searches such as “Indigenous” or “First Nations” in conjunction with “pipeline” or “oil”, to identify Indigenous-washing actors in Canada. Journalists and disinformation researchers, including the two authors of this article, then analyzed all of the ads run by the accounts of these groups in 2020 and 2021.

Using terminology such as land “defender”, “eco-colonialism” and “reconciliation”, the ads employ buzzwords and phrases used in Indigenous rights discourse to portray the oil and gas companies as aligned with Indigenous groups.

“The very fact that they’re pushing [these ads] is like a drowning man getting caught in a swift river. A piece of straw goes by and he wants to grab it, hoping it’ll save him,” said the Wet’suwet’en hereditary chief Na’Moks, who opposes the pipeline.

Last year, Joe Biden revoked a permit for the cross-border Keystone XL pipeline, which is also owned by TC Energy. Indigenous groups and environmentalists had opposed the pipeline for more than decade. TC Energy is seeking $15bn in damages from the US government. 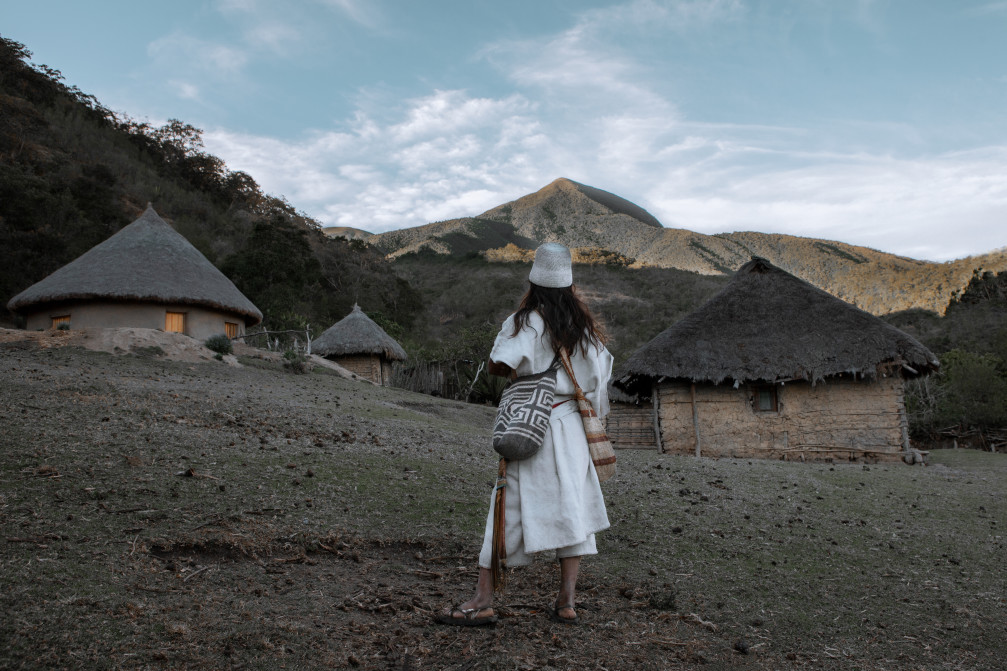 Another spike in the ads found by Eco-Bot.Net went on for almost three months at the start of 2020. The ads were placed amidst nationwide backlash to an injunction barring land defenders from blocking Coastal GasLink construction.

TC Energy and associated lobby groups spent some C$52,000 during this period, resulting in 12m social media impressions in Canada. The ads initially targeted British Columbia but shifted to other parts of the country where solidarity protests were strong, such as Ontario. The end of this spike coincided with declarations of a “state of emergency” across Canada’s provinces, which put a stop to large gatherings in order to mitigate the spread of Covid.

Lobby groups paying for the ads include the Canadian Association of Petroleum Producers (CAPP), which count Coastal GasLink pipeline partners Shell, Petronas Energy and PetroChina as members. Another involved lobby group, the Canadian Energy Centre, is financed by the Government of Alberta’s Technology, Innovation and Emissions Reduction fund, which oil and gas companies, including TC Energy, pay into.

Earlier this month, land defenders filed a submission to the UN Human Rights Council detailing police raids in recent years, which have resulted in the arrests of 74 people. The Guardian revealed that in one of those raids, officers were prepared to use lethal force against land defenders. The UN submission argues that Canada is violating several articles under the UN Declaration on the Rights of Indigenous Peoples.

But the social media adverts tell a different story. “Meet Shirley & Alma, Wet’suwet’en members who see the opportunities Coastal GasLink is bringing to their community,” reads one advert. Another says that land defenders are “disrupting potentially game changing opportunities for Indigenous communities”.

The strategy of elevating the views of Indigenous people who are in favour of the pipeline “pits folks against each other in our communities, driving that divide and conquer tactic that we’ve encountered every step of the way since colonisation,” said Karla Tait, a member of the Gilseyhu Clan of the Wet’suwet’en.

Hereditary chiefs mostly oppose the pipeline, believing that treating natural resources as commodities is fundamentally at odds with Wet’suwet’en responsibilities to the land. But band chiefs and councils – who are democratically elected as part of an administrative structure imposed during colonisation – are generally in favour, saying the pipeline will help lift the Wet’suwet’en Nation from poverty.

Supporters of the hereditary leaders attend a rally in Toronto.Photograph: Chris Helgren/Reuters

Throughout the project, TC Energy has negotiated with the Wet’suwet’en bands for access to the land rather than hereditary chiefs. Facebook adverts suggest broad support from the Wet’suwet’en by only promoting the company’s agreements with the bands. The pipeline, however, cuts across unceded Wet’suwet’en territory and so remains under the jurisdiction of hereditary chiefs, according to a 1997 supreme court ruling, although the judgment allows for “the infringement of aboriginal title”.

In response to a request for comment, TC Energy and CAPP reiterated their support from the band councils, and the Royal Canadian Mounted Police (RCMP) said it had no choice but to enforce the injunction. The Government of British Columbia, the Canadian Energy Centre and the Wet’suwet’en band chiefs and councils contacted by the Guardian did not provide comment.

‘A strong oil and gas sector is key for Indigenous education and prosperity,’ reads an ad paid bought by a Canadian oil and gas lobby group. Photograph: Facebook

Ads like this “appear to reduce local Indigenous communities to a homogeneous, single-minded population, which presumably misrepresents the cultural and political diversities and complexities of this situation”, said Supran.

“We live in communities where there’s very few economic opportunities, and jobs are few and far between. So I don’t begrudge anyone that takes a job with the pipelines,” said Tait, who was arrested during the February 2020 raids along with her mother and aunt.

Leaders like Chief Na’Moks do not see the pipeline build as a viable route to prosperity. “We as hereditary chiefs have to think thousands of years in the future,” he said. “We protect our lands. That’s what we’re doing right now, peacefully. Yet they come at us with guns.”

(This article by The Guardian, is published here as part of the global journalism collaboration Covering Climate Now.) 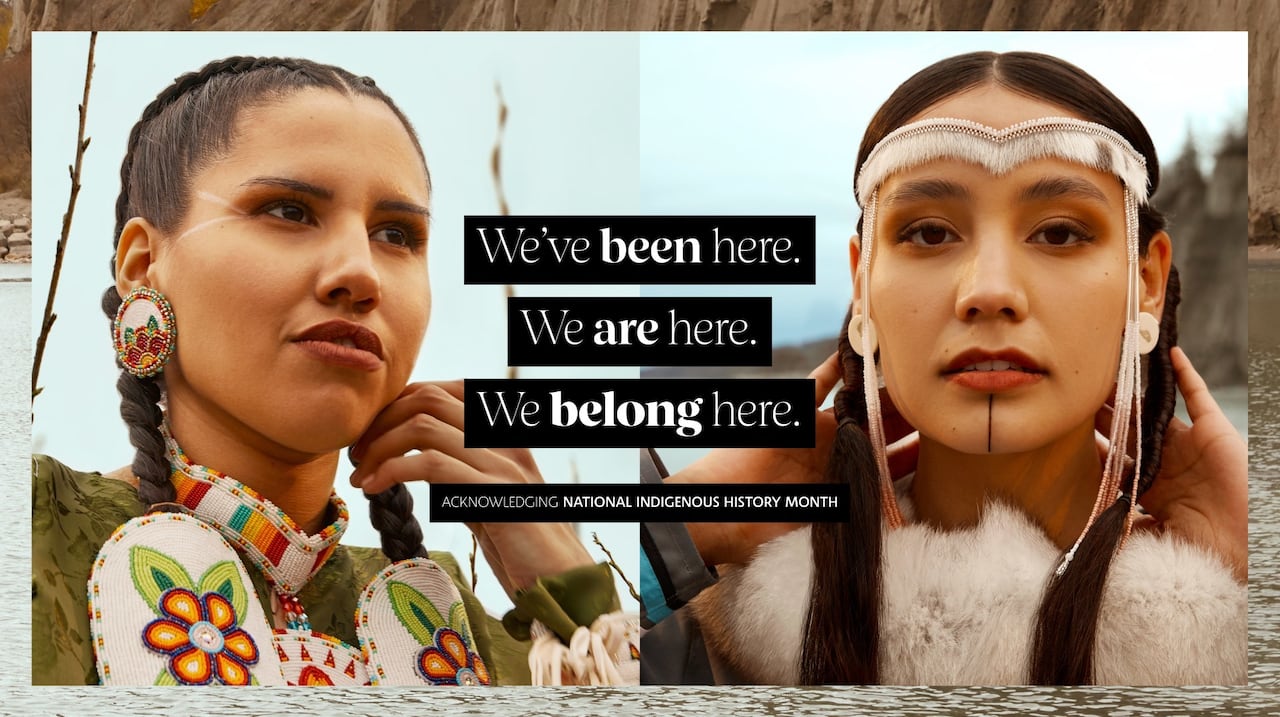 Quarantine got you down? Need to be…