For more than two weeks, the American Civil Liberties Union lawyer had been working with staff almost around the clock to challenge an order from the governor of Texas directing state agencies to investigate parents or doctors who provide gender-affirming care for minors. After more than 6 hours of arguments, a state judge late Friday issued her ruling: an injunction that blocks any such probes while the lawsuit proceeds.

It was a major, if temporary, win at a time in which transgender issues are increasingly becoming a lightning rod for conservative politics. According to one group tracking the measures, 25 bills have been introduced in state legislatures this year to prohibit or limit gender-affirming health care for children. In some states, the fight is over the participation of transgender kids in school sports.

Strangio, 39, is fighting as many of these efforts in court as he can. “A record numbers of bills are being introduced and passing, and the breadth of the cruelty keeps increasing,” he said in a phone call from the New York apartment where he’s been working from home and co-parenting his 9-year-old child.

Proponents of such measures say gender-affirming treatments are medically unnecessary and may cause irreparable harm to a child who is below the age of consent. They argue that allowing trans women in sports would give them an unfair advantage.  Opponents say officials are using fear and misinformation to drum up support for policies that target youth who are already prone to abuse and suicide.

Strangio has led the legal response to anti-trans laws across multiple states for the ACLU. The work is of national prominence,  but it’s also intensely personal: Strangio came out as transgender in law school.

“Doing this work can feel like an unrelenting nightmare because it means being immersed in legal arguments and policy discourse that situates your entire life and body as either a threat or otherwise disposable,” Strangio said in an interview.

It can be draining to be confronting the people and systems that hate and want to eradicate you.” 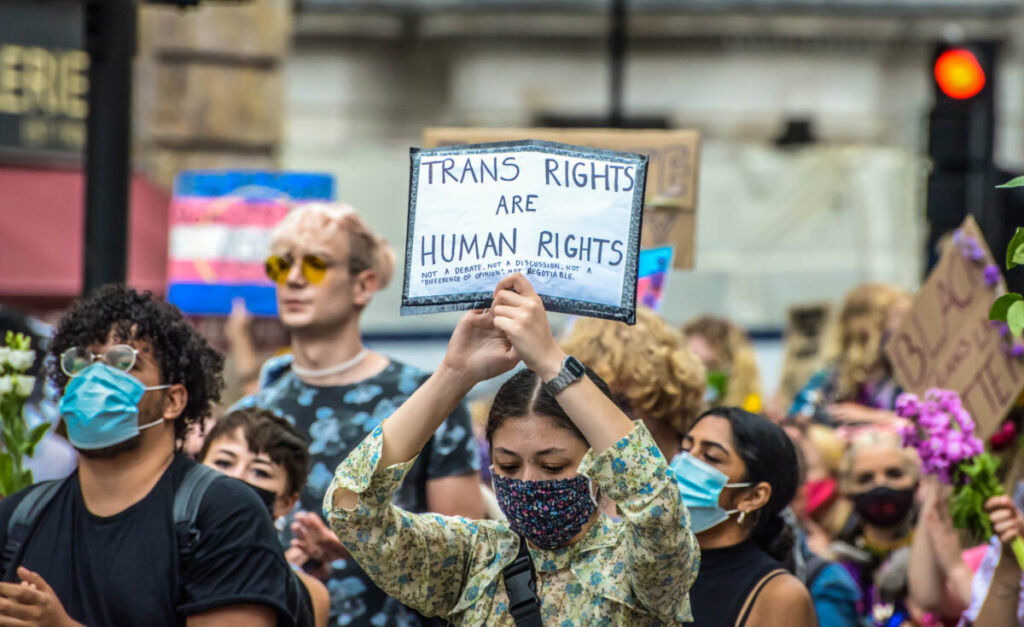 At issue is whether minors can be treated for a condition called gender dysphoria, which is experienced by some — but not all — transgender people. Gender dysphoria is defined by the American Psychiatric Association as a “clinically significant distress or impairment related to a strong desire to be of another gender.” Social affirmations include changing pronouns or names, while medical affirmation can include puberty blockers for adolescents and hormones like estrogen and testosterone. Gender affirming surgeries typically happen later in life, and a minority of trans people have them.

The directive in Texas came just days ahead of a March 1st primary in the state, in which both the Republican governor and attorney general were running for re-election. Attorney General Ken Paxton issued an opinion on February 21 that “sex-change procedures” and use of puberty blockers qualified as child abuse.  A day later, Governor Greg Abbott sent a letter to the Texas Department of Family and Protective Services asking them to “conduct a prompt and thorough investigation of any reported instances of these abusive procedures” in the state.

The top political strategist for Abbott has called the transgender rule “a winning issue,” according to the Texas Tribune. The governor’s action spurred Texas Children’s Hospital to halt hormone treatment for transgender children.  The court fight in Texas is not over — a trial is scheduled for July and officials have vowed to appeal the judge’s ruling in a state where the judiciary leans conservative.

Strangio cut his teeth at the ACLU fighting former President Donald Trump’s ban on transgender service members in the military and North Carolina’s doomed 2016 “bathroom bill.” Strangio says the wave of new laws is a backlash against those victories, as well as the landmark 2020 U.S. Supreme Court ruling that made it illegal to discriminate against trans employees — a case he also worked on.

Strangio is keeping an eye on trans-rights cases he isn’t working on, too, like the ACLU’s fight in Alabama over the right to change gender on state IDs. He’s also been vocal about legislation in Florida, known by activists as the “don’t say gay” bill, that would ban discussion of sexual orientation or gender identity in schools for children under 10.

Mason Dunn, a non-binary trans rights activists in Massachusetts, worked with Strangio on a successful effort to pass the state’s ban on gender identity discrimination in a 2016 referendum. Dunn said he’s kept track of Strangio’s work, marveling at his “elegant” ability to maintain decorum in the courtroom even when his opponent is “actively dehumanizing him to his face” with their arguments.

He speaks from the heart, with the voice of someone who’s deeply in touch with the community most impacted by his work,” Dunn said. “It’s not an easy line to walk.”

Strangio is leading another ACLU battle in Arkansas, which in 2021 banned gender-affirming surgery for minors, overriding the veto of Republican Governor Asa Hutchinson. A judge in July granted Strangio’s request for a preliminary injunction putting that law on hold too.

“That case is a huge part of my life — the emotional energy and time,” Strangio said. “The judge was not persuaded by the state’s argument that the law was needed to protect the health of minors — to the contrary, the record shows the law harms the health and well being of minors.”

The lead plaintiff in the suit, 15-year-old Dylan Brandt, said he believes Strangio’s lead role gives their argument “a deeper meaning” in court. “He may not have had the same exact experiences as I have had — or a kid two towns over — but he has had the experience of being transgender and he has a deeper connection with the argument,” Brandt said in an interview.

Arkansas Attorney General Leslie Rutledge said she’s defending the law because she doesn’t believe minors can understand the “permanent, consequential effects” of such health care. “This law specifically prohibits these harmful experimental treatments from being performed on young children and prevents practitioners from circumventing the protections of Arkansas law by sending children to other healthcare providers to perform these life-altering procedures.”

In Idaho, the ACLU sued in April 2020 to block the first U.S. law barring trans girls and women from playing on female sports teams. Strangio won a temporary order putting the law on hold, but the future of the statute is far from certain. The case is tied up on appeal in a fight over whether the ACLU’s plaintiff still has legal standing to sue after taking a year off from Boise State when she didn’t make the cross-country team.

Strangio is also representing two trans runners in a lawsuit brought by cis female athletes who sued to challenge Connecticut’s inclusive policy for trans people in sports. Their case was thrown out by a trial judge, but the women appealed to the U.S. Court of Appeals in Manhattan, which is weighing the matter.

Strangio is up against groups like the conservative nonprofit Alliance Defending Freedom, which filed the Connecticut suit. The group argues that participation of trans girls in high school sports violated Title IV because it creates a “barrier that hinders their ability to compete” and “subjugates their athletic opportunities to biological males.”

A Gallup poll last May found that 62% of Americans believe that transgender athletes should have to compete on teams of their “birth gender.”  The poll of 1,016 adults  had a margin of error of 4 percentage points. A transgender swimmer at the University of Pennsylvania has broken Ivy League records and is due to compete in the college championship meet. 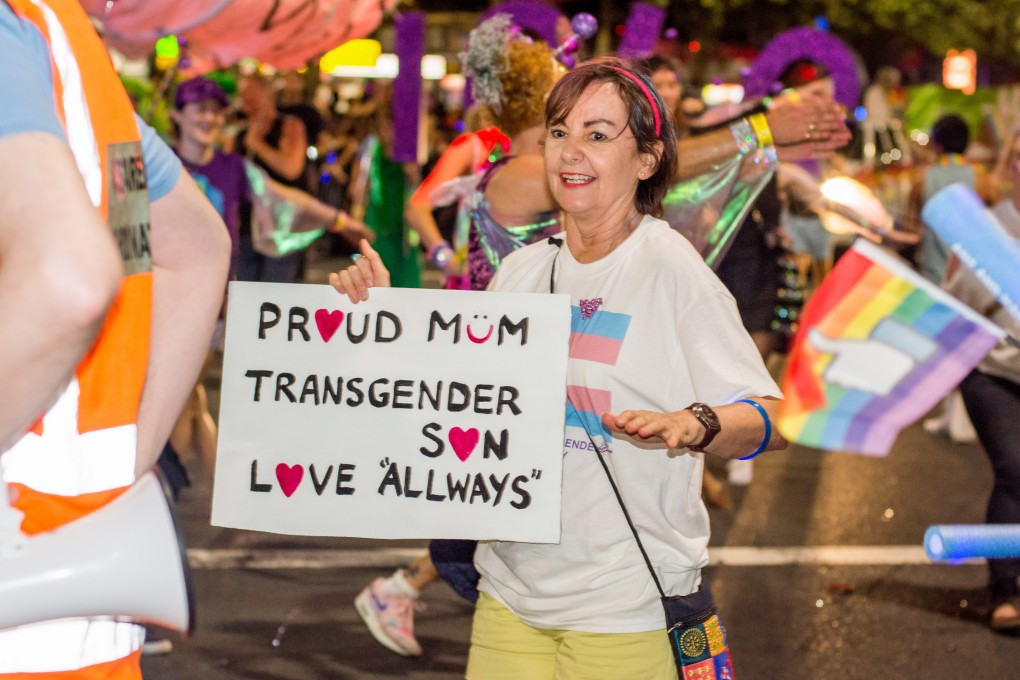 Strangio, who played soccer while growing up in the Boston area, rejects the idea that being a trans woman or girl provides an automatic advantage in sports.

“We are all differently situated in athletics and there is no experiential data to suggest that trans women and girls are or have ever been dominant,” he said. “If anything, the population is so discriminated against that they are less likely to stick with and thrive in sports.”

Strangio is a frequent presence on Twitter, calling on his more than 98,000 followers to join him in the fight against certain legislation. He said he couldn’t relate to the few trans people who were visible in society when he came out, pointing to Brandon Teena, a 21-year old transgender man who was raped and killed in Nebraska in 1993. That incident became the movie “Boys Don’t Cry.”

The stories we heard were about trans people being murdered,” Strangio said. “I thought, ‘This is me, but I don’t want to die.'”

Legal wins like the 2020 Supreme Court decision on workplace discrimination give him hope for the future. Getting that 6-3 ruling “was probably one of the best days of my life.”

Erik Laren is a Bloomberg News legal reporter in NYC. Connecting decision makers to a dynamic network of information, people and ideas, Bloomberg quickly and accurately delivers business and financial information, news and insight around the world. Sharing made possible by Bloomberg in partnership with DKC News.

Puttin’ on the Ritz … in Orlando…