A Night of Wine and Whimsy at Lucca Café

My parents and I have been frequenting Lucca for almost four years, taking the time to get to know the fantastically endearing owners Cathy and Elliot Pavlos, and their welcoming staff. Cathy, the wonderful chef, and her husband Elliot, the in-house sommelier, have turned a “fun retirement venture” into a thriving business with a deeply devoted following, and now have a new location to open in Newport Beach. I could go on about their interesting lives, but I will save that for my interview with the charming Elliot.

On this particular night we arrive a few minutes before 7pm for one of Elliot’s wine tastings. The brisk air of a Thursday evening in March is soon replaced by an enveloping warmth, pulling us onto the patio, lulled by the smell of fresh bread. Soft lights peek through vined trellises lining the walls, heels click against brick, and the surrounding tables hum with idle chatter in anticipation. The charcuterie table is artfully arranged with bright strawberries and glossy grapes, creamy cheeses, thin slices of salami and prosciutto nestled in between bookend baskets of fresh sourdough and olive loaves.

There are only a few seats left so we invite ourselves to sit with a couple and their work friend, both men clad in the popular Orange County leisure-time uniform of a breezy Hawaiian print shirt and well worn jeans. Lucca is a place of spectacular cuisine for those with discerning pallets, yet is certainly not pretentious. My parents make fast friends with our tablemates, discussing in great detail Lucca’s decadent “Sunday Suppers” every second Sunday of the month, “adopting” their new companions into the “Lucca Family”.

Waiters start trickling in, champagne popping in the background, and as they start to disperse the first selection, Elliot conducts their movements with a quiet smile peering out from under his mustache. A young man in a black pinstripe suit clinks his glass, and is introduced as our “tour guide” for the evening, Joe Signorile from Kobrand, a Fine Wine and Spirits distributor. As he starts to explain the qualities and specifics of the libations, the words seem to leap out of his mouth at a faster and faster pace, and I scramble at my notebook and start furiously scribbling out notes.

The first selection, Champagne Taittanger, has been deemed the “connoisseurs champagne”, very crisp and refreshing. Signorile describes the extensive aging process, the science and methodology behind the bubbles, as well as the expenses of producing champagne in general. The crowd resumes chattering as they start loading their plates with meats and cheeses, but I have my heart set on something else entirely. All week long, Lucca had advertised a luscious Polenta Board. Laid out like a sculpture on a slice of wood, rich and creamy mascarpone and parmesan polenta sprawled out, topped with a fresh cage free farm egg and hearty house made hickory bacon ragu. My parents insisted on sharing this decadent feast, so we also ordered the warm spinach salad, with roasted chipotle fairytale squash, crispy pancetta, baby spinach, Humboldt Fog goat cheese, cipolin onions and agrodocle candied cayenne pecans in a maple-bacon vinaigrette. Inspired by our selection, three people sitting around our table ordered the same specialties, one of our table-mates saying, “wine never tastes better than with food that is meant to go with it,” in between heaping mouthfuls.

More clinking and the voices hush. We move on to a Chardonnay called J.A. Ferret Pouilly-Fuisse, named for the two villages where the grapes come from in Burgundy. Interestingly enough the winery, which has been producing since the1840s, has always had a female winemaker, of which the craft has been passed down from generation to generation. The wine itself is smooth with a subtle warmth and mineral aftertaste. Swiftly following is a California Chardonnay from Cakebread. Signorile describes how the owner/winemaker first owned orchards, became an auto mechanic, joined the Air Force, and was a photographer before getting into wine in the early 1970s. This chardonnay had a brighter flavor and a toasty-buttery characteristic from its exposure to new oak.

The portions that the waiters served were far more than just sip-and-spit tastings, more so decent half glasses, so by this point in the evening the voices start to rise, and laughter starts to trickle out, echoing off the stone and brick. One of our tablemates chuckles at my remark, saying, “Italian people don’t talk to each other, they scream at each other”. My notes, which were fairly straight and orderly in the beginning, despite the pace of my writing, started becoming more slanted and swirling with each glass.  Mathew, our waiter, is all smiles, a mischievous glint in his eye. It’s as though for every two glasses poured, maybe one more slips out of sight, inviting us to dip our shaved potato fries into our soup shooters, then slyly, Matthew snags a bite for himself as a “taste test”.

The clinking returns, Signorile laughs saying, “it seems like this is coming faster each time-but you’re just drinking more”. We’ve transitioned into the reds, to a Louis Jadot Pinot Noir, an elegant wine that despite its deep maroon color is surprisingly light tasting with few tannins. On a feminine theme, this French winery, which happens to be one of the only owned by an American Family, is run by three sisters. Just as the theme is announced, a whoop erupts from a gaggle of women at a neighboring table and others join in like girl-power cheerleaders. It fits.

Our final wine of the evening is the Fonseca Tawny Porto, the king of dessert wines, winning four “100’s” from Wine Spectator. It is supremely dark, syrupy and sweet, like baked butterscotch. We linger for a while, as we usually do, as the other patrons start to drift from their seats and flow back to their cars in the parking lot, the light reflecting off the plastic patio enclosure like water. Our tablemates emphatically hug us promising to see us at the next Sunday Supper and leave with smiles on their faces. It is true, I am biased towards Lucca Café, but you only become biased with this kind of restaurant for a good reason. You expect the best because you are treated like a guest in a home, embraced by everyone like you are a part of the family, and served delicious food from a menu that is constantly evolving. 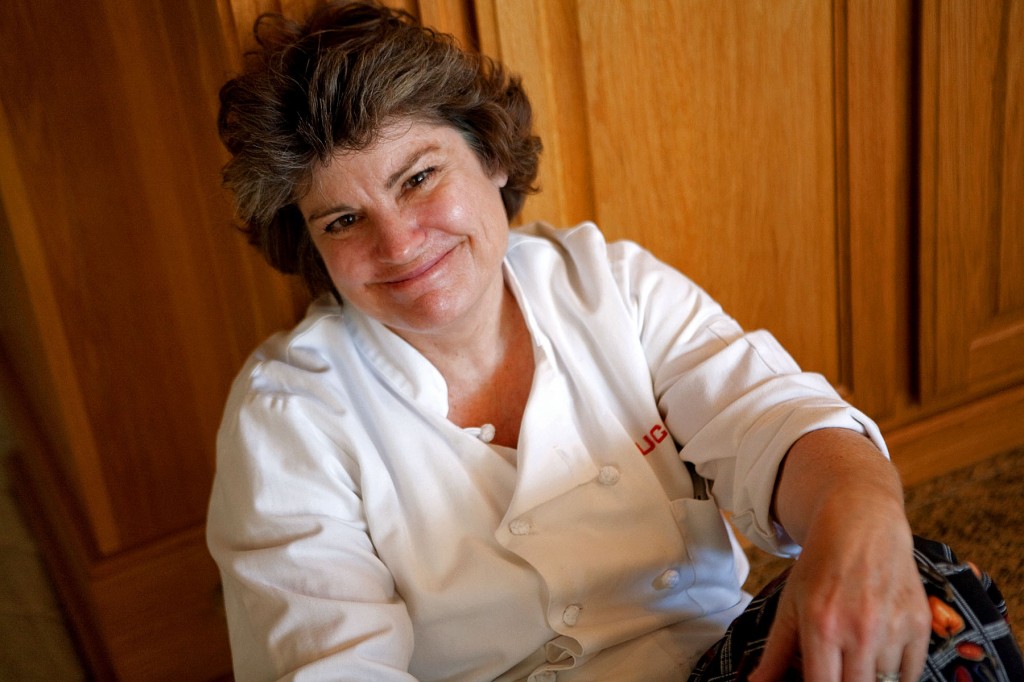 In honor of Pinktober, we sit down with Kaya Stewart at Hollywood’s Hard Rock.