If you could be with the ideal version of your partner would you be happier? Is embracing them for their flaws part of the accepted insanity that is love? The One I Love aims to answer that by reinventing a familiar premise with excellent performances and a quirky, clever script fusing relatable human drama with science fiction.

When we first meet Ethan (Mark Duplass) and Sophie (Elizabeth Moss) they are in a rut, both describing a night to their marriage counselor during which they crept into a stranger’s backyard for a late-night swim, fearful to be caught, before jumping into the pool and realizing that the owner is not home, floating in the water on their anniversary with only a cinder of excitement; but this isn’t the first time this evening has happened—in fact it is a botched attempt at recreating their first date, to rekindle the fiery relationship they once had, now only at a simmer.

Their marriage counselor (Ted Danson) suggests that perhaps their problem is trying to relive their past happiness when they should be replenishing their passion through new memories and experiences instead. He recommends a weekend getaway at a countryside vacation home where his other patients have stayed and the magic of the area made the couples “fall in love again.” Willing to try anything, Ethan and Sophie agree to go. They arrive at a lush, private home with surrounding gardens, hillsides and a charming guest house where they indulge in food, wine and pot—all serving as a welcomed change to the tired, habitual aspects of their relationship.

Twenty minutes into the film, nothing about the plotline seems radically diverse. There are some quirky lines of dialogue and visible chemistry between the two leads, but no single element that sets it apart from most indies that start similarly—but it is precisely when you think The One I Love is going to confine itself to overdone formulas – until – it surprises you in unexpected ways. Quickly into it, things turn unexpectedly, and a seemingly normal indie dramedy begins drifting into a dimension not only of sight and sound but of mind. When Ethan and Sophie discover two people that look exactly like their significant other every time they enter the guest house alone, they are baffled because they are not Ethan and Sophie. The “mirror image” of their partners look like them, speak like them, but have minor tweaks to their personality that represent every positive quality they feel is lacking with the “real versions” of their partners, acting as sort of a Stepford wife and husband, tempting both the real Ethan and Sophie into falling in love with inauthentic copies for reasons yet to be explained. 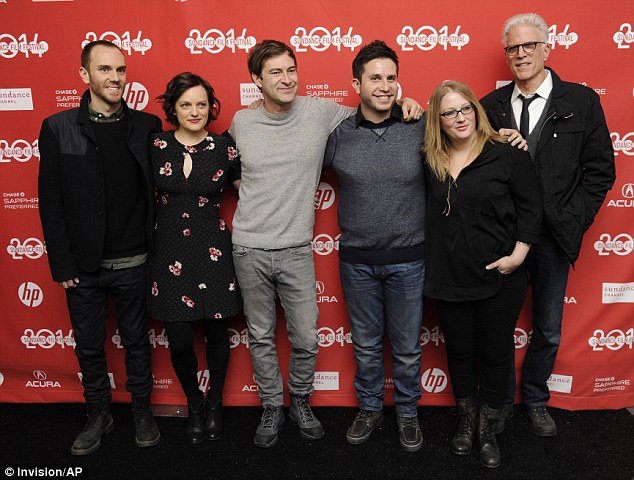 Weren’t expecting that were you? Neither was I, and that occurs within the first twenty minutes of the 91-minute film. Divulging any more about what transpires afterward is too spoiler-ridden and would ruin the fun and mystery of the film; but the couple’s supernatural discovery tests their fading relationship in a series of unusual ways and raises many conflicts couples struggle with—albeit in a strange Rod Serling kind of way.

When watching the film, I couldn’t help but be reminded of Spike Jonze/Charlie Kaufmann collaborations with its profound yet not garish weirdness. Although there is a speedy emergence of science fiction elements, the film shines by remaining grounded as a story about a man and woman struggling with temptation, and thankfully, the paranormal aspect never acclimates to a point of lunacy or camp. Excellent cinematography (by Doug Emmett), a quaint musical score (by Danny Bensi and Saunder Jurriaans.) and wonderful, confident direction by rookie filmmaker Charlie McDowell only bolster the production value of the film. Both Duplass and Moss give excellent performances — each actor displaying their range with two different characters, impeccably walking the tightrope between surrealism and profoundly emotive drama.

The film has a keen sense of self-awareness and capitalizes on it, poking fun at clichés by bending them into unfamiliar shapes that is both humorous and inventive all together. The One I Love is a perfect addition to the genre fusion of recent years, not hindering itself with safe, expected choices or clumsy resolutions. A pleasant surprise.

This Review Brought to you by: