Notice: Undefined offset: 1 in /var/www/wp-content/plugins/ninja-forms-uploads/vendor/benthedesigner/dropbox/OAuth/Consumer/Curl.php on line 153
 A Celebration Of Asian Cinema

There’s more to film than the next Marvel outing; you just have to know where to look for it, and Asian cinema is a great place to start.

In America, when mainstream audiences think of film, they usually think of American filmmakers like Christopher Nolan, Martin Scorsese, Steven Spielberg and Quentin Tarantino. What they may not realize is that American filmmakers were, and still are, heavily inspired by Asian cinema. Countries like Japan, China, Taiwan and Korea have all contributed greatly to the tapestry of motion pictures. In China, you have filmmakers such as John Woo, who is known for his revolutionary action stints that would later inspire American action classics such as Die Hard and filmmakers like Robert Rodriguez.

When you see Akira Kurosawa’s film Hidden Fortress, you realize that Star Wars is just Hidden Fortress dressed as a space opera. Other Asian films such as Lady Snowblood would later become the inspiration for choreographing swordplay as well as Tarantino’s two-part Kill Bill epic showcasing a gruesome tale of revenge. Asian films range in genre, from comedy and horror to martial arts epics and intimate family dramas. Many get remade into American versions. Kurosawa’s iconic samurai adventure film Seven Samurai has been remade twice—the second remake was a remake of the first remake called The Magnificent Seven.

In 2020, history was made when critically acclaimed filmmaker Bong Joon-ho won Oscars for both “best foreign film” and “best picture” for his dark comedy film Parasite. In 2021, Asian-American filmmaker Chloe Zhao has been nominated for her universally acclaimed drama Nomadland starring Frances McDormand, who has been nominated for an Oscar for her lead performance. If Zhao wins the Oscar, she will be the first Asian woman to take the prize.

Asian-American films provide us with substance, culture and deeper meaning. True, these foreign treasures may run longer than American audiences are used to, but they provide necessary works of art that are a counterpart to America’s tent-pole blockbusters. While films like Parasite and Nomadland are worth celebrating, many other Asian films are worth seeking out and deserve to be recognized by American audiences.

Here are my top three suggestions for your consideration. 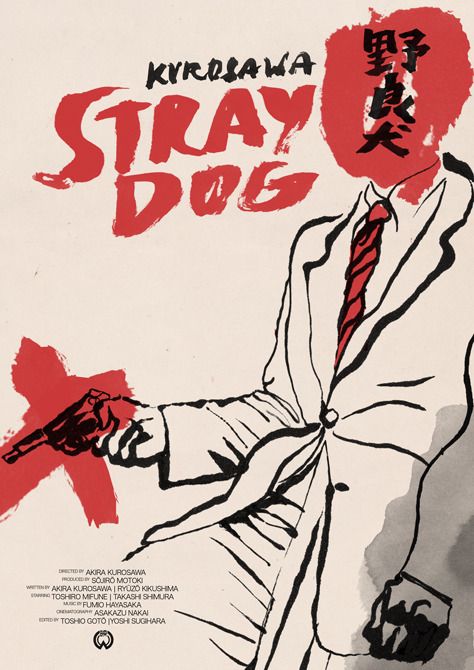 Akira Kurosawa’s politically charged noir drama is a deeply poetic detective film that explores post-World War II Tokyo’s streets and alleyways during a brutally hot summer. Iconic screen actor Toshiro Mifune plays Murakami, a streetwise, no-nonsense police officer pursuing a pickpocket who has stolen his sidearm and is using it to commit robberies. As Murakami journeys through his quest into the underbelly of crime under the hot sun, he is surrounded by people who are piecing their lives back together and working hard to rebuild a mere four years after the Hiroshima and Nagasaki bombs killed over 80,000 people in an instant.

Even after such devastation, the people of Japan chose to live their lives and work hard to build a better future for themselves. This is a constant theme that is present throughout the film’s two-hour run time: the choices we make. A beautifully shot picture that rightfully found its place in the Criterion Collection, Stray Dog has so much to impart upon the film noir genre. The atmosphere is tangible and seedy, but the tale is one of morality and hope. Stray Dog is even thought to be the precursor to what is now known as the “buddy-cop drama,” but in my opinion, it is simply a masterpiece of a crime thriller. 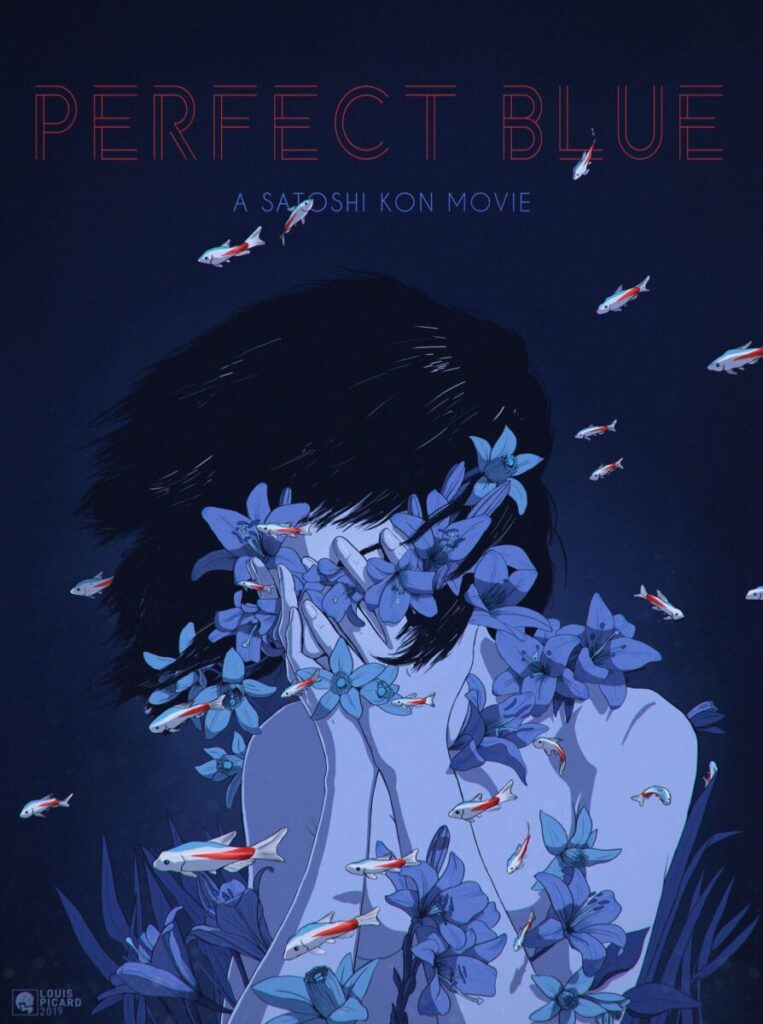 Japan is known for its anime-styled films, which have become a cultural phenomenon around the world. In America, they represent a kind of euphoric imagery that goes hand in hand with video games, full-on anime series and anime-based graphic novels. Anime is a groundbreaking artform rich with vibrant color palettes, a unique sense of storytelling, iconic characters and hypnotic use of musical scores. Perfect Blue goes above and beyond in its style and structure.

Perfect Blue is a psychological thriller based on a novel by Yoshikazu Takeuchi, the dark and grim story of a young, beautiful woman, Mima Kirigoe, voiced by Junko Iwao. Mima is a well-known idol making her name in the music world and pursuing an acting career, who finds herself the victim of stalking while at the same time gruesome murders are occurring around her.

This confluence of events throws Mima into a complete psychological break from her existence and reality. The film has many themes, dominated by identity and perception–what is real? It raises questions about trusting what we see, think and feel. The film examines fame and the public’s obsession with celebrities, similar to the film that won Natalie Portman an Oscar as a ballerina in her downward mental spiral in Darren Aronofsky’s Black Swan.

While that might be a variation on a theme, Aronofsky did buy the remake rights to Perfect Blue so he could recreate its bathtub scene nearly frame for frame in Requiem for a Dream. Yet again, we see another product of Asian cinema influencing Hollywood greats. 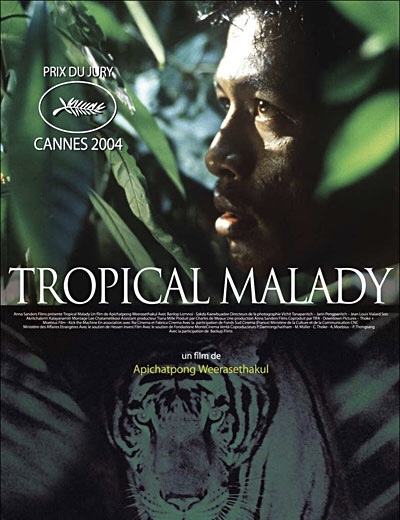 This film made history at the Cannes Film Festival for being the first Thai film to win at one of the world’s three major film festivals. Despite its acclaim, Tropical Malady has not had a proper release in America. In a very bold move, the film is broken into two segments.

The first half is a romance between two men, and the second depicts a soldier who has lost his way in the forest while believing in the spirit of a shaman. It is a deeply rooted experimental art-house piece that shows us a lot and says very little. It is incredibly bold and beautiful.

This literal break in the storytelling to what seems an entirely new tale is confusing but also a mystery that does not need solving. Whether one half is commentary on the other or they are independently speaking to universal themes seems unimportant. They complement one another with their diametrically opposite tones and need not conform to traditional narrative film structure.

Capturing themes of nature, awakenings of identity and love, Tropical Malady is a delicate wonder of cinema that may not have inspired any remakes–yet. It is art in its purest and most brutal shape, not confined by the critical formulas we have come to know. but original, inventive and soulful.

Asian cinema has risen to great lengths, giving inspiration to American filmmakers and finding unique layers in their films and the connections they make—not only to Asia but on a universally connected scale with all kinds of films.

This story, A Celebration of Asian Cinema, was originally published in SheVille and has been republished here with permission.