It is safe to say that Chef Carla Hall of ABC’s, “The Chew” and owner of Carla’s Southern Kitchen might just be one of my most favorite people in the world.

Carla Hall is sheer joy. From the way she cooks to who she is, you won’t find any kind of fake façade about her. In fact the lovable, funny, quick witted woman you watch on The Chew is exactly who she is when you meet her.

She loves what she does, has the humility to appreciate how far she’s come and she doesn’t take her life or love for granted. Recently a group of us were invited to a dining experience put on by Carla Hall and DIXIE.  (As in those cute little cups by the water cooler) We went deep into the belly of Downtown Los Angeles into what is known as “The Vault” for a unique dining experience.

Encouraged to remember how to have actual conversation instead of posting every five minutes on social media, the experience was truly delightful.

I was thrilled to be seeing Carla again as it had been years since I last had a chance to say hello. Since, she has given the world a show that teaches you how to cook with a smile on your face and a willingness to get in there and try something new alongside an eclectic group of co-hosts  Mario Batali, Michael Symon, Clinton Kelly and Daphne Oz covering all arenas of food, DIY and design. 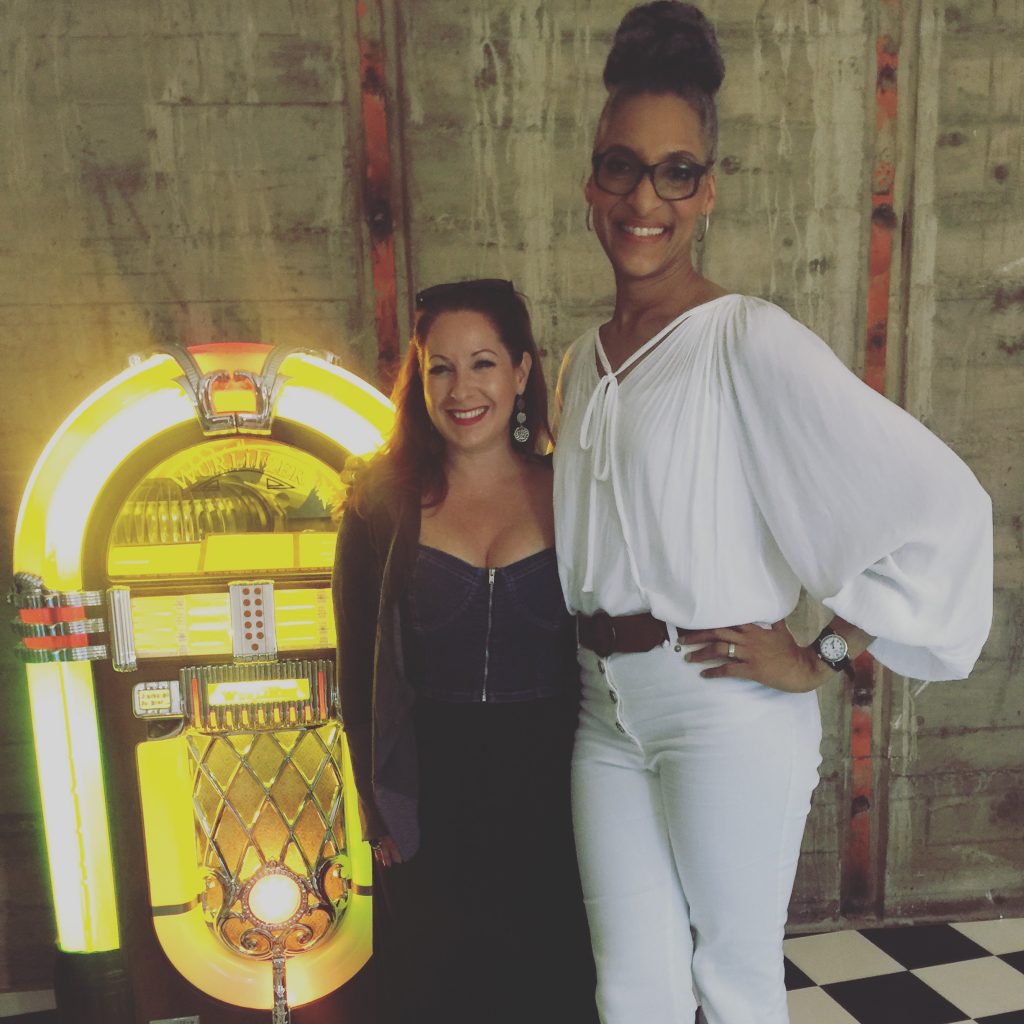 Born and raised in Nashville, Carla graduated from Howard University with a degree in Accounting, soon certified as a CPA with Price Waterhouse only to then walk the runways modeling in Paris, Milan and London where the culinary cultures lured her senses and won her over indefinitely. Returning back to the states, she attended L’Académie de Cuisine in Gaithersburg, Maryland, launched Alchemy Caterers and an artisanal cookie line called, Carla Hall Petite Cookies. She was chosen to be a contestant on Bravo’s Top Chef where she won the 5th and 8th season and it was impossible to ignore her love of fare. Following the win, an entirely new chapter of her life began in 2008 with her husband, Matthew Lyons right there beside her.

Now a mother to stepson, Noah, a successful TV host, restaurateur, author of Cooking With Love: Comfort Food That Hugs You, Carla’s Comfort Foods: Favorite Dishes From Around the World and overall incredible human being, I was honored to sit down with the smiley, sweet, statuesque beauty again to talk about life, cooking, and travel: 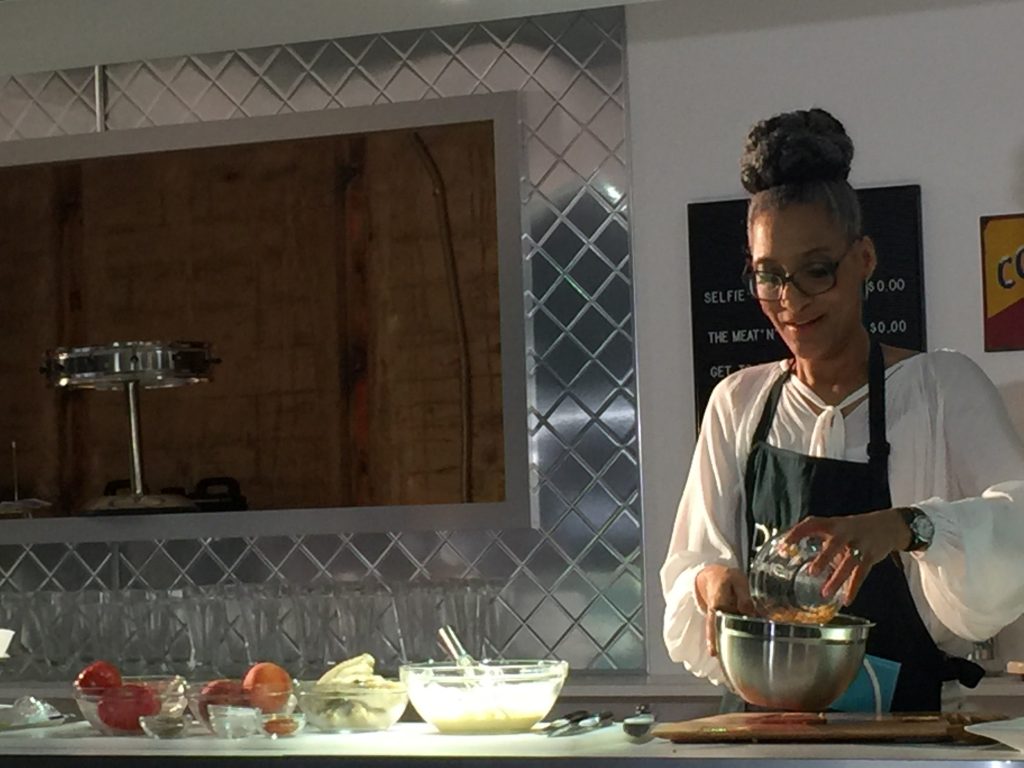 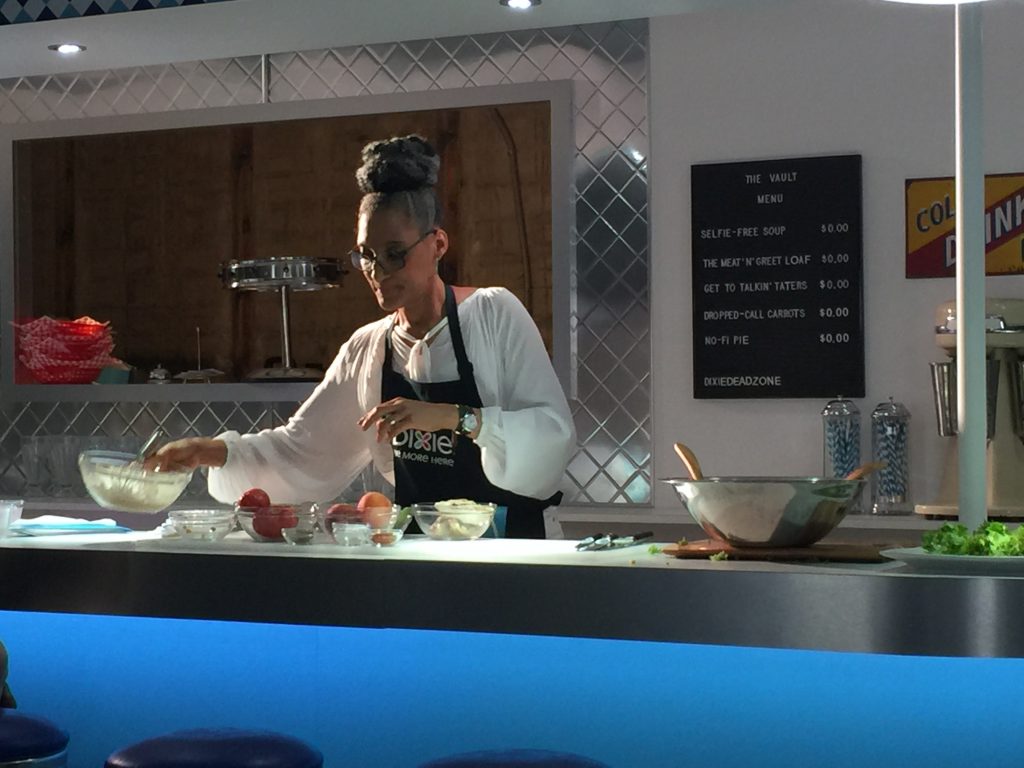 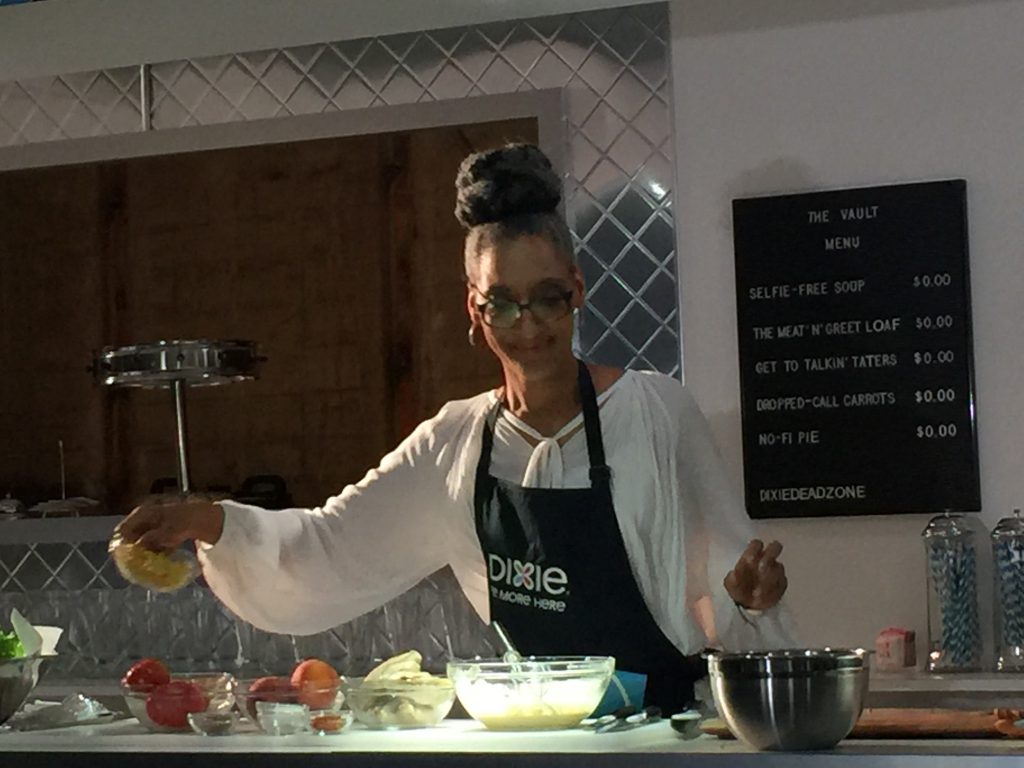 Having a deep appreciation for dining and the love of cuisine, of all the places you’ve traveled, is there a place that really woke you up and impacted you with spices and smells?

You know, I recently went to New Orleans with my husband and for him it was the first time. So, seeing something or some place that you know you’ve already been to several times and you go and you see it through the eyes of somebody who’s seeing it for the first time? It is so unbelievable. It actually allows you to the see the city differently, because you see it through their eyes and that was what New Orleans was for me. I got to experience the city through my husband’s eyes.

It was about three months ago and even something as simple as watching him have his first beignet was something I’ll never forget. We went to Shaya’s place and my husband has been a vegetarian for about a year so when we go out, I don’t miss the animal proteins but when we pick these places that we know can do vegetarian well (and obviously Mediterranean food is great at vegetarian!), it’s really something. At Shaya’s, it was so great to look across the table – keep in mind my husband is a big guy and to see him bite down and happily shudder and see him pursing his lips? He was just so excited and I was like, I LOVE THAT!

For me, this is a man who when we first met, he ate a lot of red meat, drank a lot of red wine and now he can’t eat it anywhere because it makes him sick. We had to do a lot of dinners out so he would have to look through this long list of things that he couldn’t eat so finally he just decided to be vegetarian because it was so much easier. It’s easier to just say “I’m vegetarian”. We don’t have to say, “I don’t eat shellfish, I can’t eat this or that ” and to see him enjoying his food and to see that light in his spirit? It’s beautiful. Now he’s doing all this yoga and he wants to teach yoga and he’s meditating and I truly believe all of those other things before had really weighed him down so watching him experience food in a different way, it has been such a beautiful thing for me. I love just watching him eat and be happy! So I would definitely say that New Orleans was a place this time around that really had an impact. It was like seeing it for the first time!

ATOD: It’s amazing how beautiful and good food can be in its natural state. I’ve had salmonella six times so I no longer eat poultry with the exception of foie (which is so good but so bad for you so I rarely eat it) but my partner is from Oklahoma and I’m from here. I grew up on casseroles, but I was always a person who liked fresh vegetables and fruit which was not the norm. He grew up eating everything fried. The more people experiences food as it was meant to taste, it seems like there is a real movement to eat better and be more aware of what we’re eating and how it’s prepared.

That said, you have to cook for every kind of appetite and all ranges of palates, is that challenging?

It’s funny at my restaurant we do chicken – fried chicken – and southern sides but it’s a balance because all of the sides are vegetarian. I had to say to myself, if I’m gonna have only one animal protein and I want vegetarians to come here, I want to give them something that they want to enjoy.

If you could make a vegetarian dish with 5 vegetables, what would be the 5 vegetables you’d use?

Oh my gosh, I would definitely have peas. I love peas! I love mushy peas, I love a pea chutney, I love tarragon peas – I love peas! I put frozen peas on my bruises, you name it! I just love them. I love the way they crack in my mouth. And I love fresh corn in the summer, grilled or pan-fried or creamed corn without the cream – just using the milk of the corn – and even raw corn, Mexican corn, CORN. I also love eggplant, I mean throwing a whole eggplant in the fire and letting it blister and you just scrape that smooth, creamy inside out and then make a baba ganoush and then toss it with chile and basil and garlic – I mean, oh my gosh! I love tomatoes  – now – but I did not like tomatoes growing up and now I just love them! It’s something so simple, the tomato. A tomato sandwich on really good bread with homemade mayo – mayo with a kick – It’s a beautiful thing.

I also love sweet potato. At the restaurant we do sweet potatoes rolls and potato salad with yukon gold and sweet potato, we also do candied yams so we use the sweet potato in a lot of different ways.

Can you make a bread gluten free using a sweet potato base?

Yes, you don’t need a lot. You can use rice flower but you don’t a lot of sweet potato – 1/2 cup, bake the sweet potato in the jacket and then you get the whole thing soft and then you puree it and just adding that little bit will provide moisture and a little color. It becomes like a potato bread so it’s not gonna give you a lot of flavor but you’re using it for the color and the moisture.

You can also make that meatloaf recipe and do that gluten free by not using the rolls.

With the evening getting later, it’s time to wrap up our chat but not before giving each other a huge hug and hearing her say seven words that made my night:

It was so good seeing you again!

Thanks to Carla, the DIXIE crew and the Vault in the Reserve building for creating an evening we won’t soon forget. You can catch Chef on ABC every weekday at 1pm EST – 12noon CST – 11am PST. Also make sure when you’re in Brooklyn, you stop in to her restaurant for some happy comfort food that will immediately brighten your day.

In the vein of thought Carla always promotes, may you cook – AND EAT – with love!