When we look at the staggering awakening brought on by the #MeTooMovement and the countless victims of sexual assault and abuse, it’s overwhelming. The film by Emerald Fennell, Promising Young Woman (nominated for an Academy Award)  tackles this head on and without restraint.

According to the Rape, Abuse and Incest National Network, 1 out of every 6 American women are victims of an attempted or completed rape and of all sexual assaults in this country, only 5 of every 1,000 rapists will end up in prison.  The National Organization of women has reported that of all the women murdered in the U.S., about one-third were killed by an intimate partner. And RAINN reports that 94% of women who are raped experience PTSD symptoms in the two weeks following the attack.  These collected pieces of information set the stage for reviewing the recently released controversial revenge-thriller by Fennell. 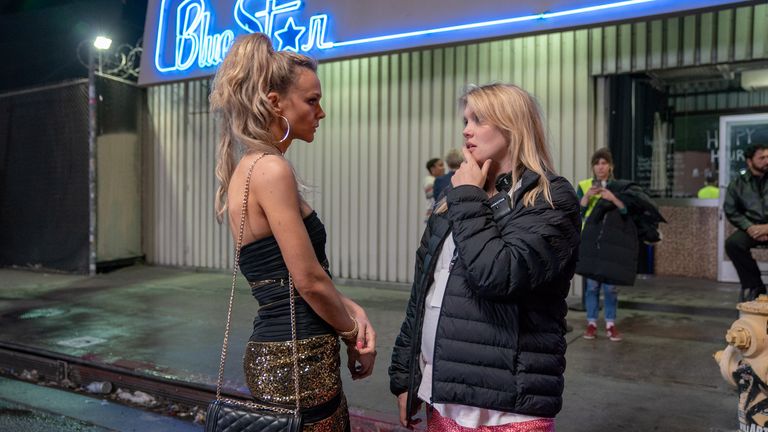 This film is a cinematic experience that our society needs now more than ever in a #MeToo era.

The #MeToo Movement, which arose in 2017, empowers women to speak truth to their accusers.  Spawned from the Harvey Weinstein scandal, where privilege, fame and power acted as both a free pass to commit heinous crimes and a shield to protect him from any accountability, many actresses finally felt safe to come forward with their allegations of assault. But for every Harvey Weinstein, there are countless men who get away with sexual assault and see no repercussions.

Famous faces get attention, but what about the factory worker or the office manager who don’t feel they have the luxury to speak out.  What about the student who was victimized by the star quarterback or a young woman who is assaulted on a first date? What happens to these women when nobody speaks out? What happens when they do, but the justice system fails its victims because of systematic corruption, or power; or the circumstances of the offense? All too often the system is still too quick to blame the victim.

Promising Young Woman takes a look at these questions—these statistics—and the reality of sexual assault in a partial judicial system.  The film is an immensely provocative and ambitious revenge-thriller that captures the voice of all women everywhere and the unexpected horror of sexual assault they all too often endure.

Promising Young Woman is a contemporary independent film, that some may say is “counter intuitive” or “unrealistic” as a revenge thriller.  But, while films such as Last House on the Left or I spit on Your Grave are straight up ‘blood and guts’ films, a Promising Young Woman elevates this genre in that it’s as thoughtful as it is violent.  This film questions more about the politics and real life assault situations rather than the old school broad strokes. Additionally, Promising Young Woman combines its thoughtful perspective with a vibrant visual look.  The balance of bright candy colors with the mix of dark subject and humor creates a striking contrast.

An empowering film by its subject matter is made even more empowering in that it is a film about women, which is also written and directed by a woman.

Out of the estimated number of women in the industry, according to the Center for the Study of Women in Television and Film, women comprised 16% of directors working on the top 100 grossing films in 2020. Considering that the industry began in 1895, and the first Academy Awards were in 1929, 16% is not anywhere close to parity. Hollywood has a long tiresome prejudiced history of keeping the stories of women on the back burner while catering—in an overwhelming abundance—to white men of privilege where they always end up the hero amidst their clichéd triumphs.

So few women storytellers have been given a platform to express their points of view, and as a result what stories do get told onscreen often shape public views about a particular subject. In Promising Young Woman, Emerald Fennell commands her film alongside seasoned veteran actress Carey Mulligan, who propels herself with such bravery in this challenging role. Mulligan plays a Cassie, woman in a small Ohio town seeking an elaborate revenge against those responsible for the rape and murder of her best friend. Rather than just move on with her life and forget about tragic events that happened to her, Cassie devises a plan.  She pretends to be drunk and vulnerable with men, who pick her up in bars and then, she exacts her anger and aggression onto those men in ferocious (and deserving) ways that gratify her.

Though the film has its moments of violence, it is restrained. The real power of the film comes from the single-handed performance of Mulligan. Working at a coffee shop during the day and embodying a vengeful angel at night, Mulligan’s performance plays as a representation of the thoughts and feelings of every woman who is unable to speak up because of fear and shame.  If Carey Mulligan wasn’t already a “Hollywood Star” she certainly is now and rightfully so; some of the best moments of the film are the most minimalist with Mulligan trying to regain her own humanity.

Her character tries to balance a normal life and struggles with her anger, her thirst to get even with those who have done wrong. There is even a subtle-yet powerful scene with Mulligan and her male co-star, Bo Burnham, who acts as Mulligan’s love interest.  It is brought to light that he has a connection to those she is after thus bringing into question the morality of what makes a good man versus an evil one.

If you are a witness to a crime and do nothing to stop it, aren’t you just as guilty as those who committed the crimes themselves? The film makes a substantial effort on what it means to be complacent and how problematic complacency is in our society.

Though the strengths of the film do not come from just the direction and lead performance alone, the screenplay brings a strong and confident piece filled with delicately conceived nuances, which play off like a slow burn until reaching the final act which has admittedly caused a stir of debate among critics and cinephiles alike. With the direction, lead performance and writing, Promising Young Woman is a necessary cinematic experience for understanding the culture that allows women to suffer at the hands of a man claiming “he didn’t do anything wrong.”

The continued toxic behavior of taking advantage of some just because they are drunk is not the same as getting consent. These are conversations we need to be having in all aspects of life and in every environment. A revenge-thriller that merges reality with escapism; and it is made by a woman, starring a woman, about women, Promising Young Woman is a breath of fresh air—and a much needed one to say the least.  Released on January 20th of last year at Sundance, Promising Young Woman is available to stream currently on-demand or available to own on Bluray. 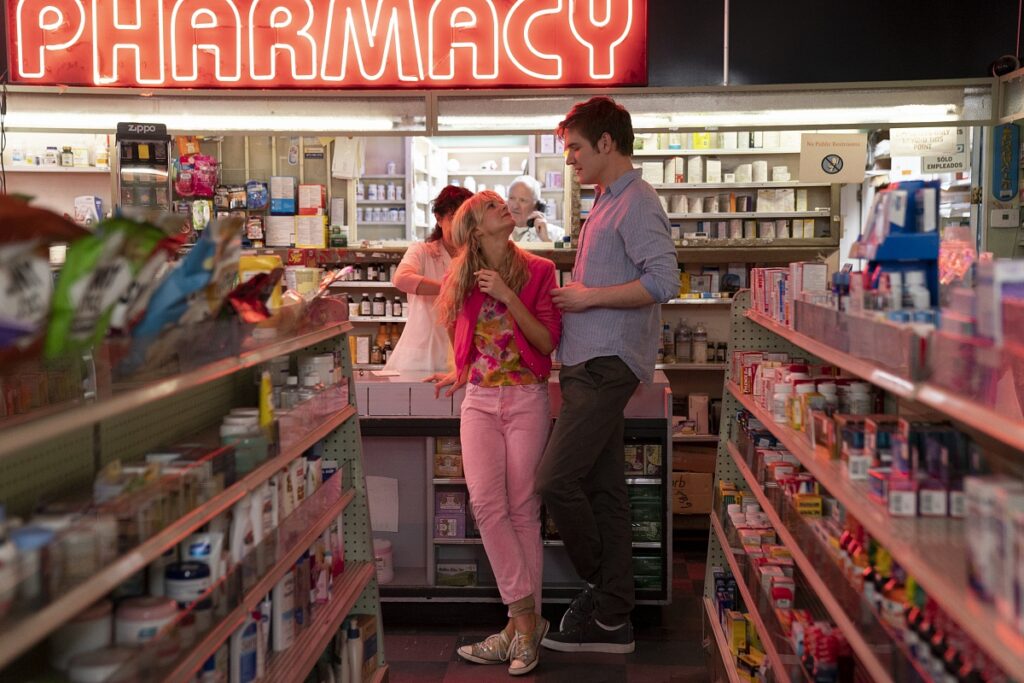 This story, Breaking the Silence in “Promising Young Woman”, was originally published in SheVille and has been republished here with permission.

While on the continual hunt for clever ways to make childhood favorites, I happen to be perusing through Pinterest and came across this gorgeous re-creation of a Bouchon Bakery …