While the 93rd Academy Awards sent a message that while the obstacles are slowly being removed, we still have a long way to go

Opportunity for women in film is a subject matter that continues to be one of great debate. As more and more women break through glass ceilings in an array of sectors and industries, film is oddly one of the slowest to act on the value of the term: diversity and inclusion. More than most any other industry, the visual medium may very well be one of the most powerful platforms to showcase the beauty and wonderful complexities of humanity. But waiting for the industry to recognize the immense need for women and people of color to be far better represented in film and television is much like watching paint dry. It’s painful.

This year however, we saw a very finite glimmer of hope at the Academy of Motion Pictures, Arts and Sciences (the Oscars) when they took a few steps towards progress. As we watched the odd and intimate ceremony, the highlights were most certainly undeniable: Chloé Zhao, Emerald Fennell, Regina King, Zendaya, Youn Yuh-jung, Daniel Kalyuuya, Jamika Wilson, Sergio Lopez-Rivera and Mia Neal, Soul, Ma Rainey’s Black Bottom, and Fight for You. It was the first time in the history of watching the Oscars that I finally saw winners that represented the world we live in.

Emerald Fennell won Best Original Screenplay for Promising Young Woman and Zhao won two Oscars for Best Director and Best Picture, and her lead actress Francis McDormand took home the Oscar for her role as Fern in Nomadland. Zhoe made history as the first woman of color to win Best Director, and while we should celebrate that as a win, the hesitance to become overwhelmed with joy stems from a long history of women being the underdogs in cinema. Often overlooked in Awards Season from the beginning of cinematic history, it has taken a hundred years for progress to peek its head above the surface of gender and racial oppression in Hollywood. 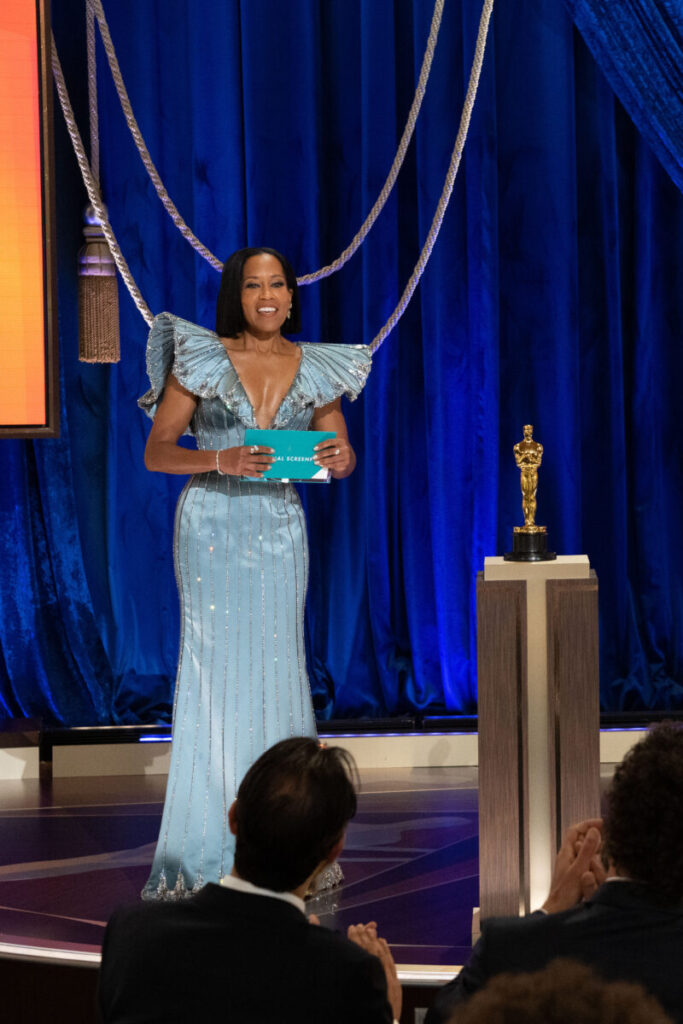 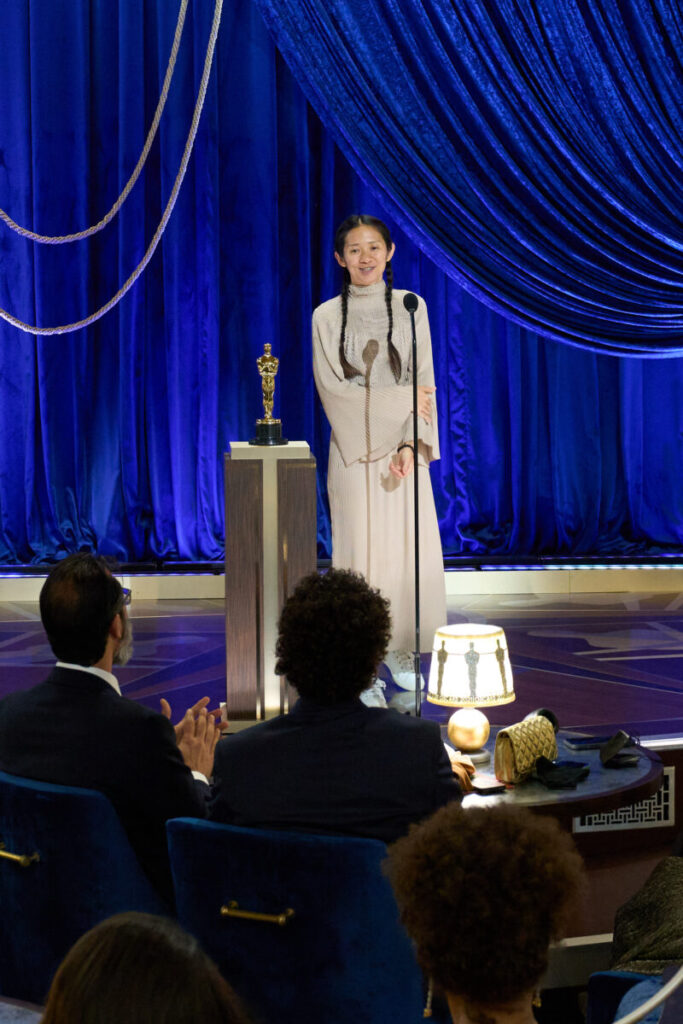 When Chloé Zhao gave her acceptance speech, her words were beautiful and poignant—ones perhaps we all needed to hear. “I have always found goodness in the people I met everywhere I went in the world. This is for anyone who has the faith and courage to hold onto the goodness in themselves and to hold on to the goodness in each other, no matter how difficult it is to do that. And this is for you; you inspire me to keep going.”

And it appears, the discussion on whether or not more diverse and inclusive representation is going to become a trend or remain a rarity continues. Lauren Flick speaks with Women in Media executive director Tema Staig about the state of women in media in an article in SheVille Magazine. Women In Media is a non-profit that promotes gender balance in the film and entertainment industries.

Flick writes, “Chloé Zhao and Emerald Fennell have made history for women at the Oscars. For the first time in its 93-year existence, the Academy has nominated two women for Best Director in one year. Newspapers are clamoring with headlines about this historic achievement, and many industry insiders say this brings us so much closer to parity in the industry.” 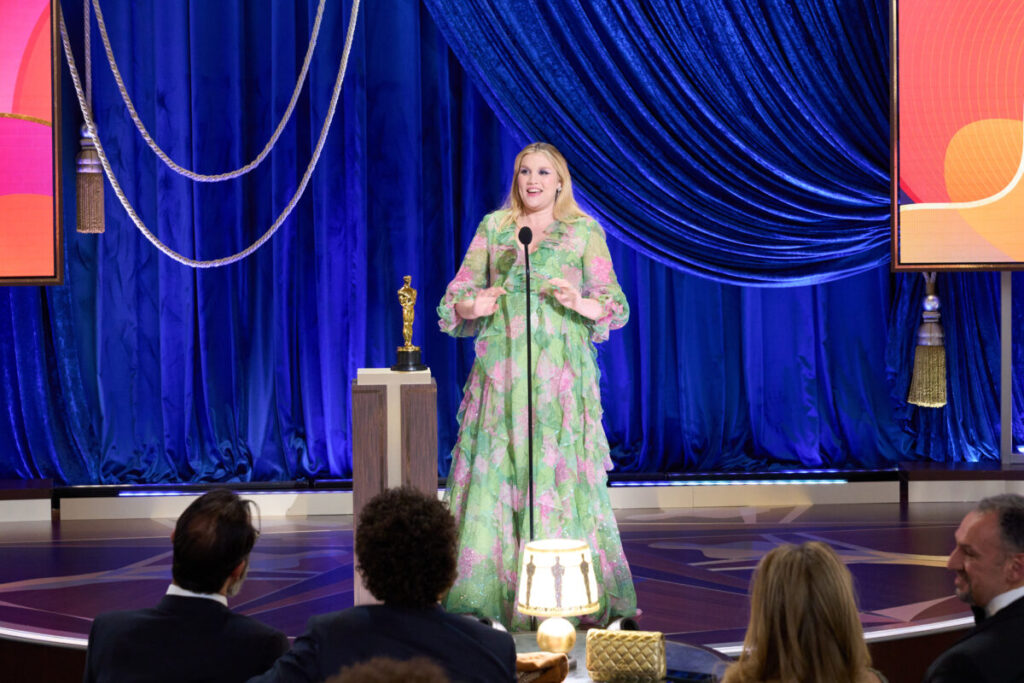 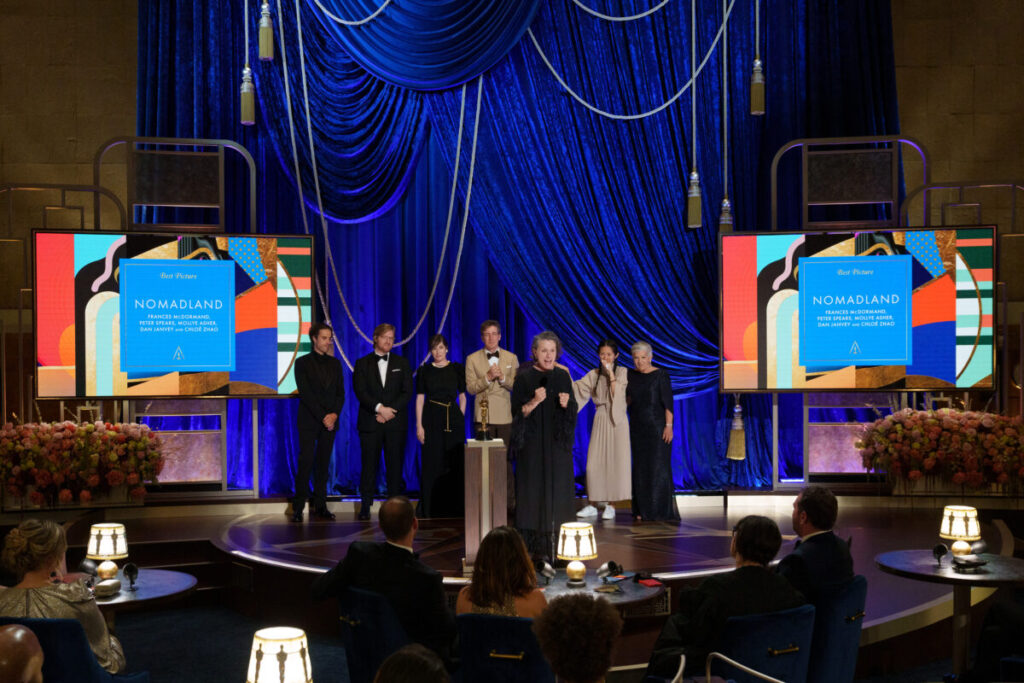 Staig had this to say, “Yes, this is a tangible advancement [Fennell and Zhao’s nominations]. I’m very happy that they got nominated [and won]. I think it’s wonderful, and they deserve it. True, some of the older bastions of the film industry are still begrudgingly moving forward. However, I think there were other women this year who deserved nominations as well—and in a number of different departments. The fact that One Night in Miami didn’t get the love it deserved is outrageous; that it didn’t get a best director (Regina King) or best cinematographer (Tami Reiker, ASC) nomination is heinous.”

Other notable women whose projects should have been included in the nominations but were not are Mandy Walker for her cinematography on Mulan, Writer/Director Eliza Hittman for Never Rarely Sometimes Always, Writer/Director Kitty Green for The Assistant, Director Kelly Reichardt for First Cow, and Writer Channing Godfrey Peoples for Miss Juneteenth.

Looking At Women In Film In Terms of Raw Data

In 2019, across all platforms, only 29% of all programs featured clearly identifiable female protagonists, 34% of speaking or named characters were female, and in 2020, 34% of indie films considered for festivals employed 0 or 1 woman.”

Think about that and how staggering that really is. They go on to add, “Of the top-grossing 1,300 films from 2007 to 2019, only 4.8% of directors were women.” In another article by writer, producer Brian Wallinger, he writes, “Of the roughly 500,000 films that are still around since cinema began, in 2020, 21% percent of all directors, writers, producers, executive producers, editors, and cinematographers on the top 100 films were women, which is a historic high.” While that seems enlightening, it’s what he says next that lays the foundation for what is the continual plight of women in film.

Wallinger adds, “Since cinema’s conception, women filmmakers have had to fight for equal opportunity to direct feature-length films. The first female director to win an Oscar was Lina Wertmüller for her 1977 film Seven Beauties. Only five women directors have even been nominated; the other four are Jane Champion (1993’s The Piano), Sofia Coppola (2003’s Lost In Translation), Kathryn Bigelow (2009’s The Hurt Locker) and Greta Gerwig (2017’s Lady Bird). In a historic moment, two women—Chloe Zao for Nomadland and Emerald Fennell for Promising Young Woman have been nominated for directing in 2021.”

As women in film inch their way towards equality, recognizing the deficiencies in this industry is pivotal to addressing how we change them. In a study done by Dr. Martha M. Lauzen titled, It’s a Man’s (Celluloid) World: Portrayals of Female Characters in the Top Grossing U.S. Films of 2020, the report found a continued disparity of women vs. men in film, and the opportunities allotted to them.

When it comes to what goes on behind-the-scenes those numbers are even more stark as evidenced in Lauzen’s second report titled, The Celluloid Ceiling: Behind-the-Scenes Employment of Women on the Top U.S. Films of 2020.

The Celluloid Ceiling has tracked women’s employment on top grossing films for the last 23 years. It is the longest-running and most comprehensive study of women’s behind-the- scenes employment in film available.

Due to the interruption caused by COVID-19 in theatrical box office grosses, this year’s study monitors women’s employment on the top 100 and 250 U.S. films of 2020. This report also considers women’s employment on recently released films included on the Digital Entertainment Group’s “Watched at Home” list from March through December.

When you break it down into tangible data, it magnifies the clear difference between women hired versus men, proving once again that we have a very long way to go towards true equality in the industry. But there is some good news.

Kate Erbland of IndieWire writes, “While it’s understandable that the next two years at the box office still seem a little hazy, this early look at what’s to come from female directors is promising in many ways. For one thing, all of the major studios have at least one female-directed feature coming (this may sound small, but there are have many previous iterations of this list in which that is not the case); for another, there’s a thrilling range to these projects, from the usual tentpole fare (which is still new territory for female filmmakers) to animated features, deeply personal dramas, original comedies, sci-fi, and horror.”

While we hope the trend of nominees that represent the world we live in continues, diversity and inclusion in the industry is still an uphill climb.

Center for the Study of Women in Television & Film

“Reminiscence,” directed by Lisa Joy, September 3, 2021 (in theaters and on HBO Max)

With more choices than Imedla Marcos’ shoe collection, staring at that hefty line of shelves stocked with options is downright painful (and takes a LOT of time)