Nigeria is a region that brings together a fusion of culture and cuisine as evidenced in the unique spices, meats, and ingredients. While many African countries’ gastronomy culture was influenced by colonial Europe, Nigeria has their own food culture rich in flavors, agriculture, spices native to the land, and undeniable passion. Excited to explore the history of the culinary culture in Nigeria, we look to those whose scholarly backgrounds offer a unique insight.

While we explore the traditions of Nigerian cuisine, we will also be sharing a modern sister Nigerian-American R&B duo, VanJess who share their take on a family recipe and Nigerian culinary staple. As you read the below, note that tradition is beautiful, but as time goes on, progress and introducing new takes on tradition cam be equally invigorating.

In a study done on the history of Nigeria’s culinary culture, Serdar Oktay and Saide Sadıkoğlu researched the gastronomic cultures transferred to African cuisines. Zimbabwe in the west, Nigeria in the east, Morocco in the north and Republic of South Africa in the south were selected. With a committee made up of scientific researchers, articles, graduate theses, printed scientific books and historical documents, the study delved into culinary origin and influence. 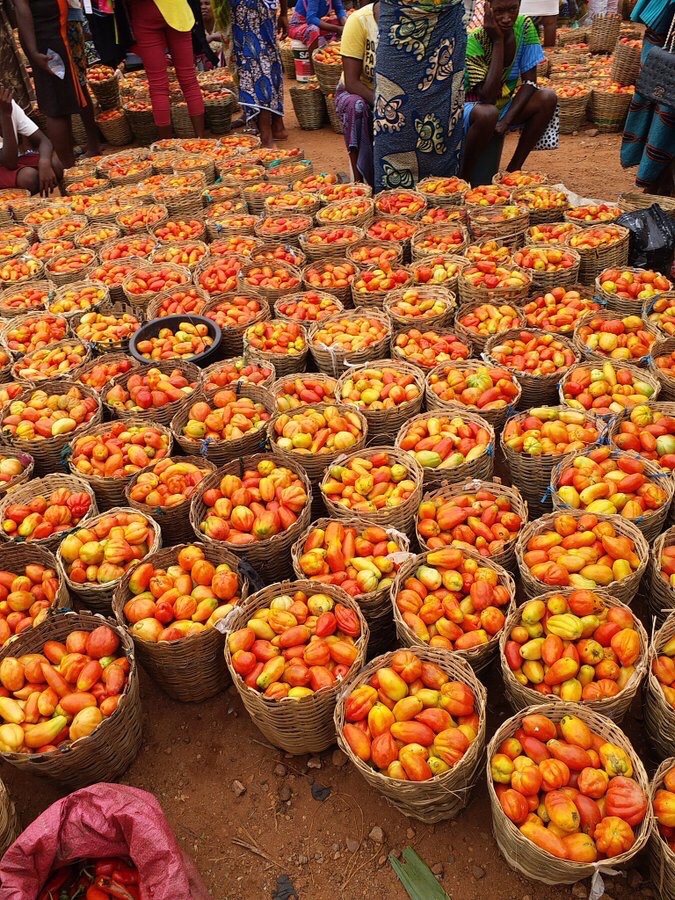 “It is estimated that the civilization in Nigeria began in the 9th century. With a population of 183 million, Nigeria is the youngest and the most populous country in the world,” says Oktay and Sadıkoğlu.

“The river Niger which runs through the country from one end to the other end of Nigeria is one of the country’s vital resources. The production of tropical fruits, cotton, palm trees, cocoa, gum, dates, peanuts, and timber has an important place in the country’s economy. Agriculture and the country’s oil deposits are very rich. Having a tropical and warm climate, the cuisine has a culinary culture suitable for these characteristics.”

Nigerian cuisine traditionally is made up of rice, couscous, potatoes, grills, and chicken which have been influenced by the Portuguese and English. However due to the influence of Indian cuisine, Nigerian cuisine also consists of a lot of hot peppers and spices. A common breakfast, bean paste wrapped in leaves, in Nigeria dates back to the days or Portuguese mariners. It is believed that this dish was prepared for the mariners whom had spent a long time at sea with limited access to fresh vegetables.

Nigeria is a region plentiful in vegetation, vibrant colors and textures, and is abundant in variety. Preferred ingredients such as peppers, okra, black pepper, meat, eggs, soups, fish, rice, and plantains are utilized daily in some form or fashion. But it’s the soups that are a staple in the world of Nigerian cuisine. In fact, soups are usually the dishes passed on from generation to generation. Among them are peanut soup, ogbono soup, owerri soup, and pepper soup. 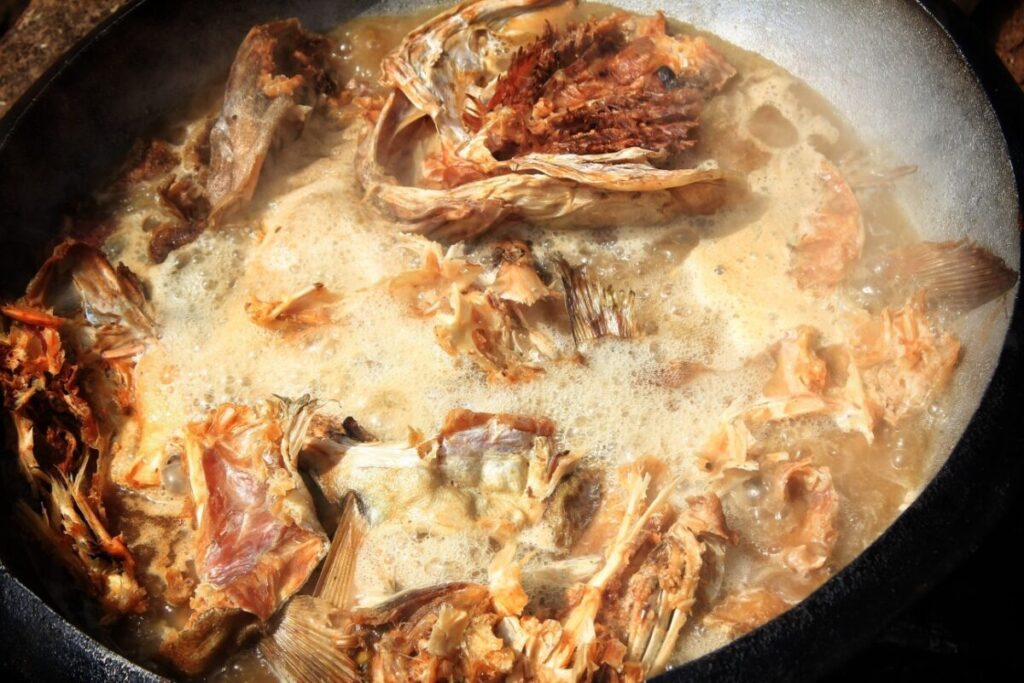 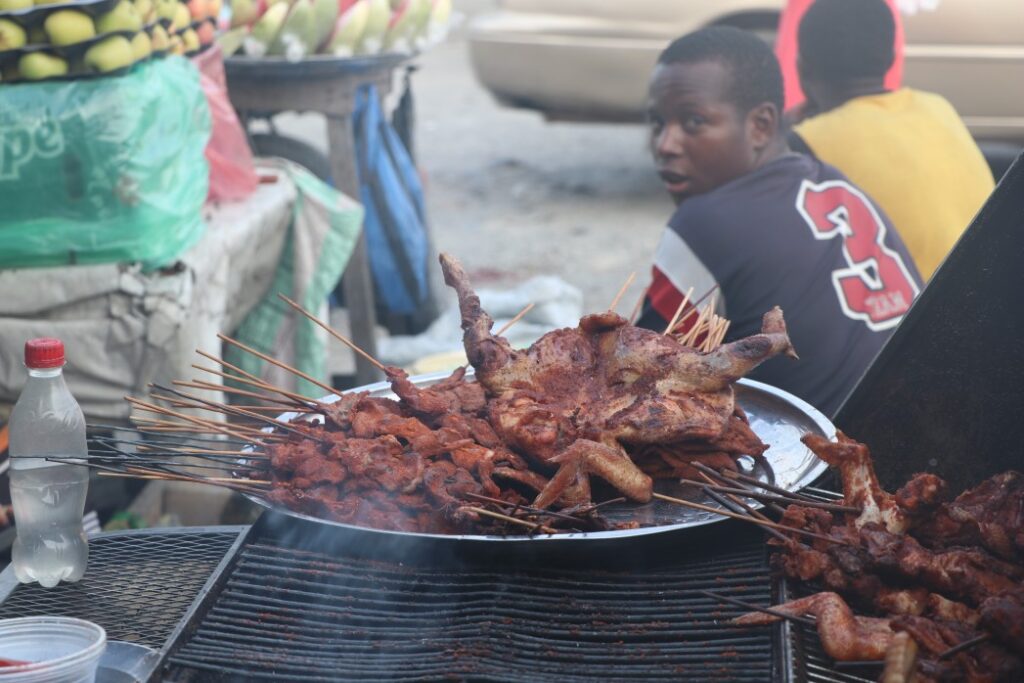 Ogbono is the seed of the African wild mango. The seed is dried and then milled for ogbono soup powder. This is one of the easiest and fastest Nigerian soups to prepare, and often, beef and fresh fish can be added to implement protein. It is preferred by the Nigerian people because it is affordable and easy. Egussi soup is also known as melon seed soup in Nigeria. This soup is prepared with melon seeds, meat, and fish. The Nigerian egussi soup is a staple in most Nigerian homes. Egussi is part of the watermelon family and is similar on the outside to a watermelon in therms of the appearance of its skin. Unlike the watermelon, egussi has a bitter white flesh and much like pumpkin seeds are baked or roasted and eaten as snacks, so are the egussi seeds. 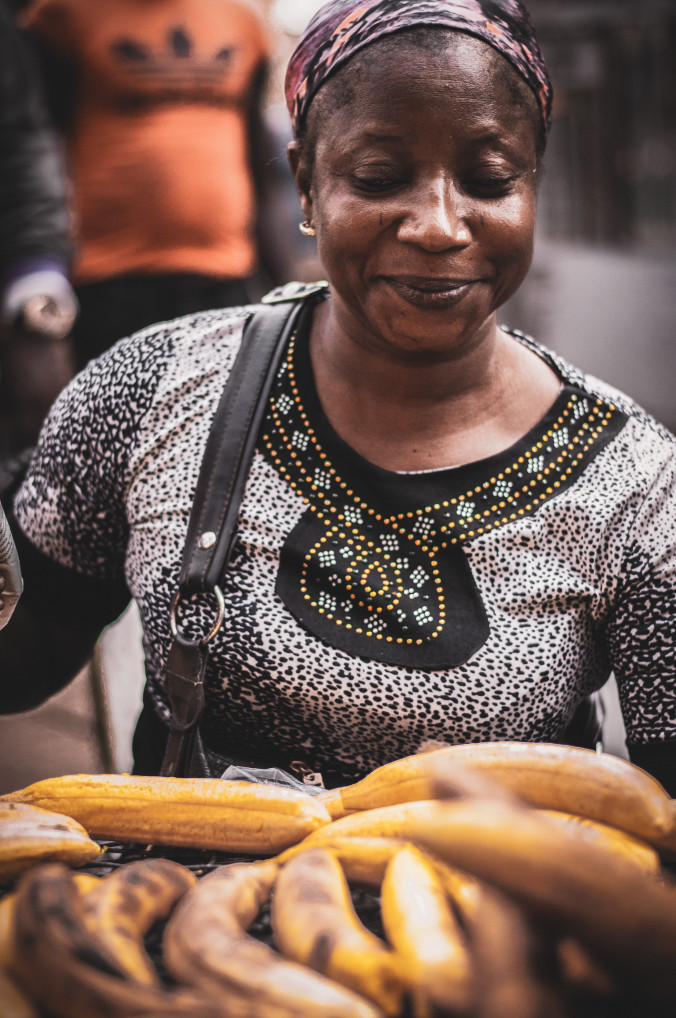 Jollof rice is a popular meal all over Africa and it has quite a few variations. It is a classic Nigerian meal flavored with tomatoes, peppers, and a slew of local seasonings.  The most popular jollof rice dish is made with tomatoes. As for dessert, Nigerians love plantains (we do too) and it can be utilized as a sweet finish or can be served with breakfast. It is said that plantains were brought from the Caribbean by—you guessed it—Portuguese sailors.

Sweet potatoes are also a traditional Nigerian ingredient known as coming from Central and South America, though Nigeria and Uganda are big producers in the global market. They can be prepared either fried, boiled, grilled, pureed, made into soups, or used in salads and come in white, orange, yellow, red, purple or brown and are highly revered as a healthy dietary must-haves due to their high traces of beta carotene. Nigerian cuisine may have been influenced by travelers, colonists, and mariners, but the roots of its gastronomic origin remain a beautiful part of the region.

Today, the cuisine continues to be passed down from families through generations, which is why Nigerian sister duo, VanJess have shared one of their family recipes for famed pepper soup. VanJess is a Nigerian-American R&B duo composed of sisters Ivana and Jessica Nwokike.

Sisters Ivana and Jessica recently debuted their new cooking show, Homegrown Kitchen by teaching the audience how to make this family recipe while tracks from their new EP ‘Homegrown’ set the relaxed, intimate mood.. Known as one of the most exciting musicians of the moment that are never short on glamour, this sister duo proves time and again that they have an endless arsenal of talent. And that includes proudly sharing their Nigerian heritage with viewers and listeners around the world. 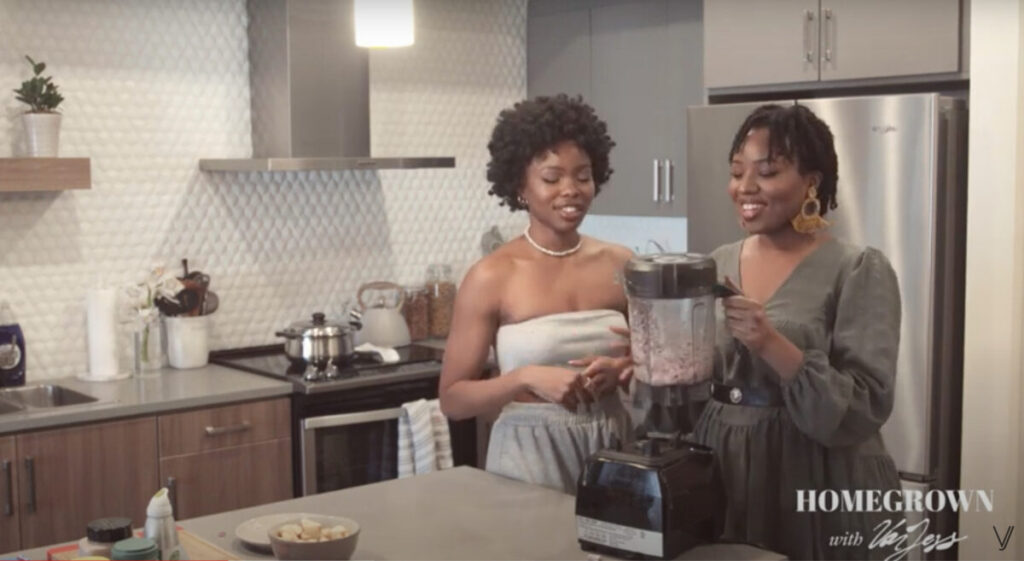 The town of Igbo-Ora is known as the nation’s home of twins. Many of the local Yoruba people believe their consumption of yams and okra leaves to be the cause of their high birth rate of twins. While some fertility experts believe that certain yams contain a natural hormone that could cause multiple ovulation, there is no scientific evidence of this phenomenon.

Nigeria is a diverse multiethnic country with more than 520 spoken languages. While English is the official language, Hausa, Yoruba and Igbo are also major languages in the country.

Lagos, the former capital of Nigeria before being moved to Abuja, is the country’s largest and most populous city and has been dubbed “Africa’s Big Apple,” in reference to New York City.

The country’s film industry, known as Nollywood, is one of the largest film producers in the world, second only to India’s Bollywood.

Nigeria is home to Aliko Dangote, the richest man in Africa. Dangote’s business interests in agriculture, banking, cement, manufacturing, salt and sugar have earned his net worth of more than $12 billion.

Largely due to its export market, Nigeria is the largest economy in Africa. While the agricultural industry accounts for approximately 70 percent of the country’s employment, petroleum products are the primary export—accounting for more than 90 percent of Nigeria’s exports.

Like in other African countries, some Nigerians consider the left hand to be unclean and using it to be a sign of disrespect. Those that believe this do not eat, shake hands or receive items with their left hand.

Despite gaining their independence in 1960, Nigeria has remained a member of the British Commonwealth, an association of 53 sovereign states. The country is also a member of the African Union.

ATOD Magazine’s Founder, Dawn Garcia is a proud member of the African Tourism Board.

Eating Your Way Through OKC Surprising your…