October marks a month of change from indicators of fall finally arriving, to the celebration of horror movies and Hallow’s Eve experiences. This month in honor of Hispanic Heritage Month, I wanted to showcase a list of Latina and Hispanic female horror directors. Why? Because if we don’t start celebrating the work by women in film and television, the narrative we’ve been exhausted by for so long will never change.

But first and foremost, kudos to Variety writer Rachel Yang who in 2018, responded to Blumhouse Jason Blum’s claim that the reason they didn’t have any films directed by women was because there simply weren’t  women making horror movies. Yang did a quick google search and found 15 women filmmakers who had done precisely that: make horror movies. Blum’s claim was disproven … just like that. Blum isn’t the first man in the industry to make those snap judgments. He also won’t be the last. So, how do we shift that perspective and ensure more women are in fact making more films? We make sure more women are actually being given the opportunity to make more movies, especially in a genre where there is ample room (and funding).

If we as women—in the film and television industry … and as women who love consuming the genre—don’t collectively do what Yang did and prove this idea wrong, we’re doing a disservice to ourselves. 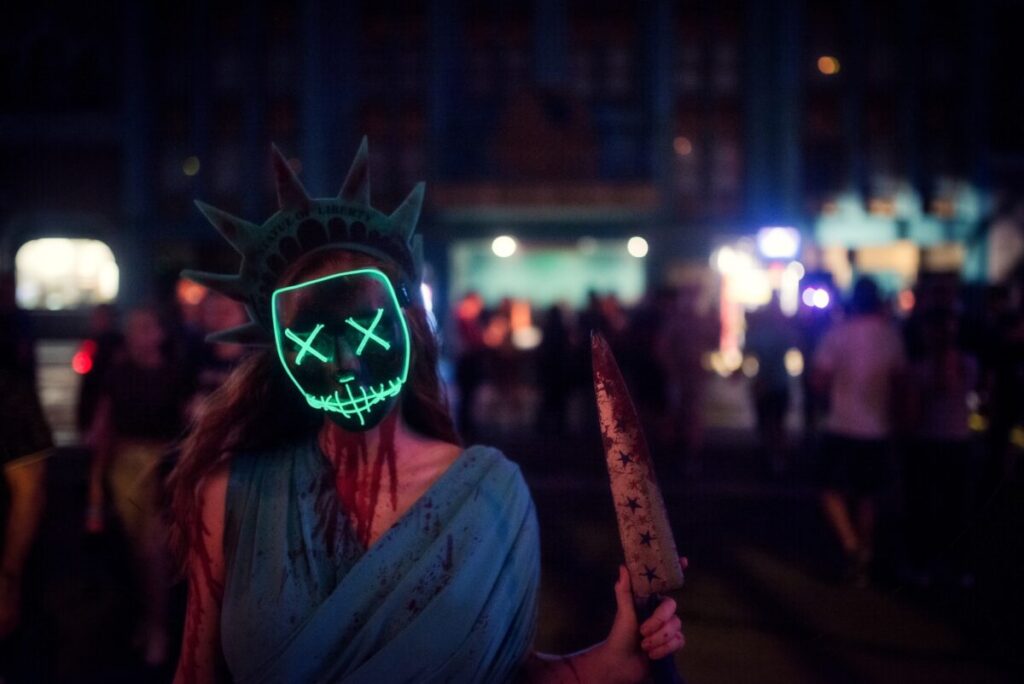 Yang’s list included Karyn Kusama, Julia Ducournau, Leigh Janiak, Coralie Fargeat, Issa Lopez, Catherine Hardwicke, Ana Lily Amirpour, Jodie Foster, Claire Denis, Mary Harron, Jovanka Vuckovic, Kimberly Peirce, Jenn Wexler, Anna Biller, and Sophia Takal. Of course when Blumhouse was called out with a rather spectacular and diverse list of female horror directors, Blum later apologized for his lapse in judgment. That list of female filmmakers alone was worthy of a very loud and intentional mic drop—but it’s worth noting that those women have continued to wow audiences with unique horror movies that should be included in your Halloween roundups.

Getting back to it being final week of Hispanic Heritage Month, it seems apropos to put together a list of five films in the genres of horror and psychological thrillers that are made by Latina and Hispanic women. Sadly, it was very difficult to find. Clearly this is one of yet another genre of films that needs more Latino and Hispanic voices, and its one that is primed for growth. What’s even more challenging is how few voices evade the stereotypes.

Vanessa Martinez and Aida Ylanlan from the Los Angeles Times says, “For more than a decade, on-screen representation has hardly improved for Latinos, despite being one of the fastest-growing communities in the U.S.

In 1999 — when none of the broadcast networks’ 26 new fall series featured a non-white lead, sparking a boycott by advocacy groups such as the National Hispanic Media Coalition (NHMC) and the National Assn. for the Advancement of Colored People (NAACP) — the National Hispanic Foundation for the Arts told The Times that Latinos, who then represented 11% of the population, made up fewer than 2% of characters on television.”

Today’s data hasn’t moved the needle much. In an interview with The Associated Press last month U.S. Rep. Joaquin Castro, D-Texas, Castro said, “American media, including print journalism, has relied on stereotypes of Latinos. If the goal is the truth, well that certainly has not served the truth.”

The truth is that Latin American communities are not aptly represented in modern media. While there are rare exceptions, there is a gaping hole in stories told from the breadth of diversity that exists in the Latin American and Hispanic communities, especially those told by women. It’s up to us as writers, filmmakers, journalists, and media outlets to do a hell of a lot better.

The narrative cannot and will not change until we change it ourselves.

Carrillo is from Guadalajara, Mexico. Carrillo’s stop action animation short film, Cerulia explores a girl’s return to her childhood home where she is haunted by her past. The animation is beautiful with tones and textures that lend to the darkened, morose world of horror.

Guerrero is from Mexico City, Mexico. Her film, Bingo Hell takes place n the Barrio of Oak Springs live a strong and stubborn group of elderly friends who refuse to be gentrified. Their leader, Lupita, keeps them together as a community, a family. Turns out their beloved Bingo hall is about to be sold to a much more powerful force than money. Ironically, it was Blumhouse that produced this.

Tigers Are Not Afraid, Written and Directed by Issa Lopez

Lopez is from Mexico City, Mexico. Her film, Tigers Are Not Afraid is a dark fairy tale about a gang of five children trying to survive the horrific violence of the cartels and the ghosts created every day by the drug war. This film goes deeper than a few frights, it touches on the innocence of children who have been catapulted into the darkness of men.

In an article in Listas, they talk about Mexican horror-fantasy filmmaker Issa Lopez. Known for Tigers Are Not Afraid, the story of a group of orphans surviving on the streets in spite of the violence caused by drug cartels in Mexico, Lopez who at the time was known for writing romantic comedies, changed the landscape of Mexican cinema. Not many films were being made in the genre, let alone in Mexico and that single film opened the door to more women exploring the genre. Lopez says she was attracted to the horror genre because it “goes directly into our most intimate, primal emotion.”

Casabe is from Buenos Aires, Argentina. Her film Los Que Vuelven takes place in 1919 South America, a landowner’s wife is desperate for a child of her own, having suffered through multiple miscarriages. She finds hope, however, in a seemingly outlandish plan: She’ll pray to a mythical deity to resurrect her stillborn son. The plan works, but with the child comes something else, something evil.

With eery aspects including the moments of silence and stillness, Los Que Vuelven is an exploration into desperation and isolation.

Pereda is from Madrid, Spain. Her film The Devil’s Tail unravels as a young nurse begins her shift at an old city hospital. After a strange apparition, one of the oldest nurses tells her that a patient, Mr. Moore, entered the hospital a few years ago, with his body completely burned after a fire. Mr. Moore was operated on urgently by the doctors, but no one wanted to assist him. The pain and drugs had driven him mad – One night one of the nurses went to his room but his bed was empty. Nothing was heard from him anymore. A bell interrupts the story. The call comes from Mr. Moore’s room. The story takes place in a very run down hospital that immediately causes the viewer to feel uncomfortable.

Below are some resources that explore the misrepresentation of the Latin American culture in media.

An exercise in the futility that comes with trying to dissect what it is that makes life worth living, Priestley’s film is largely successful on the backs of the mesmerizing Tatiana Maslany (Orphan Black) and veteran actor Richard Dreyfuss. Cas & Dylan follows one terminally ill Dr. Cas Pepper (Dreyfuss) on his way home one day from work at the hospital, when he is approached by the charming Dylan Morgan (Maslany), a 22-year-old quick-witted, smooth-talking social misfit, and talked into giving her a road home.