“THE CONGRESS” A Film by Ari Folman

If given the choice to be young forever, would you jump at the opportunity? Actress Robin Wright (Princess Bride, House of Cards) is given that choice, albeit through contractual agreements, by the fictional Miramount Studios in Ari Folman’s (Waltz with Bashir) The Congress. Studio executives propose her body and facial expressions should be scanned by advanced computers with motion capture technology so they can puppeteer her image into c-grade films and, as the greedy studio head Jeff (Danny Huston) would argue, “keep her young forever.” The only stipulation: she can never act in films, television or stage again—and she will be given a lump sum of money in return for signing away her identity. Wright reluctantly agrees at the pressure of her agent (Harvey Keitel) who argues her poor life choices and burned bridges have left them with few other options to consider.

Twenty years follow and a grey-haired Robin Wright drives a sports car down a desolate desert road of a very different America; the rapid expansion of science and technology has created a culture of psychedelic pharmaceuticals that can change reality into an animated world that looks like the personal nightmares of Mickey Mouse. Penn arrives at the gate for Miramount Studios, taking the drug at the urging of a security guard, and descends into a psychedelic world of land-swimming whales, robot butlers and other fantastical characters and creations. Nothing is what it seems, nobody can be trusted, and the concept of reality and personal freedom is now a stale concept.

The first act of The Congress is live-action, filmed by Michal Englert, a Polish cameraman that won best cinematography at Sundance for Lasting, and every frame is absolute beauty; each scene a canvas to be explored, consisting of vibrant colors and moody set pieces that draw you in like a Van Gogh painting. Soon after, the film transitions entirely into colorful and surreal animation that has an underlying sense of dread in its imagery. The switch from live-action to animation can be jarring at first, but it differs from films like Cloud Atlas which make jerky tonal choices that create eye-rolls rather than dropped jaws—and that is due to an incredibly strong script that shelters the animated segment from treading on tacky, kitschy seas—instead creating a brainy science fiction film that surprises the audience often and explores the depths of the human heart. 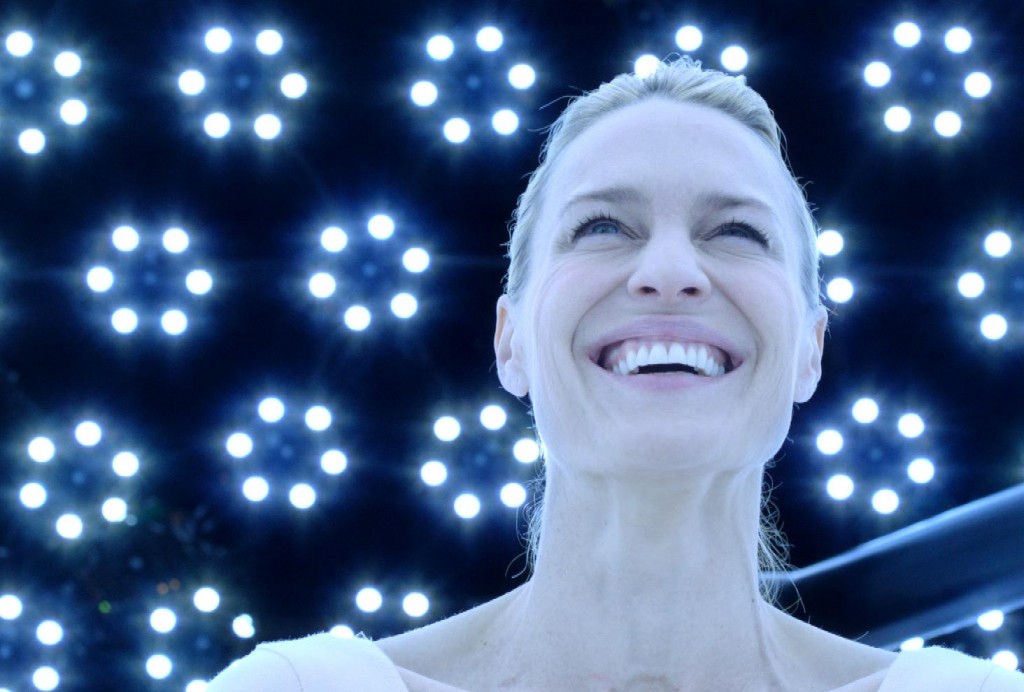 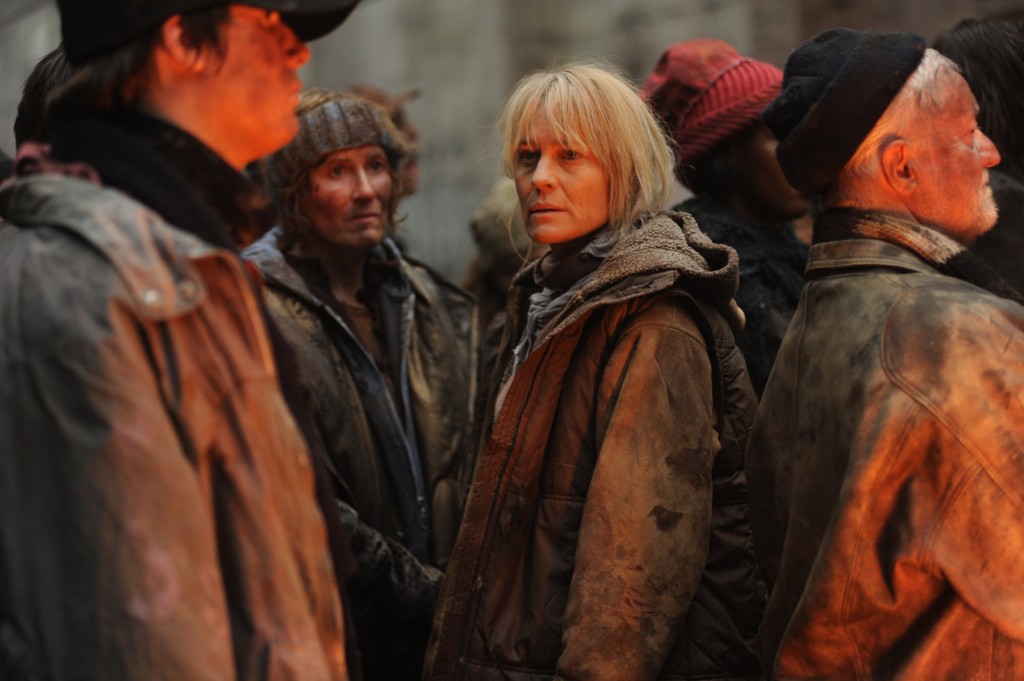 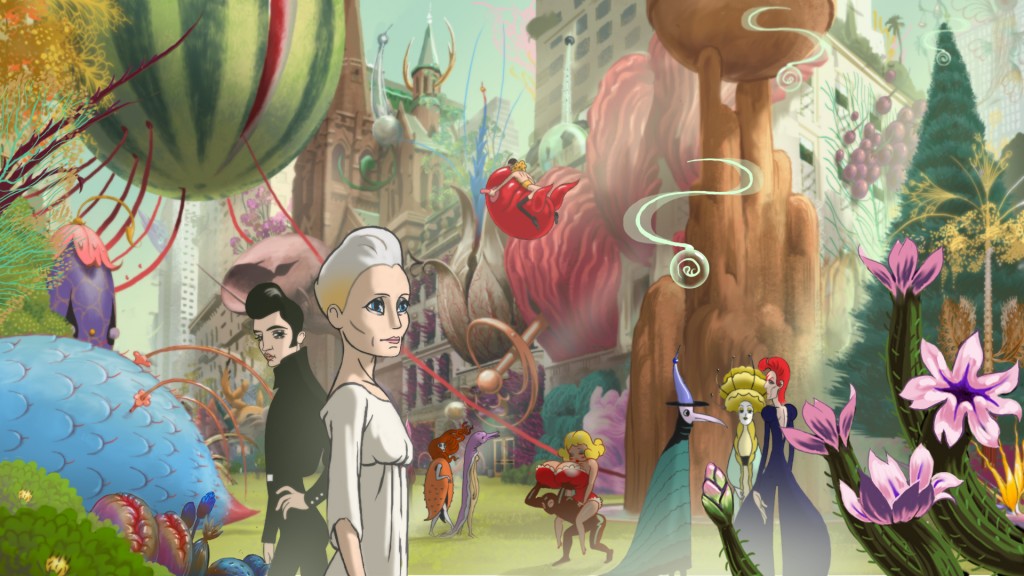 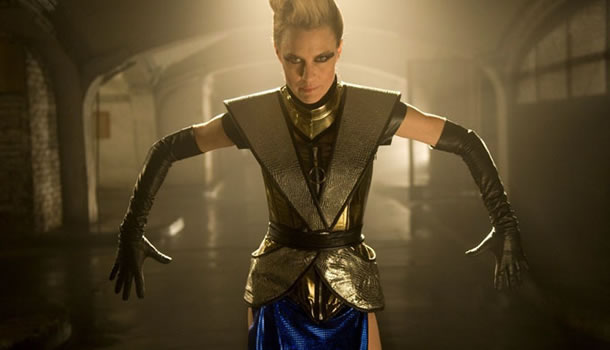 That being said, The Congress isn’t a perfect film. It can feel a bit uneven in its tone—sometimes teetering between a Spike Jonze and Wachowski Bros. film—and it expects the audience to willingly extend a hand to the lengthy, animated portion without struggle—but the flaws are embraceable since the script continuously remains clever. The dark, inventive aspects of the story not only prove interesting but often satirical, hoisting itself beyond extrasensory schlock with gorgeous imagery and sharp wit. It unapologetically jabs at big business and the film industry at large, all the while portraying tangible relationships between its characters amid the chaotic, psychedelic elements.

Robin Wright’s performance really carries the film as she battles against a world voluntarily surrendering their freedom to become a figment of their own imaginations; she brings density to the self-deprecating role of herself, and although animated for most of the film she still exhibits her versatility as an actress. Harvey Keitel, Paul Giamatti, Jon Hamm, and Kodi Smit-McPhee complement Wright’s performance with compelling characters that exhibit the remaining humanity in a world of nightmarish delusion and rampant greed.

Loosely based on the satirical novel The Futurological Congress by Stanislaw Lem, The Congress is an ambitious and flawed film that takes bold and imaginative leaps many films fear to attempt: it will satisfy as well as polarize and while I think a second viewing of The Congress is necessary to prove the fantastical elements hold water, it is undeniably an entertaining and trippy experience that will quell the thirstiest of art-house and science fiction fans. I highly recommend giving it a look and definitely go into it with an open mind. Arguably one of my favorite films at the Newport Beach Film Festival of 2014 and a real head-scratcher.

Winner of the following Awards:

Some things in life we can’t see…