If you’re feeling jaded by London I suggest ascending 35 floors above it. Above the congestion, the grey, unrelenting drudgery, the infinite chain of branded shops, restaurants and mega-stores of Oxford Street, sits the London Garden. Amidst the train delays and commuter angst, the tourists, upwardly mobile, privileged graduates, there it is. In East London, elderly women are out in the sprawl, flanked by banks and fresh office space, in deep discussion over the latest news in Britain. Despite the daily goings in a sometimes chaotic metropolis, up here, it is beautiful.

The Sky Garden is the answer for anyone in search of that feeling one might expect from some sort of magical levitation. For the price of absolutely nothing other than allowing yourself to book a ticket online, you can be gently shot up into the Shangri-La of skyscraper living in a matter of seconds.

When the elevator opens we’re greeted by graceful, multi-lingual women who look like cabin crew from a wealthy tycoon’s Lear jet. They lead us into the lofty bar. Jazz plays as people lounge with cocktails or take innumerable selfies (not with selfie sticks because gladly, those are banned up here) in the mini botanical garden, like Tarzan and Jane’s, above an urban jungle. Wherever you look, everyone is grinning and scratching their heads at the 360 degree view of the 21st century city. It’s a picture postcard of every iconic building and bridge in London. The Shard, the Gherkin, Tower Bridge, the Millennium Wheel, you name it, it is all there, twinkling below in the hazy winter sunlight. It’s a true escape from the everyday. It’s a haven. The best bits are seeing the unseen – just why are their manicured lawns on City apartments? And, stare long enough at the winding, snaking Thames from this height and it is impossible not to break out into a Kinks song.

It’s also pleasing that there’s tight control on numbers so we can all wander around in total serenity, like we own this place or something. It feels as if it is a different era in an alternate reality – as if we’ve all conquered London from way up high. Thankfully, the champagne is cheap enough to allow this feeling to sustain us for the rest of the day. It helps once we’re back below, walking along the Thames past the Christmas markets, thinking, “You know what? London’s not bad at Christmas, not bad at all”.

A sip for the road … DOBEL 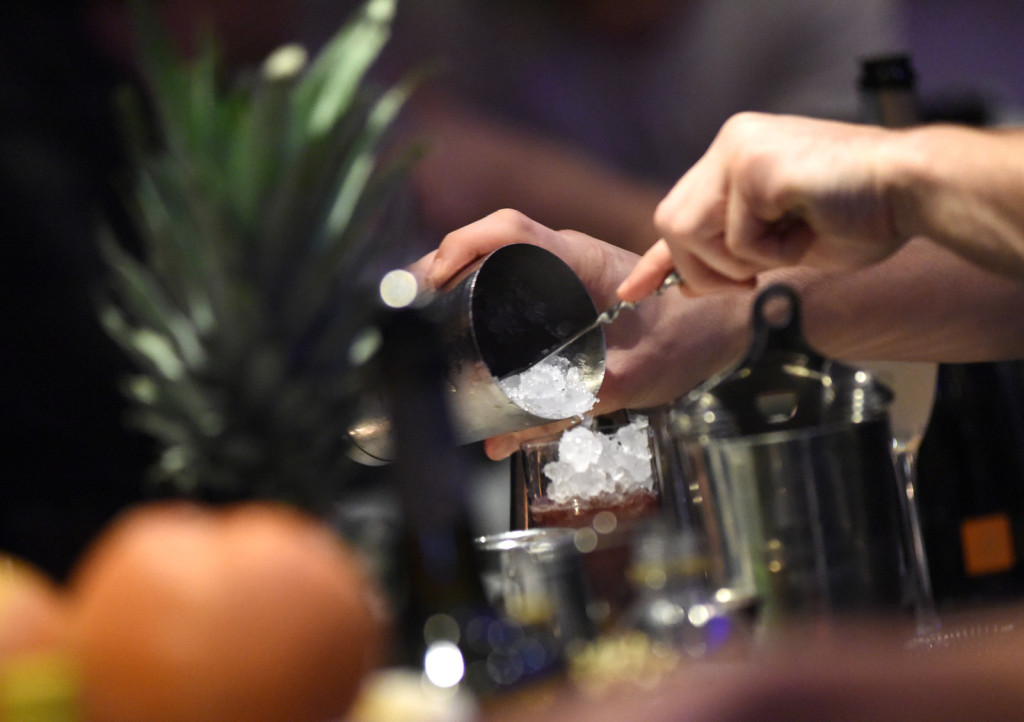