Together to celebrate global design

World Architecture Festival, the world’s largest live-judged international architectural event, opened this month in Amsterdam. Following a busy day of live presentations, in which hundreds of shortlisted projects were presented by architectural practices from around the world, the first award winners of the 2019 festival have been announced. The first day’s awards category winners include Heatherwick Studios, Tabanlioglu Architects, WilkinsonEyre and Morphis and many more.

The ‘Civic and Community – Completed Buildings’ category was won by Condition Lab – School of Architecture CUHK & UAL Studio – School of Architecture and Urban Planning GZU for Gaobu Book House which serves the 2,500 people of Gaobu Village, one of the Dong minority villages located on the Pingtan River in Tongdao County, Hunan Province. Judges commented: “Gaobu Book House is totally intertwined with the community; a project that goes well beyond the actual building and demonstrates excellence of process.”

The winners of the ‘Culture – Completed Buildings’ award were Civic architects (lead architect), Braaksma & Roos Architectenbureau and Petra Blaisse at Inside Outside for their LocHal Public Library – a new urban living room for Tilburg in an iconic former locomotive shed of the Dutch National Railways. Judges celebrated the project for its ‘fine details and the use of textiles which create the necessary intimacy for the human scale, whilst considering the old steel structure”.

The winners of the ‘Display – Completed Buildings’ category was The Vessel in New York by globally renowned practice, Heatherwick Studio which offers a ‘new and innovative’ way for the general public to engage and create chance encounters.

TERROIR were winners of the ‘House – Completed Buildings’ category for Castle Cove House in Australia. Judges stated that ‘with the diversity and complexity of space, there is a visual shattering of the boundaries between inside and out’.

Nextoffice were victors in the ‘Housing – Completed Buildings’ category, supported by GROHE, scooping the award for their Cedrus Residential. Judges commented “this is a wonderful, holistic and intellectually challenging project of worldwide merit.”

Allford Hall Monaghan Morris won the ‘New and Old – Completed Buildings’ award for The Bower – a contemporary mix of retail, restaurants, studios and large offices housed within a former collection of 1960s buildings originally built for British Telecom. The project was described by judges as a ‘clever realisation of the existing building to create unique office space’ whilst ‘knitting together the city fabric’.

Additionally, FCHA triumphed in the ‘Office – Completed Buildings’ category with their Vanke Liuxiandong Design Community – A4+B2 Plot Design – a ‘highly sustainable and transformed corporate environment into one that welcomes the public.’

Rogers Stirk Harbour + Partners won the ‘Production, Energy & Recycling – Completed Buildings’ award for The Macallan Distillery and Visitor Experience which has been ‘masterfully embedded in the landscape through an undulating timber roof with grass cover’, taking inspiration from historic references’.

The ‘School – Completed Buildings’ category winner was HIBINOSEKKEI + Youji no Shiro + KIDS DESIGN LABO with the YM Nursery in Yonago, Tottori, Japan, which encourages children to feel at one with nature. As described by the judges, the project ‘demonstrates huge sensitivity to the experience of young children, from the layout of the building as an open pavilion, to the use of materials such as wood, stone, fire and water’. Judges added “the project embraces nature holistically in its concept and detail”.

Anna Noguera + Javier Fernandez won the ‘Sport – Completed Buildings’ category with their Turo de la Peira’s sports center – the result of an architectural competition held by Barcelona’s City Council for the landscape planning of an interior urban block and sports facility consisting of an indoor heated swimming pool and a sports court which has been awarded for its ‘outstanding use of resources with a sustainable ethos’.

The ‘Transport – Completed Buildings’ award, was won by Integrated Design Associates for their Mactan Cebu International Airport Terminal 2, an expansion of the second largest airport in the Philippines. Judges described the design as ‘simple’ but ‘elegant’ with many ‘locally sourced materials’ that would be ‘capable of future expansion’.

The ‘Civic – Future Projects’ category winner was Harry Jerome Community Recreation Centre in Vancouver, Canada by HCMA Architecture + Design. The building contains nine major spaces including an aquatic centre, ice arena, curling, gymnasium, skatepark, fitness and dedicates areas for children, youth and retirees. Redefining recreation to promote wellness in the community, the judges commented “A flow of natural landscape, including water features, boulders and trees manages to permeate and enliven the upper terraces which allows views to the sea, the city and the mountains.” 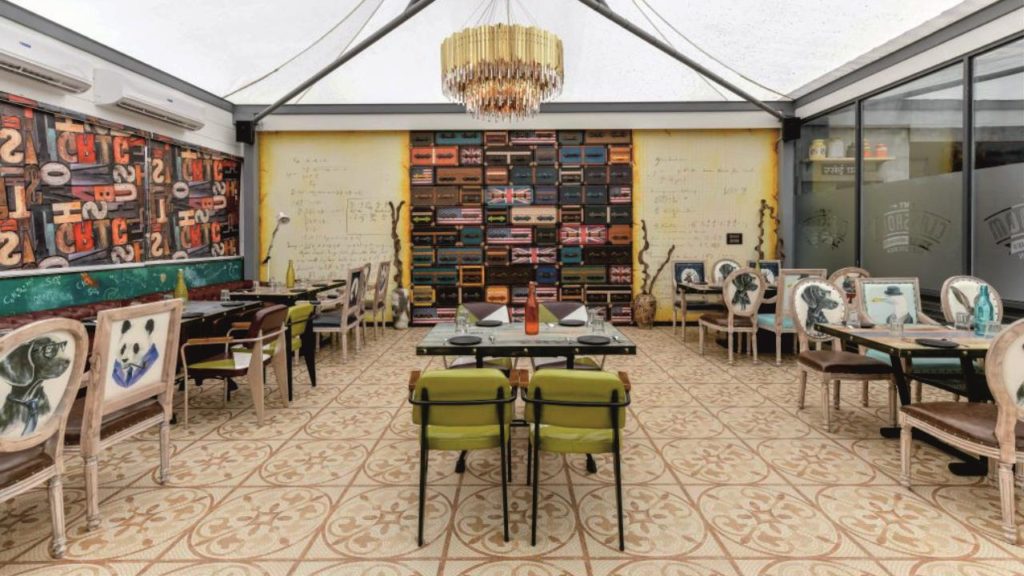 Tabanlioglu Architects was victorious in the ‘Leisure Led Developments – Future Projects’ category, winning the award for their Tersane Halic – Halic Shipyards. The new project includes marinas, hotels, housing, offices and leisure areas which will respect and protect the symbolic silhouette of old Istanbul, with design elements which ‘capture the spirit of the place in its use and materiality whilst allowing future flexibility’.

ADEPT and KARRES EN BRANDS together with Transsolar, Büro Happold, Kraft won the ‘Masterplanning – Future Projects’ award for THE CONNECTED CITY Oberbillwerder. The 360-hectare masterplan close to Hamburg City Center, was described by the jury as having ‘comprehensive and well thought out strategies’ when designing the masterplan.

The ‘Office – Future Projects’ award went to Modern Office of Design + Architecture for the Attabotics Headquarters – a new 12,000 sq metre manufacturing and office headquarters for a robotics company in Calgary, Canada. The judging panel was particularly impressed by ‘the interiors and vertical integration of elements of the building’. They added that “the concept is perfectly thought through and developed into a beautiful building that sets new standards for modern manufacturing”.

Tomorrow will see another set of category winners announced at the RAI Exhibition and Convention Centre, before WAF culminates with the glittering Gala Dinner and Awards Ceremony where the winners of the World Building, Interior, Future Project and Landscape of the Year will be announced.

Running alongside WAF is its sister event INSIDE which will showcase 2019’s most ground-breaking interiors projects. Visitors to INSIDE will be able to view this year’s best in class interiors nominations from leading practices and designers across four continents.
For more details on the WAF and INSIDE Awards and the festival please visit: www.insidefestival.com, www.worldarchitecturefestival.com #WAF19 #INSIDE19 @Insidefestival @worldarchfest

WAF is where the world architecture community meets to celebrate, learn, exchange and be inspired.

INSIDE World Festival of Interiors runs alongside WAF, with its own awards and conference programme.  Delegates have access to both events.

Shortlisted entrants will compete for category prizes on the first two days of the three-day Festival, which will take place in Amsterdam on the 4th, 5th and 6th December 2019. On the final day, category winners will present again to Super Juries of experienced and respected judges, who will decide on the World Building of the Year, Future Project and Completed Building of the Year Awards.

WAF is proud to work with Founder Partner, Grohe, and headline partners ABB Busch-Jaeger and Miele. 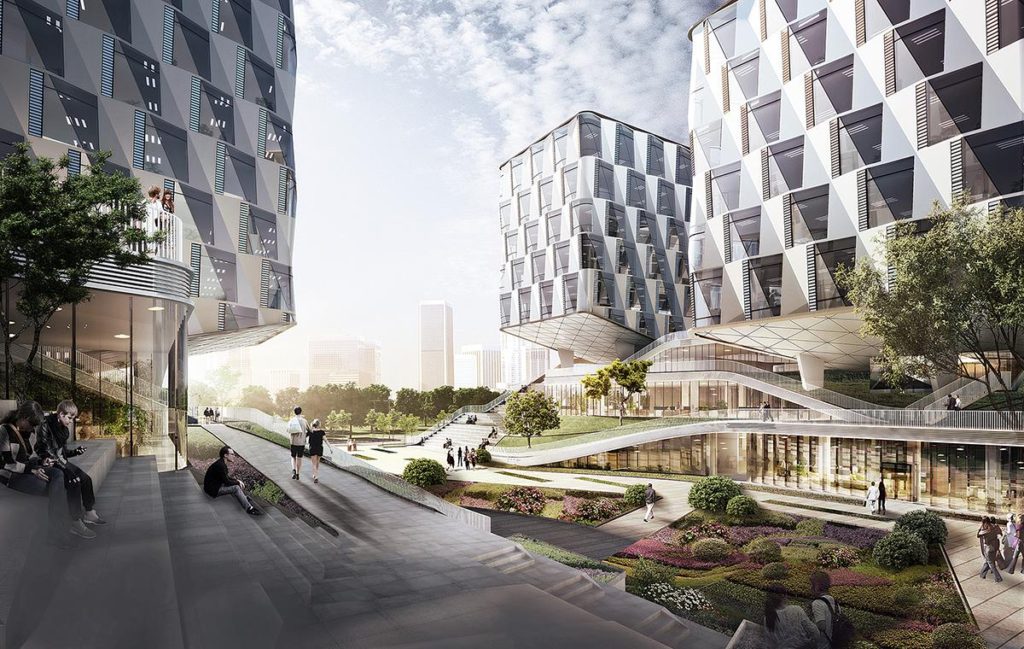 GROHE is the world’s leading provider of sanitary fittings and has a total of over 6,000 employees, 2,400 of which are based in Germany. GROHE has been part of the LIXIL Group Corporation since 2014.  As an international brand, GROHE pursues the brand values of technology, quality, design and sustainability, seeking to offer the “Pure joy of water”.  GROHE has been developing new product categories since its inception.  This includes the GROHE Blue and Red water systems and the recently introduced GROHE Sense water security system, which is an innovative component in the growth market of smart home technology.  Innovation, design and development are closely aligned with one another and are enshrined in the German site as an integrated process.  As a result, GROHE products carry the seal of quality “Made in Germany”.  In the past ten years along, more than 300 design and innovation awards as well as several top rankings in the German Sustainability Awards have confirmed GROHE’s success.  GROHE was the first in its industry to win the German government’s CSR prize and was also featured in the renowned Fortune® magazine’s ranking of Top 50 that are “Changing the World”.

We are proud to have an eclectic range of Guest Contributors + Partners. Whether sharing their knowledge, telling a philanthropic tale, taking a bite out of life, or sharing a personal essay, every one of our contributors and partners add so much to the ATOD Magazine platform.