FIDM and Genera+ion come together to present a pop-up installation, the Un-Fashion Show in celebration of inclusion and self-expression

Fashion has long since been a reflection of the creative spirit. It has acted as a means in which we each express who we are, how edgy or confined we choose to be, but most importantly, it becomes part of our entire identity—especially when we’re in high school. Costume designer Shirley Kurata couldn’t agree more. Together Kurata and Los Angeles’ FIDM have come together to present a pop-up installation that will tell the stories of the characters brought to life in HBO Max’s newest original series, Genera+ion.

“We’re proud to present the Un-Fashion Showcase with those themes in mind and we can’t wait to unveil the impressive final designs helmed by the next generation of fashion designers—FIDM’s talented students and alumni— with Shirley’s guidance, with Genera+ion’s fans.” 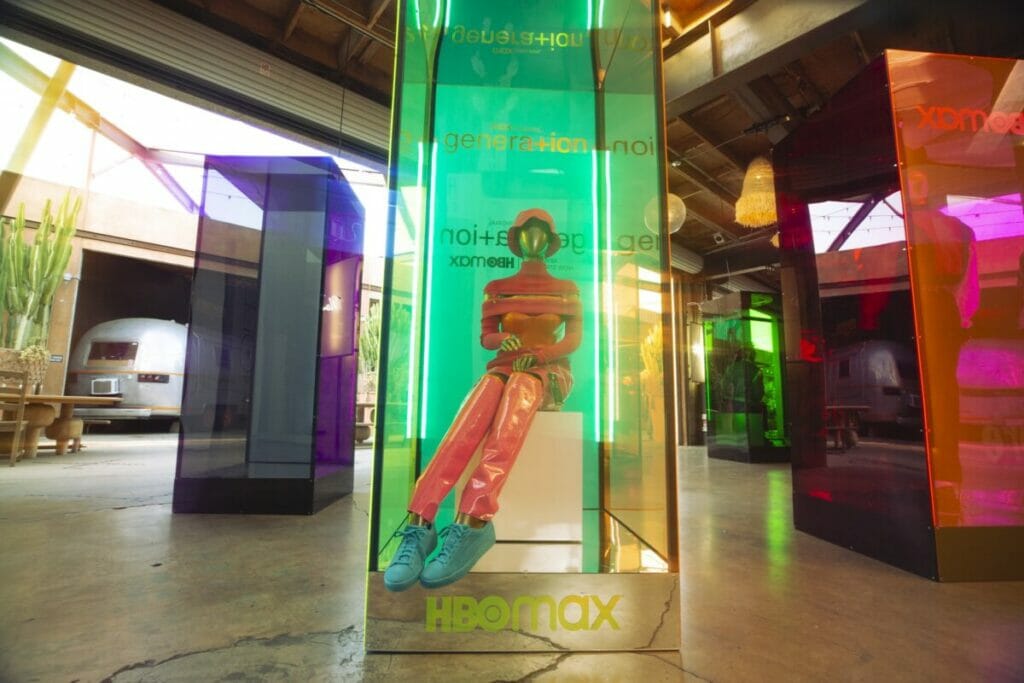 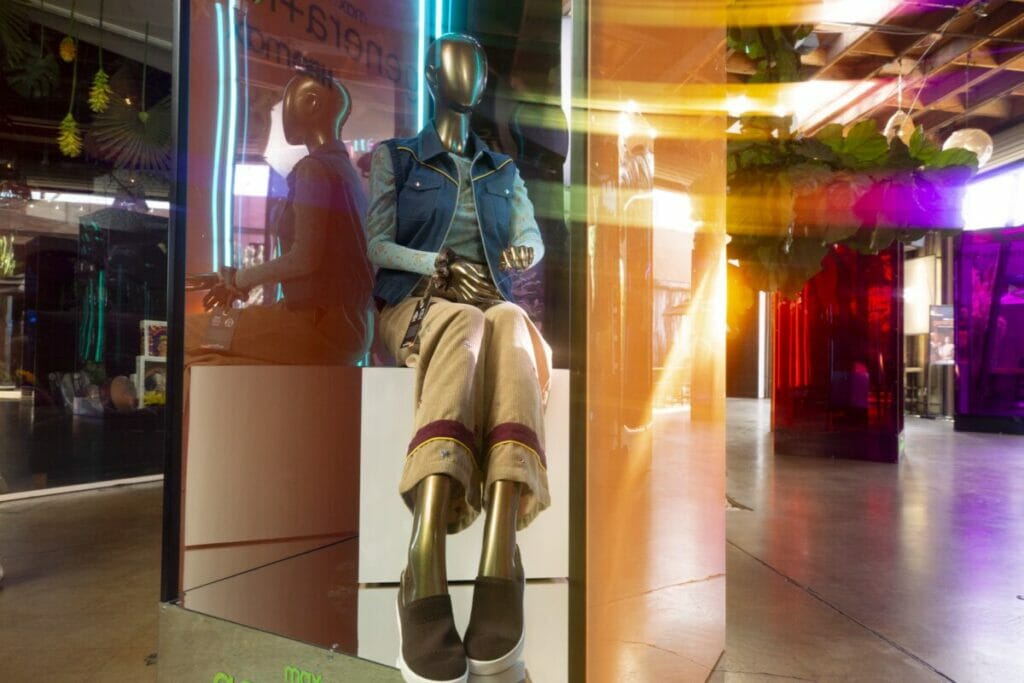 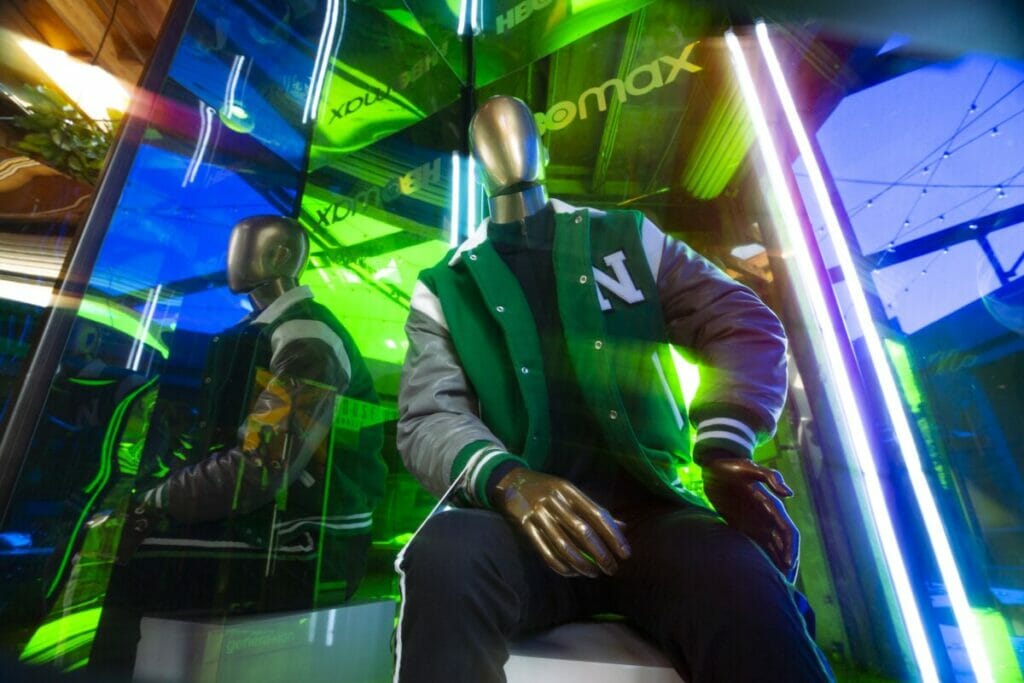 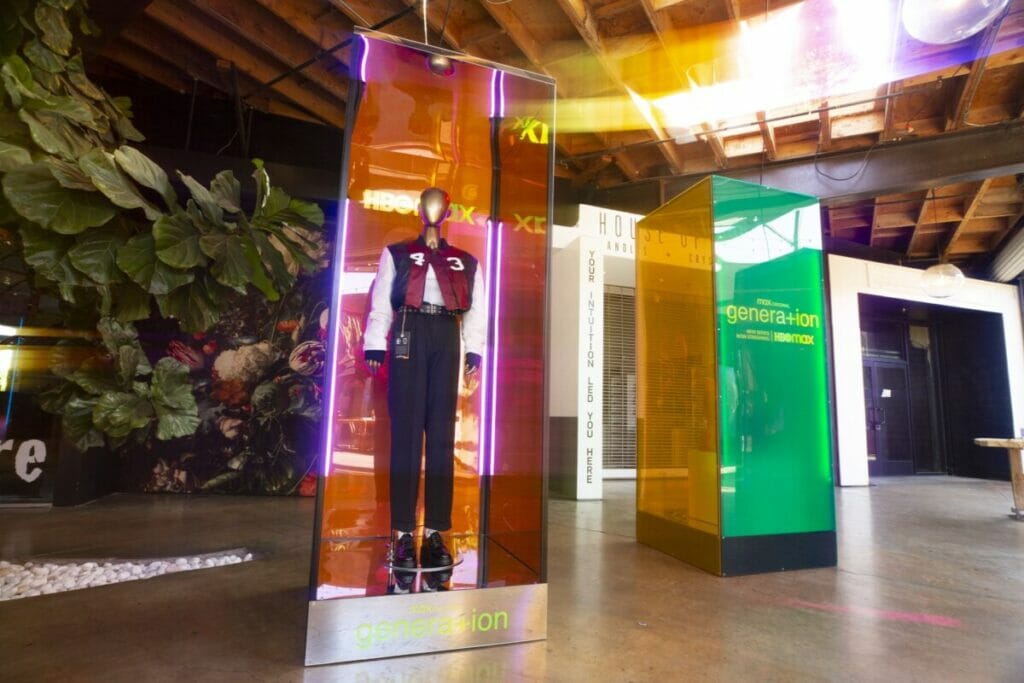 The Looks of a Genera+ion digital lookbook will be available on media partner Nylon’s website and social channels. This interactive content hub will provide an in-depth look at the Un-Fashion Showcase where fans can see the looks as captured by rising photographer Myles Loftin, read about each designer, and explore the world of Genera+ion through NYLON’s website and social channels.

NYLON and its culturally obsessed audience has long been at the forefront of what’s next in fashion and entertainment,” said Alyssa Vingan, Editor in Chief, NYLON.

“We are excited to be partnering with HBO Max and FIDM to help empower the next generation of creatives and thinkers and to champion their work with our like-minded readership.”

The series’  independent producer, Ben Barnz is known for finding the rare character-driven material that doesn’t shy away from literary prowess.  One of our favorite projects of his is the film, “Cake”. He frequently collaborates with his husband, filmmaker Daniel Barnz who is the writer, director and executive producer of the series. Together they formed We’re Not Brothers Productions, named because everyone who doesn’t know them assumes they must be brothers. They are not. The show is inspired by a conversation he had with their daughter Zelda where she told him stories about Sexuality and Gender Alliance at her school. We should all listen more to our kids …

HBO Max partnered with premier fashion school FIDM and Genera+ion Costume Designer Shirley Kurata to select up-and-coming student and alumni designers to create custom-made fashion looks inspired by each of the central characters on the show. The Un-Fashion Showcase will be designed by New York-based artist Mason Webb and captured by rising photographer Myles Loftin.

Drawing inspiration from fashion as a vehicle for self-expression, FIDM identified sixteen up-and-coming student and alumni designers and invited them to participate in the showcase. Each designer was paired with one of the eight central characters from Genera+ion and briefed by Kurata on her vision and creative inspiration. Designers then went through two rounds of feedback and review, and Kurata selected one final look per character to go into production. 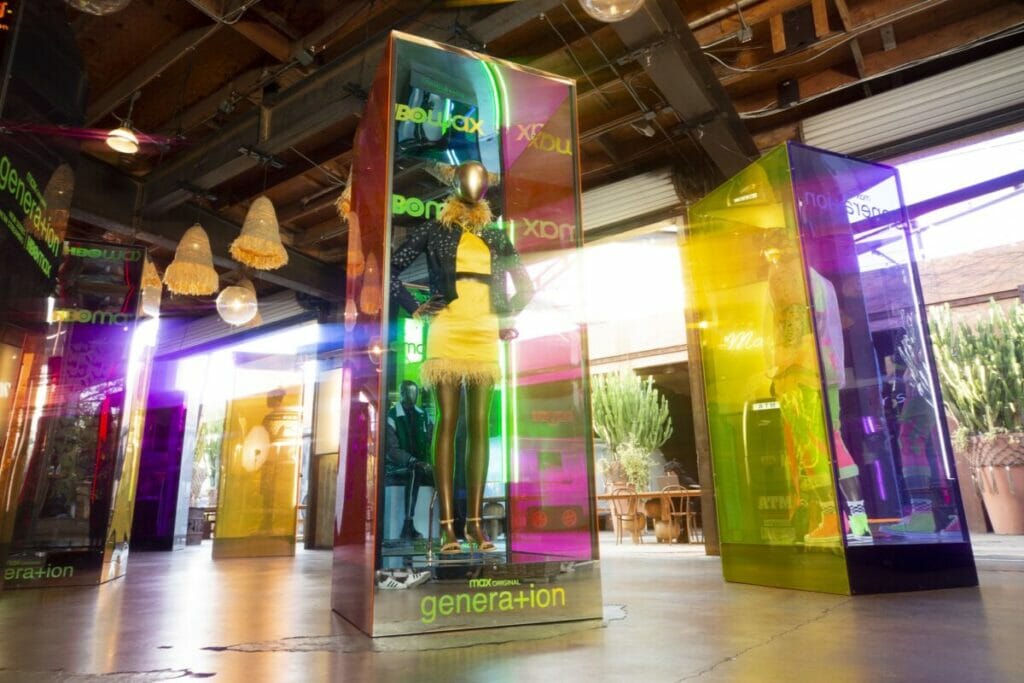 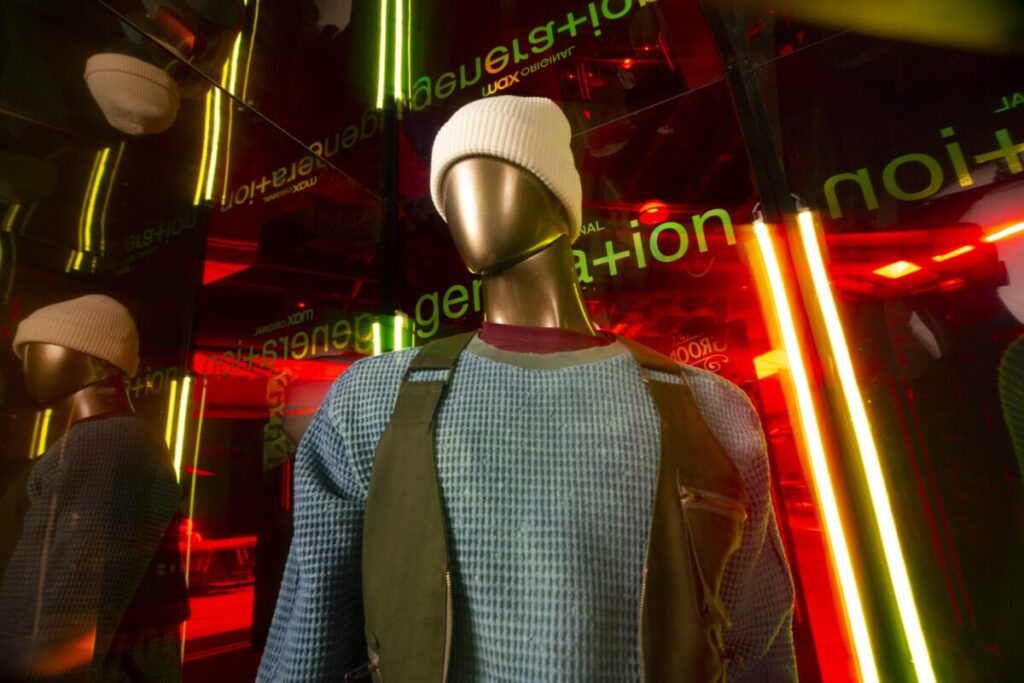 Much like the characters of Genera+tion, FIDM alumni are redefining the role of future fashion,” said Amanda Starling, Special Projects Chair, Fashion Institute of Design & Merchandising. “Inclusion, self-expression, and ethical responsibility drive these designers to pursue their authentic and creative vision.”

New York-based artist Mason Webb will physically design the installation and photographer Myles Loftin will capture photography and video content. Webb will create a series of reflective columns using two-way tinted glass. Mannequins sporting the eight winning looks will be placed inside of the columns while others will be left open, allowing fans to create and capture their own photo moments. Loftin, who was recently named to Forbes’ “30 under 30” class of 2020 for Art & Style, will shoot images and video content from the installation for a digital lookbook titled “Looks of a Genera+ion.”

FIDM (Fashion Institute of Design & Merchandising) is an internationally recognized college with over 70,000 graduates. A private institute for specialized professional education, FIDM is accredited by the Western Association of Schools and Colleges Senior College & University Commission (WSCUC) and the National Association of Schools of Art and Design (NASAD). FIDM offers degrees in 32 disciplines, including a Master of Business Administration (MBA).

The college is headquartered in downtown Los Angeles, California. FIDM has filmed extensively with the television show, Project Runway and other shows include: Project Runway: Under the Gunn, as well as Design School, an original series on HGTV featuring FIDM Interior Design students. FIDM was frequently featured on MTV’s The Hills, starring FIDM student, Lauren Conrad.

The LAB, which is an acronym for Little American Business, was born over 25 years ago as an escape from suburban retail monotony. Formerly a night-vision goggle factory, the Anti-Mall has since embraced a vibrant community of lovers of art, music, fashion and hip cuisine. Creativity and connection are the foundation of The LAB and the indoor-outdoor space is brimming with purposeful boutiques, local and international dining, and personal wellness services. In addition to art installations featuring local artists and innovative ideas, The LAB hosts an array of creator focused events like maker’s marts, open-mic nights and community art projects. The LAB recently celebrated over 25 years of Anti-Mallism and is looking ahead to the next 25!

Founded in 1999, NYLON is a leading cultural destination for young adults. Acquired by Bustle Digital Group in 2019, NYLON lives at the intersection of fashion, entertainment, and music, empowering the next generation of style-seekers, emerging voices, and underground talent. NYLON is headquartered in New York City.

As members of the Leadership Council of the Resistance Squad, LA LGBT Center’s Rapid Response Policy Team, we here at ATOD are advocates of gender and racial equality and activists for compassionate legislation and policy reform. It’s critical that people know there are resources they can utilize should they need them. And while we work to unite the world and end divisive tactics on all fronts, the organizations below are there for you. As are we.

The It Gets Better Project exists to inspire LGBTQ+ young people to realize and fearlessly pursue their greatest potential. The Phluid Project is grounded in purpose and humanity through fashion, community, activism and education. The rising voice of today’s youth rejects gender binaries and desires an all encompassing space, both physically and virtually, that allows us to wear what makes us feel good and express ourselves with freedom and authenticity.

The Human Rights Campaign envisions a world where every member of the LGBTQ family has the freedom to live their truth without fear, and with equality under the law. We empower our 3 million members and supporters to mobilize against attacks on the most marginalized people in our community.

The American Foundation for Suicide Prevention is dedicated to saving lives and bringing hope to those affected by suicide. AFSP creates a culture that’s smart about mental health through education and community programs, develops suicide prevention through research and advocacy, and provides support for those affected by suicide. Led by CEO Robert Gebbia and headquartered in New York, and with a public policy office in Washington, D.C., AFSP has local chapters in all 50 states with programs and events nationwide.

PFLAG is the first and largest organization for lesbian, gay, bisexual, transgender, and queer (LGBTQ+) people, their parents and families, and allies. With over 400 chapters and nearly 250,000 members and supporters crossing multiple generations of families in major urban centers, small cities, and rural areas across America, PFLAG is committed to creating a world where diversity is celebrated and all people are respected, valued, and affirmed.

The National Alliance on Mental Illness is a US-based advocacy organization originally founded as a grassroots group by family members of people diagnosed with mental illness. NAMI is dedicated to building better lives for the millions of Americans affected by mental illness.

For over 40 years, Teen Line (a 501c3 organization) has been the authority on teen mental health. Teen Line provides support, resources, and hope to young people through a helpline of professionally trained teen counselors, and works to destigmatize and normalize mental health through outreach programs.