Aurora Sexton Does More Than Let Them Eat Cake

Arriving at Hotel Erwin on the infamous Venice Beach boardwalk, I settle in to a hightop table and take a seat as Aurora Sexton walks in wearing a gorgeous corset tied denim floor-length dress that hugs every curve perfectly, donning flawless skin with pristine makeup, hair parted perfectly in the middle and pulled back into a seamless bun, and an undeniable grace and sophistication that invites you in. And then she smiles and says hello, and I feel like I’m sitting in a room with an old friend. We meet during DirectTV’s Drag Bowl, an event hosting the most entertaining and elite drag queens, all while the SuperBowl airs in the background on the Hotel Erwin rooftop during a perfect Southern California day.

Actress, model, performer and advocate of trans rights, Sexton is the kind of icon who lives up to the ideal. She is the embodiment of compassion, unity, equality and sheer beauty (inside and out) and to be in her presence is one of those magical moments in life where you know having just been around her, your life will never be the same. Below is a look at our conversation that summer day in Venice Beach where my world was forever changed … in the most profoundly beautiful way. Sun blazing, sunshine beaming from her smile, the candid way she shares her story and enormous heart is endearing.

Known for playing Disney villains, her drag performances encapsulate a kind of power, grace and generosity that we don’t often get to see so brilliantly displayed. Her work as a drag queen and trans activist make her truly special. She gives hope, immense support, and visibility to trans youth and that is something we hope to see more of from all facets of those in entertainment—and politics. 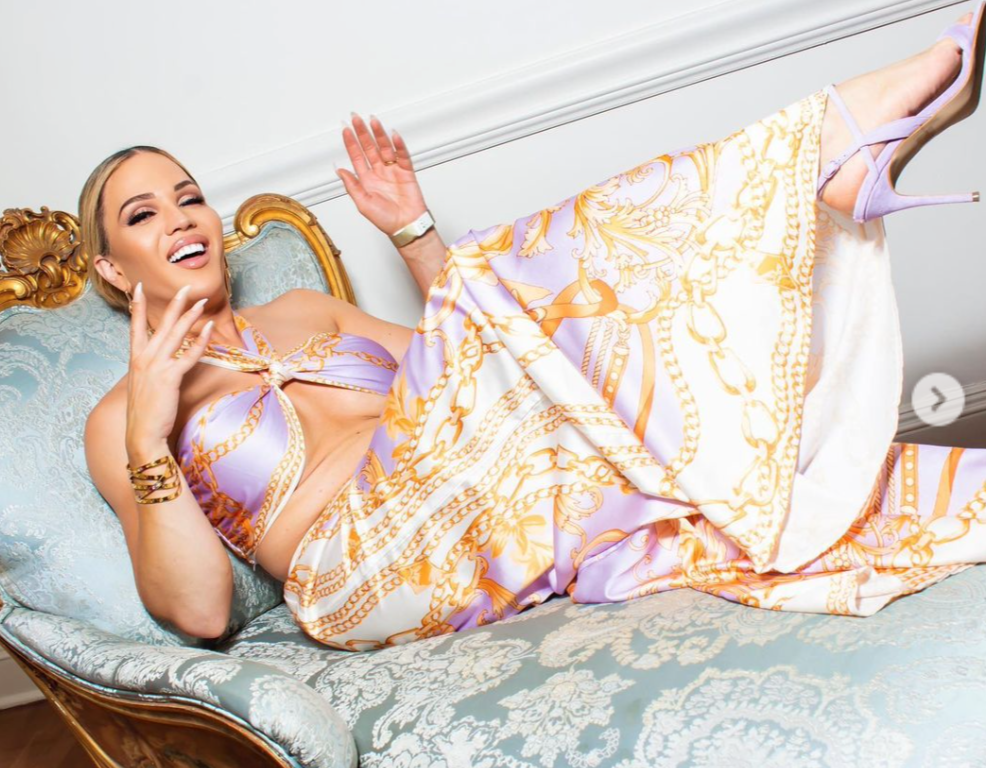 I’m so excited to be talking to you. Tell me a bit about your journey. How long have you been doing drag?

Oh god almost as long as I’ve been alive.  I was always dressing up from the time I could walk, I would rewind all the parts of the villains in Disney movies. My family would get concerned until I explained I didn’t want to do what they do, I just loved them. I always knew I wanted to be an actor or a performer of some kind. When I found drag, I was twelve and I saw a documentary on HBO called “Drag Time”. Lady Bunny Candis Cayne, all the people of the day were on it and I thought, “this is amazing! This is what I want to do.”

I had a somewhat tumultuous childhood, I ended up being kicked out of my house when I was 13. And it was drag queens and gay men and women that took me in and gave me a place to call home, taught me all the tricks of the trade and everything I’d need to take on the world.

It goes without saying that villains are far more interesting … (Aurora interjects, “and dress the best” to which no one can dispute)! If there was something you haven’t done that would encapsulate the last few years, what do you think that character would be?

Well you know most of the villains I had an affinity for were always from fantasy, in the past couple years, I took my dragging on a more political route because obviously Trump happened to America and the rest of the world, and we’re still recovering from that. I started impersonating Milania Trump and so that became my form of protest. That was how I fought back against their Administration by educating these audiences who these people are.

I created a one-woman show called Let Them Eat Cake, Diary of a First Lady It encompasses what I imagined her experience was like when she became the first lady, and I leave it up to the audience to decide if she is a villain or a hostage.

At the time of our conversation we discussed the Don’t Say Gay bill in Florida and the possibility of Texas criminalizing parents who even gave their kids blockers. In that moment it seemed impossible that anything so blatantly oppressive and targeting could happen and yet today, both of those bills have passed, abortion rights have been overturned on a federal level, and gay rights and women’s rights are officially under attack in a very real and frightening way.

Changing topics, in a world where LGBT, in particular trans kids are given more of a landscape to be themselves, space to explore their gender, their identity in spite of the pushback from government and extremist religious groups, what would you want to tell teenagers now looking to explore that part of themselves? 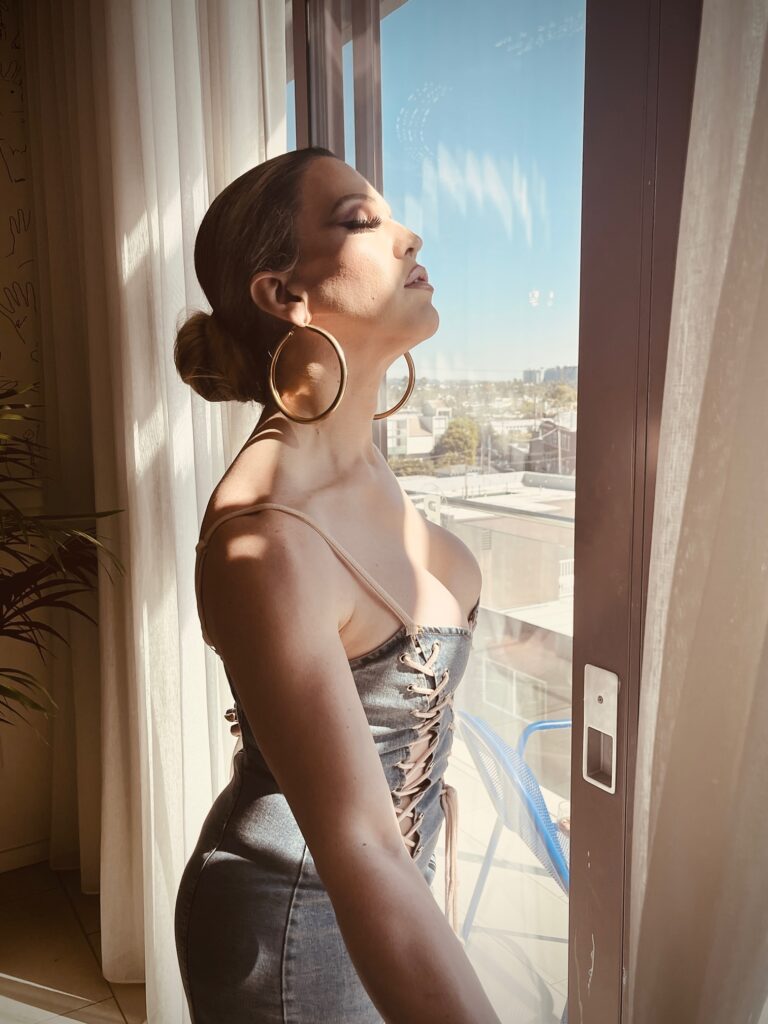 It’s a totally different world now. (When I was a kid) I searched and found a gay kids organization and I was lucky because my mom has always been very supportive of me. She would take me there to learn and would go there to educate herself. Trans wasn’t even a word. There was no representation anywhere let alone access to medical care. I actually found a transgender therapist when I was 15 and got approved. And the doctors, the women that treated me, were very cool.

A lot of times for us as trans people, we often have to educate doctors on our own healthcare and now there is so much knowledge that this isn’t a phase. It’s not something we woke up one day and decided, it’s who we’ve always known ourselves to be. Gender dysphoria is very real and the treatment for that is to transition and you live a much happier, healthier life. When my mom sees I’m happy and successful and I’m doing well, she knows we made the right decision.

I work in film and television production and we just worked with The Crane Center, specifically for transgender surgeries. It’s so important for us to pass The Equality Act to help people everywhere. There are some states in the South making it impossible for some kids to transition at all with laws prohibiting and criminalizing trans gender youth.

The thing we really need is more people to run. We need more women and LGBTQ to run for office.

On a different note, if you could play any woman in history, one that really made a difference in the world, especially in the trans community, who would it be?

Roles I want are people that are fearless. Those that use their status as a star to change the world, it’s not just about them. And that’s why I believe if you have this platform, use it to make a difference because when they talk about you in the history books, what do you want your story to say?

I want some young trans kid to look at something I did and say, she made my life easier.

Aurora Sexton continues to perform all around the country and is one of the most supreme human beings I have ever had the pleasure of meeting and speaking with. She is a true advocate of others within her community and beyond. She is a mentor to trans youth, a friend to all, and uses her voice and influence to empower others. If you have an opportunity to see her perform a drag show, we recommend it a million fold.

Trans kids in America are fearless, but those who continue to hold power — those with outdated ideals — are attacking LGBTQ kids at a level that should send us all running to the polls to demand compassionate legislation and real alliances in the political forum. Harvey Milk and Sylvia Rivera shouldn’t be the exceptions to making change. They should be the norm. Our collective voices can make a difference. VOTE.

As an ally and advocate for the LGBTQ+ community, we wanted to also offer the below support for those in the Trans community.

Al Gore releases the sequel to An Inconvenient Truth and this film is more essential to the world than ever. Focusing on the rapid changing climate …