L.A. is a young city, but it has always had its own cuisine.

Once a year, Angelenos gather together to explore the vibrant culinary scene in our city. Organized and brought to life by visionary and true ambassador of culinary excellence, the late Jonathan Gold, this year on the Paramount Pictures Studio backlot, we would gather to feast and to honor. While there are no words to describe the loss this city went through when Gold passed away, there was something extraordinarily beautiful about being at the Taste Los Angeles, especially knowing that his legend will continue with the launch of his other dream, The Taste Costa Mesa. 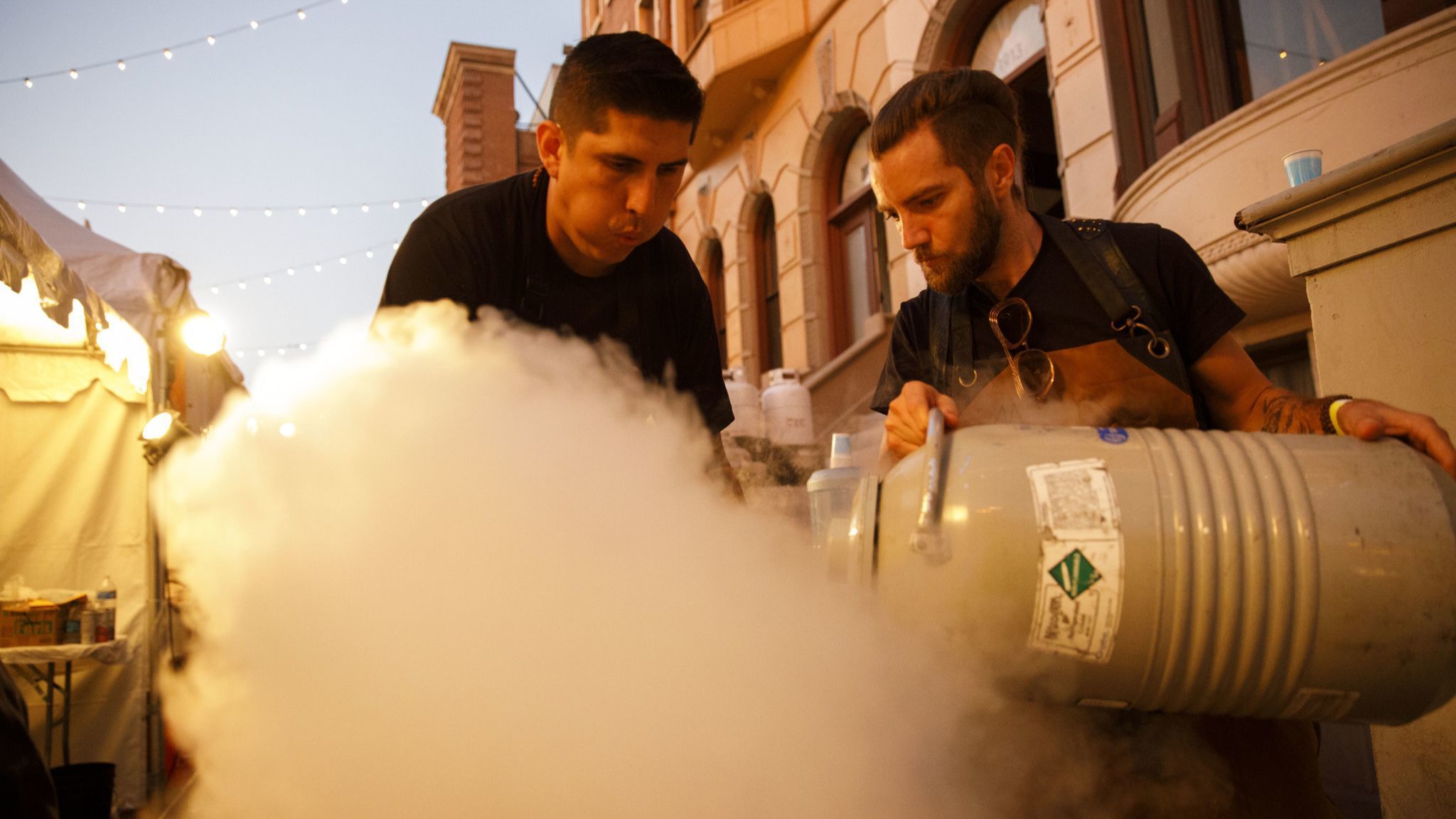 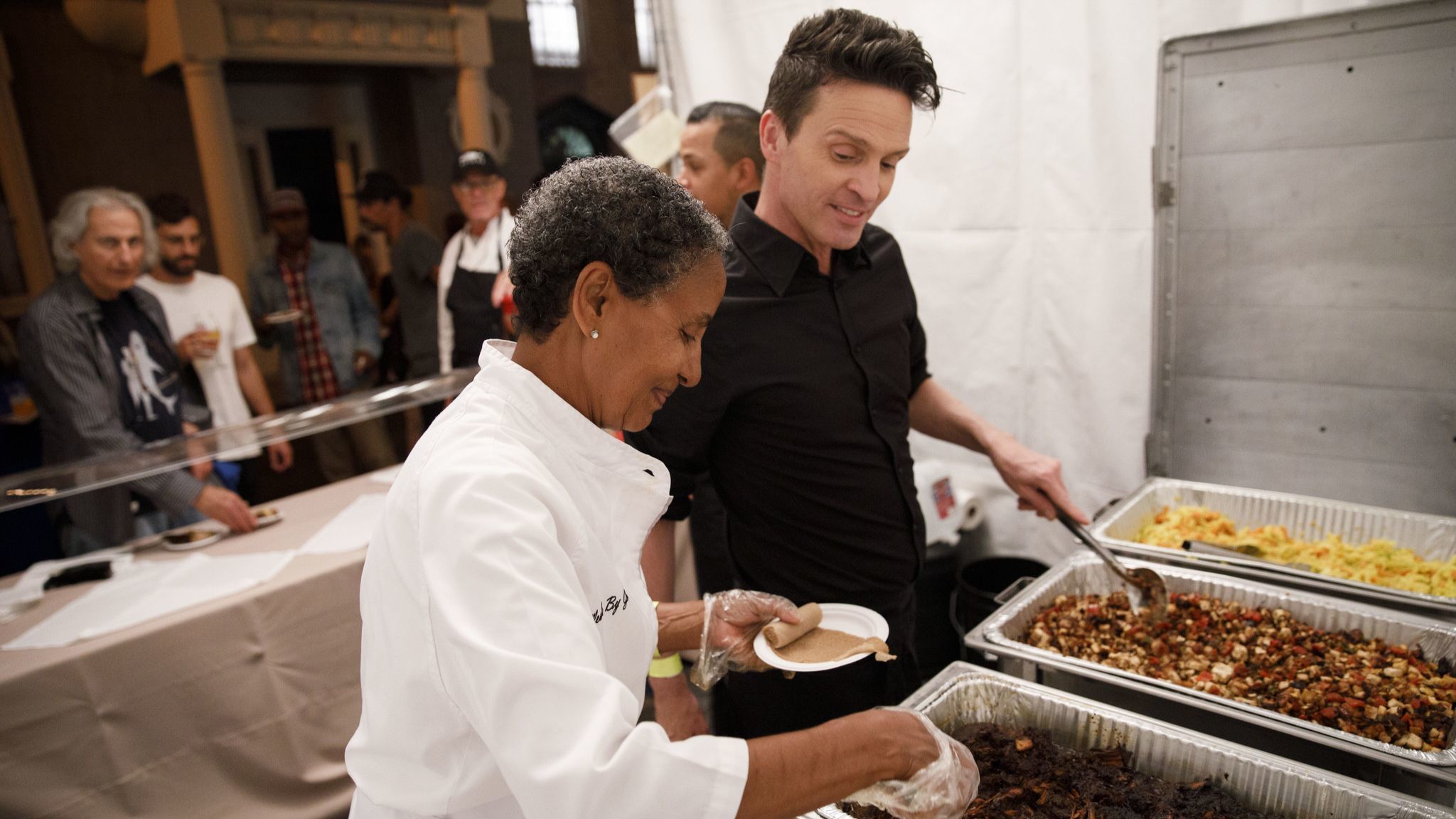 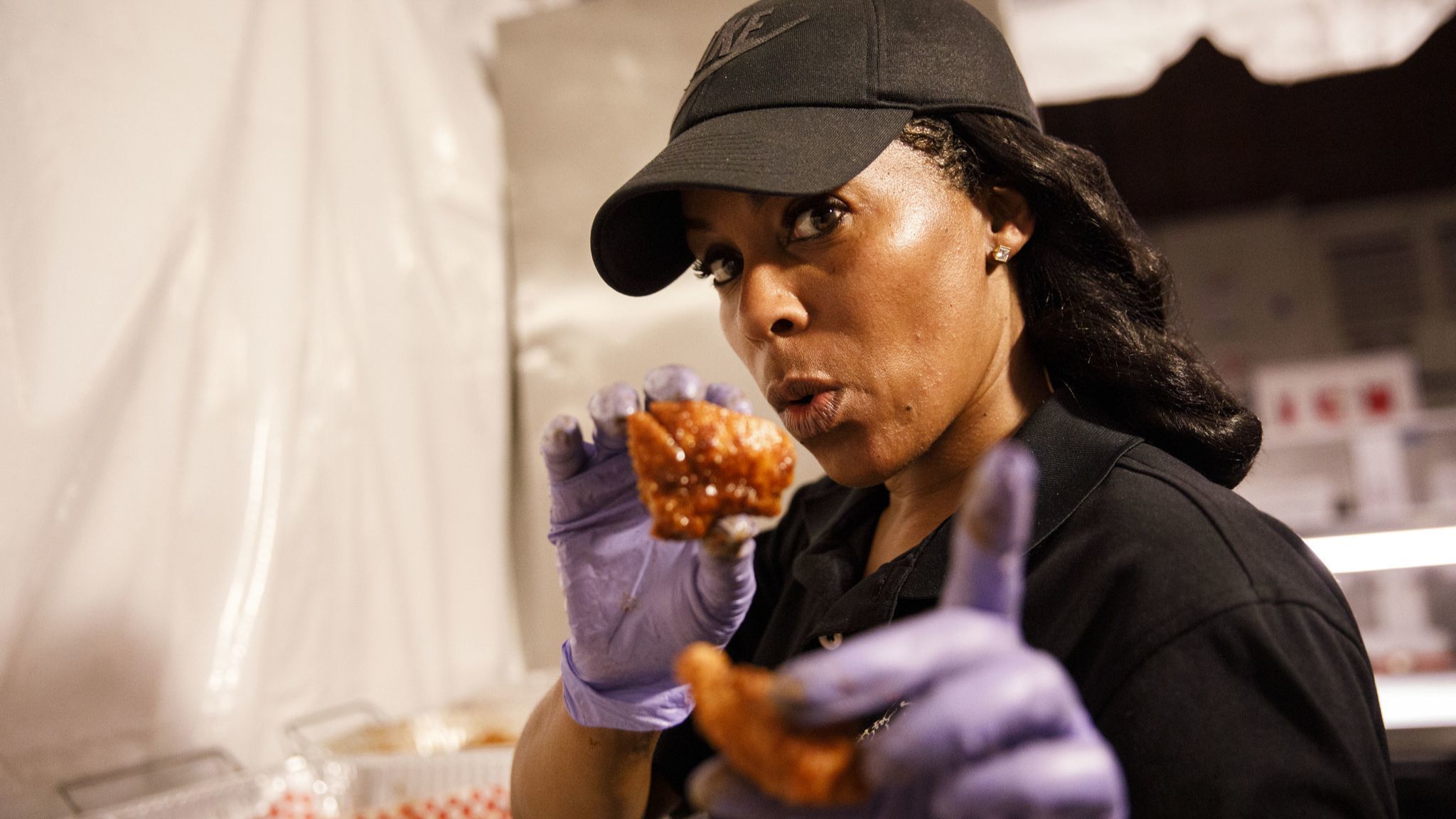 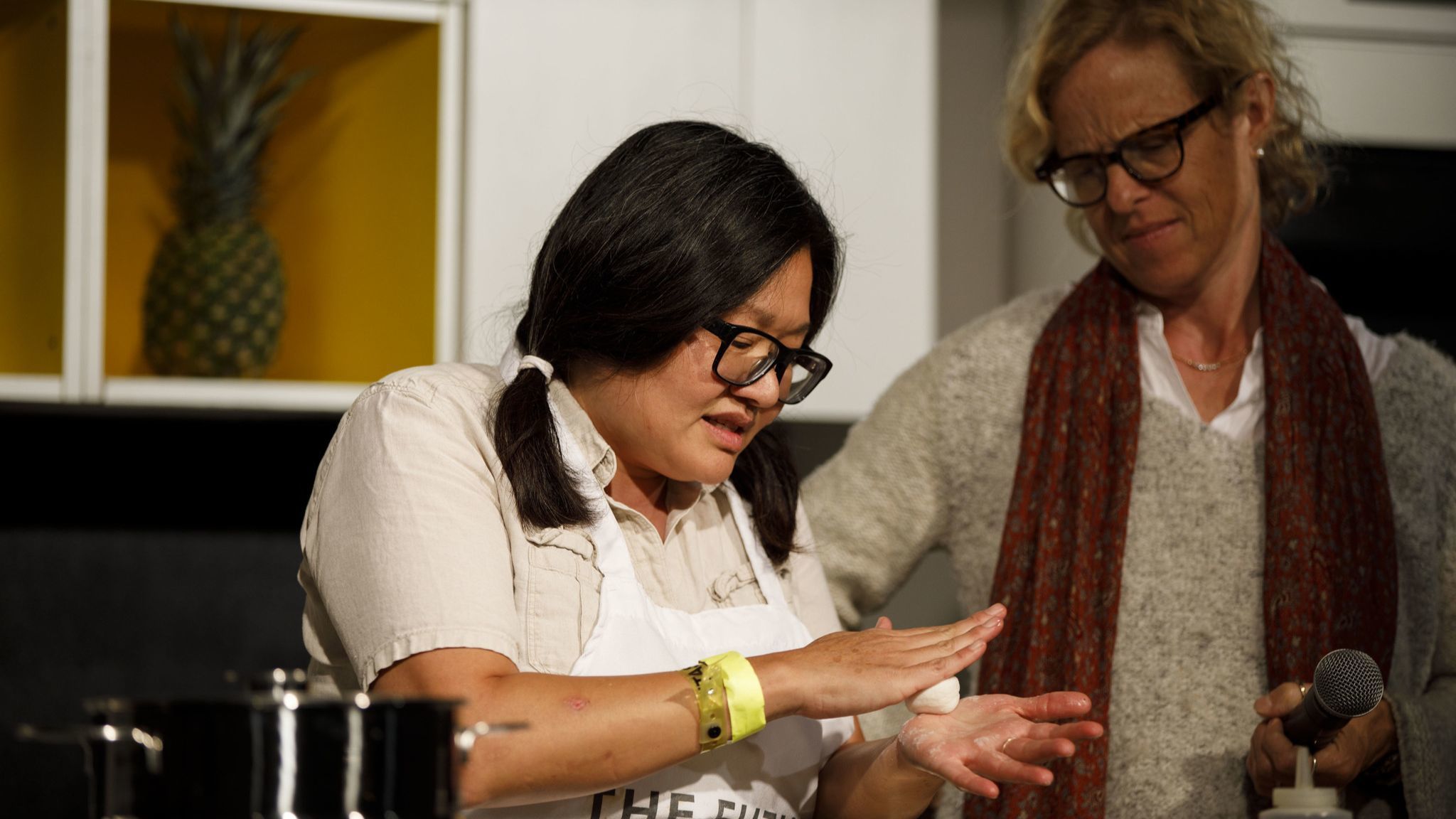 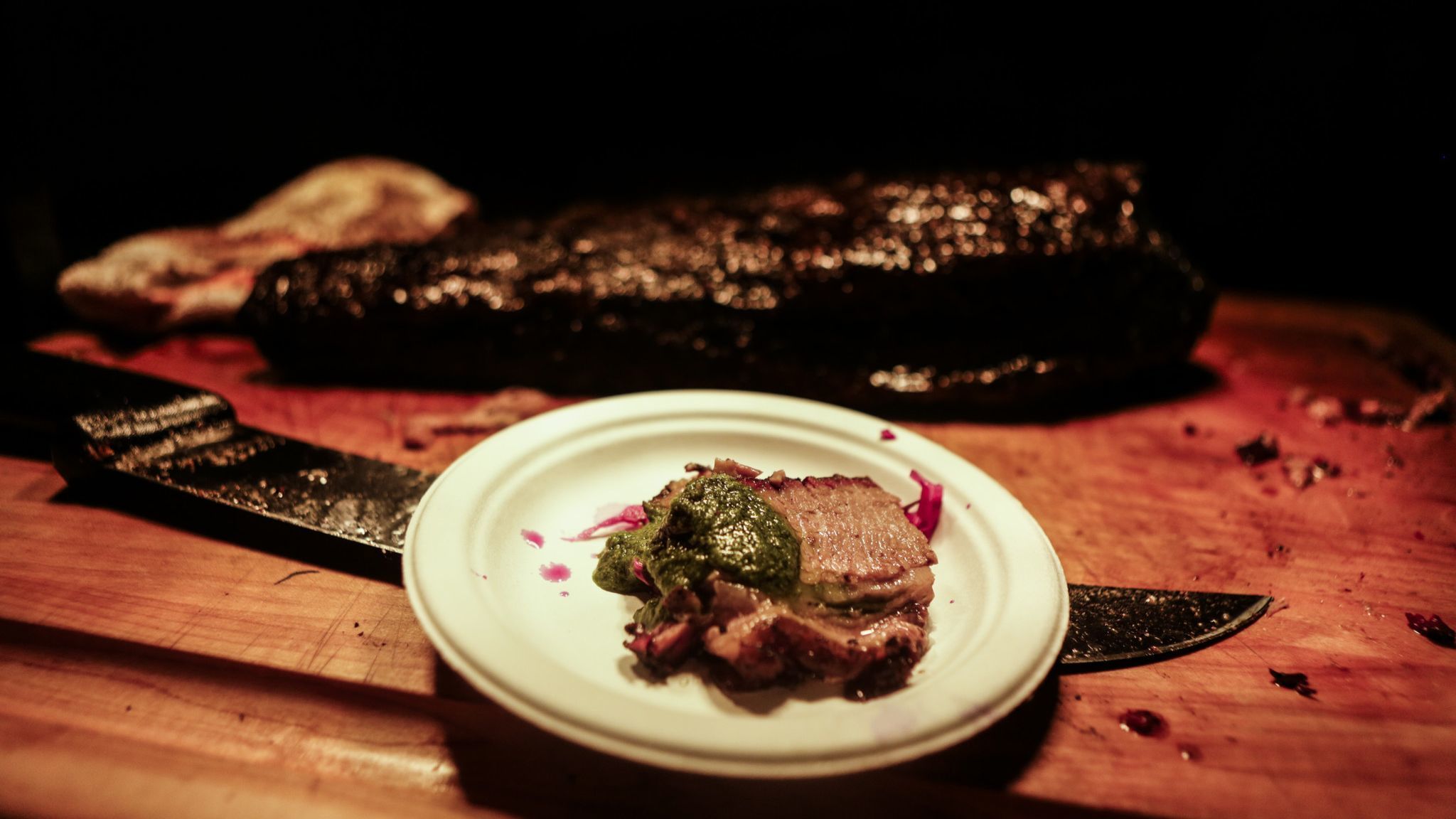 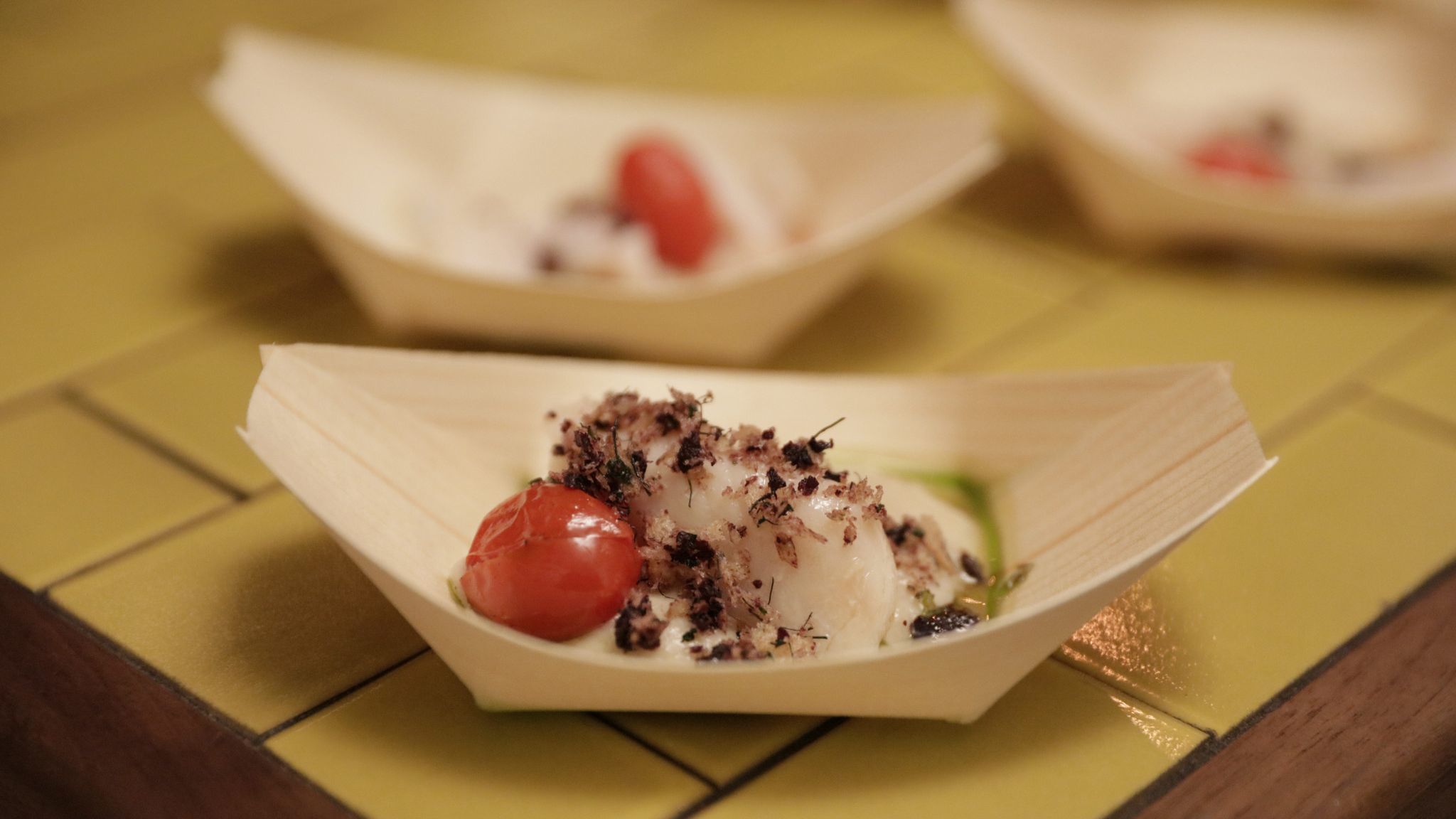 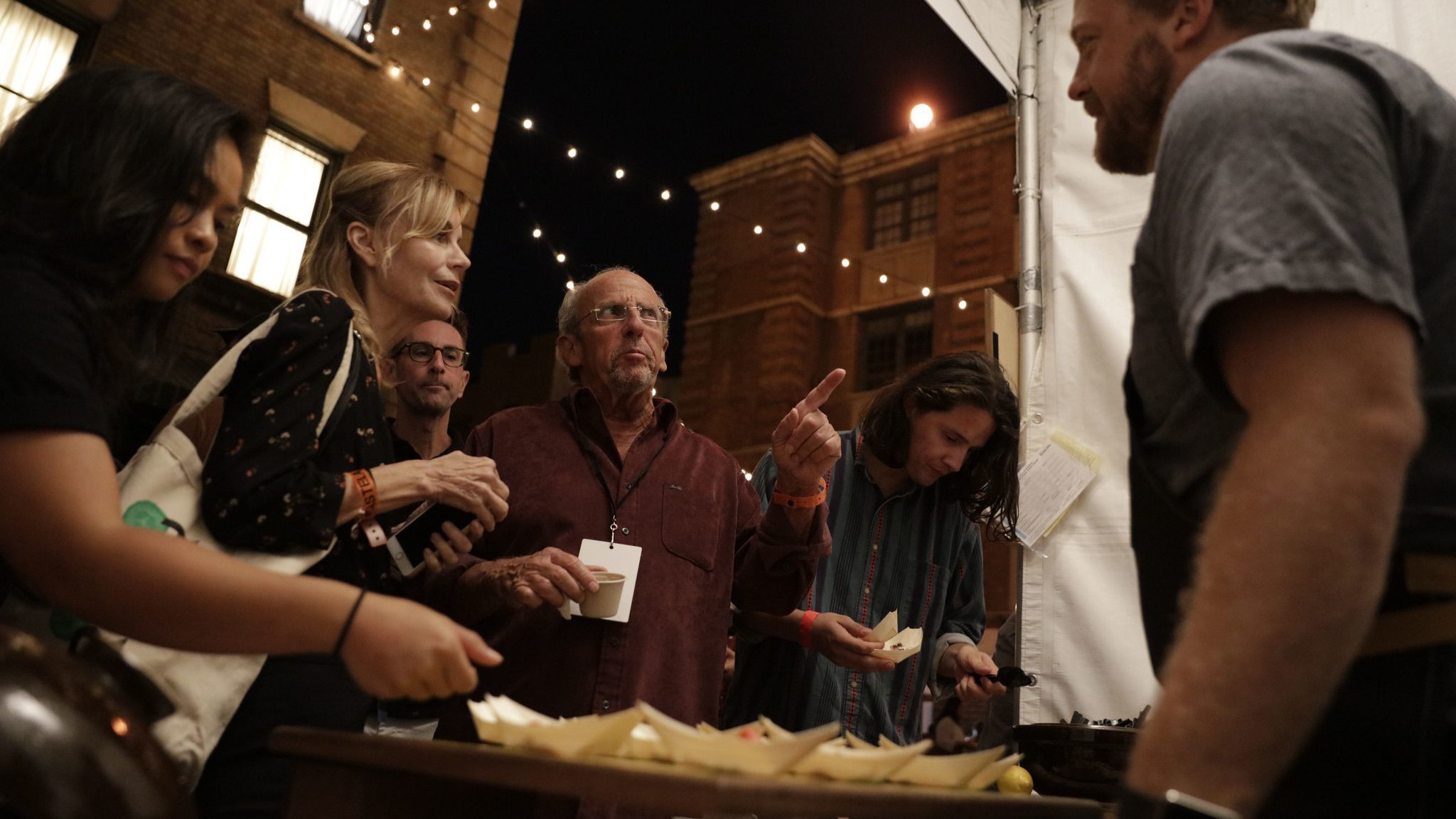 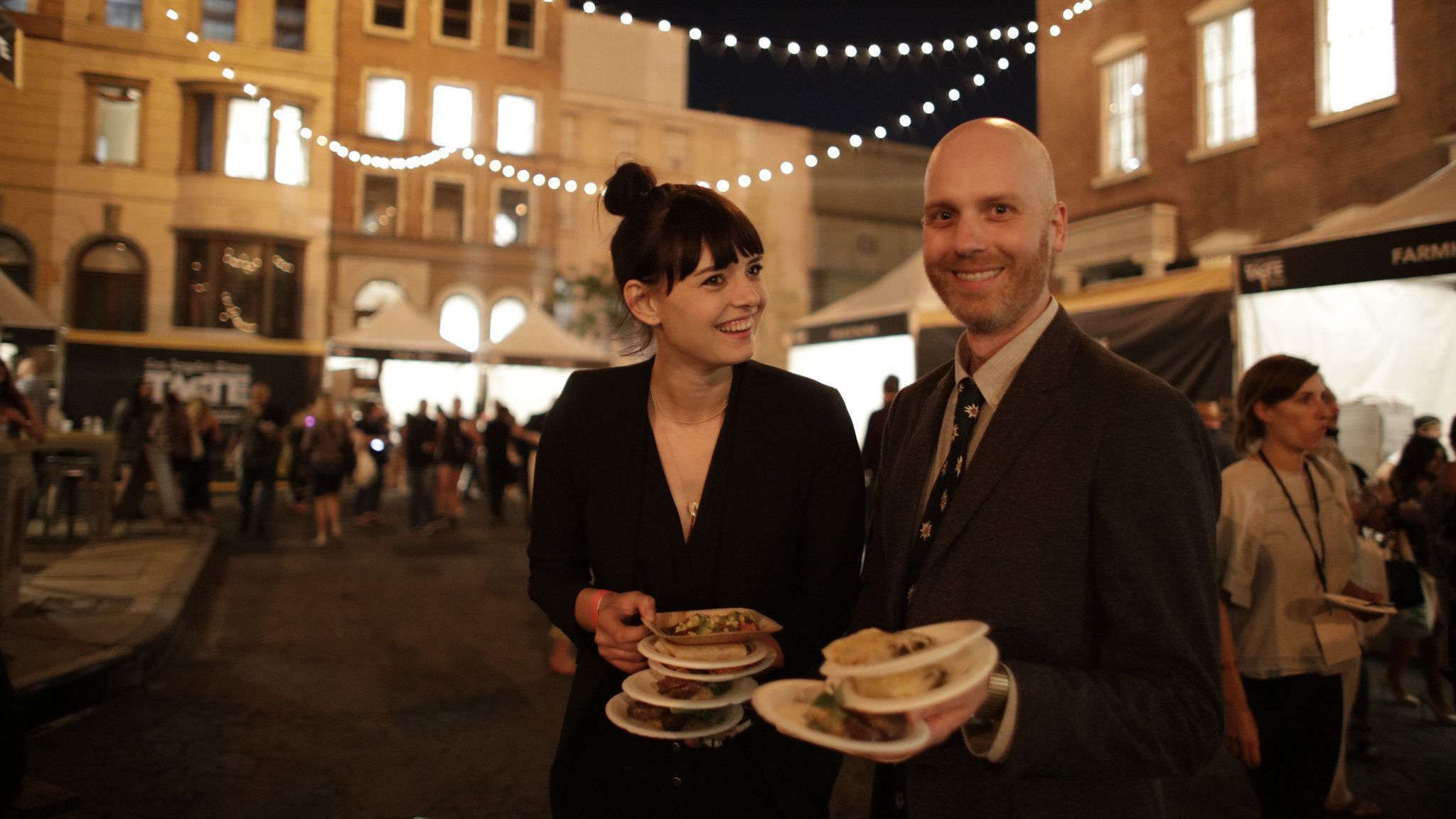 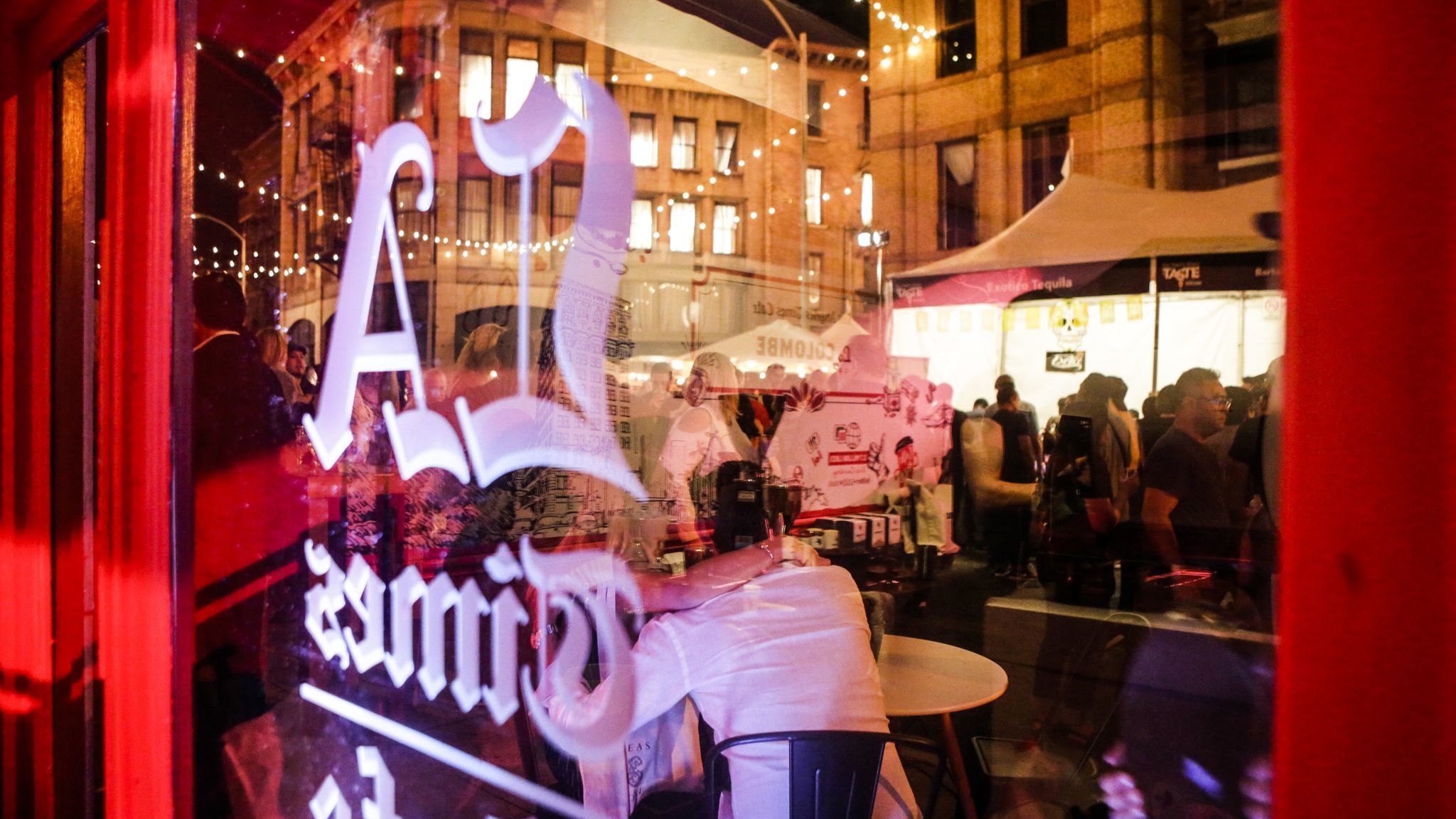 Starting with the step-and-repeat that was laid out in three neon signs with forks and the Taste logo in pastel pink, green, and blue, the stage was set for an unforgettable evening. Paying homage  to the one and only Jonathan Gold, there was a tribute wall in Café L.A. Times, a light installation gleaming with his notorious 5 rules for dining in L.A, and a mural (featured on the cover) with his words painted among his infamous silhouette. From a pied-piper-like demo of Cajun-by-way-of-Compton cuisine from Chef Michael Lawless of Shad’s New Cali Catering luring us on opening night to the decadent foie gras funnel cake, Chef Timothy Hollingsworth of DTLA’s Otium is known for, we found abundant foodie-Instgrammable-worthy moments. We had a lesson on how to make the ultimate martini by Cari Hah from Big Bar, wines from Italy, and cocktails ranging from bourbon to tequila.

In a display of Los Angeles’ wondrous global population, we got to taste the city’s range of flavors thanks to one of our top chefs in the city, Sean Lowenthal from Little Beast who cooked alongside Noelle Carter for a Southern-style cooking demo. We were incredibly lucky to have n/naka’s Niki and Carole Iida-Nakayama give us the lowdown on the art of Japanese cuisine. The event also stayed conscious of sustainability and taught us how to make a zero-waste cocktail thanks to Kim Stodel of Providence LA. A special nod goes out to these restaurants for creating dishes inspired by Gold: Faith & Flower, Herringbone, Chiguacle Sabor Ancestral de Mexico, and Pacific Dining Car.

This year’s event was one that marked yet another reason our L.A. love story continues, why Gold truly set the bar for excellence in journalism and culinary expectation, and why coming together to feast, sip, laugh, and find community is so critical to the thriving vibrance of this city. 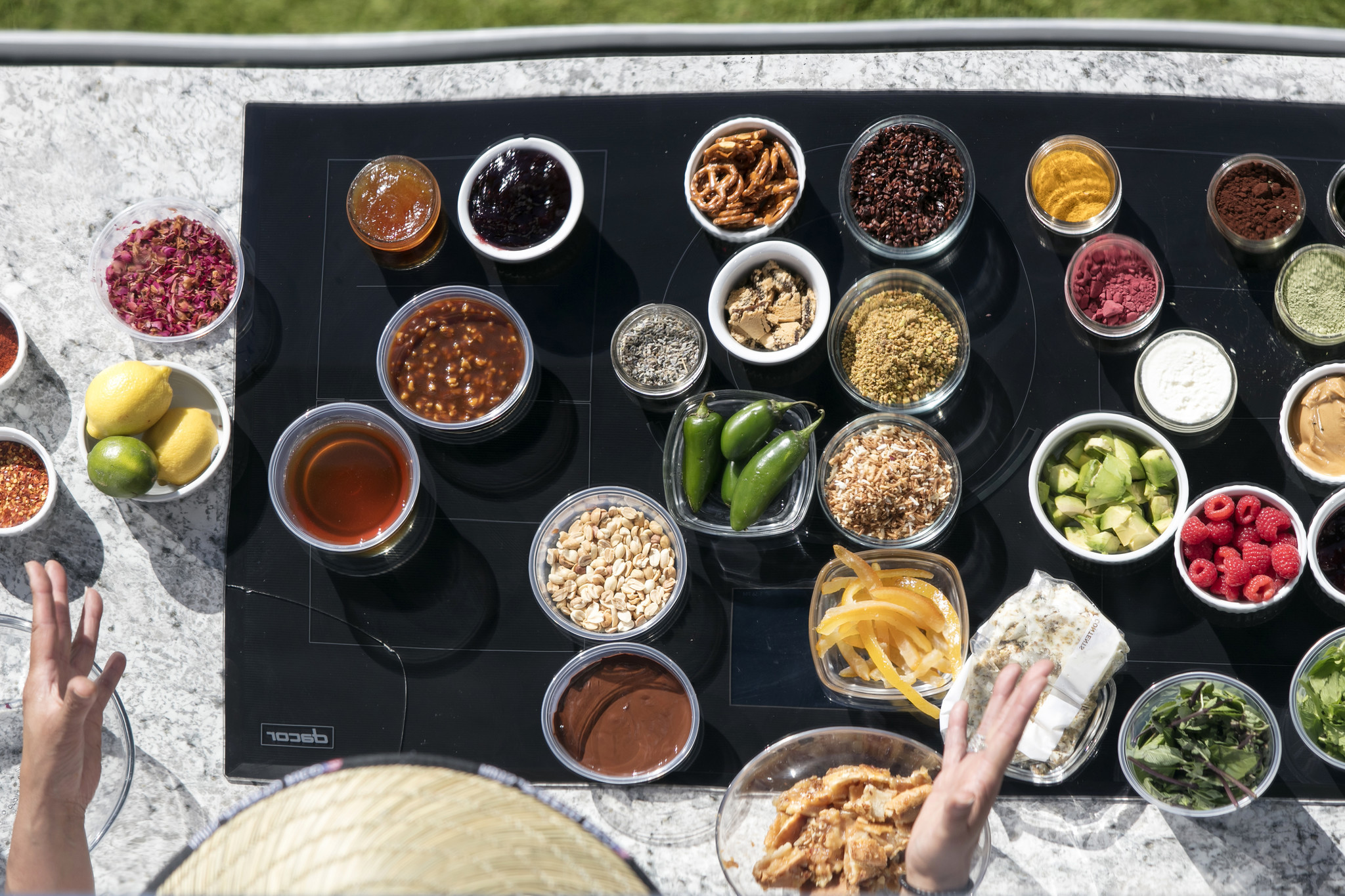 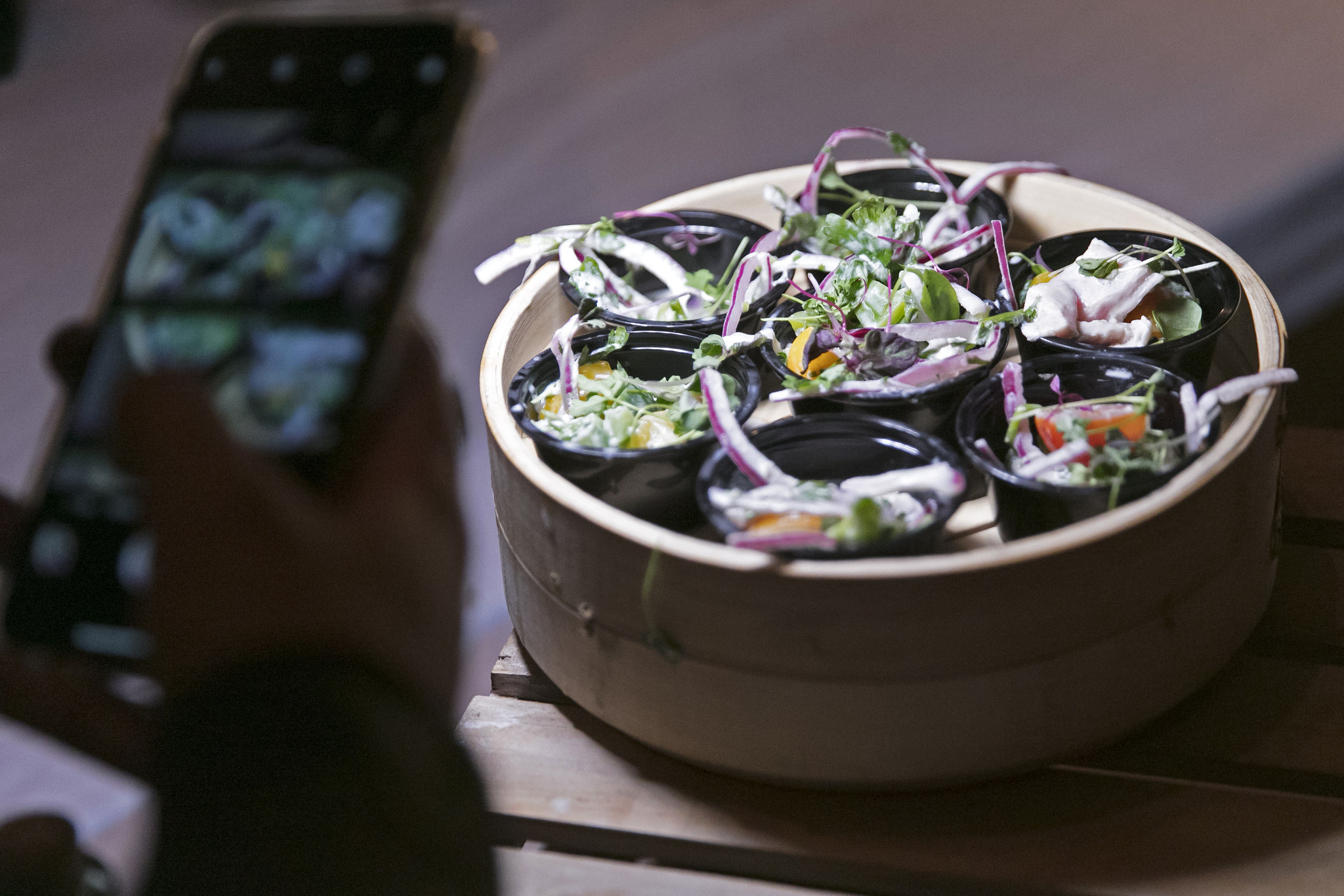 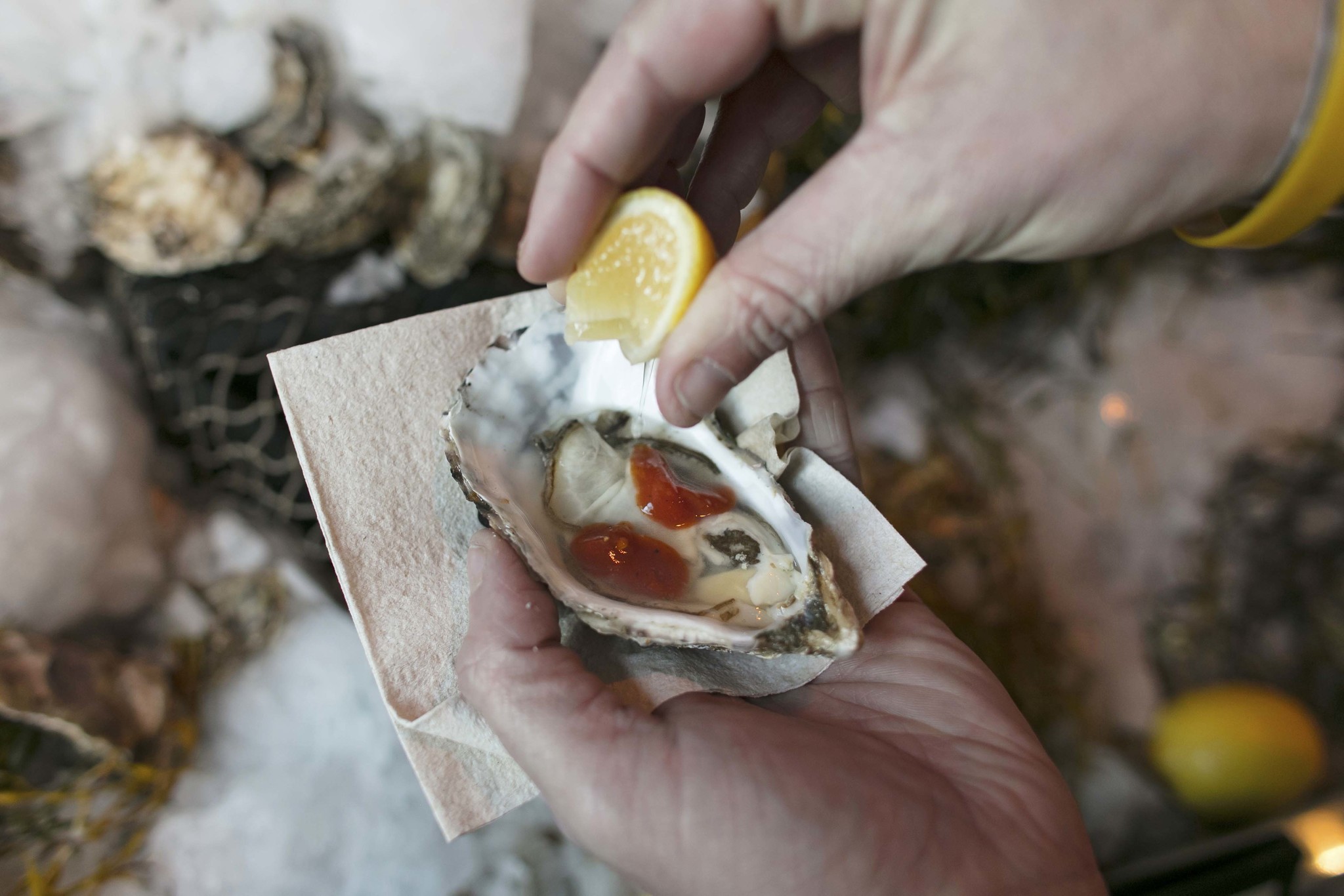 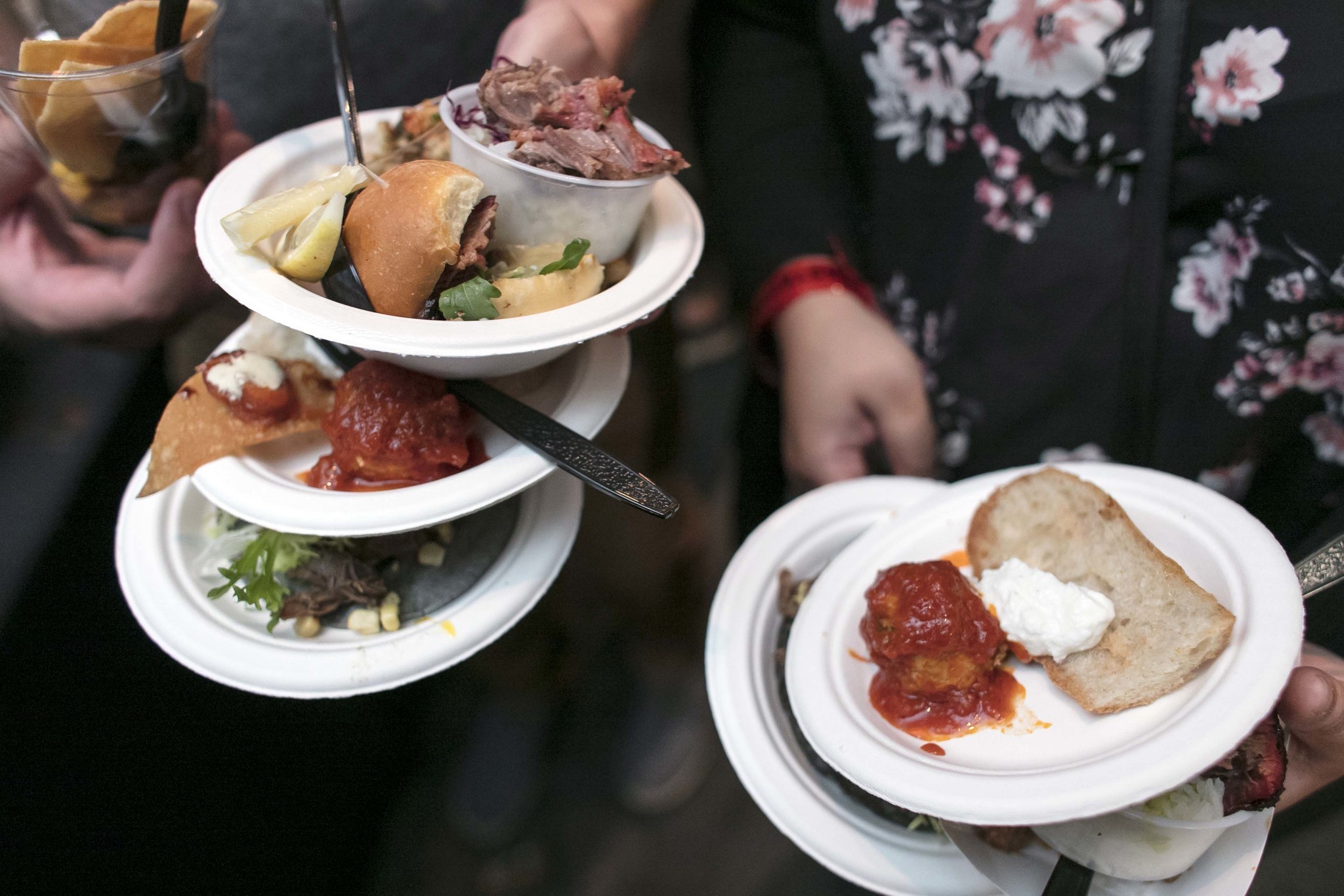 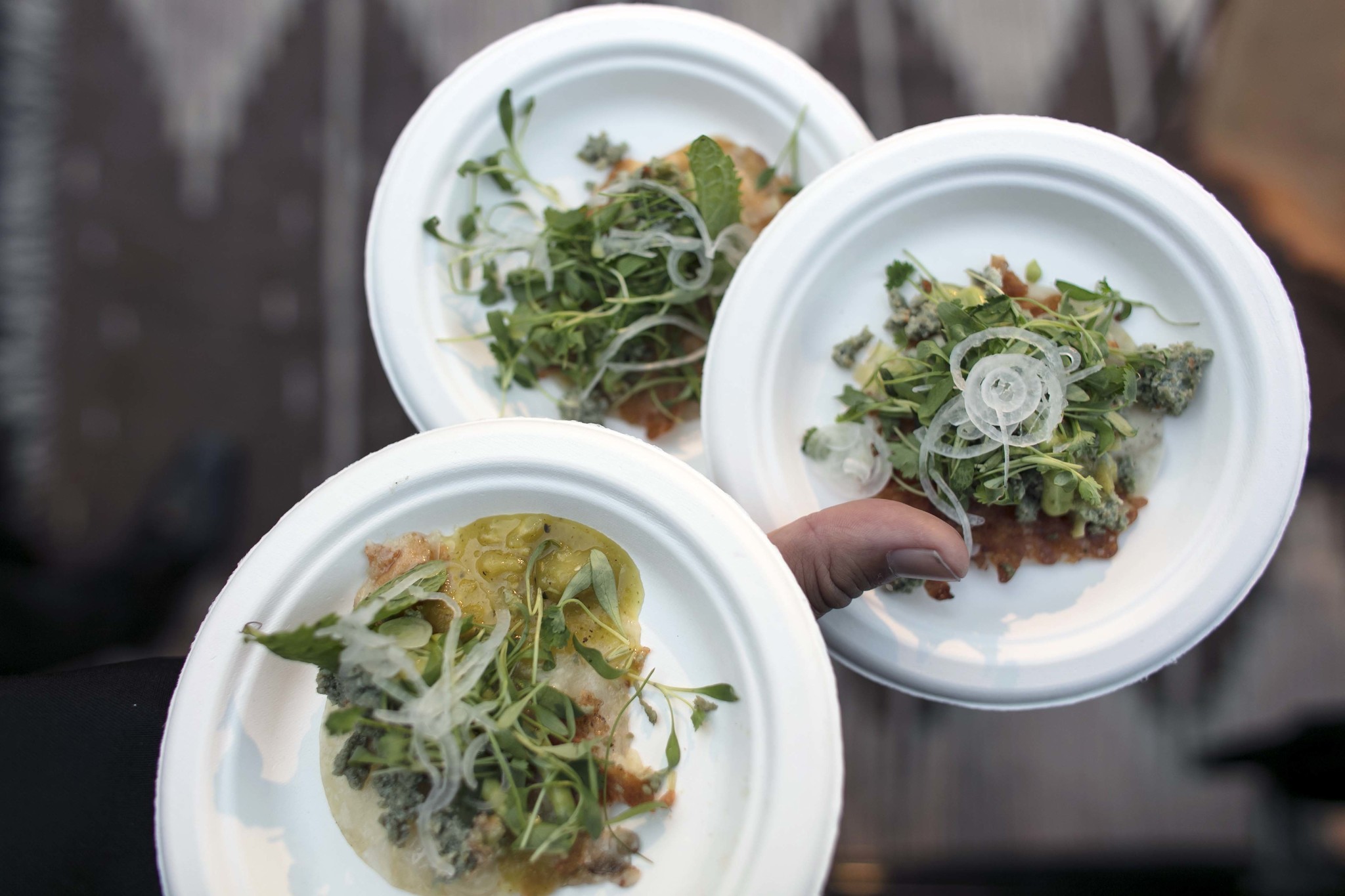 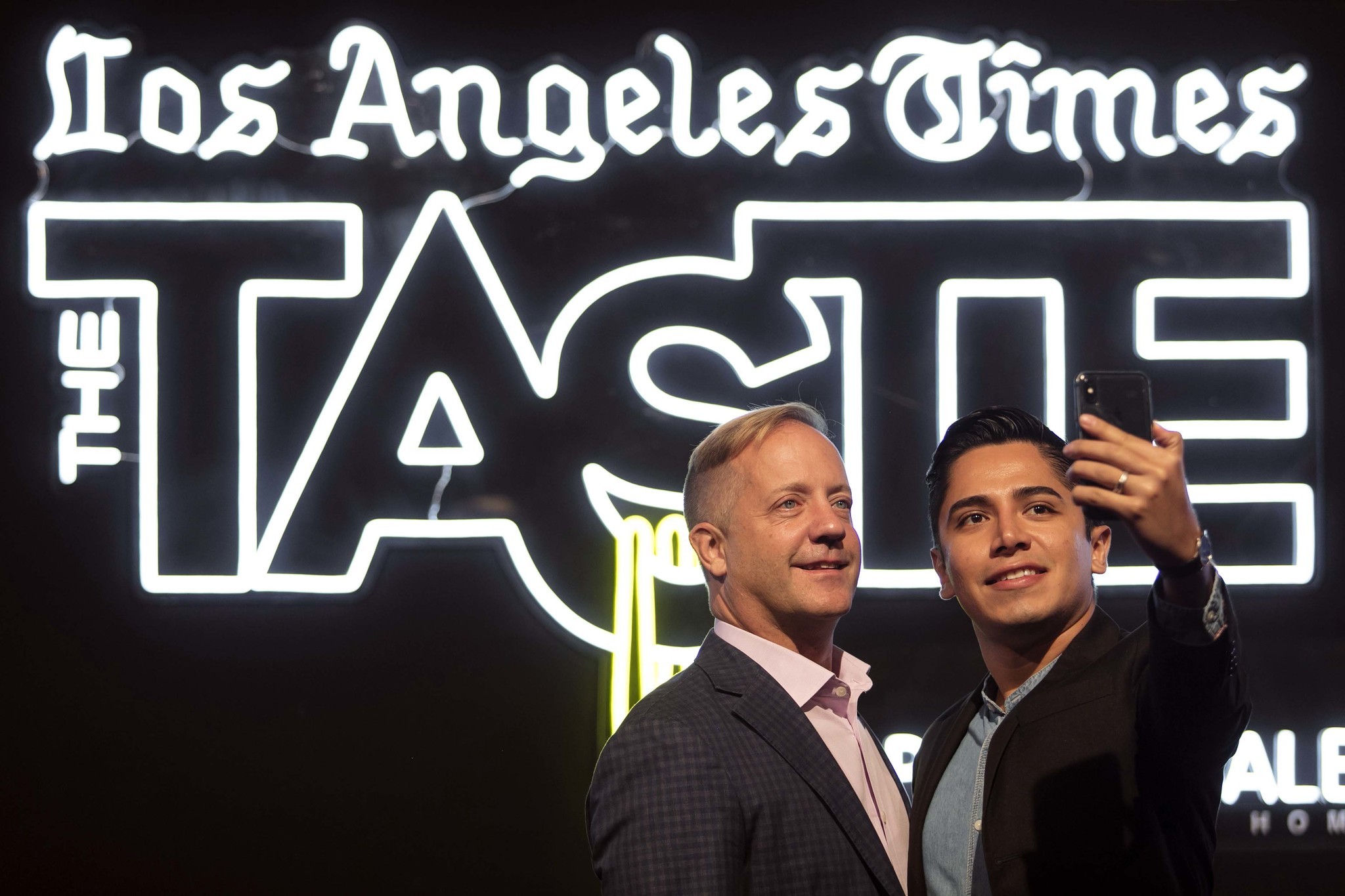 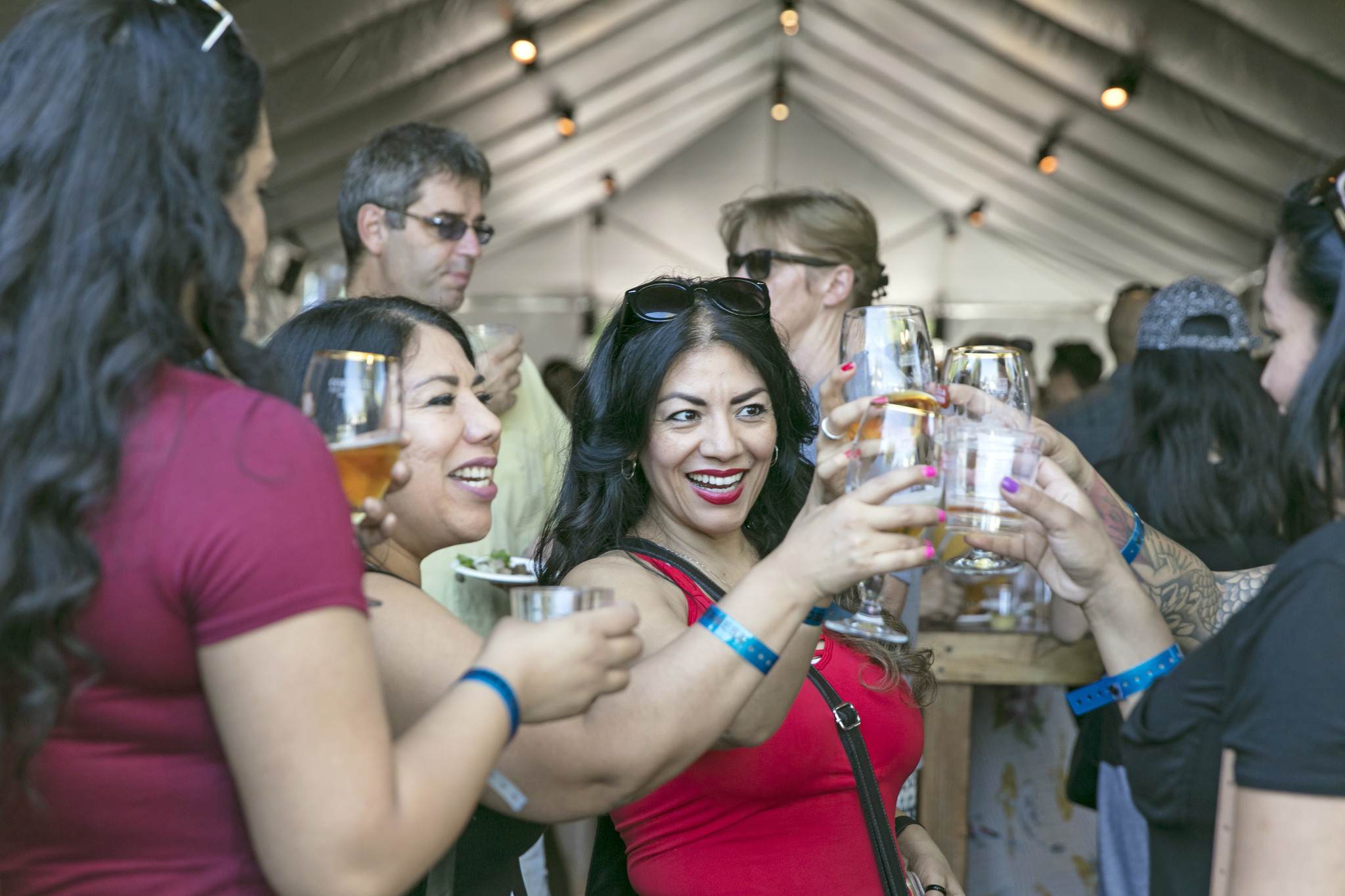 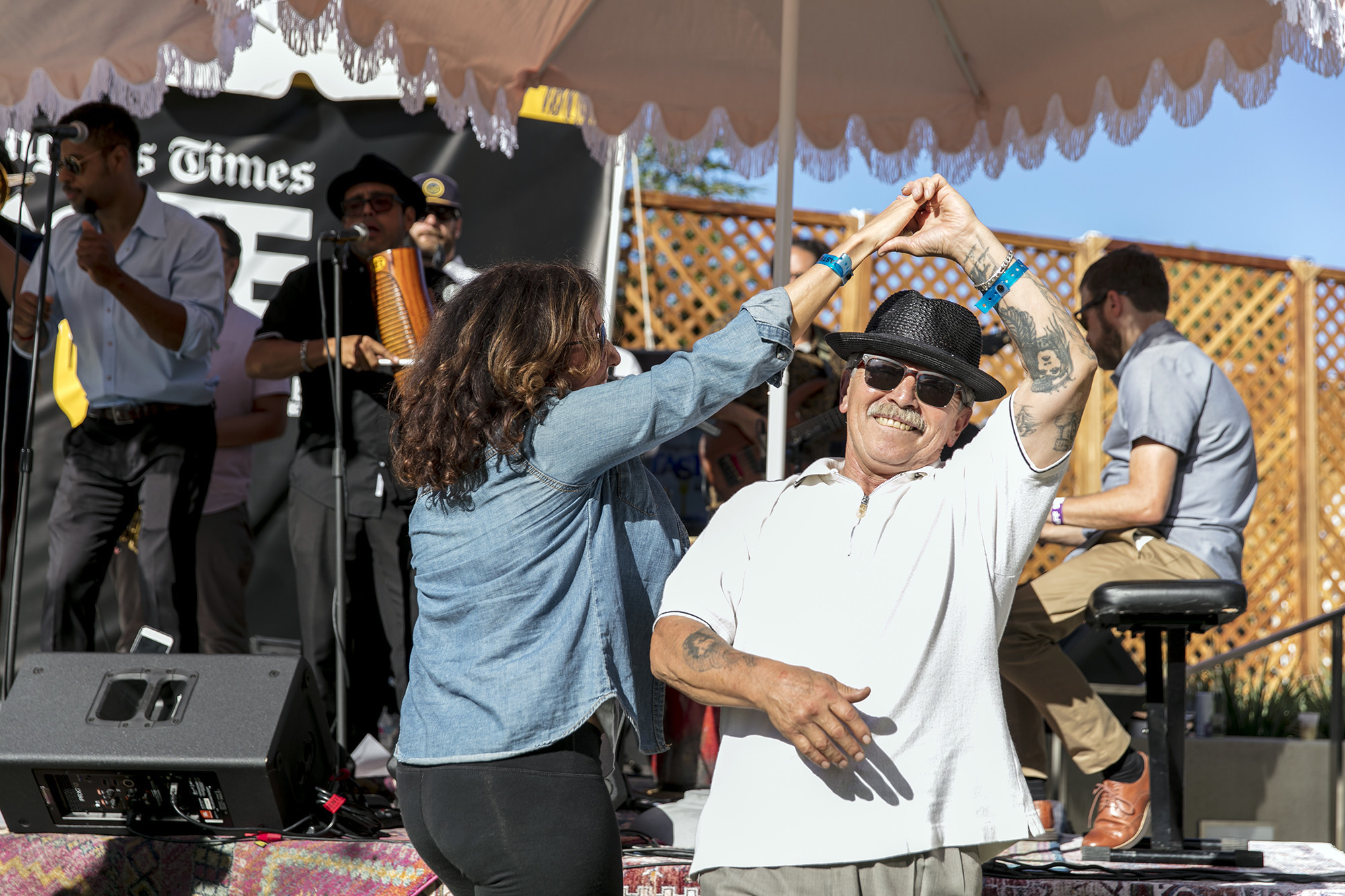 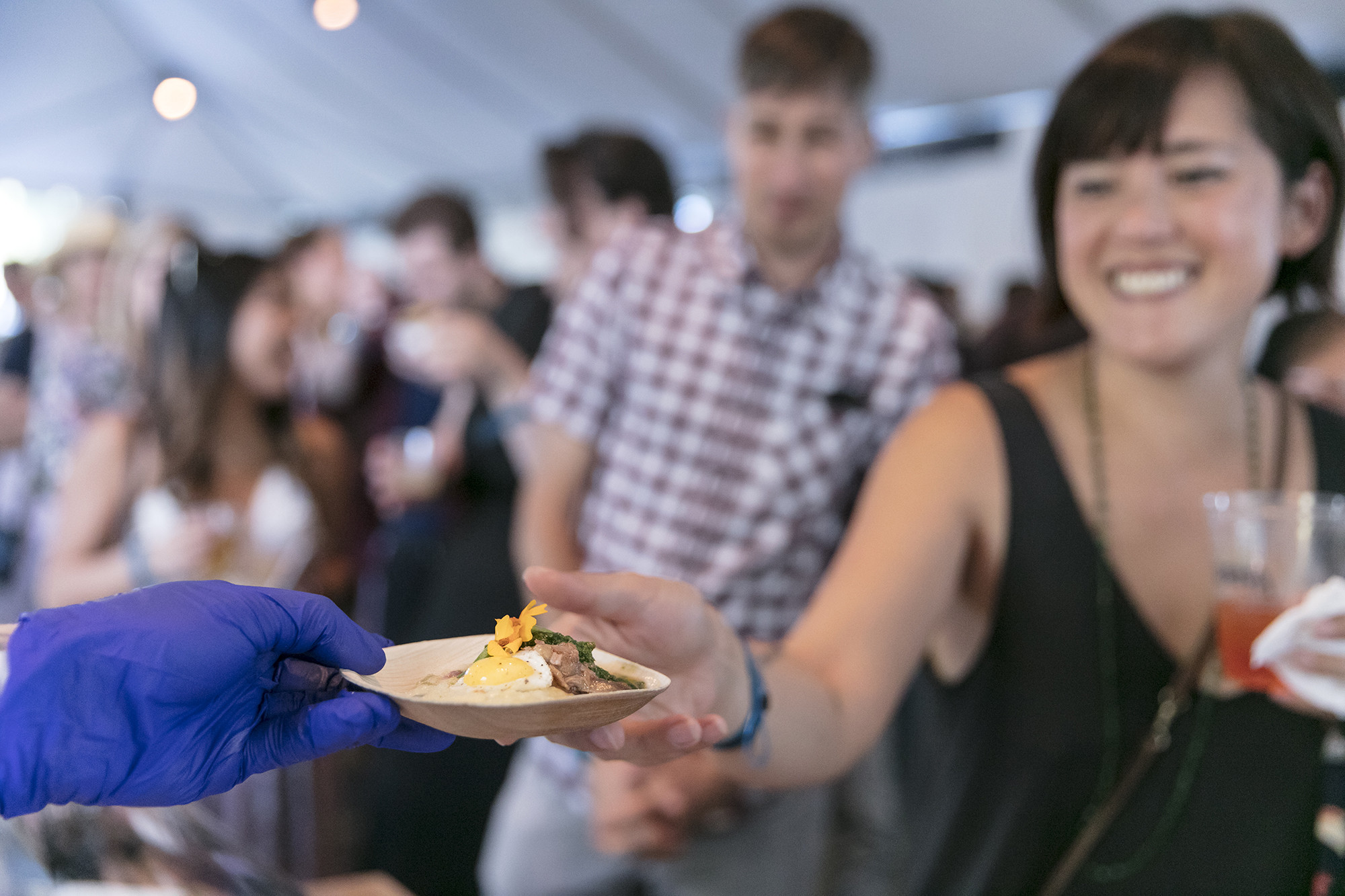 While Los Angeles has had the pleasure of being the original birthplace of Jonathan Gold’s, The Taste, his vision was re-imagined when Orange County joined the ranks of culinary adventure. Making it’s debut in Orange County, The Taste Costa Mesa invited guests to indulge in a display of ethnicity, cultural refinement, and taste that exemplifies the diversity showcased in the county’s vast cuisine. Spearheaded by the Times Food staff, Jenn Harris, Andrea Chang, Amy Scattergood and Noelle Carter, thousands of food enthusiasts were invited to experience what we have these past few years, only this time, honoring hailed chefs, acclaimed bartenders, and award-winning restaurants throughout Southern California.

Beginning with a mash-up of rustic flavors derived from Italy, Chef Linda Johnson of Filomena’s Italian Kitchen served up champagne chicken with risotto, while discussing her Italian roots and love of Italy. Going across the globe in a single leap thanks to Chef Hop Phan of Dos Chinos who blends two foodie favorites: Mexican and Vietnamese cuisine, we then head to Latin America and Asia, locales abundant in rich flavor, distinguished spices, and true diversity. From the famed Taco María by Chef Carlos Salgado to Chunk-n-Chip, locals and fearless diners attended to taste everything from classic to experimental cuisine. In the end, this was a terrific launch to what will hopefully be a long-standing tradition in Southern California thanks to the tried and true renderings that began with poetic words and passion-filled reviews by the never-to-be-forgotten, Mister Gold.